nutrəl dɛnsəti fɪltər
Term:
Description: A neutral density or ND filter is a filter that is used to darken or lower the amount of light that passes through the lens by a specified number of stops, ranging from a fraction of a stop to 10 stops or more. There are also variable neutral density filters that change the amount of light allowed to enter when rotated. Uses for neutral density filters include shooting in bright light with a fast aperture for shallow depth of field, capturing video at appropriate shutter speeds in bright light, and taking long exposures during the day. 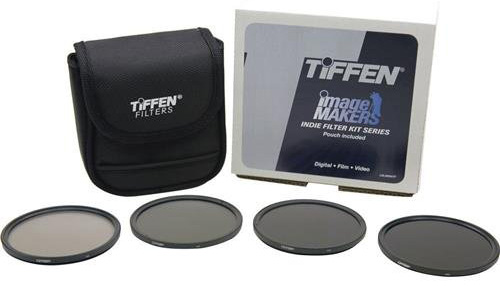 A neutral density filter is, ideally, a neutral grey filter that has no effect on the image other than darkening it. (As opposed to UV filters, Polarizing Filters, and other special effects filters that may significantly influence the nature of the resulting image.)

Ideally, a good neutral density filter will not introduce any color cast to an image, or reduce the image detail / sharpness by any discernible amount. Unfortunately, some ND filters, from the affordable to the expensive, do introduce a faint color cast to the resulting image. 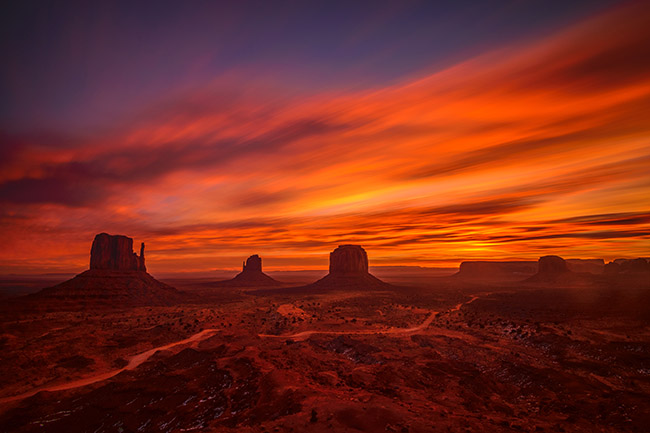 While a warm or cool side effect can easily be compensated for by adjusting the camera's white balance, unfortunately the color issues with ND filters also manifest in not just temperature but also tint, or the magenta / green spectrum. This can still be roughly corrected for either in-camera or in post-production, however the purity of the overall subtle colors may still be compromised.

If a photographer only finds themselves using an ND filter very rarely, then a "cheap" one is likely good enough to achieve the desired effect. However a photographer or videographer who uses ND filters on a regular basis, let alone multiple ND filters of different densities or sizes, would be wise to invest in a filter set that is as color-neutral as possible, and also consistent between each filter. 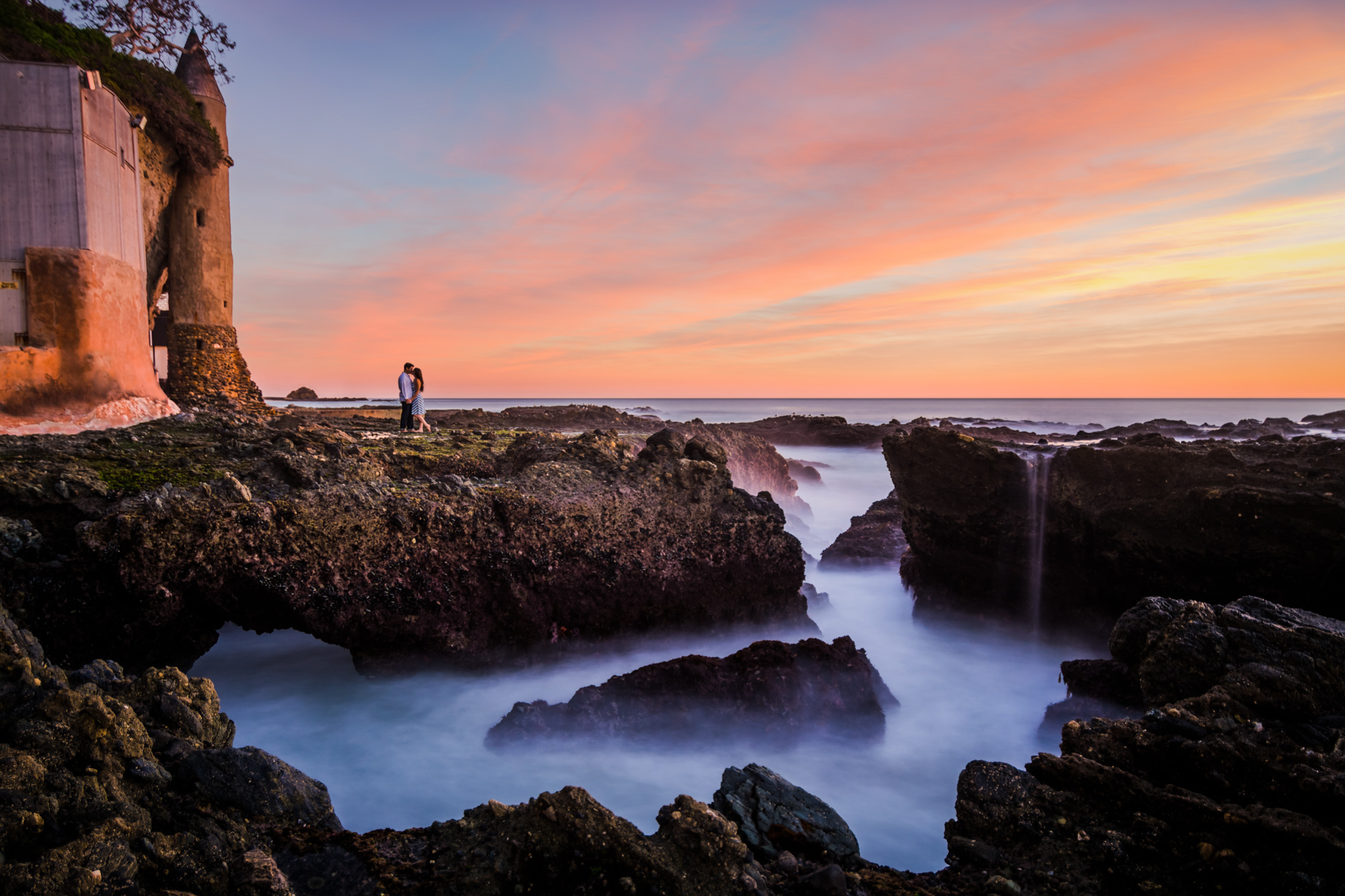 As photographers, one of our most common problems is not having enough light. Whether we're in a dark banquet hall or in a dark chapel, the obstacle of getting enough light for a properly exposed image has led us to spending thousands of dollars on top-notch camera sensors, flash units, remote triggers, video lights, wide-aperture lenses, and other equipment.

4 Reasons to Use ND Filters

So why would we ever want a filter that allows less light into your lens? The Neutral Density Filter

doesn't change any colors in the image and doesn't boost color nor have any reflection reducing effects like the polarizing filters. The Neutral Density Filter's sole purpose is to reduce the light entering your camera by three stops. This seems like an odd filter to want in your bag, but here are four great reasons why photographers might want to own a Neutral Density Filter:

1) Daylight Blur - Let's say you're at your smallest aperture and your lowest ISO; and your shutter speeds are still too high to capture blur while obtaining the proper exposure. With this Neutral Density Filter, the amount of light is divided by three, allowing you to use slower shutter speeds in broad daylight, capturing the desired blur.

2) A Shallow Depth of Field in Broad Daylight - Let's say you're at your lowest aperture because you want your image to have a low depth of field.However, even at your lowest ISO, there is so much light in the scene that your image is over exposed, even at your fastest shutter speed. The reduction of light created by the ND Filter allows you to slow down your shutters and still stay at that f/1.2 - f/2.8 range.

3)Venue Shots - Let's say you're shooting a wedding and you have 10 minutes to get your perfect venue shots. However, let's say that the waiters and waitresses are not done setting up and they are still moving within your frame. Instead of having to rely on Photoshop to get them out of the scene, you can place your camera on a tripod, take the aperture down to its smallest possible aperture, decrease the ISO to its lowest ISO and use a long (30 second or so) shutter speed. However, your shutter speed can only be as long as the lighting in the room will allow, so theNeutral Density Filter might give you those extra stops needed to increase the shutter speed time long enough to blur out (essentially erase) the people in the scene. The moving people will magically disappear from your scene without the use ofPhotoshop, saving you hours of time in post production.

4) Glassy Water - Similarly, if it's not dark enough for long exposures, you won't be able to use the technique mentioned in this article on glassy water. The Neutral Density Filter will allow you to block out enough light to utilize this technique.

Now before you run out and buy a Neutral Density Filter, note that this is probably not the most important filter to have in your bag. I would argue that that Polarizing Filters or the UV Haze Filters are more important for your lenses, as they actually improve the quality of your images and protect your lens glass. Furthermore, most of the results of the techniques mentioned above can be duplicated by some form or another; and if you're strapped for cash, this might not be the first filter to jump on.However, if you see yourself having issues in any of the four situations mentioned above, you may want to consider picking up this filter.

HDR PHOTOGRAPHY LENS FILTER The only filter we use for HDR Photography is an Neutral Density (ND) filter. An ND…

Over Powering the Sun | Part II | Transcription All right, we’re also going to teach you a little technique…

How To Take Mesmerizing Travel & Landscape Photos With Long Exposure

Think back to the last time you saw a great photograph and consider why you felt awestruck. More than any…

Since 2011, PolarPro has been known for its premium and comprehensive range of ND and polarizing filters. In fact, they…

For years, PolarPro has been known for its premium and comprehensive range of ND and polarizing filters for cameras and…

Stefan Schäfer always knew he wanted to work in a creative field. At age 18, he started his own business…

If you live near a coastline or beach, then seascape photography can be both rewarding and beautiful. Here are some tips and imagery to get you started, or help elevate your imagery to the next level!

We usually think of photographs capturing a split-second moment frozen and preserved in time: a ‘snapshot’ – it’s even written in the name. However by taking a long exposure photograph, it’s an effective way to distil a moving image into a static one.

Undoubtedly one of the leaders in filter technology and quality with Emmy & Academy Award winning technology, Tiffen aims to…