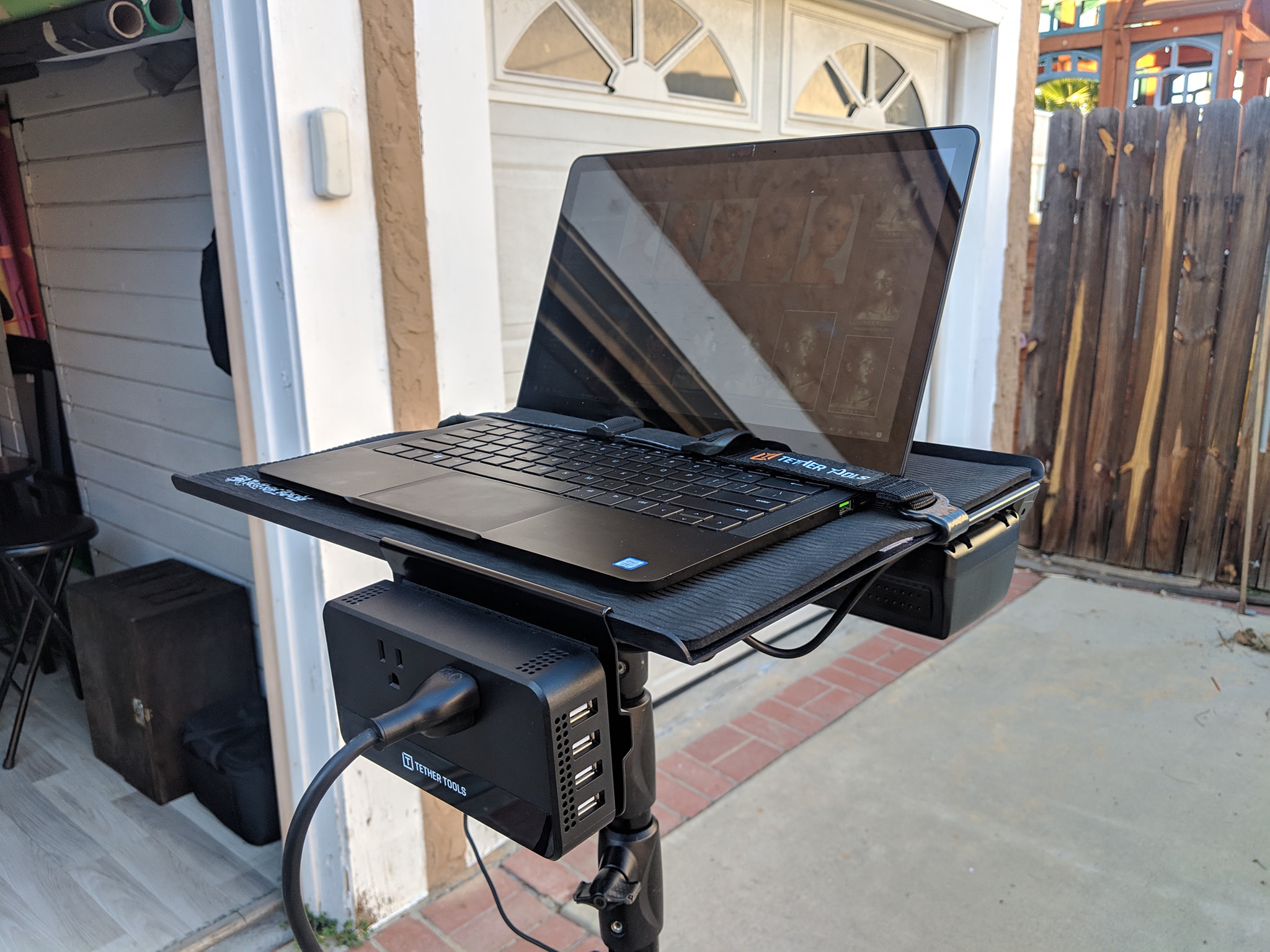 A lot has changed within the commercial photography world in the last few years. Perhaps nothing has changed more significantly than portability, though. Since the release of the Profoto B1 five years ago, and the future release of battery-powered strobes to follow, lighting on location finally became a viable option for individual photographers without the help of a team of assistants and grip truck. I’ve reminisced about this often, discussing carrying around a 20lb lead-based battery and inverter to use lighting kits on location – often joking about how much better shape I was in back then.

But since the release of lightweight power solutions for strobes, we’ve been in a bit of a transition phase. Portability while lighting on location is now viable, but many of the other luxuries of a commercial shoot are still not. Tether Tools, however, is looking to help bridge that gap with the release of the ONsite Power System.

Admittedly, I was a skeptic when I first heard of the ONsite Power System – but only due to my own cynicism. As someone who specializes in minimal setups, I couldn’t help but think that something like this should have been readily available before now. Working out of my own personal 300sq ft studio, there is always a shortage of power outlets, causing me to run a series of surge protectors that would give an electrician a heart attack. With cables crisscrossing across the floors, I’ve often thought there had to be a better way.

Despite my own cynism, the ONsite Power system works exceptionally well. The plug and play nature of the V-mount system gives you a lot of versatility, and a single battery can keep my laptop up and running for an additional 5 hours with my testing. The added USB ports on the side allow for a spiderweb of cell phone cables, keeping your entire team’s phones up and running when out in the desert. 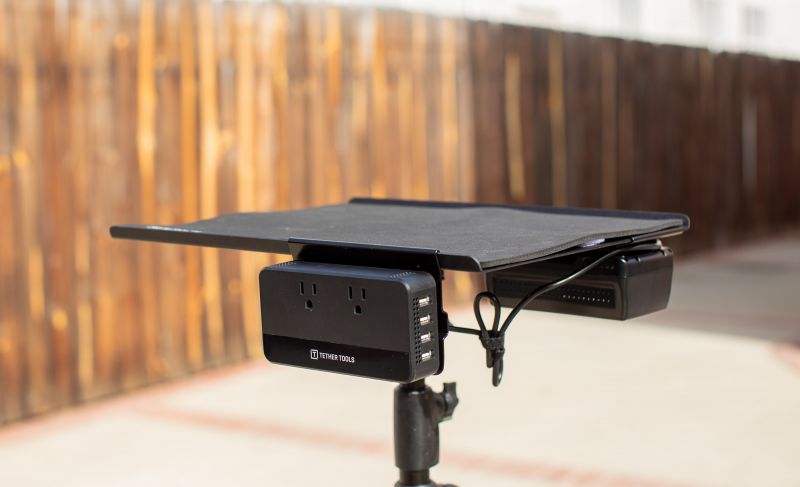 For those not versed in V-Mount batteries, they’ve become a bit of the standard in the video production world, especially on the larger cameras like RED camera systems and some of the professional Sony platforms. V-Mount batteries have one major advantage – power output. Whereas traditional cameras have batteries in the range of 1000-2000mAh of power, V-Mount batteries have power ratings upwards of 12,800mAh. This added output allows for way more usage during long shoot days, and the added voltage gives you additional usage beyond just cameras.

The system does have its limitations though. Frankly, V-Mount batteries aren’t really built for these kinds of uses, so they’re limited to 200W output power. This means that laptops, phones, tables and charging batteries are all fine uses for this, but it won’t be able to support powering strobes, desktop computers, or hair dryers.

Setting Up the OnSite Power System

While the ONsite power system is designed first and foremost with the use of their TetherTable Aero, mounting options are pretty versatile, and I’m interested to see what hacks people develop for the system. As an owner of the Tether Table Aero, my setup was simple. Included in the ONsite Power Pro Bundle is a power plug modular, V-mount battery, and universal bracket system that makes attaching it to a Tether Table Aero a 5-minute task. Not only is the bracket a sturdy system permanently affixed to the bottom of your table, but it also allows the system to quickly be disassembled for when you’re on the go and you still want a power system. 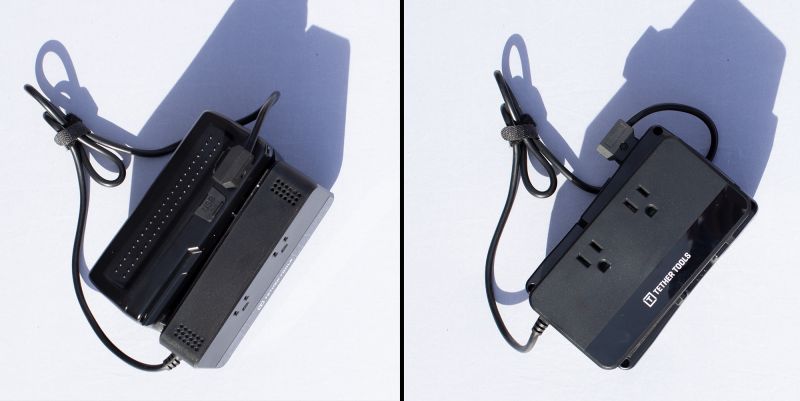 At  $269.95 and $349.95, the ONsite Power System might be priced out of the range of casual users, but for many of those who want to tether on location, or even just want AC power on location, a tool like this is a welcomed addition to a kit bag. Additionally, if you already own V-Mount batteries, the ONsite D-Tap to AC Power Supply can be purchased for only $89.99. 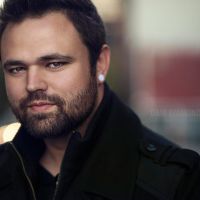 Zach Sutton is a Portrait and Beauty Photographer based out of Los Angeles, CA. In addition to being a full-time shooter, Zach also dedicates a lot of his time teaching, through articles, lectures, and workshops all over the world. You can find more about Zach’s work and classes on his website at https://zsuttonphoto.com Instagram - https://instagram.com/zsuttonphoto/