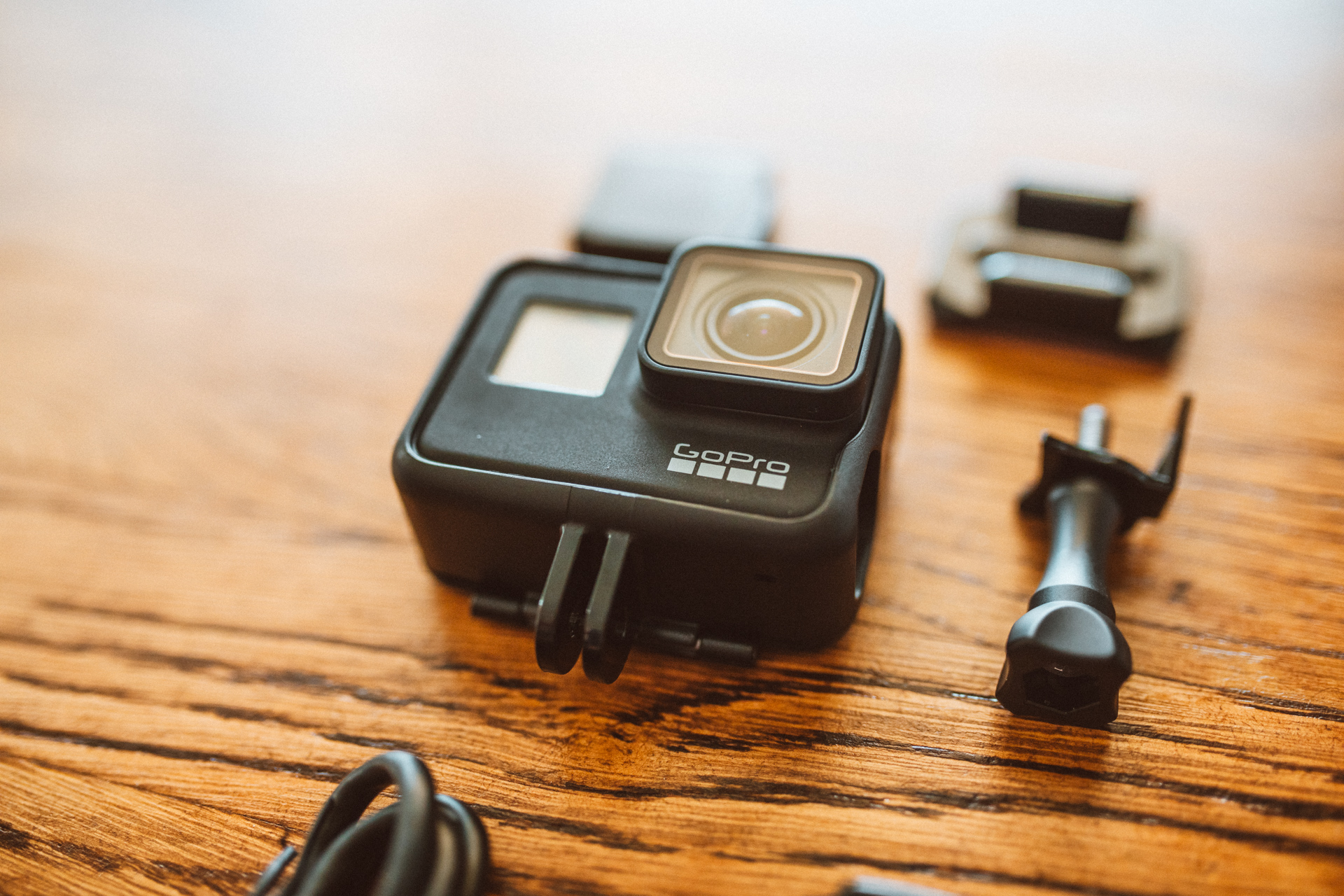 So, here’s the thing…

GoPro isn’t going away, nor should they. I’ve read a lot of criticism about GoPro and how they are going to wither away because of other competitive innovation, yada yada yada. The reality is, GoPro does the GoPro thing really well. When it comes to needing something that performs the function of a small, reliable action camera that can be mounted on anything from a surfboard to an astronaut to a puppy, GoPro is the go-to. And no, for my first impressions review I wasn’t able to actually test it on any of those go-to functions.

I’m no extreme athlete and I had a limited time to test this out both because of my schedule and because of some software issues that I’ll talk about later. As always I’ll be coming at it from a photographer’s perspective and give my quick take on some of the functionality, editing abilities, and things I liked and didn’t. I fully trust that the GoPro Hero 7 can do all of the fun things it has been known for since the beginning and there are a plethora of youtube videos you can look up to see those functions. To see all the tech specs for it you can click here, too.

I’ve always been impressed with the functionality of GoPro’s cameras. With a 12MP camera and RAW photo capability, 4k video at 60fps or 1080p at 240fps it is an amazing tool for anyone that does any kind of photo or video, but even more-so for extreme athletes. The Hero 7 also features Gopro’s Hypersmooth and TimeWarp video stabilization, which allowed even my handheld test to turn out good with the limited amount of time I had to fully test the different video options. So, even without any extra accessories, you can get very good usable clips with the GoPro Hero 7. For a more detailed list of specs click here! 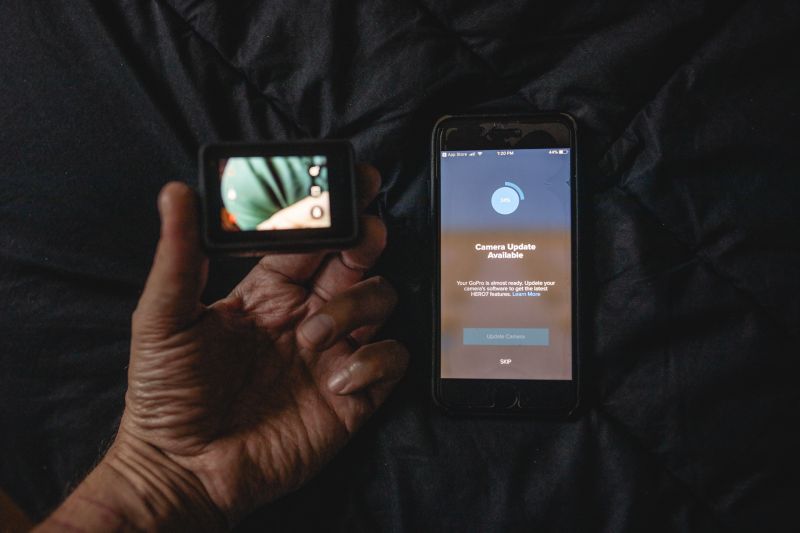 Yep, small. True, I have some big hands, but this thing is tiny, which is awesome for travel and low-profile needs. Often, small products also feel cheap, which this one does not. I love the grip and the weight of it.

Second, the packaging it came in is about as no-frills as it gets, and honestly, I’m fine with that, too. I’ve just been spoiled by some of my other products that make the unboxing experience a fun one. This didn’t have a dedicated charger, just a cord; this is what came out of the box: 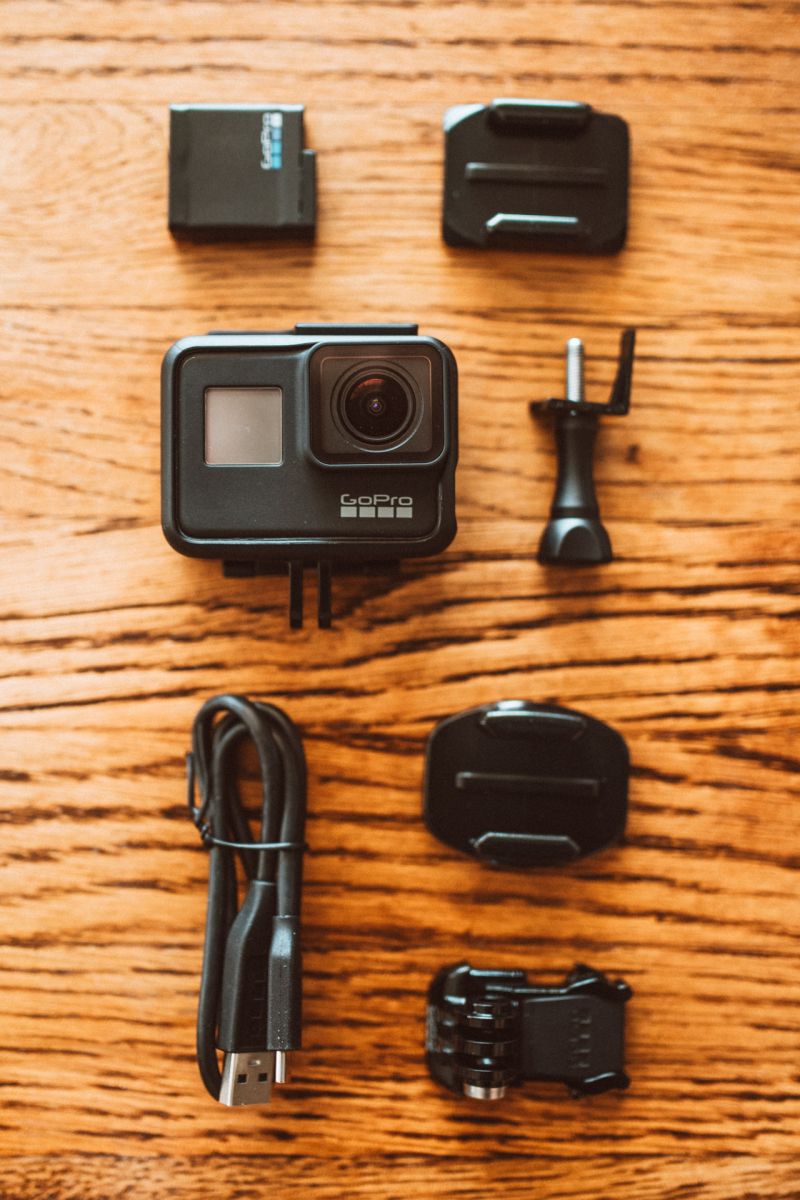 Camera. Battery. Cord. Mounting clips. You get what you get. 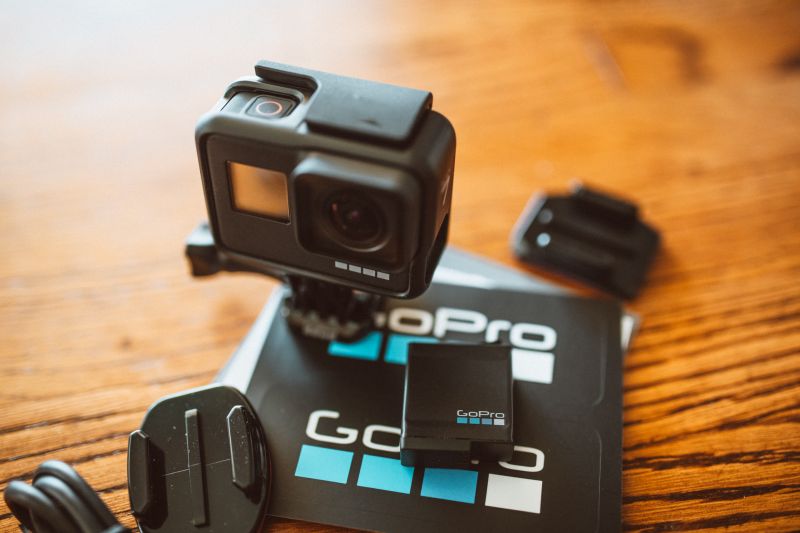 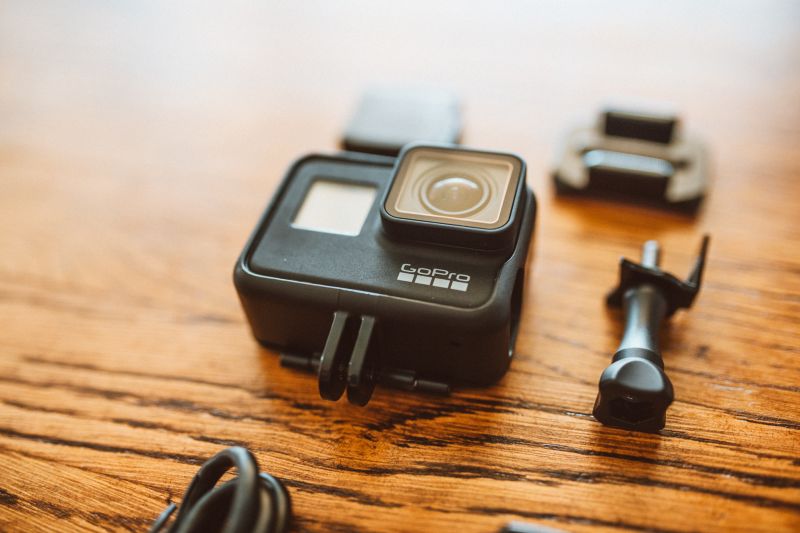 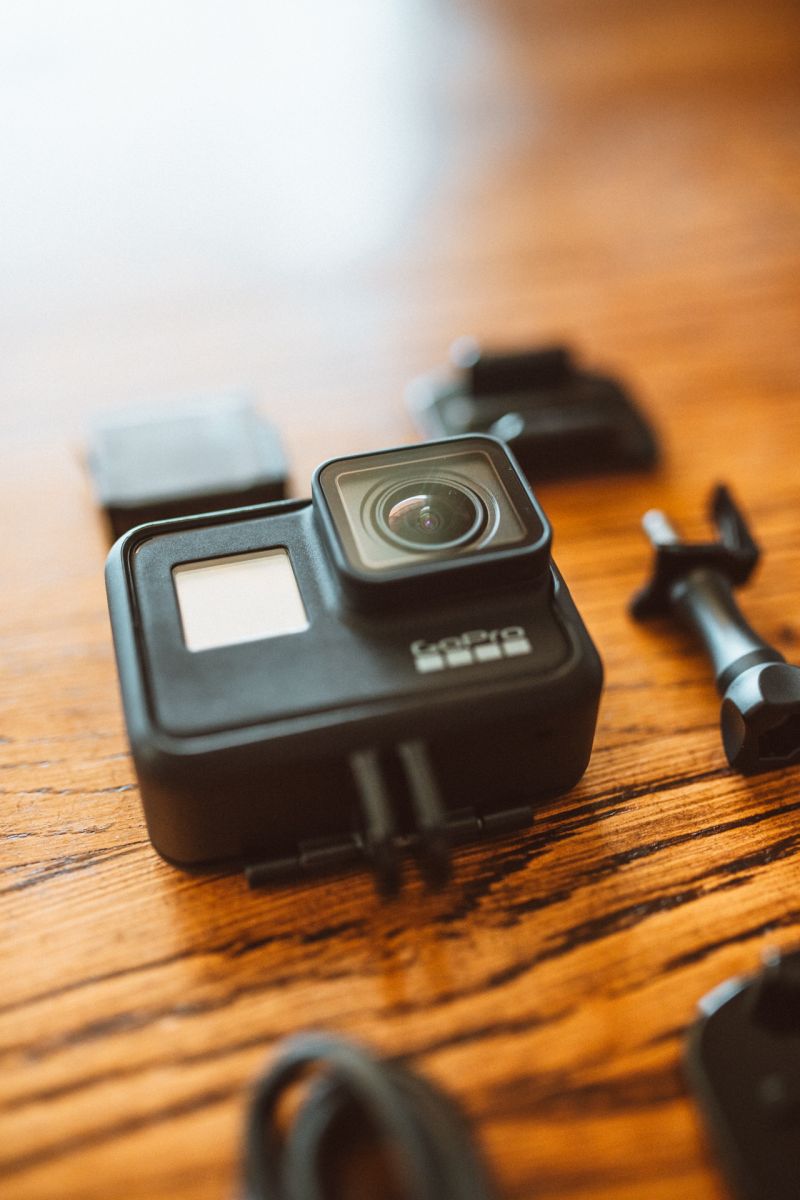 I will say this: this thing is FUN.

They have nailed stabilization; the Time Warp was easy to figure out and worked even just handheld. After recharging the battery I left the coffee shop with no other accessories and just took this out handheld without trying too hard to hold it still, the TimeWarp option and the stabilization worked right away – even if it did take a huge chunk out of the battery life.

I added a color grade at 0:07 of this clip so you could see also how well it took a video edit too.

I know I’m not reinventing the wheel on these videos, but for vloggers to have 120fps b-roll clips and the variety of other stabilized and special video options helps any content creator stand out.

Now, on to photos

Obviously it has the signature GoPro bubble effect on the photos. In other super wide angle lenses I’ve used, sometimes correcting that can take a good deal of work; however, the Profile Corrections feature in Lightroom actually got it pretty good right away. I’ll show you the straight out of camera shot, then my edit, then the final with profile correction. 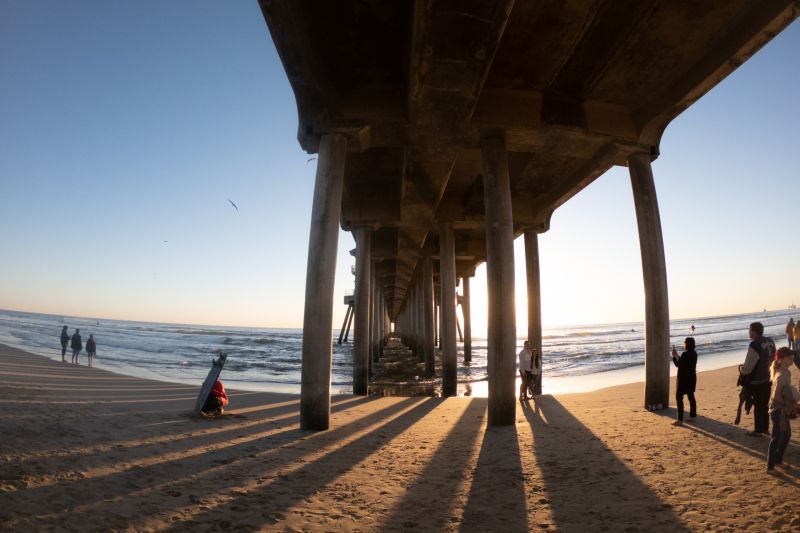 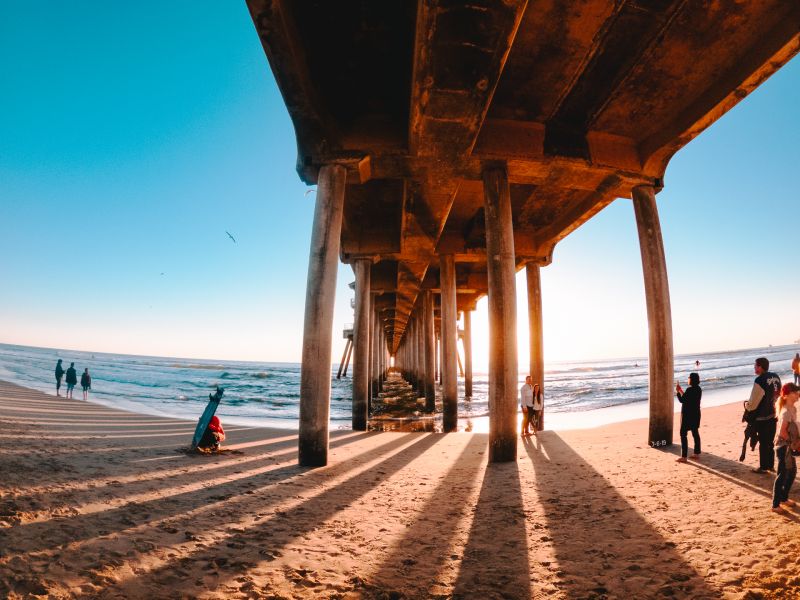 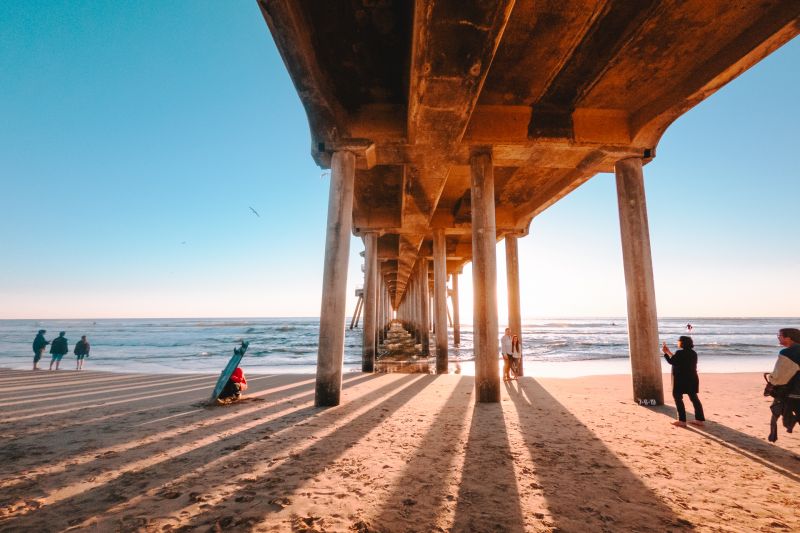 Yes, we do lose a bit of the shot on either side, but it makes it a usable shot. In editing this shot though I did notice that the outer edges of my shots had some sharpness/quality/warping issues – even though that was to be expected. Here’s a 100% crop of the left side.

Another before and after. 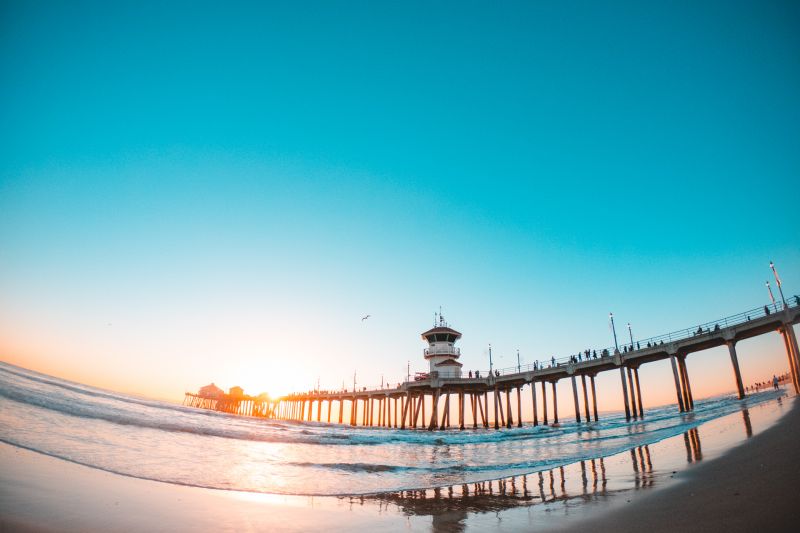 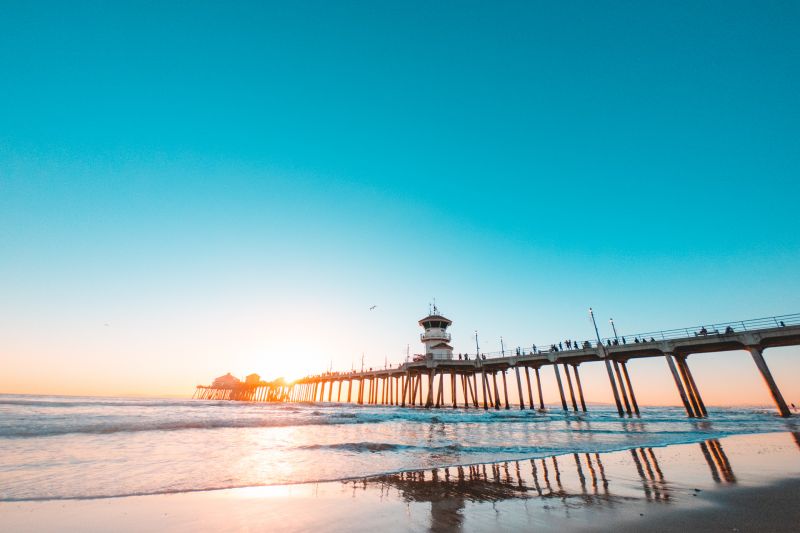 And the color editing on these files was surprisingly good. I was able to pull my similar color palette from these files and there was still enough dynamic range to have nuance in the edits. 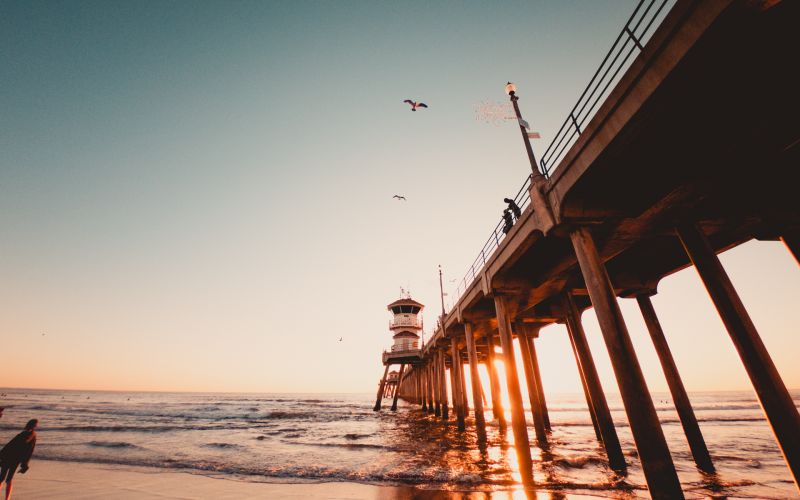 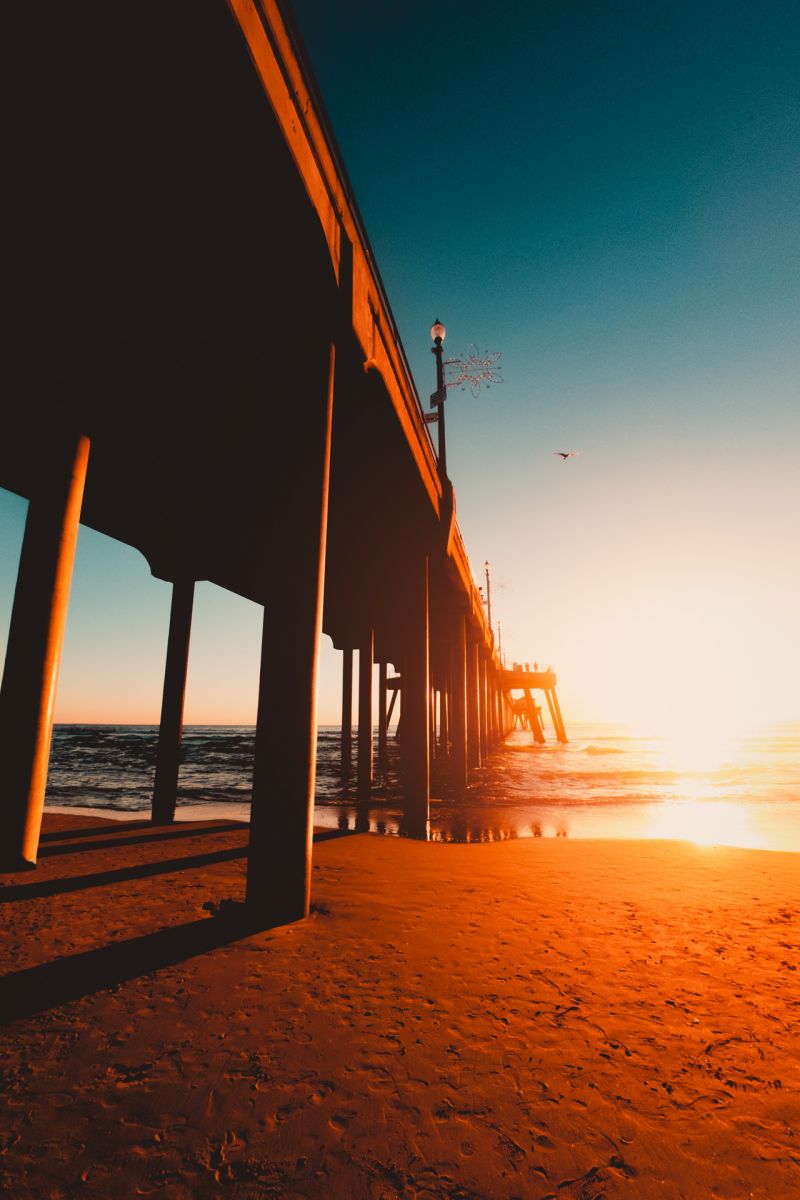 The night did end on a down note though, as this happened… 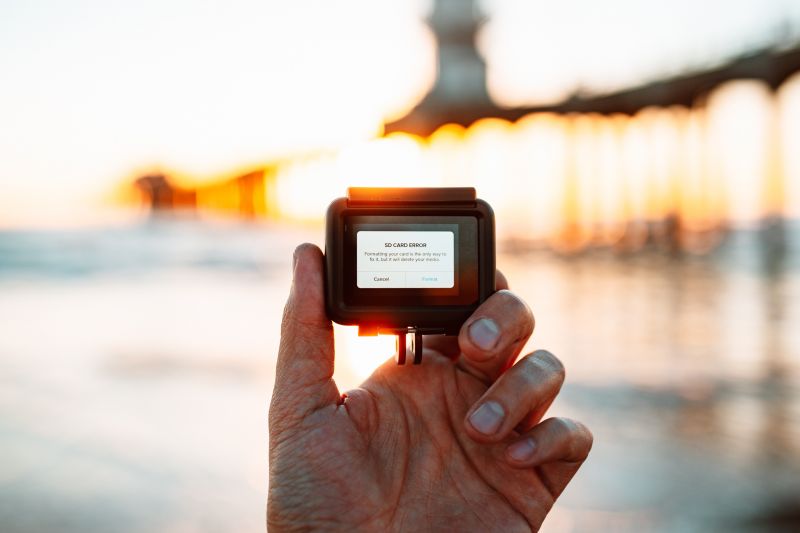 In case you can’t read that it says, “SD CARD ERROR: formatting your card is the only way to fix it, but it will delete your media”

In other words, game over.

Thankfully, I had gotten enough footage to give this a solid run through and say something worthwhile about it, and honestly it’s probably the card I used in the first place (they should include a card with the package that is able to handle all of the Hero 7’s capabilities). Regardless, if you were in a pinch and put a card in while on a shoot for a client or out doing the crazy things GoPro athletes do, this would be a MUCH larger disappointment. I wish it would have told me that the card that is trying to be used is not suited for the camera, but, no, it told me after about an hour of use.

Features I need another look at

In my next outing, I will have a better card, but I’ll also have to check out voice control, the onboard SuperPhoto, Live Streaming, the higher quality audio capture, and the robust build that makes underwater a breeze.

With the exception of the card failure, the short battery life, and the bare bones packaging, this is a LOT of fun. At $350 currently ($50 off and they throw in a beanie) it is less expensive, and does a lot more, than almost any other piece of gear in my bag. If you are looking to get started with GoPro and don’t need all of these features they do have lower models than the black that you can see the comparisons for here – although for the extra price difference the features on the Black are a huge step up.

For vloggers, athletes, or just hobbyists, this is one of those pieces of equipment that truly is low-hanging fruit. It’s not expensive and for what GoPro does, and has done since the beginning, it’s amazing. The reality is it can be added to any camera bag without taking up hardly any room, or weight, and the automatically smooth videos and more-than-decent photos that come out of it make it a no brainer to add to your arsenal. I know I plan to connect this to a headband and do Time Warps of hikes/family trips for sure. To read more and to add one to your arsenal pick one up here.