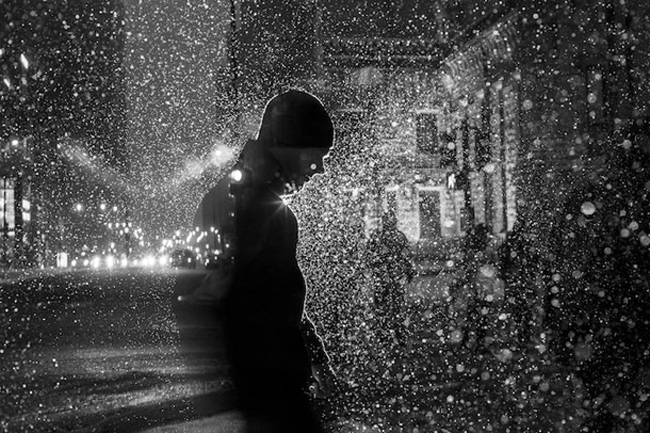 It’s hard for me to imagine the Polar Vortex and how it would feel to be in temperatures in the single digit and negative numbers. Having grown up in sunny Southern California almost my entire life, I’ve enjoyed warm temperatures almost year round. As I type, it’s a beach-y 79 degrees outside, and if it sounds like  I am bragging, I kind of am. Only to my East Coast friends, though, that scoff at my love of warm weather and always point out that at least they have “seasons.” To everyone in the blustering frigid temperatures, I do hope that you are staying warm and safe.

Chicago photographer, Satoki Nagata has braved the elements for the past 2.5 years to photograph strangers in his “Lights in Chicago” series. Originally from Japan, Nagata holds a PhD in Neuroscience and moved to the United States to pursue a career in the scientific field. He then discovered his love for photography and decided to become a full time photographer.

The following series of portraits were created when he started experimenting with flash in his street photography. Using the digital Leica M8 with a 75mm lens, and M9 with 50mm or 35mm lenses, he lights his figures from behind using an off camera strobe and a slow shutter speed and the resulting images create an eerie silhouette, making the image almost look like it’s double exposed. 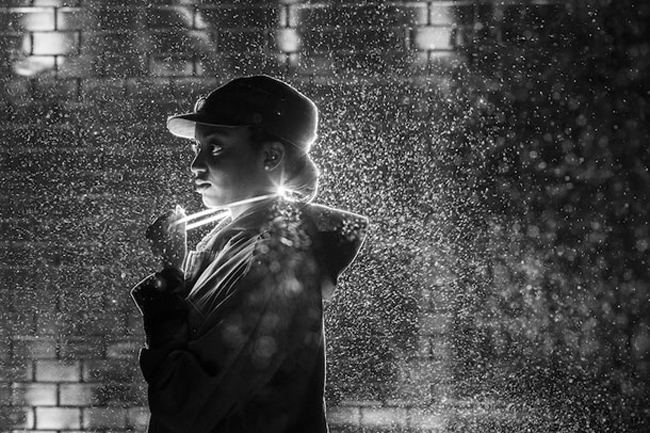 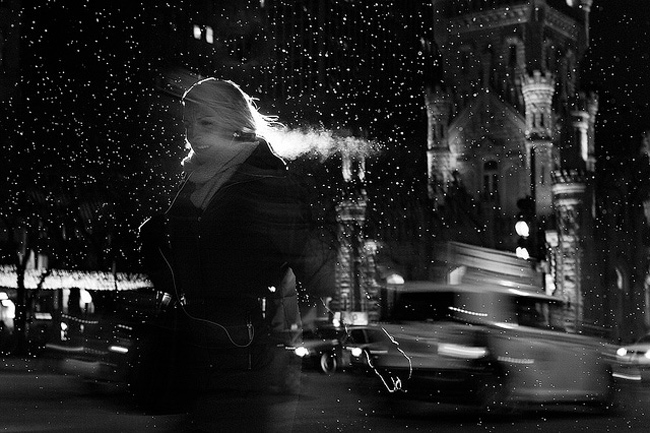 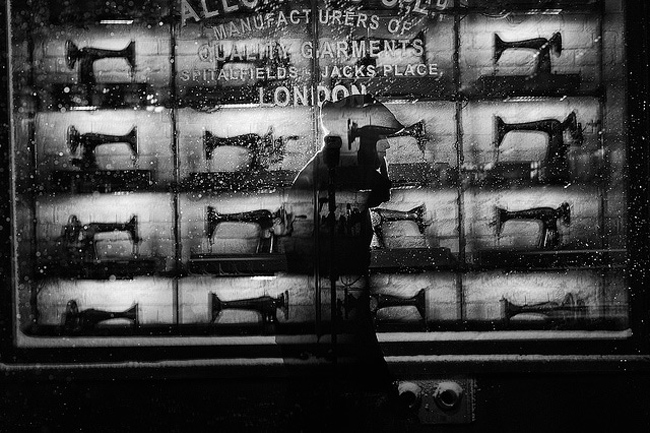 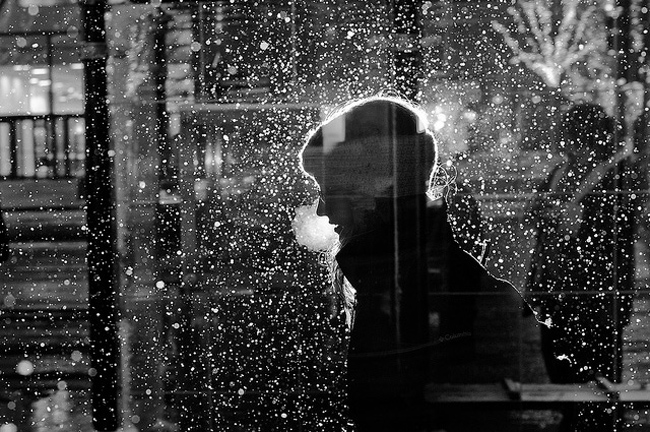 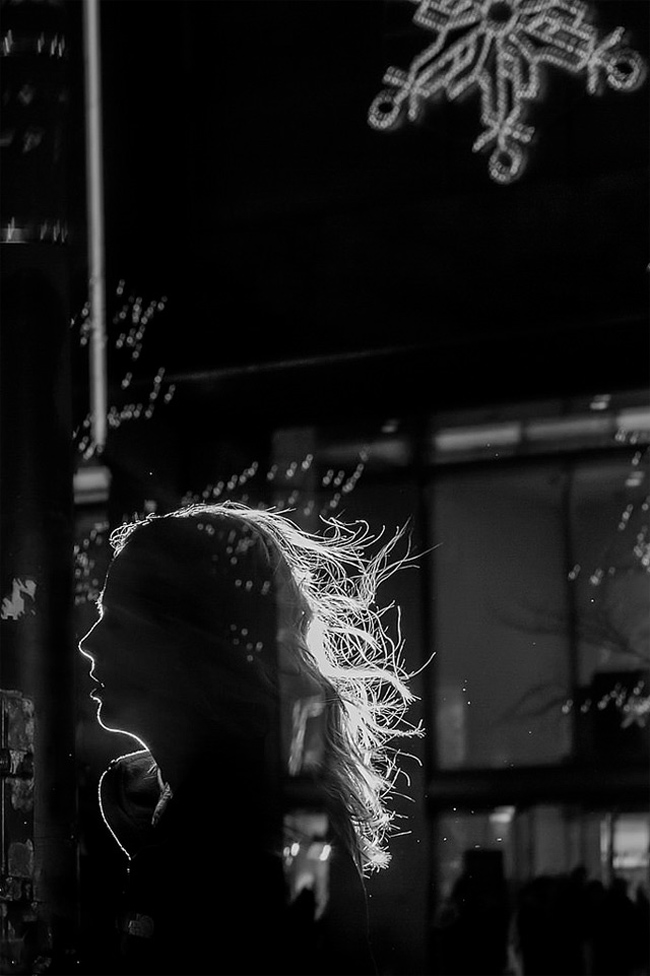 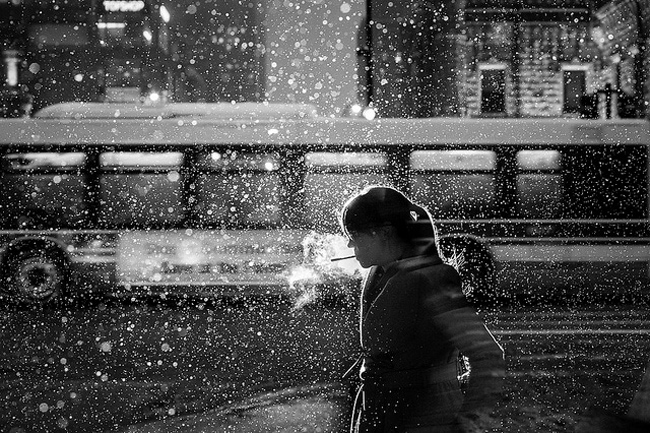 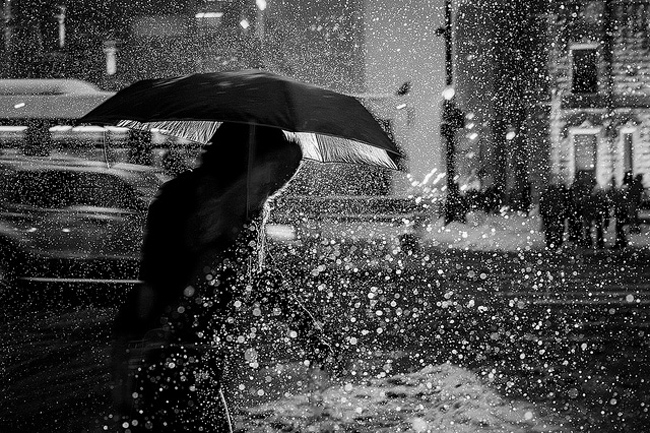 To see more of Satoki Nagata’s “Lights in Chicago” series and his street photography, check out his website here.

[via So Bad So Good/Leica]