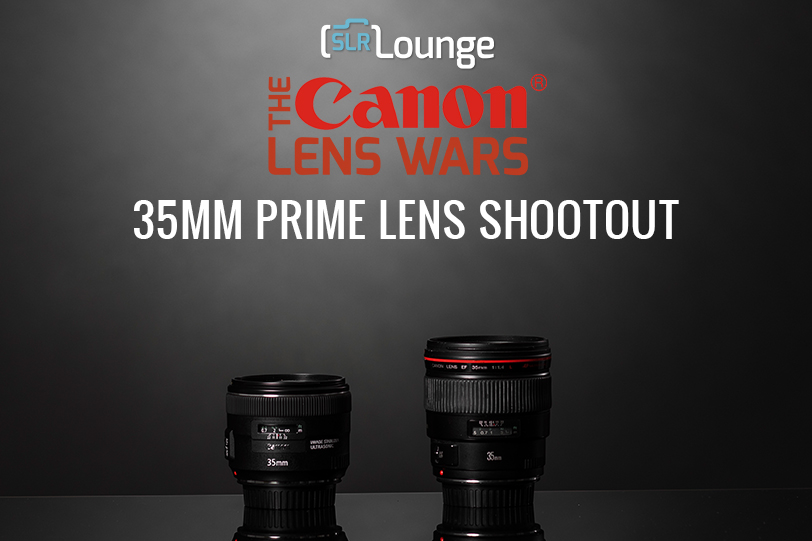 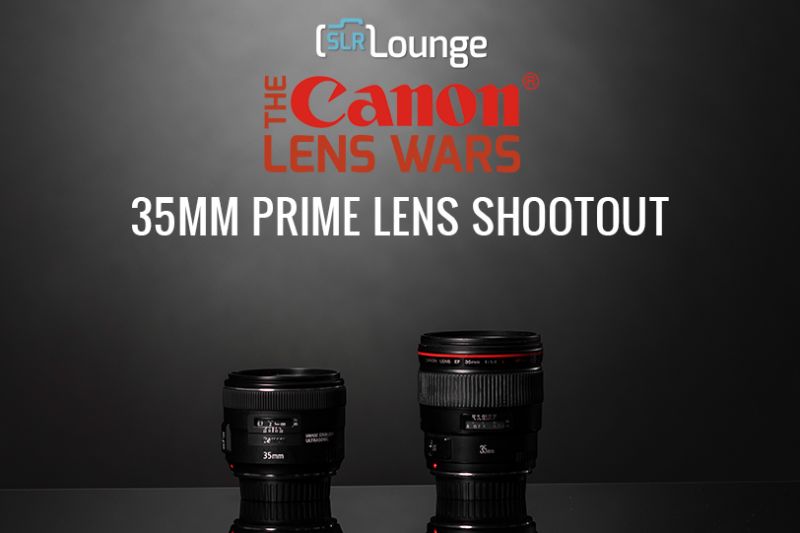 In this Part 1 of the 35mm focal length, we will be comparing the following 35mm primes:

In part II we will cover the zooms that cross over the 35mm focal range, and in part III we will compare our favorite zoom(s) to the primes.

For those that are new to the SLR Lounge Canon Lens Wars Series, be sure to check out the Lens Wars Teaser video, where we introduce the series, our testing methodology and all the other videos on each focal length.

Let’s start from the top with their perceivable visual differences at their respective Wide Open Apertures (WOA). Once again, this is a visual test of differences, not a technical test. So, we are trying to distinguish differences in appearance while viewing images full screen on a 27” 3k resolution display.

When comparing the Canon 35mm f/2 IS to the Canon 35mm f/1.4L at their respective WOAs, it is hard to see a major difference. Take a look at the 100% crop of our model’s face on both images below. 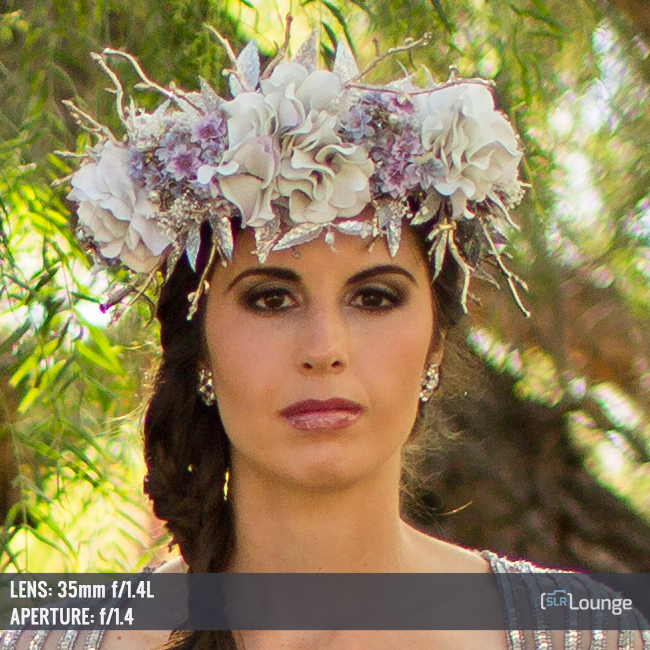 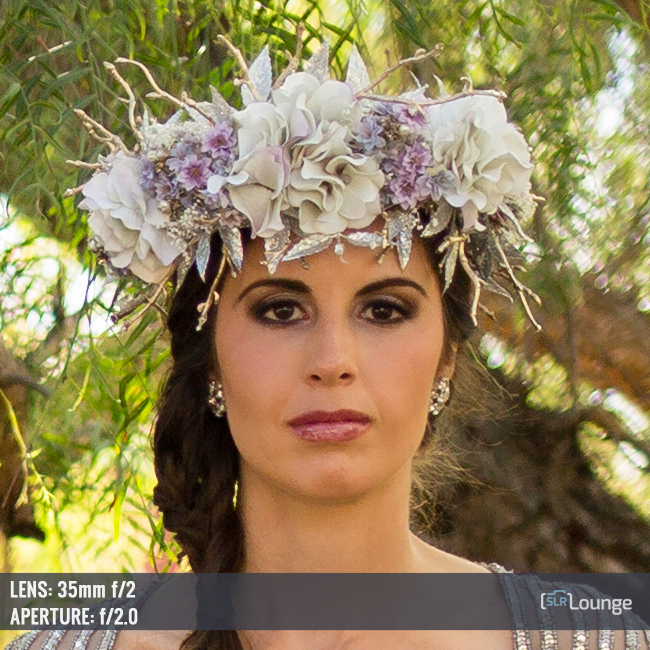 If I flip back and forth several times between the two lenses, I can eventually distinguish the Canon 35mm f/1.4L because it does have just a bit more bokeh. But if these images were not side by side, it would be difficult to distinguish that difference. Even when zoomed and comparing side by side, the difference isn’t still rather difficult to differentiate. However, the sharpness on the Canon 35mm f/2 IS at f/2 is noticeably better than the 35mm f/1.4L at 1.4 particularly towards the center of the frame. 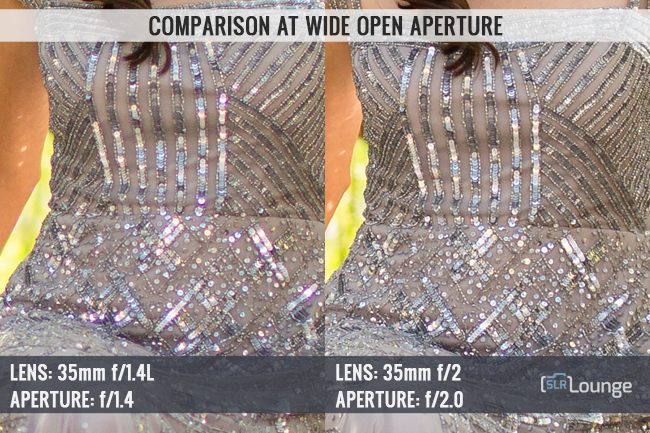 Both lenses are quite sharp of course when wide open, but the cheaper Canon 35mm f/2 IS is sharper at the center of the frame as can be seen in the dress above, as well as at the edges of the frame which can be seen below. Still though, while the Canon 35mm f/1.4L is softer at its WOA, it is quite usable. 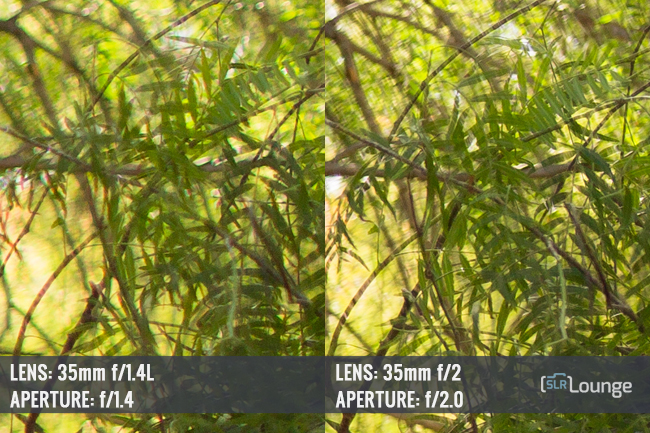 Taking a close up look at the bokeh, the image below shows that the Canon 35mm f/1.4L does render a slightly bit more bokeh, and a bit smoother aesthetic to the bokeh than when compared to the Canon 35mm f/2 IS. But still, while the difference is there, it isn’t night and day. 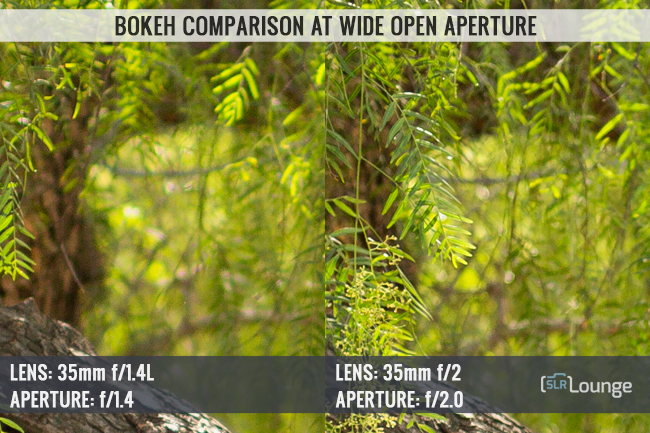 Now once you step up to both prime’s Widest Common Aperture (WCA) of f/2.0, the 35mm f/1.4L begins to flex its L-lens muscles a bit more. The 35mm f/1.4L is just a bit more sharp all around, from center to edge, but the difference is really only noticeable when pixel peeping side-by-side.

In the 100% crop below, we can see that both lenses are very comparable. But the 35mm f/1.4 is getting a bit cleaner detail over the sequins compared to the 35mm f/2 IS. A very small difference, but it is there. 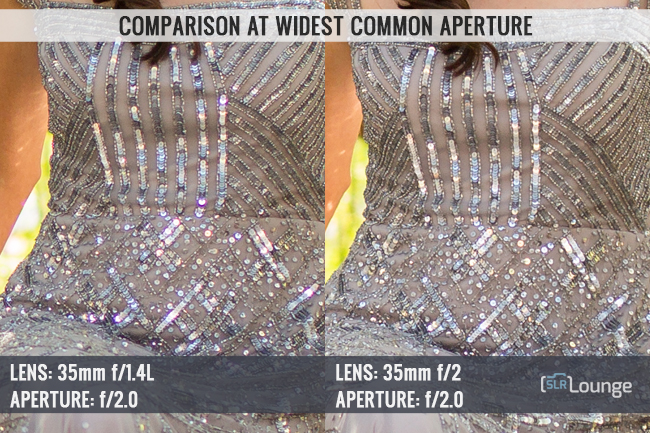 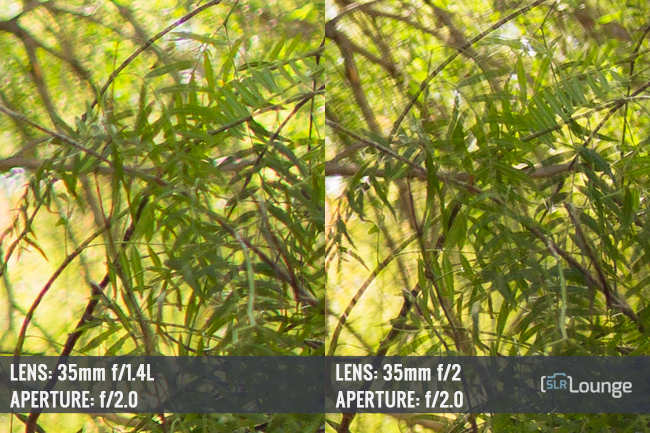 At the same WCA of f/2, the 1.4L also displays a slightly creamier or smoother bokeh aesthetic than the f/2. Color is also just slightly more vibrant and contrasty in the 35mm f/1.4L than in the standard 35mm, which is to be expected with a L-series lens compared to a standard lens. 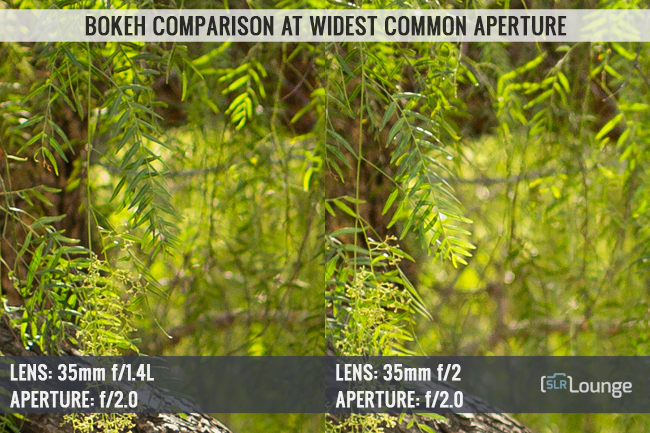 Moving up again to f/2.8 is where the aesthetic quality and the amount of bokeh begins to equalize. By zooming in, we can see that the 35mm f/1.4L’s bokeh is still a bit smoother and softer, but overall, they are extremely comparable, and virtually impossible to distinguish visually when viewed full screen. 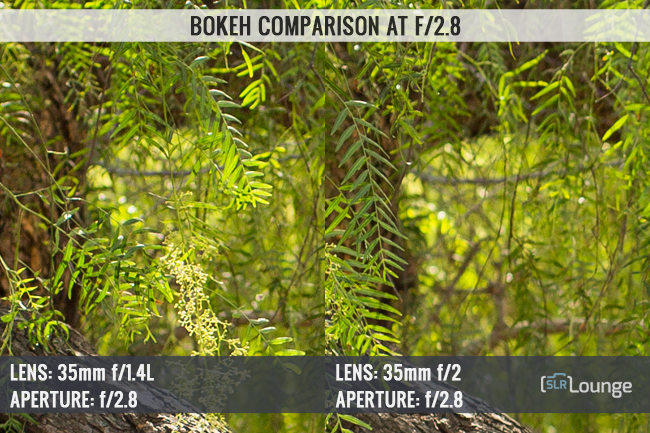 Center to edge sharpness, and overall contrast and color still make the 35mm L stand out a bit more than the standard 35mm, but the difference becomes very negligible beyond f/2.8. 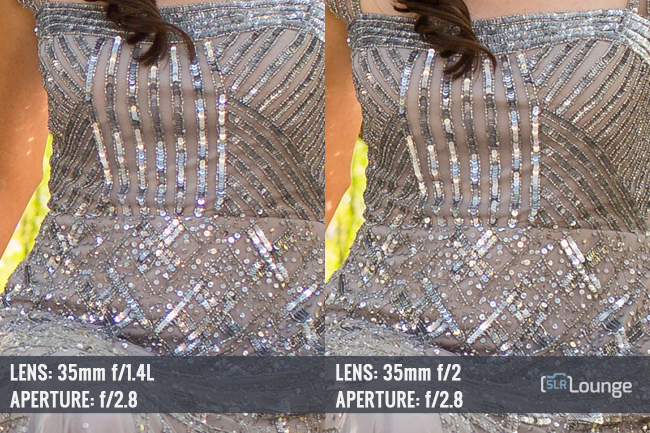 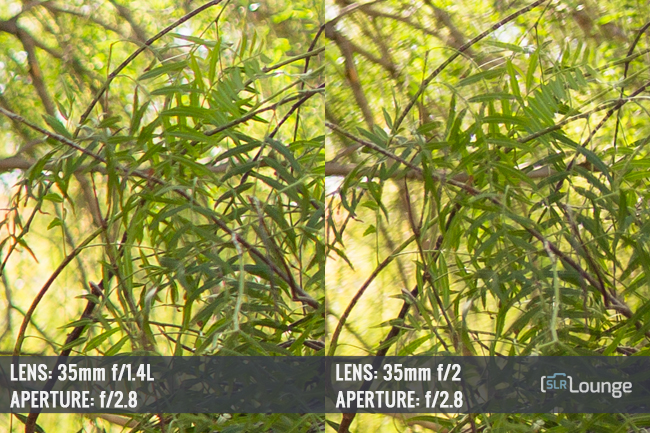 Factoring the Cost in Choosing the Best Lens

However, when it comes to the visual aesthetics, the f/1.4L really doesn’t create enough of a difference compared to the standard 35 f/2 prime lens to merit the dramatically more expensive price.

So, what’s the verdict?

The Best Lens for the Money

Let’s say for a second you are only comparing these two 35mm primes lenses with one another and not with any zoom lenses that can cover this focal length. Unless you absolutely need the extra stop of light in the 35mm f/1.4L, then I would say save the thousand bucks and go with the 35mm f/2 IS.

The bottom line is, for the price difference, you simply aren’t going to see that big of a difference between these lenses even at their respective wide open apertures unless you are side-by-side pixel peeping. So, for the 35mm primes, I’d recommend you save a good chunk of cash and stick with the Canon 35mm f/2 IS.

If you are absolutely in love with the 35mm focal length AND you need an extra stop of low-light, then perhaps you can justify the additional cost of the Canon 35mm f/1.4L.

But, here is the thing, when it comes to overall visual performance, you are paying 3x the cost, yet only receiving a marginal improvement in image performance. Even at an extra stop open, the aperture in the 35mmL doesn’t produce noticeably more bokeh than the Canon 35mm f/2 IS. Unless of course we are side-by-side pixel peeping.

Either way, hold off for now. let’s go look at the zooms in the next video, and then let’s see if the 35mm primes still can hold their own against our top pick in the zooms.