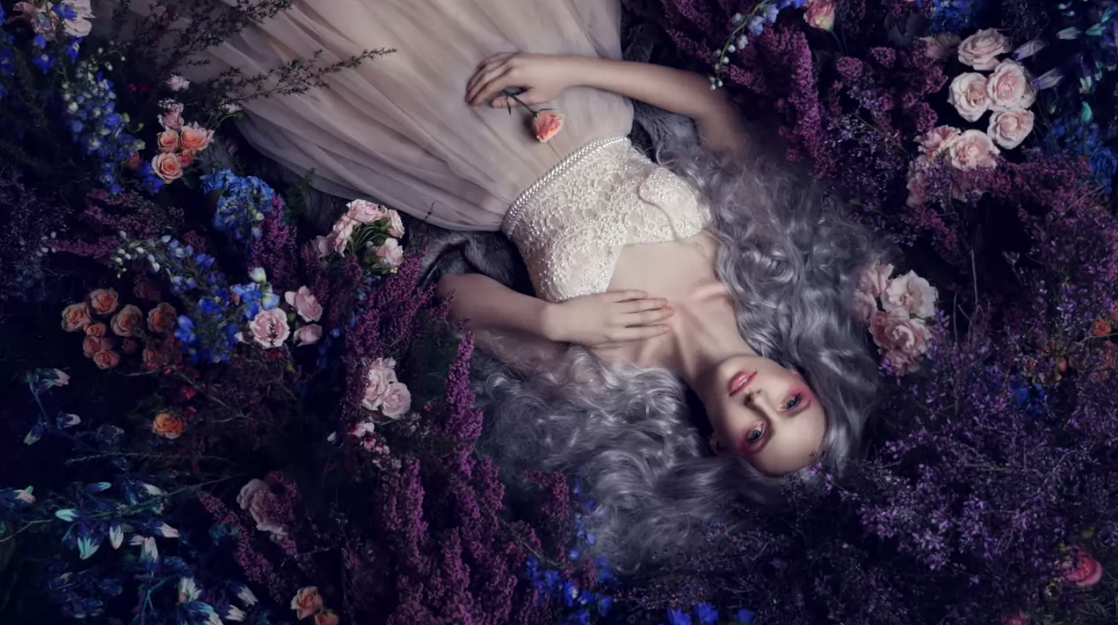 Fighting your way through the crowds on the trade show floor at WPPI is not an uncommon occurrence, as throngs of people mill about the massive trade show floors checking out new products. Salespeople are beckoning at the booths, just willing for you to stop and have your badge scanned so you can be besieged with dozens of emails post show. While wandering the floor, I happened upon a crowd, mesmerized by some massive monitors displaying some gorgeous images. I noticed the work was by a photographer I admire, Lindsay Adler.

[REWIND: QUEEN OF THE DESERT: A LOOK AT LINDSAY ADLER’S RECENT FASHION EDITORIAL IN DUBAI]

If you’re familiar with Lindsay’s work, you’ll notice that her portrait and fashion images are clean and bold, and stand out among the multitude of images we see each day. “Part of me believes this competition for visual attention constantly pushes me to be a better photographer. I endlessly receive visual stimulation for inspiration and am inspired by just how striking the art of photography can be. It also pushes me to be creative, refine my craft and seek ways to differentiate myself visually.”

I made my way closer to the screens in the booth for a closer look at the photographs and my eyes detected movement in the images. Wait? What? Were my eyes playing tricks on me? I squinted a bit, reminding myself that I should probably wear my prescription glasses and found that indeed, there was life in the photographs. They actually were moving! These images, called Cinemagraphs, are a hybrid between photographs and videos. Part of the image is still, while specific elements had motion.

Pause for a minute and look closely at the following image, “Floating in a Dream.”

Partnering with Flixel, a company that has software that creates these moving images simply and quickly, Lindsay created three photographs in this series, two of which were on display at WPPI.

Shooting with the Panasonic Lumix GH4 gave Lindsay the ability to shoot in 4K video to get maximum detail in both the still and moving images.  In the first scene, Lindsay and stylist Ivie Joy Flowers created an ethereal set using a see through sheer curtain against large windows and white balloons with fans to create the movement. 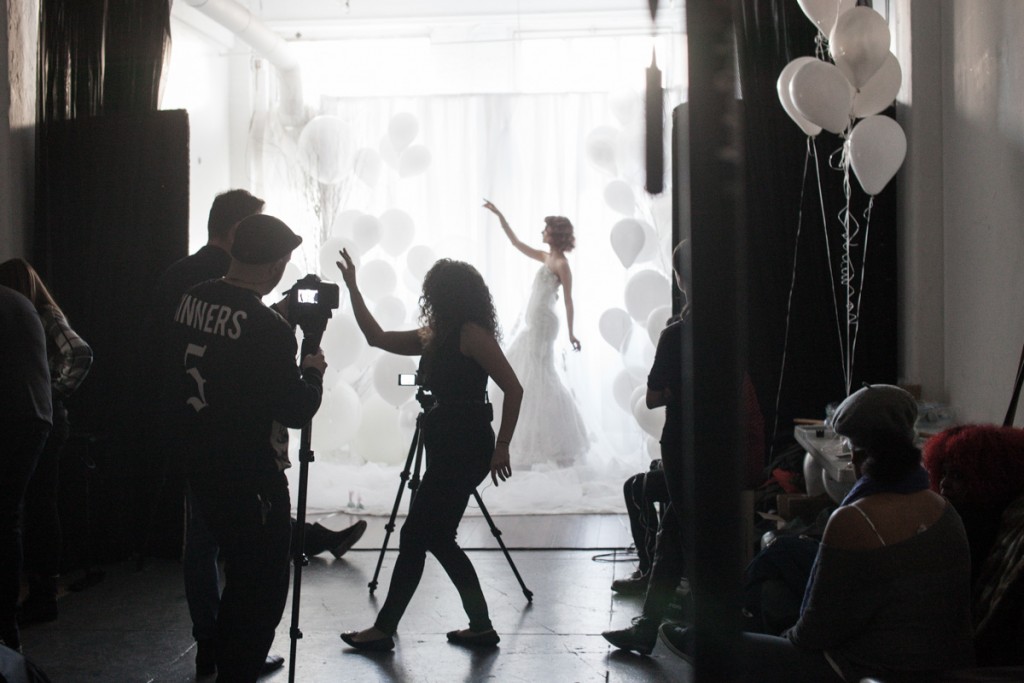 The second scene, “Sleeping Beauty Awakens,” has very subtle movement in the flowers and the model, as she awakens. For this shot, Lindsay stood on a ladder that had her tripod zip-tied to it over the scene. Using a Profoto ProDaylight and a Westcott Softbox, she had a constant light and glow casting on another dreamy, surreal scene.

The final image is a fun composite (for the safety of the model) of a bride and some LOVE sparklers on her head. The sparklers were placed on some foam at the height of the model, which created the moving image and the second image was a still portrait of the model.

Watch the behind the scenes video to see more from this shoot and head over to Lindsey’s blog for a detailed look at how each image was photographed.

CREDITS : Photographs by Lindsay Adler have been used with permission for SLR Lounge. Do not copy, modify or re-post this article or images without express permission from SLR Lounge and the artist.

The Virtues & Uses Of A White Seamless Background With Zack Arias