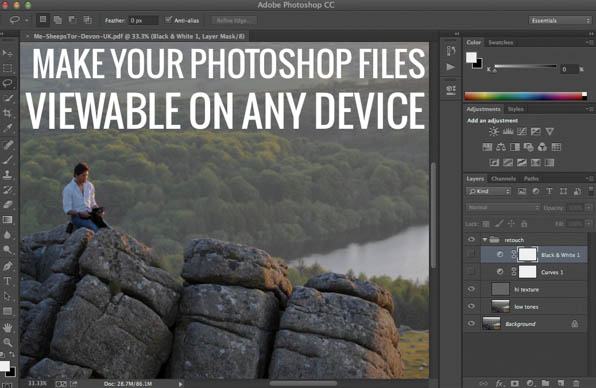 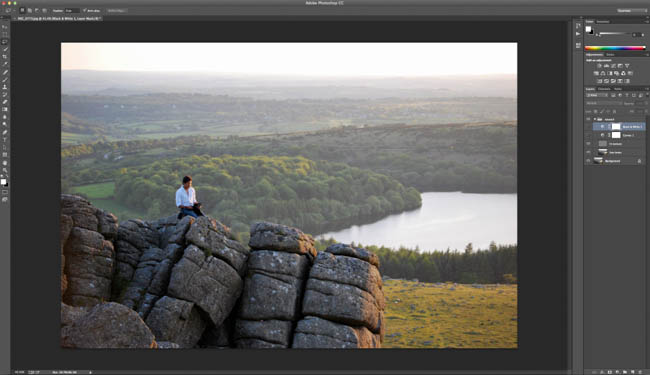 Is this a definitive method? Debatable. Useful? Definitely. If you’re reading this, there’s a high chance you use Photoshop or are planning to acquire it in the near future. Photoshop, at a time, used to be a sort of ‘halls of higher education’ avenue that’s wasn’t particularly attractive to most people given its price, and seemingly labyrinthian set-up. Even with that in mind, and the predictable negative press it gets, it’s still as cool as dry ice, and easier to acquire and use than ever. The result is, now everyone and their mother has it. Still, there is one issue that’s often brought up like an embarrassing story at a family dinner, and that’s the issue of compatibility.

I should mention that some of you may already know this work-around, but for those that don’t I hope it is of some use. Once you begin to alter images in Photoshop adding layers etc, your files earn a degree of “.PSD” after the filename. While there are many a program that will work with Photoshop, the PSD files generally are for use within the program itself, which can make it seem as though your images need to be viewed only in it, or copies made in different file types. Copies are fine and backups are necessary, but duplication can be annoying and sometimes, it would be great to have a file that would be able to be read by almost all computers, phones, and tablets without duplication. I recently got CS6 and wanted to share a capability I just learned, which helps to solve this problem.

Simply stated: In Photoshop, save your tweaked files as Photoshop PDF files. They can be then opened on any other device with a PDF reader (to my knowledge), and when opened in Photoshop your data will remain, along with your layers as you left them. Here’s how to do it:

When in your image in Photoshop, go to File>Save As. 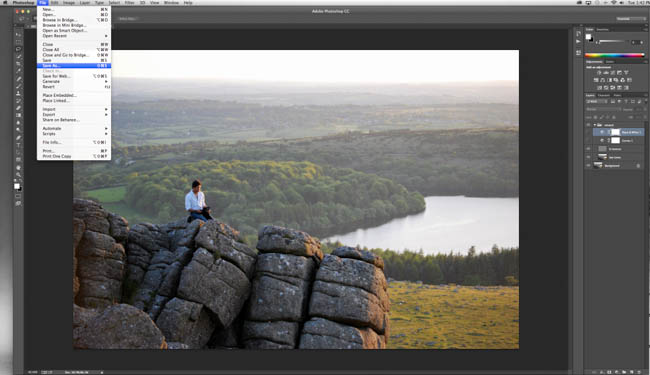 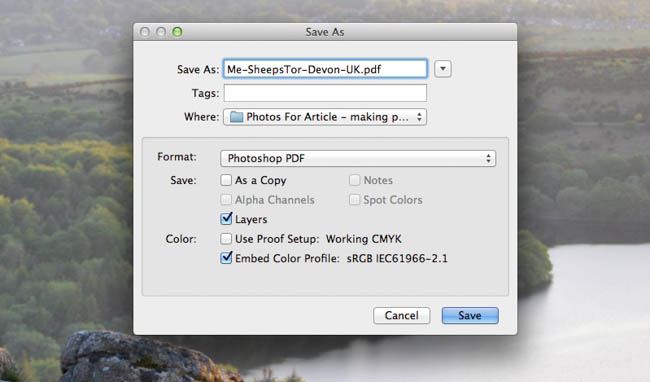 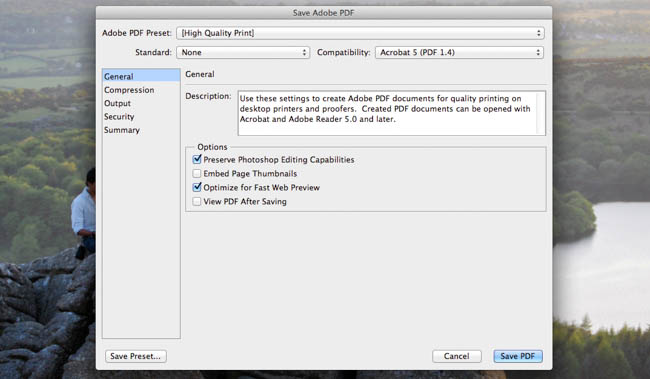 You may then see the following, which of course, you’ll have to accept. 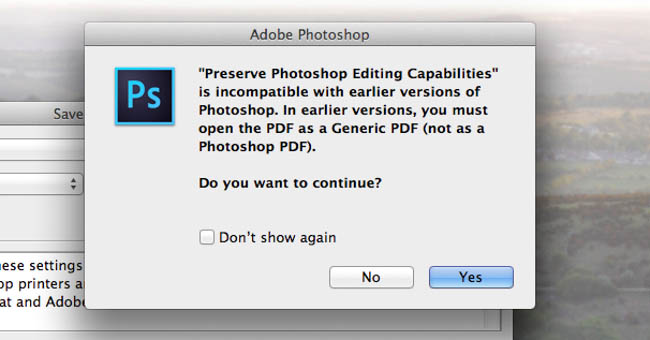 What You Will See

Your Photoshop file will now be saved as a PDF, however, when that file is then opened up again in Photoshop, all of your data and layers etc will appear, even though the same file can be viewed on many different devices with a simple PDF reader. You can see in the next screen capture that the file name says ‘.pdf’ and all my layers are there. 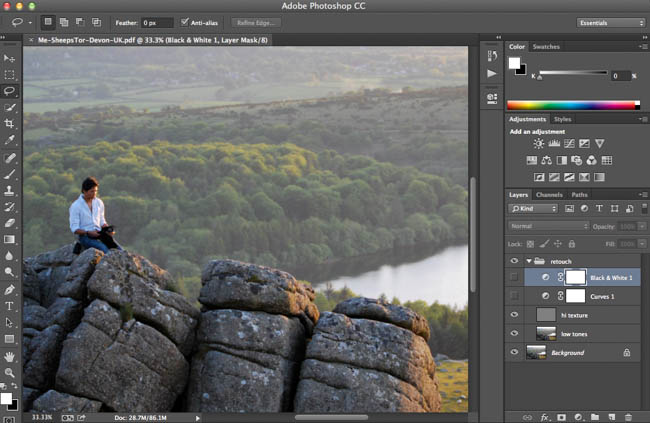 I really like keeping my files this way. Photoshop has its fair share of compatibility complaints, but this is so simple, and it makes sharing easier, and if I ever want to stop using Photoshop (unlikely), I’ll be able to use these files. I travel quite a bit and am constantly sending photos to family and friends, and I think this may be my go-to from now on.
[REWIND: Target Misses the Mark with Absurd Photoshop Fail]

I know in the past, Photoshop PSD files have been able to be opened by many generations of the program even if some editing capability is not there, so a drawback for some is that as far as I know, this is a feature only the Current Photoshop CC is capable of. One inconsistency I should mention is that in some images, I saved as both PSD and PDF, the PDF files were slightly larger, and in others they were slightly smaller. However, the image quality seems to remain unaffected, so that coupled with the broadened compatibility covers all that really matters.

Debuts Today! The Making of a Music Video for 'Lights & Motion'