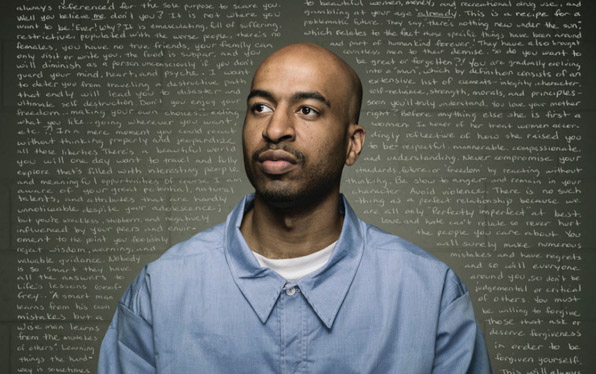 I read, a few years ago, the results of a survey to discover which were the happiest people on the planet. Unsurprisingly, the Swiss were solidly on top. Much more interestingly was not who was on top, but who was clinging to the bottom rung of an encompassing ‘joie de vivre.’ One would be forgiven to imagine somewhere like Sierra Leone, a country with a GDP less than $900 per capita, and rife with bloodshed. Finland perhaps? Sure, it seems nice with their pretty people and modern tech, but consider being frozen for a majority of the year. Or maybe that unnamed, unmarked area that surrounds the Kinshasa highway that dissects Africa, recognizable by tangible starvation and HIV’s ground zero. Amazingly, it was the Italians.

Whatever your feelings on the matter, after looking into the ‘Reflect’ project by Trent Bell, acclaimed architectural photographer, it may seem the entire survey should’ve included people serving long term incarceration. The impactful series of images were captured within the walls of Maine State Prison, where inmates were interviewed, photographed, and asked to write a letter to their former, younger selves. The words of earned wisdom and introspection were then enlarged and superimposed as vignettes around the prisoner. 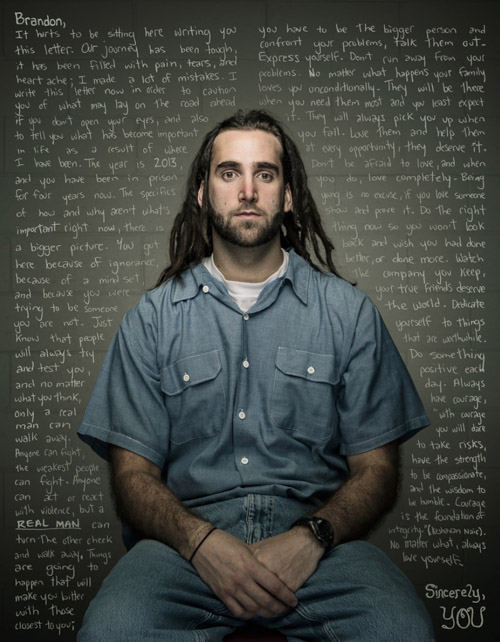 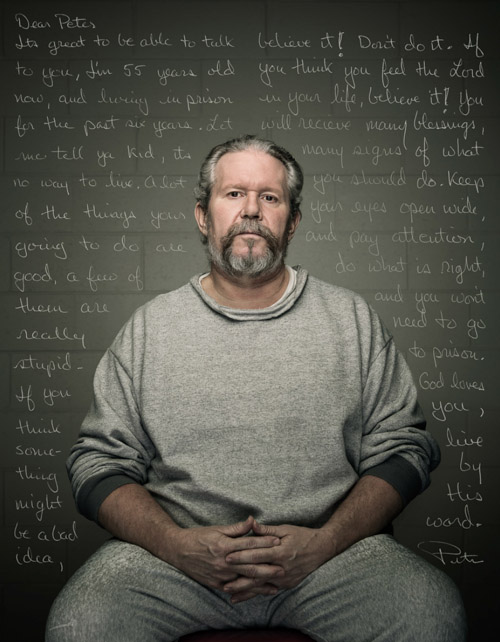 The inspiration for this divergence from his usual field of photography was a friend of Bell’s who was a professional, and father who had been sentenced to 36 years behind prison walls. Bell says it struck him and offered a different perspective on inmates. It brought to mind the ease at which a single decision can alter one’s life. On the matter he says,

Our bad choices can contain untold loss, remorse, and regret, but the positive value of these bad choices might be immeasurable is we can face them, admit to them, learn from them and find the strength to share.

[REWIND: “No Seconds” Photos Of The Last Meals Of Death Row Inmates] 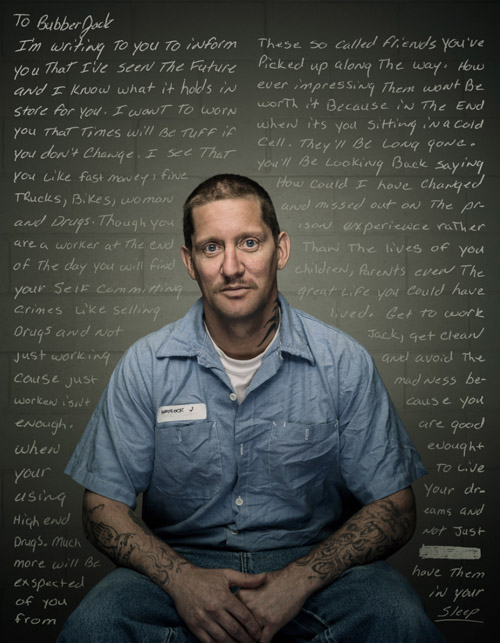 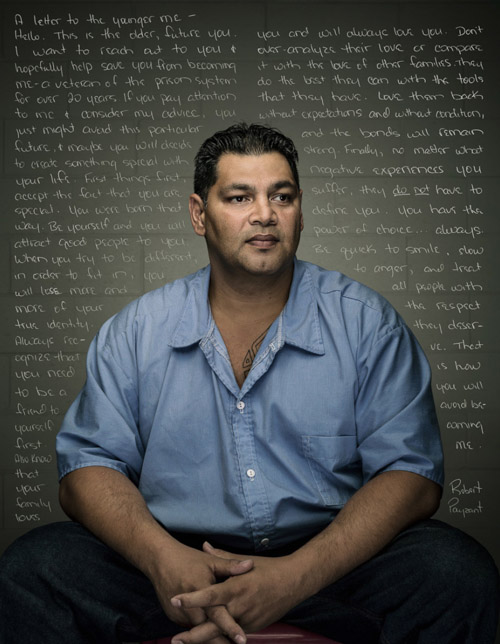 Bell too, is a father with a young son. It was in spending time with his son that the gravity of this would hit him. The reality that we are all so close to making a decision which we would regret. Regret being a major theme in the project, is however, possibly overshadowed by the theme of forgiveness, and moral value.

Words surrounding the inmates are unaltered, and are complete with spelling and grammatical errors which add to the project’s sincerity. The poignancy is not lost. One unnamed prisoner writes, “I want to reach out to you and hopefully help save you from becoming me.’ Prisoner Jack writes, “Much more will be expected of you from these so-called friends. However impressing them won’t be worth it because, in the end, it’s you sitting in a cold cell.’ 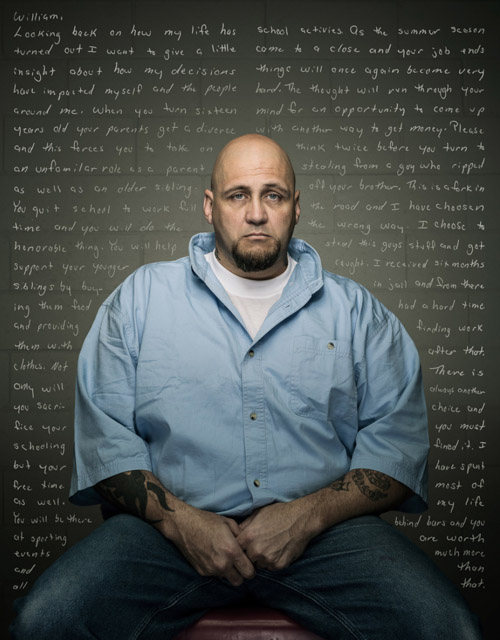 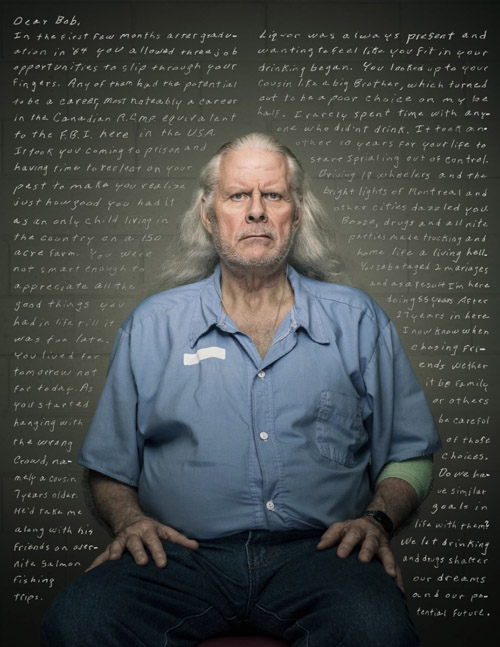 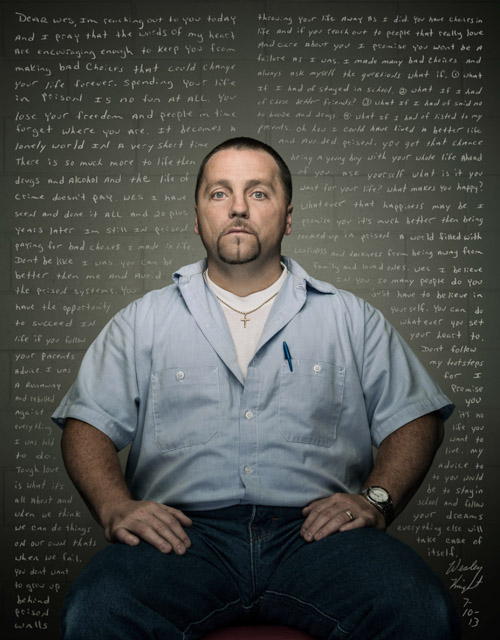 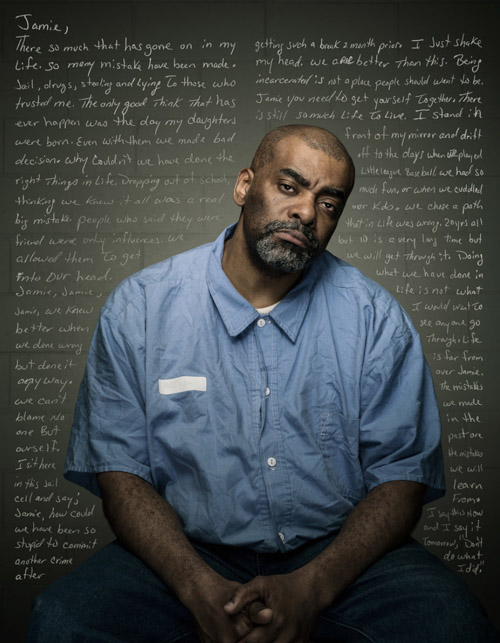 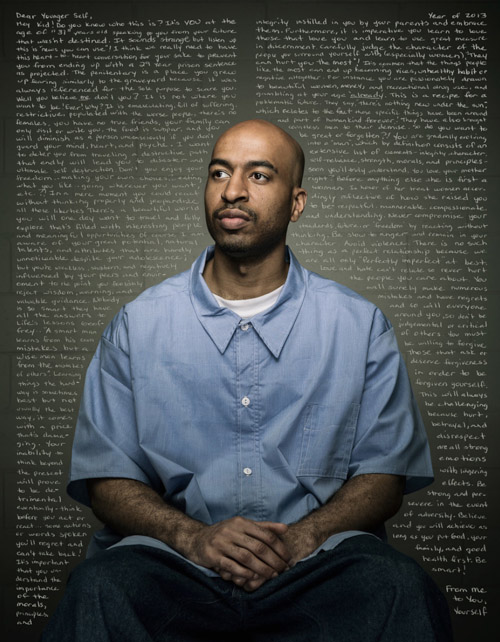 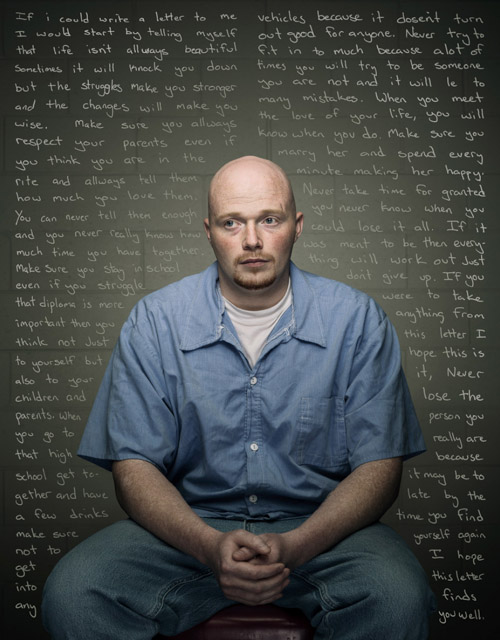 I really expected this project to be another cautionary tale stemming from the grab bag of platitudes we are all so used to. Given five minutes to read the letters, and the story that was the inspiration for the project changed that. Sure, it’s rife with typical inmate themes, and their words rang throughout with hindsight that is always a 20/20 endeavor, but I found it impossible to feel anything but empathy for the inmates. This is a credit to Bell, and his execution of the project.

Above, I should mention, that I’m not really comparing the suffering of those in nations like Sierra Leone and the HIV laden land along the Kinshasa Highway, to the suffering of the inmates. I’m sure each are their own versions of hell, but more to point out that those are more obvious options. It’s just found I the project allows you into the minds of the inmates, which is a place they seemed to be truly trapped. I can imagine being sick, I can imagine fighting poverty for luxuries like food and water, because you hear about it often, sadly. I can’t imagine being trapped within walls, within my own head, trapped in my thoughts. It’s a brilliant project and a look at the videos below is worth your time.

You can find the full series and more from Trent Bell at his site.

CREDITS: All photographs shared by Trent Bell are copyrighted and have been used with permission for SLR Lounge. Do not copy, modify or re-post this article or images without express permission from SLR Lounge and the artist.

Are We Losing The Art Of Tonal Creativity In Our Landscape Photographs?