Black and White photography has always had a romantic novelty to it, a simple yet dramatic effect which evocates emotion simply by removing colour, so much so that some photographer’s shoot ONLY in black and white. Though that might be overkill, there’s plenty of reasons why an image should be displayed in monochrome as opposed to in colour.

Removing distractions
By taking colour out, the user automatically ignores certain parts of the image which although there, is not necessarily deemed important by the photographer. By highlighting the subject, the rest of the image becomes a mash of same colour, and makes an image more aesthetically pleasing the eye by taking out unwanted distractions.

Emphasising form
Black and white photos show great tone and contrast, because quite simply everything that you would normally see, is now condensed into differing shades of two colours. Therefore things like shadows, outlines and textures are emphasized, giving a more dramatic effect. Portrait photographers will tell you that black and white head shots are the best way to see someone’s true features in detail, and is more honest and raw, there are no colours to hide your actual form. Deep shadows can lend to haunting effects, which leads onto the next point…

Creating an atmosphere
Some pictures naturally lend themselves to black and white photography, in particular, poignant shots with emotion can be magnified by luring the viewer in, and creating almost a timeless stamp by applying a black and white effect, which if you like brings back memories of a bygone era of films shot in black and white.

It is important to realise that not every photo looks good in monochrome however. Sometimes it looks like you’re trying too hard, like it was an afterthought that was tacked on to add a bit off emotion to an image that had previously had none before. If an image did not look good before, try not to always rely on making it better in post processing, but learning to take better images beforehand. The best black and white images are those that look like the user saw the image in real time and decided at that moment, that the scene would lend itself perfectly to a monochrome photo.

Black and White shooting tips
*Shoot in Raw – Quite simply, for the greatest amount of control in post processing, be it Photoshop or Lightroom or whatever your photo editing program might be, you should shoot in RAW. This allows greater scope to fix things which aren’t perfect, such as exposure, white balance, contrast etc.

* Change your camera settings – Although most cameras will already have a basic monochrome setting, if you delve a little deeper and make some slight changes you can get the best out of this setting. Play around to try get greater contrasts, whiter whites and darker blacks are your friend, try changing your exposure compensation by a stop at a time to see what effect it has on your shots.

* Composition is Key – Because lines are emphasised, and angles and forms shown up more than they might be in a colour photo, a correctly composed photo is more the all vital. Strong distinct lines and shadows should be looked out for, that can create a sense of action or dynamism that can make an image jump out to the viewer. Buildings are perfect for this, and you can get dramatic angles easily by simply changing your perspective. Look for subject matter that is distinctive, and that is clearly separated from its background. Even in black and white there can be many distractions, so the rules of composition should be closely followed.

* Use a filter – Polarizing filters can make a huge difference by darkening the sky, and creating those moody effects that is wanted. There are also other filters available which can be experimented with, a filter in a particular colour will lighten any colour within an image that is similar to its own, while darkening blacks also. Blue filters are often used for portraiture as the tone is similar to skin believe it or not, and it will darken pinks. These filters can also be applied post processing, with Photoshop and Lightroom having these effects pre-set within to show the effects on your image straight away.

* Shoot with low ISO – high ISO creates noise and grain, which can have a nice effect, but not normally with black and white images where you want clarity and clear contrast. Grain becomes more obvious in black and white imagery so try and shoot in as low an ISO as possible, maybe 100 or 200 if possible, as noise is hard to remove later on, but easy to add in if you really want it.

* Post process – back in the day there was only a darkroom for a photographer to process their images. Now we have an abundance of software which can do it all and then some, even the very best images will have been retouched somehow, be it wholesale changes in colour, white balance etc., to small changes to make an image as perfect as possible. Photoshop allows with the use of curves, to make blacks darker and boosting contrast to give the most dramatic effect. Details can be sharpened by using the Unsharp Mask filter and results shown in a preview. Small imperfections can be removed using the Clone Stamp, and details can be brought to the fore by using the dodge and burn tools.

Conversion Tips
In 2013, shooting in black and white direct from the camera settings is no longer necessary, in fact it’s probably better to shoot in colour, and then convert your image to black and white using your software. Though sometimes it can be fun to shoot in RAW in monochrome, and obviously retain the colour settings on the RAW format which can be seen on your computer later. Photoshop offers destructive and non-destructive conversion, the difference being that destructive conversions cannot be adjusted afterwards. Non-destructive means adjusting various layers, and then only when you are happy with the various layers, you can then flatten the image to make it finalized.

Converting can be done a number of ways, the simplest being by converting to Grayscale in Photoshop. To get a bit more control however, you probably want to play around with some sliders for which there are a number of more methods, like using the channel mixer to play around with the red, blue and greens. This effectively allows you to play around as if you had these colour filters, to get deeper shadows or darker skies for example, or lighter skin tones if that’s what you want, to get more dramatic effects.

A final option, is that there is a brilliant piece of specialist software that converts images to black and white, and while fairly pricy at a $149 RRP, Nik’s Silver EFEX Pro, offers options and automatically creates stunning images for you, using built in sliders and filters to suit all different scenarios. A professional option should you wish to go down that road.

As with pretty much all photography though, the golden rule is pretty much just go and take pictures and experiment, make mistakes, learn and correct them. It’s the only way to learn and at the end of it all, black and white images can produce some stunning and jaw dropping results.

If you would like to learn more about other photography techniques, check at DigitalRev today. 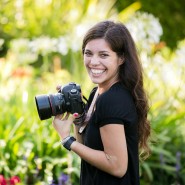