SLR Lounge > Best Photographers > Features > Do You Like To Take Photos? Or Are You A Photographer? | B&H Gets Introspective With 14 Of The Best 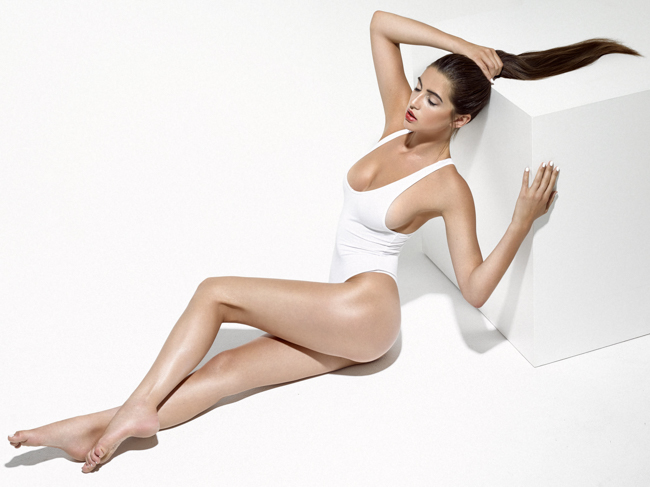 Do You Like To Take Photos? Or Are You A Photographer? | B&H Gets Introspective With 14 Of The Best

Just before a new year begins, a new ‘year’ seems long, then it’s today and we realize we’re 1/12th the year gone already. It’s a crucial time to clarify and refocus, now that the glitter has settled and the resolution-filled, and sometimes alcohol-fueled enthusiasm is waning. There’s a veritable firehose of information out there on getting excited and getting revved up, and that’s great, but we as a culture never seem to teach how to, or the necessity of, coming down in order to process, and analyze.

It’s imperative to the creative process, and those who are successful know and practice this. It’s introspection, and it’s difficult because it requires honesty, self-critique, and decision making. It could’ve been a bad year, or a stagnant one and you have to decide if you’re going to ‘sell the farm because of a bad season’, or look at the mistakes, pick up and move on like all the best do. Or maybe it was a good year, confidence at an all time high, and you want to keep momentum going, but you know momentum is a fickle friend that turns on a dime, so you have to prepare for the valleys between the peaks, in this time.

Hemingway, one of my favorite creatives, has written at some length about the creative process, and had two major principles:

It’s sort of the same formula.

B&H, on their Explora Blog, has recently curated a list of some of its favorite photographers in 2014, and bid them to each to take some time to publicly reflect on the year past, with all its successes and struggles, insights and evolutions, all about their journey to this point and where it looks like their journey is heading.

When looking at these pros as names on a magazine or a blog, and seeing their work, it can put your own life and work into rather harsh perspective, because it can seem like they are at a level that’s unattainable and as if achieved without struggle. It’s not the case, even in scenarios that seem like effortless meteoric rises.

In each of the pieces penned by these photographers like fashion shooter and retoucher Michael Woloszynowicz, and the philanthropic Michael Bonocore, it’s perhaps the humanity that comes across that you can connect with and learn the most from. It comes across because they show themselves to be anything but infallible, and a flaw or weakness is about the most human of traits, all the way back to ‘original sin.’

In doing so, they sort of prove that luck, while it may play a small part, is really just the last resort of those who think success is by accident. But it’s toil, a willingness to learn, and incremental but relentless forward momentum that are the tools of those who know it’s a choice.

That means you can do it too. Can anything be more inspiring?

You hear from Julia Kuzmenko McKim, whose retouching work many of you follow with unbroken attention. She had a formal studio-photographic education in Australia, only to find initial success was followed by a series of tough times, a drought of clients, and not enough money to buy the gear for shoots even if she had them. Then, how incremental changes and willingness to do retouching first to fund her life led to where she is now.

Or Clay Cook and Michael Woloszynowicz, who both seemed to defy the cartesian duality of separate body and mind, finding success by aligning their work more closely to who they really were. They figured out what their heart wanted, and made it happen with their head.

Clay has had a bit of a breakthrough year having shot for clients like USA Today, and Livestrong among others, but admits a major failure that made him step back, slow down, and re-evaluate was a turning point from which he hasn’t looked back. It was pushing glory out, and welcoming love and passion.

Michael Woloszynowicz, somewhat atypically, refused work, cleaned house (majority of his images) and totally realigned himself, after being very critical of his own body of work. He somehow overcame that heartbreak with hard work, motivated and moved by a powerful resolve fueled by a voice of focus, and defiance.

How many reading this really gave thought to the struggles of those who we see climbing high? There’s a lot to take in and learn from each of these creatives, but the themes are similar, and flow as collective streams coming together into a single powerful channel of motivation, and proving it can be done. So I would say, distilled, it leaves you asking one question:

Are you someone who likes to take photographs? Or are you a photographer?

Read the inspiring full pieces from the equally inspiring photographers here on the B&H Explora blog.