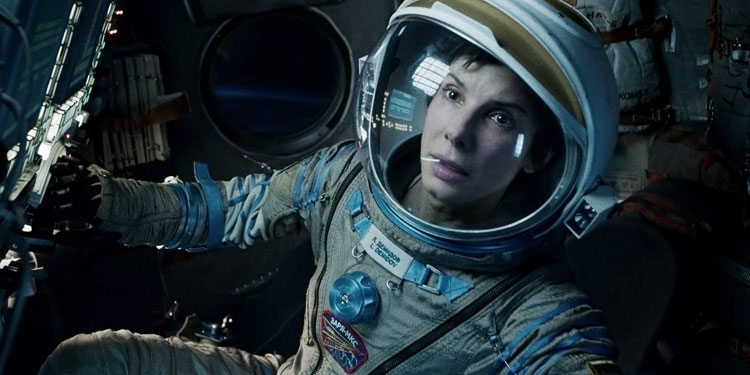 ARRI vs. RED: Which Dominated the 2014 Academy Awards?

Pepsi or Coke? Microsoft or Apple? When it comes to the film industry’s standard for digital cameras, it is usually a discussion between RED and ARRI. The Alexa is ARRI’s answer to digital filmmaking while RED’s flagship cinema camera is the RED Epic. There are small differences between the two cameras on color and exposure latitude, but the biggest technical difference is the Epic’s ability to shoot 5k RAW compared to the Alexa’s 3k ARRIRAW.

It appears that this year ARRI comes out on top with bragging rights as Setlife Magazine recently released this infographic detailing which cameras were used for this year’s Best Picture and Best Cinematography nominees. 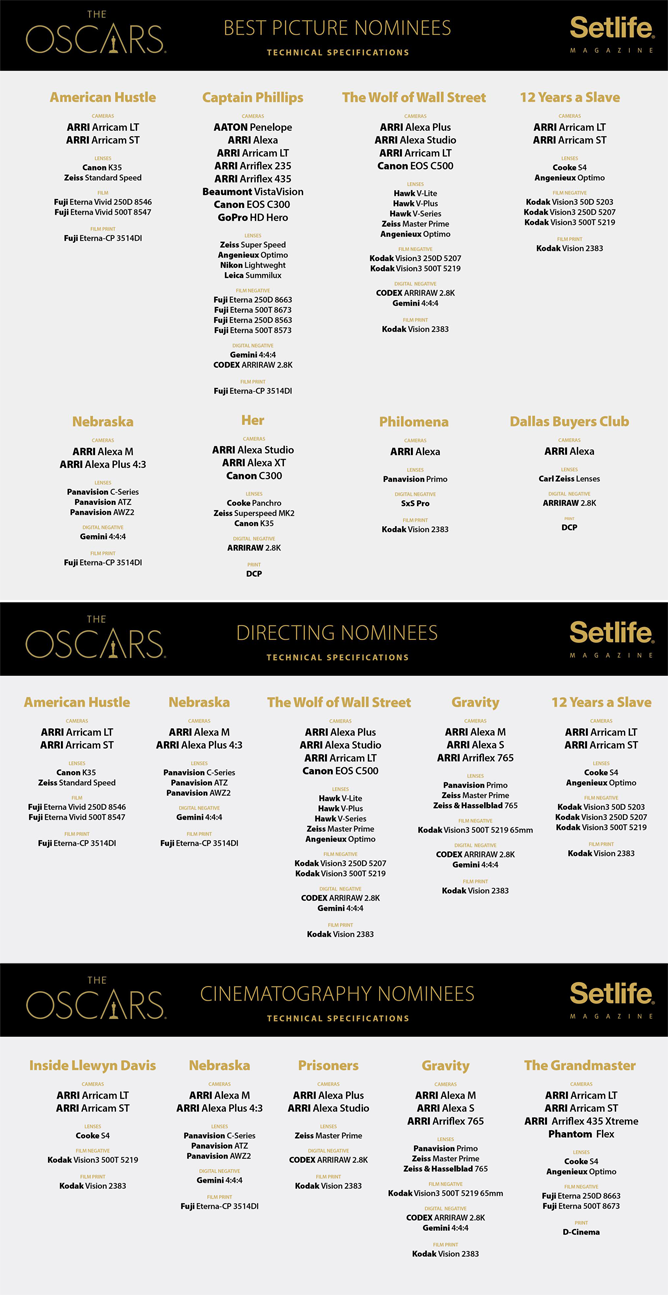 All nominees in those categories used ARRI cameras to some extent and over half of the productions were captured digitally with the Alexa. Canon’s C300 and C500 and GoPro HD Hero cameras also made an appearance in some of the nominee films this year.

While RED cameras are clearly absent from this year’s nominees, there were no shortages of big blockbuster films that chose RED over ARRI. Many of this year’s tentpole action or sci-fi films such as: Star Trek Into Darkness, The Hobbit sequel, Oblivion, and Pacific Rim used the RED Epic camera – presumably due to its ability to capture 5K resolution images (compared to the Alexa’s 3K ARRIRAW), which ease the integration of a visual effects driven story. However, Oscar films are traditionally dominated by films that are more story and character driven with less emphasis on effects, which is perhaps why the Alexa seemed to be the more popular choice amongst cinematographers.

The fact that over half of the films nominated for Best Picture this year were shot digitally demonstrates Hollywood’s trend of moving away from 35mm film. With Paramount’s recent announcement that they will stop releasing their major movies on film, it appears that we are inching closer and closer to a full transition into the digital medium.

What does this shift mean for the industry? With celluloid film, a lot of the choices of how a film will look were made prior to the film being shot – through choosing the camera, the film stock and lens filters whereas with digital filmmaking, those choices can be tweaked or mimicked later in post-production. The decision ultimately whittles down to what camera can provide a better landscape in the post world to create the look of a film. Comparatively to SLR photography, there is a less reliance now on which brand of camera you choose and more of an emphasis on how you manipulate the images captured afterward with software such as Adobe Photoshop.

While ARRI has come out on top this year, I would expect to see the battle for digital filmmaking dominance to continue between ARRI and RED as Hollywood moves away from traditional 35mm filmmaking. It is difficult to bet on which camera will make it out in the long run since both companies have their fans that will claim one camera better over the other but it looks as if this year, ARRI has further solidified its reputation.

Which do you think is the better camera: ARRI or RED? Comment below.

How To Save An Image You Shot Too Tightly Allen E. Ho is a cinematographer and camera operator based out of Echo Park, Los Angeles. In his spare time, he enjoys live music, Texas Bbq and going to the movies on opening day. Follow him on Instagram at: alleneho