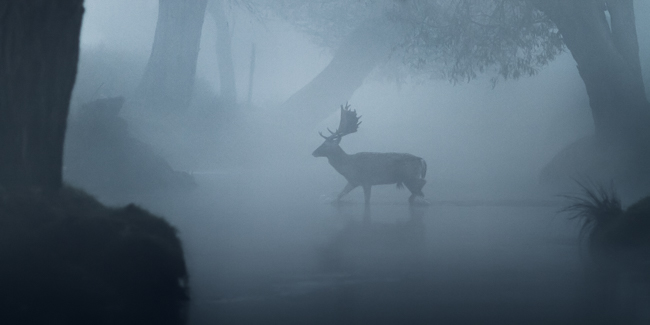 I have a little obsession with shooting the deer in my local park (Richmond Park, London). It’s one of the ways I started in photography and not to sound too cheesy, but it has a lot of meaning to me because of that. Sometimes when I go, I bump into other photographers with multiple cameras, mounted with huge expensive lenses. Then there’s me with my Canon 5d mk II and 70-200mm f2.8. That’s a pretty nice combination for portraits, which is what I mainly use it for, but definitely not ideal for shooting wildlife. 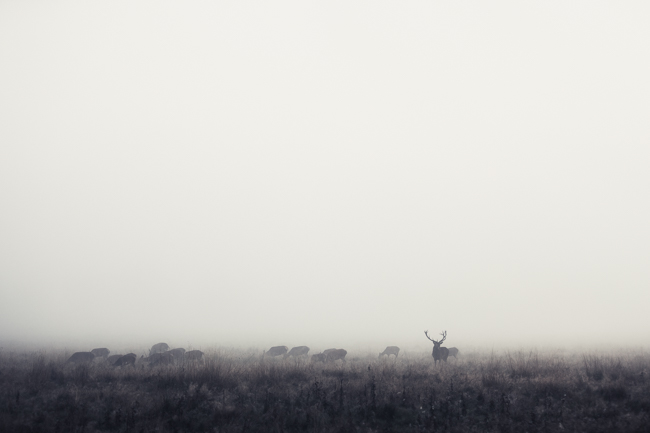 Don’t get me wrong, I’m actually one of those rare photographers who will tell you that gear is important. However, with this article I want to show you that you can push the boundaries a little so long as you plan things out. Of course, if you have the money, go and buy the longest, most expensive lens you can and couple it with an equally amazing camera body. Hey, if we’re going down that route, buy two bodies and a shorter lens for more environmental shots. Realistically though, most of us cannot afford to do that.

[REWIND: TIPS ON HUNTING WILDLIFE WITH A CAMERA WITH CHARLES GLATZER]

If all you want to shoot is wildlife, get a camera with a cropped sensor. The crop factor will mean that lenses you mount will effectively reach further, or give you a more narrow field of view, than they would on full frame bodies. For instance, I used to shoot with a Canon 7d (not the new MK II version) coupled with a 200mm Pentax lens. When mounted on the 7d, that 200mm lens effectively became a 320mm lens due to the crop factor of the camera.

If anyone is interested, the lens in question was a Pentax Takumar 200mm f3.5 which I used with some annoying adaptor that was supposed to tell me when the shot was in focus. Needless to say, it never worked very well but I got by. In fact, with that setup I took what I still consider one of my best wildlife photographs.

When shooting wildlife, the longer your lens the better. With a long lens, you can stay further away from your subject and therefore, have less chance of scaring them off (or getting hurt), which is why a cropped framed camera makes sense. The typical advice would be to go for something 300mm or above. I do not disagree with that advice, but depending on what you’re shooting, you can get away with a shorter lens.

I’ve used anything from that old Pentax lens (made in 1958) to a Sigma 70-200 and Canon 70-200mm f4. I think that depending on your subject, you can definitely get away with a 200mm. The great thing is it forces you to be creative and learn your subject.

Tripods are very useful; I bring one on every single outing. That being said, I didn’t always and you can get away with not having one, although this will depend on what lens you’re using. The longer the lens, the faster your shutter speed will need to be, not to mention the stronger you will need to be to hold the thing.

I use a Giottos MTL 9361 B with a decent ball head attached. Again, this is not the conventional setup for nature photography, but I make it work. I need this kit for shooting my portraits and until I can afford a nice long lens etc. so I will continue to make it work. 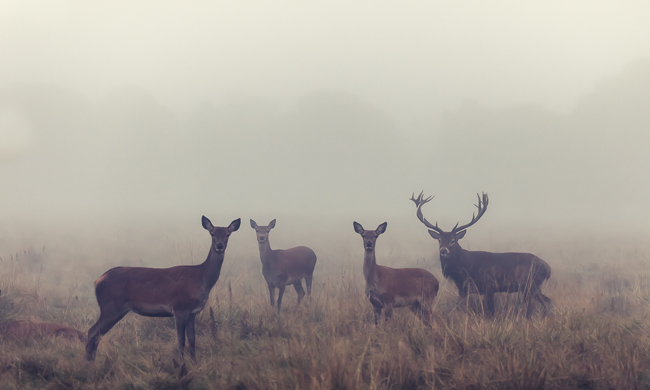 You just read that correctly. I gave the most basic gear advice ever! You will need a camera, a long lens (200mm plus) and maybe a tripod.

I value equipment and the benefits it can bring. Somebody with a nice long lens mounted on a crop frame camera, along with another camera with a shorter lens has a distinct advantage. Does that mean you can’t take wildlife photos with a shorter lens, or portraits because you’ve not got some ludicrously expensive medium format camera? No, it does not. In fact, it will force you to be more creative.

I suppose what I am trying to say is that, while gear is important, it’s not the be all and end all. You can get by and take amazing photographs with relatively inexpensive gear, or simply using what you’ve already got.

As much as I love gear, I think most of us do, I find it very boring talking about it. So now the boring stuff is done, let’s get to the interesting bit. How on earth do I shoot wildlife without a £3000 lens, £2500 camera and £500 tripod? The key is to know the boundaries of your gear and know your subjects. 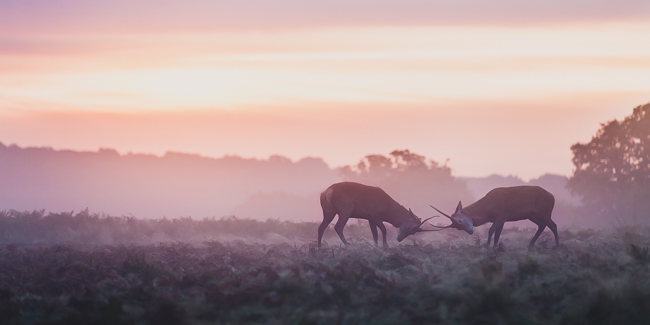 If you saw an amazing bird in flight shot and  wanted to imitate it with your full frame camera and 70-200mm lens, you’re going to have a tough time. You will waste hours, maybe even weeks slowly approaching birds only to watch them fly away. You may never get your shot. So unless you have a very long lens or a lot of time to waste, you should probably stay away from birds.

By all means, go to a local pond where the birds are more accustomed to people and snap away. But imitating that amazing shot of a rare bird in its natural habitat is not gonna happen! Don’t put yourself through that pain. The local pond is not a bad idea though. Here’s one I got some time ago. 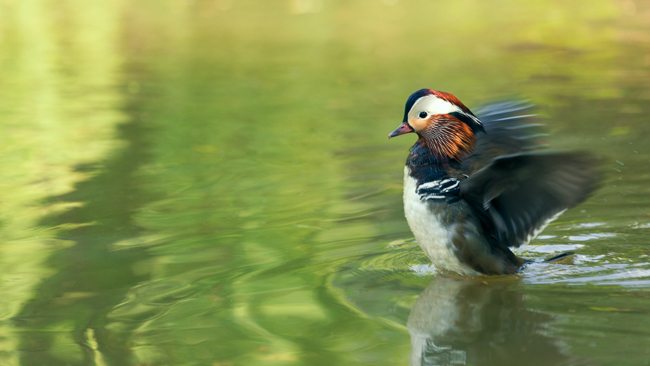 So your gear is aimed toward portraits. You bought it to catch photos of family and friends or maybe you’re like me and are setting up a portrait business, but cannot afford more lenses and cameras. If you still have the urge to go out and shoot wildlife, then my biggest tip for you is to know your subject!

Why do I shoot the deer in Richmond Park? Firstly, they’re big. Secondly, they’re not easily spooked as the park is often filled with people. Finally, I’ve lived around that park for 27 years and know them very well. I know where they will be, when they will be there, dangerous times of the year, when rutting season is, when they have their babies, when they can get defensive, etc. By using all of that knowledge, I’m able to get shots like these working within the limitations of my kit. 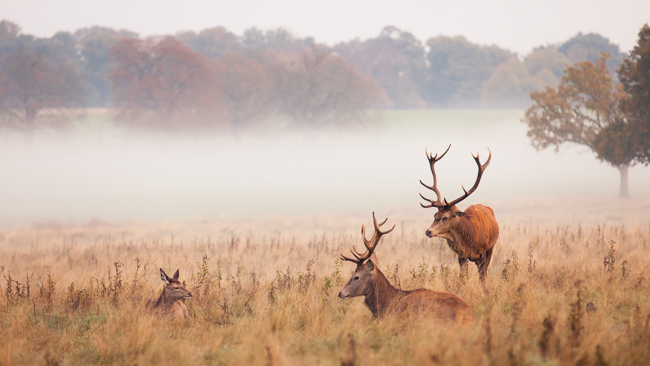 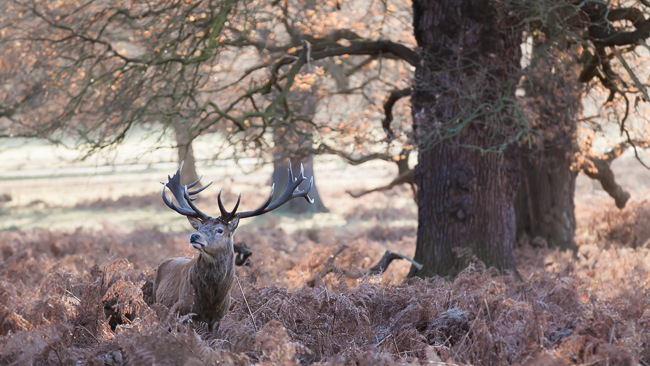 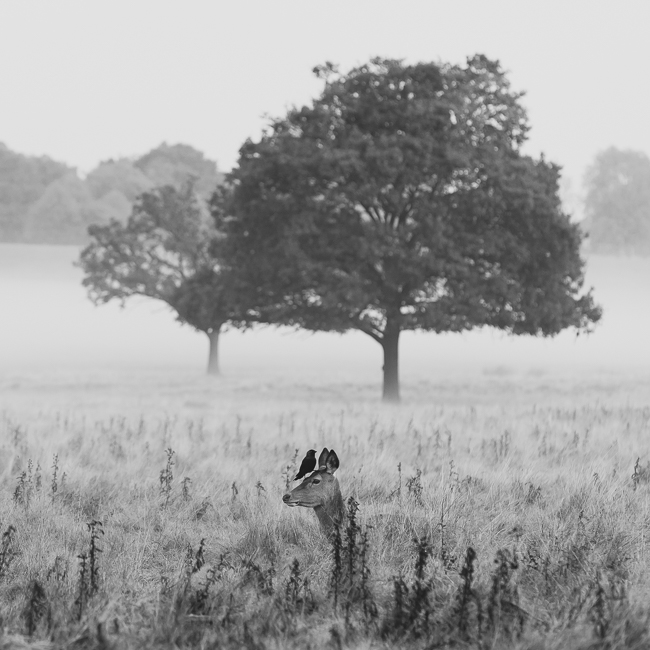 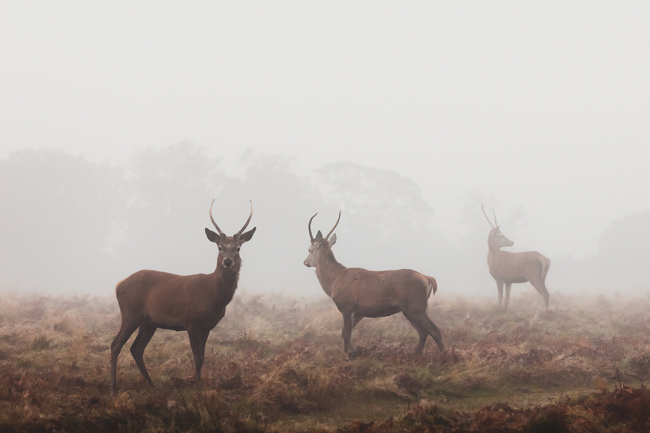 The One That Got Away

There’s so much to consider with wildlife photography that it would of course be impossible for me to fit it all into this fairly short article. Well, at the moment, I’m on a mission to re-capture an old image and will be documenting my progress as well as giving some useful tips on photographing wildlife / deer in subsequent articles.

If you’ve been a photographer for some time, I don’t care what genre, you will have had a “one that got away moment.” Moments are fleeting and photography attempts to capture those moments. By its very nature we’re going to have lots of moments that slip through our fingers, but hopefully as you become more skilled, those moments will happen less and less.

For me, one of those moments was truly amazing, but due to my inexperience, the images I captured are not of the technical standard which I strive for. The image in question was 1 ½ – 2 stops underexposed and, worst of all, soft. I saved the image in the edit, but given that same opportunity today, I know I could do much better.

You’ve already seen the photo, but here it is again. A pretty rare moment, but something which hopefully I’ll be able to capture again, or at least get some nice photos along the way.

I hope you enjoyed this article. If you’ve got any questions or examples of your own “one that got away” moments, pop them in the comments below.

Max Bridge began his career within the film industry, starting as a Runner and ending as a 2nd AC (assistant cameraman). Max worked on everything from a banned horror film to multi-million pound commercials crewed by top industry professionals. After suffering a back injury, he left the film industry and is now using his knowledge to pursue a career within photography.