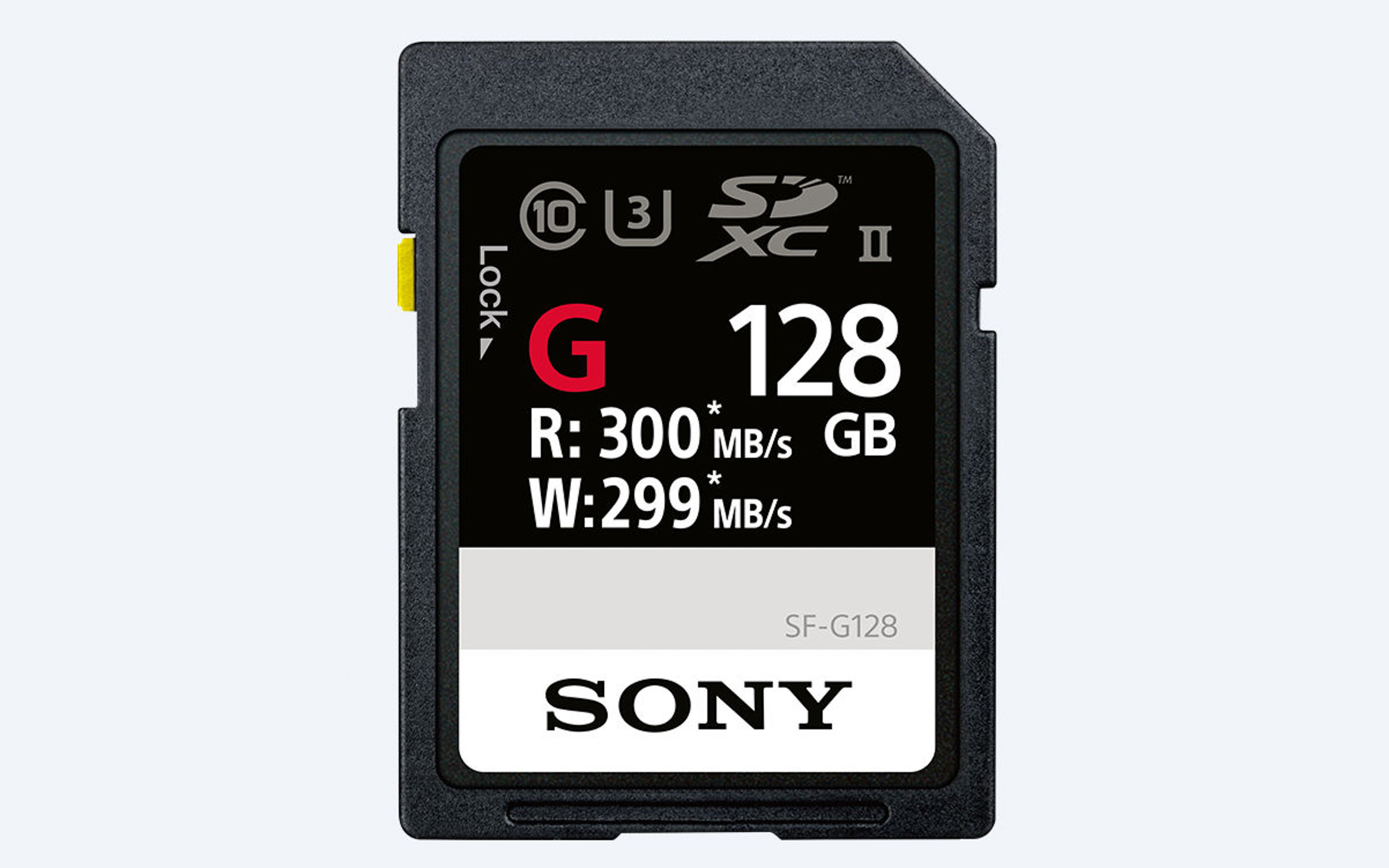 This Is The World’s Fastest SD Card

When the field of photography transcended the analogue in favor of digital (mostly), the balance clearly tipped in favor of tech companies, and that’s Sony’s forte. It’s hard to argue, if not impossible, that Sony is producing the most forward thinking and advanced cameras around, pushing boundaries and defining markets, so it should come as little surprise they would have released the world’s fastest memory card, and here we have it: The Sony SF-G Series UHS-II SD series.

The new cards sort of crumble what we previously assumed was possible relative to SD card read/write speeds stamping a read speed of 300 MB/s and an almost equal write speed of 299 MB/s. Sure that’s not quite CFast and certainly not near the theoretical limit of XQD, but it’s far beyond what’s filling your SD slot now. This kind of speed upgrade will, of course, allow for longer continuous bursts of shooting with high res files, and aids shorter buffer clearing times. Essentially, the speeds will help you take full advantage of the performance envelope of your camera.

[REWIND: It Is About Gear & It’s Not | Is Your Gear Outperforming Your Vision?]

That said, however, you’ll need a UHS-II supporting camera to reap the rewards, but that’s always the case when there’s new memory card tech, and the adoption evolution timeline of cameras for these things is shorter now than they used to be.

In addition to their main talking point, the cards are waterproof, shock-proof, x-ray proof, and temperature resistant, and come in 32GB, 64GB, and 128GB variants. To provide a full experience in conjunction with their release, Sony has a new card reader that’s purpose built to take advantage of the performance of the new cards. You can expect the cards to be released next month, with the card reader to follow soon after.

Some Of The Fastest Cards On The Market

If you were to go to B&H or Amazon and search for fast memory cards your results would be, well, overwhelming. There is an absolute bounty of cards out there and unless you’ve tested them or know precisely what you’re looking for it’s hard to know which are the real performers.  As such, here’s a short list of some of the fastest cards around:

*Note that not all cameras can take these cards and you should verify which your camera is able to use. Also, despite what’s written on the cards for read/write speed, and write in particular, you can expect that to be lower in practice. In fact, many cards will just issue the read speed and not specify the write speed.

For those without UHS-II and still want a fast UHS-I SD Card:

Codecs | Basics On What They Are, Why It Matters, & How To Understand Them