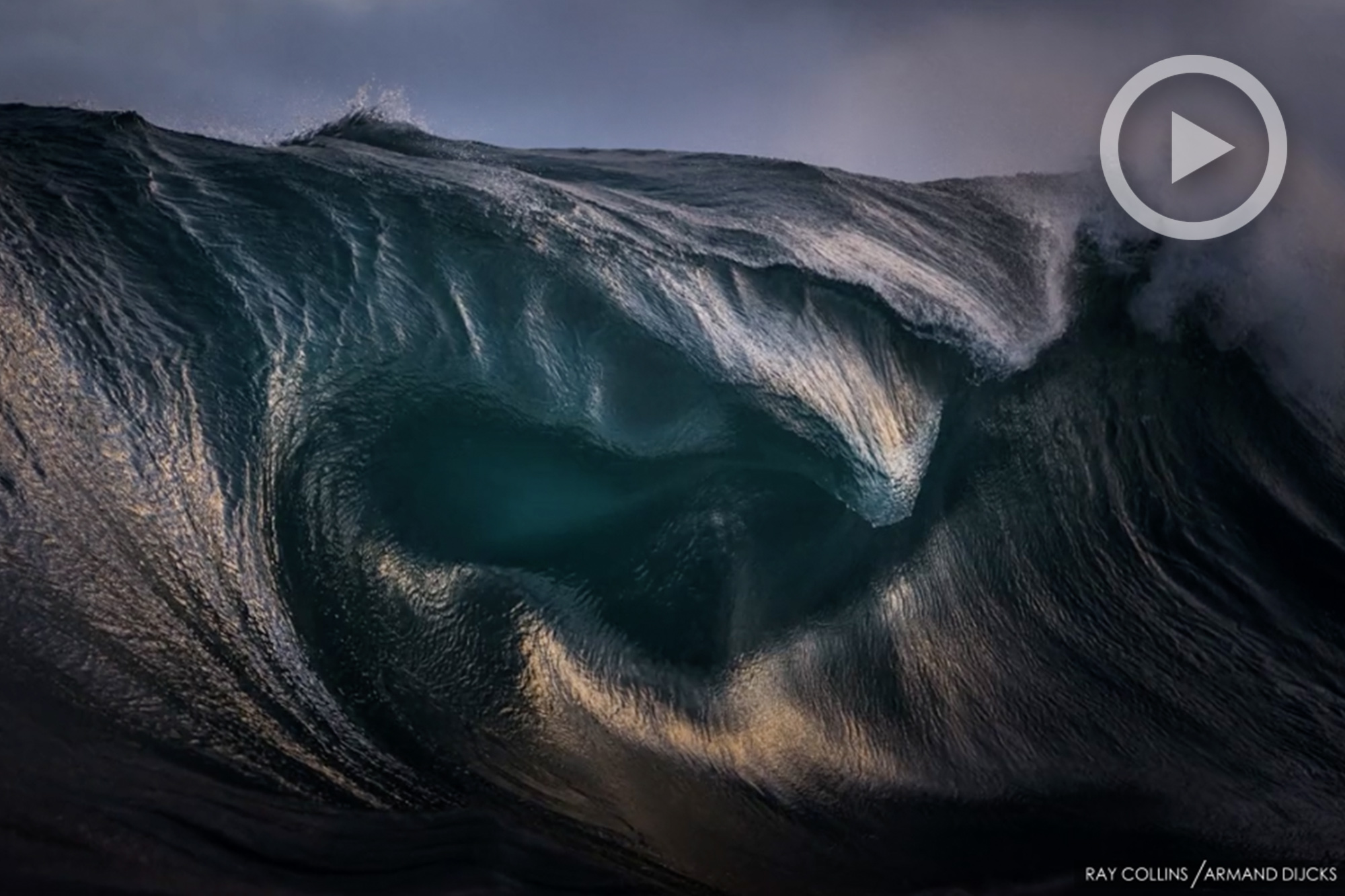 If you speak to professional tennis players or golfers or racers or photographers, those at the top 5% can typically do much of the same as those in the top .001%; they know how to hit their ground strokes, when to hit a wood off the fairway, how to follow a race line, and how to use lenses and lighting to get effects desired. Those at the top just really understand and execute these ‘basics’ particularly well and that’s where the magic happens.

We’ve all seen pretty ocean photos before and our eyes don’t even widen when we see images of a CAT5 storm or a great white breaching the water, but there are a few people who manage to make the mundane anything but. Names like Dave Sandford, Ray Collins, and now Armand DiJcks come to mind. We’ve featured Ray and Dave before, but Armand has taken the beauty of Ray’s work and made it…more. In collaboration with Ray, Armand has taken some of his images and added movement through Adobe After Effects and effectively created cinemagraphs from single photos. The results speak for themselves:

What’s interesting about it particularly from a slightly geeky photography standpoint is that it feels like you’re watching wave movement is slow motion, and the looping effect of it is so smooth you really could just keep staring at it without seeing a loop ending or start. But to get such slow motion footage with the same lighting would require a herculean effort with equally powerful cameras and lighting, and yet here it’s done with a single shot.

The idea sprung from playing around with the Puppet Warp tool in After Effects and with a small low res sample Armand contacted Ray out of the blue with the idea and it made enough of an impression to pursue it further. Moving onwards a little now,

“When I showed some of these cinemagraphs to André Heuvelman, trumpetist at the Rotterdam Philharmonic Orchestra, it inspired him to get together with pianist Jeroen van Vliet to create a bespoke soundtrack for this cinemagraph series.”

That’s right, the video, actually comprised of only 7 images inspired its own score, and it’s that you hear as you will watch the short film ‘The Infinite Now’.

You can find more detail about the project from Armand here, and more of his work on his site.

CREDITS: All photographs shared by Armand Dijcks & Ray Collins are copyrighted and have been used with permission for SLR Lounge. Do not copy, modify or re-post this article or images without express permission from SLR Lounge and the artists.