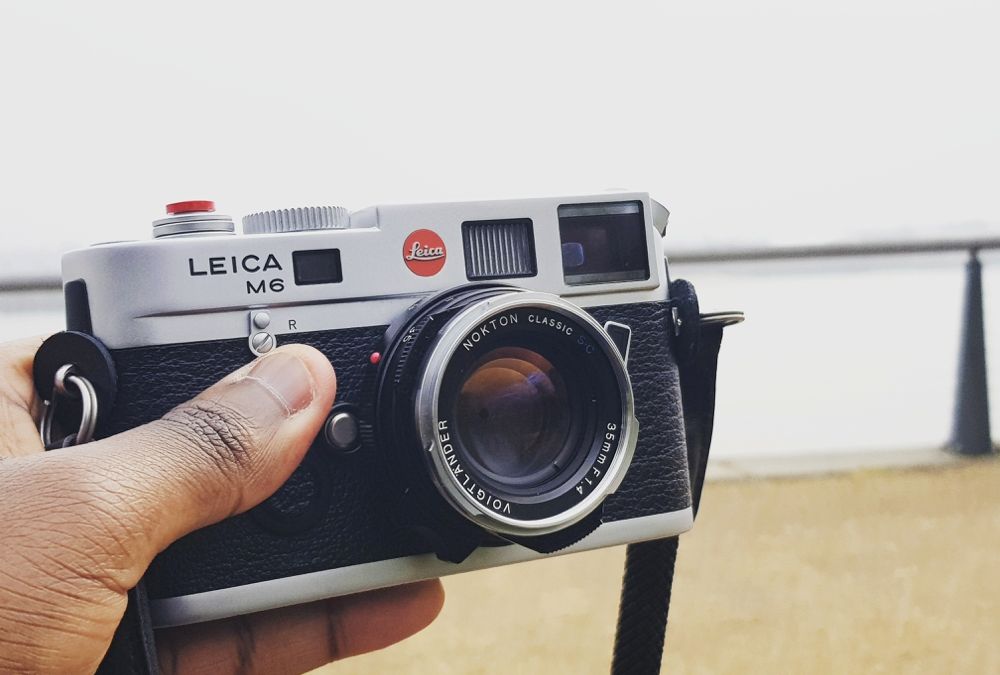 Sean Tucker has always had a troubled relationship with film photography. He’s explored it many times over the years, but he can never justify the cost of shooting exclusively with film. He also finds some of the photographers who use film to be, frankly, a little over-the-top.

This was a reaction shot as I rounded a corner yesterday in Brighton. Not my normal thing but I loved the way this guy carried himself. #blackandwhite #blackandwhitephotography #streetphotography #streetdreamsmag #lensculture #featureshoot #lightandshadow #protectyourhighlights #embraceyourshadows #ricohgr2 #grist #grsnaps #ricoh #lightroommobile #instagram #brighton

“To be very honest,” Sean says, “I get kind of tired of hearing people say ‘Film has so much soul to it’ and ‘Digital is so soulless’… This is usually from people who I guarantee couldn’t tell you in a blind test the
difference between an image shot on film or a digital image that’s pushed through something like VSCO.”

Despite the photographers that have turned him off from film, he’s recently gotten back into working with the medium and this time around, he’s actually enjoying it! He says he didn’t get back into it so he could “harken back to some golden era of photography or recapture the woo of true photography.” He drifted back into film photography because he thought the process might still have something to teach him about photography as a whole.

Sean says a major part of this new learning experience comes from reaching out to other film shooters. Talking to other film photographers about their process has taught him so much already, but he’s just getting started.

Recently, he met up with Mavis CW, an incredible film photographer who captures amazing street photos with her Leica M6 and Kodak Tri-X. One of the things Sean likes best about Mavis is that she’s not one of the stereotypical film photographers he’s met so many times over. She doesn’t brag about how she shoots on film or suggest that she’s a better photographer because of it. In fact, she hardly ever mentions it on her Instagram.

Sean got the chance to sit down with Mavis CW to discuss all the reasons she loves the process of shooting and developing film.

Check out the video below to find out how shooting on film adds to Mavis CW’s street photography. Let us know what you think in the comments!