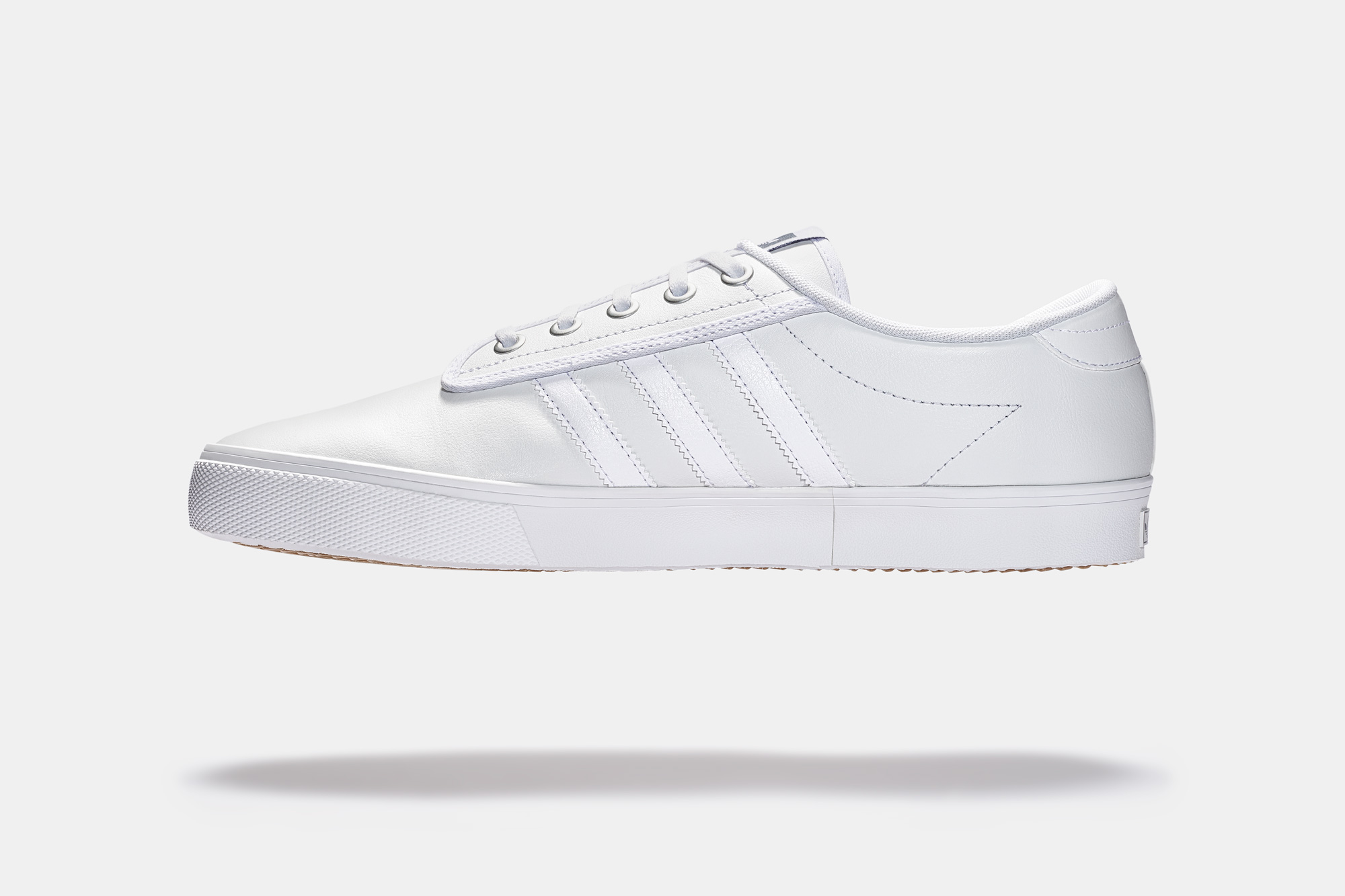 As some of you will know, I’ve been getting more and more into product photography lately. Having watched and reviewed the Photigy membership, I’ve been inspired. It may be different to my usual work but I think it’s extremely valuable for us to explore other genres of photography.

My favorite product photography photos tend to be more editorial in nature. That’s what I wanted to achieve for this photo; an image which is a little out of the ordinary; not your conventional product photo. When I saw this shoe, I immediately thought of this image, and it was a lot of fun bringing my vision to life. 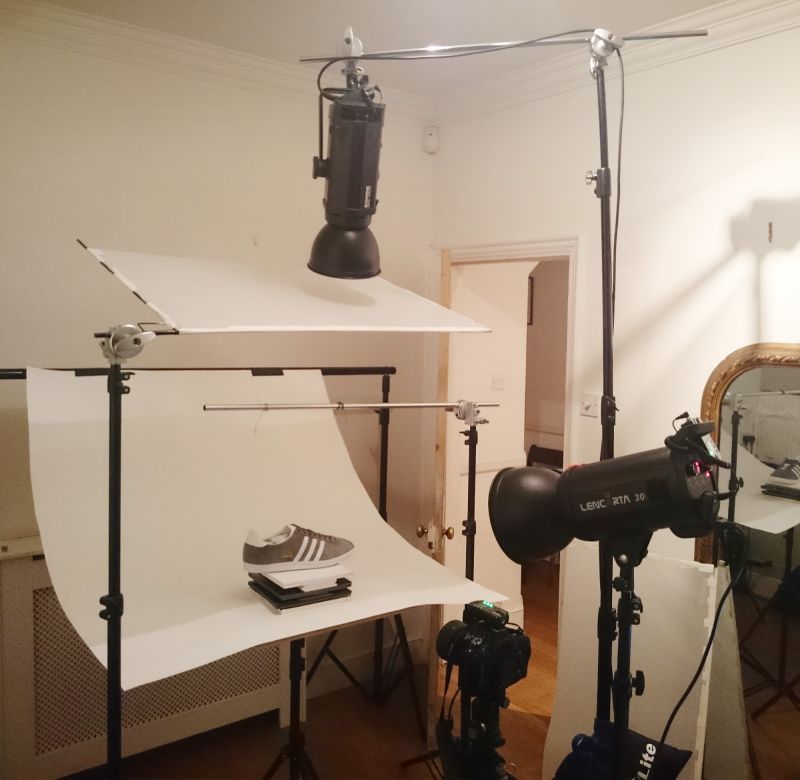 The Lighting Set Up

The set up was relatively simple as product photos go, but still fairly complex. As you can see, there were only two lights used. The main light was above the shoe pointing down. The strobe had a standard reflector on it and I placed a scrim in-between it and the shoe. The scrim and light placement is key. By adding the scrim, I was able to control the hardness of the light. Increase the distance between it and the strobe. The circle of light it projected onto the scrim became larger, which for those that don’t know, would give me a softer light. And vice versa.

The second light had a reflector and 10-degree grid placed on it, which made a very narrow beam of light. This was aimed slightly off center toward the back of the shoe, thus filling in some of the shadows. In hindsight, I wish I had taken this light up a notch or two to reduce the shadow further.

Side note – For the keen eyed amongst you, the behind the scenes photo was taken once I moved on to photographing another shoe. The set up remained almost identical.

As I mentioned, the placement of both lights was key. I wanted to bring out the leather texture of the shoe but I also didn’t want the shadows to be too harsh. To bring out texture, we want our lights positioned at fairly extreme angles. Imagine the sun in the sky. Midday is boring for landscape photography as there is little dimension. The landscape is flat. Whereas at sunrise and sunset, the extreme angle of the sun carves out the landscape. The same principle applies here. 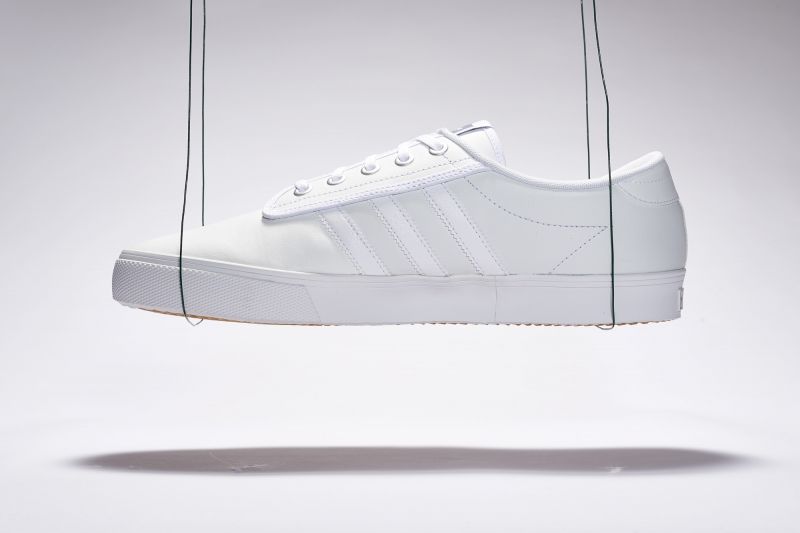 The editing of this image was very in-depth. The photo you see above is more or less SOOC. As you can see, there was a lot to do!

Product photography requires extreme attention to detail. We want the product to look perfect. As a result, it can sometimes take a long time. My first step is always to clean. I remove any marks, liquify areas and generally make the product look good. It’s always advisable to do these kinds of changes first. If not, you might have a bunch of adjustment layers and a layer on top with all your cleaning (cloning and healing). What’s wrong with that? Well, what if you decide to adjust some of those layers underneath? Suddenly all that work you put into cleaning is ruined. Always clean first. Same goes for portraits. 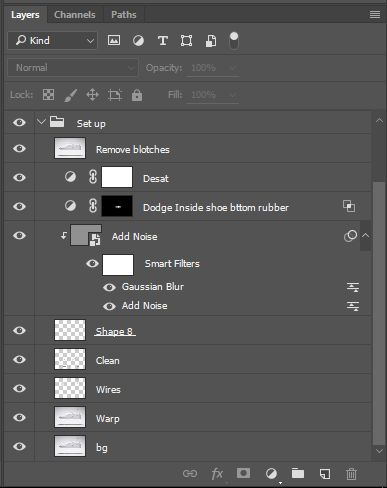 As you can see the “clean” phase involved many layers. One which may confuse you is the shape layer with the noise one attached. That’s some bad naming on my part but essentially, I used the pen tool to draw lines on the shoe. In some areas, the lines were not perfect. I filled them in by adding these lines. I then added the noise on top of that layer to make the color appear more natural, more like texture. It’s a really useful technique. 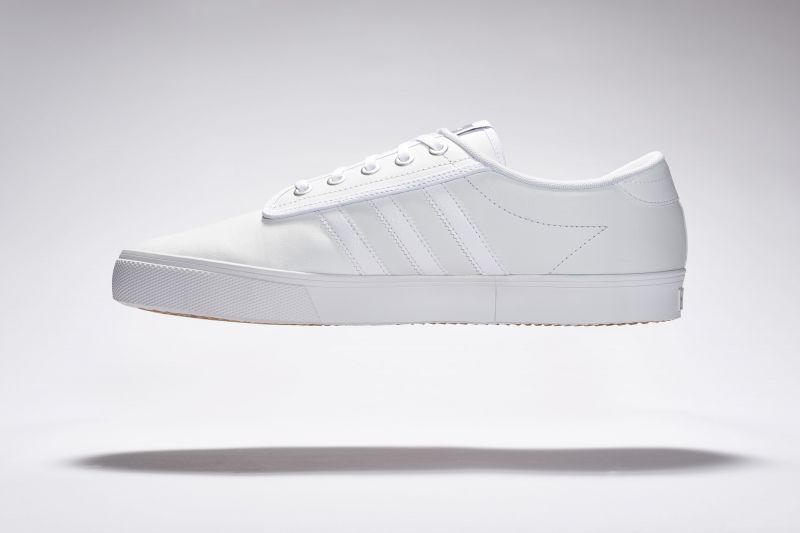 Creating The Base That We Work From

Having cleaned the product, I then like to build my base from which all other adjustments are placed on top. I knew even while shooting that I would be cutting the shoe out from the background and adding my own. However, I wanted it to be close to how it would look in the end and I wanted a good shadow. Creating the base here involved masking out the shoe and adding the background, softening the shadow and adding it to the newly created background, and finally sharpening. 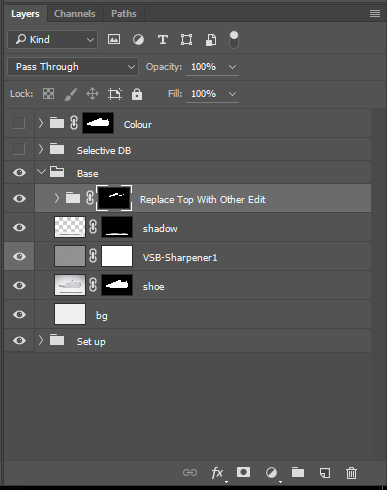 As you may notice, I also added another layer to fix some blown out areas. My mistake. We all make them. This was a simple case of returning to Capture One, adjusting the original RAW and importing the adjusted photo back into Photoshop. I actually did this right at the end of the edit and hence it was a far harder and longer process than it should have been in the first place. As I said, we all make mistakes. 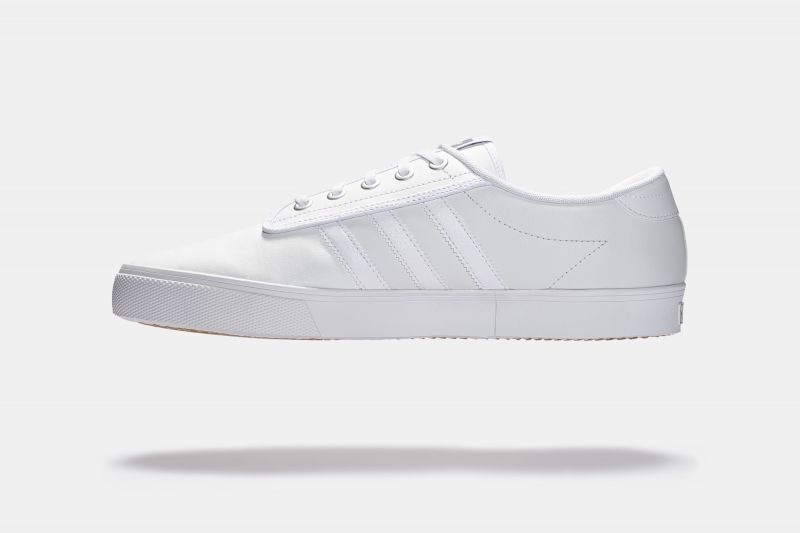 The Fun But Laborious Part

Again, something I knew I would be doing from the beginning with this photo was to create clipping paths for all the different areas of the shoe. Just for fun, I created a visual representation of those masks for you all by adding colours to the different areas. You can see my god awful creation below. 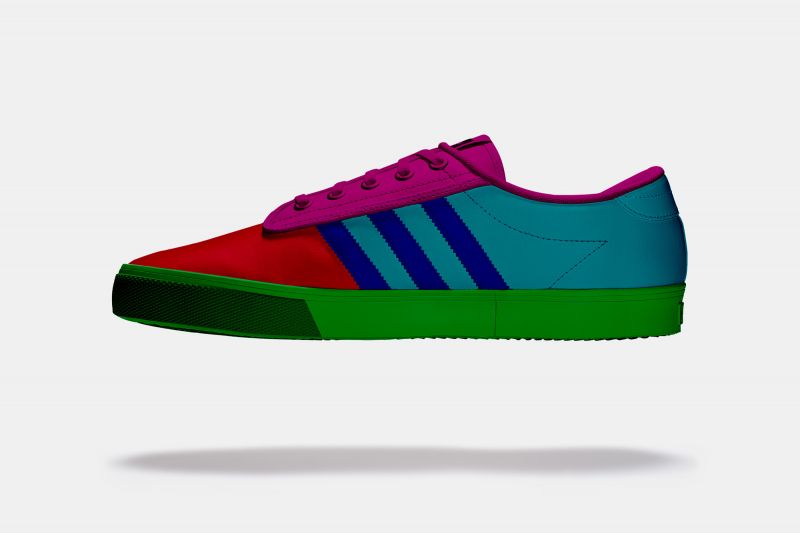 By creating these very precise masks, I was able to have complete control over the look of this shoe. I added contrast, brightened areas, darkened others and so on. All the adjustments were very subtle as I didn’t want the final image to look fake but the masks really helped to accomplish this. 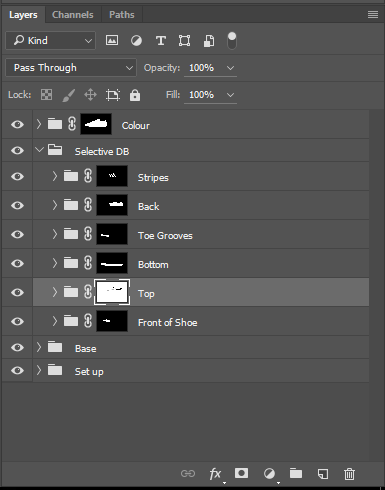 The final step was some very minor colour adjustments to remove some of the blues from the shadow areas, and that was it. Here’ the final image: 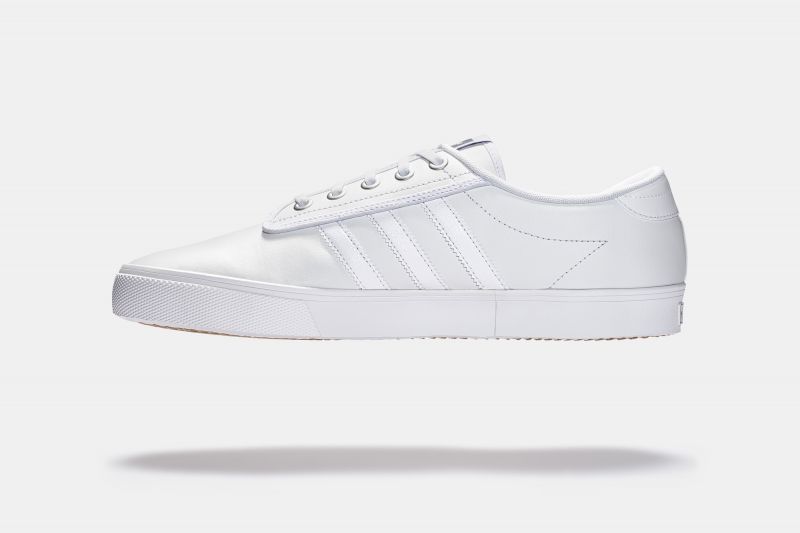 For those that want to know, the settings were as follows: