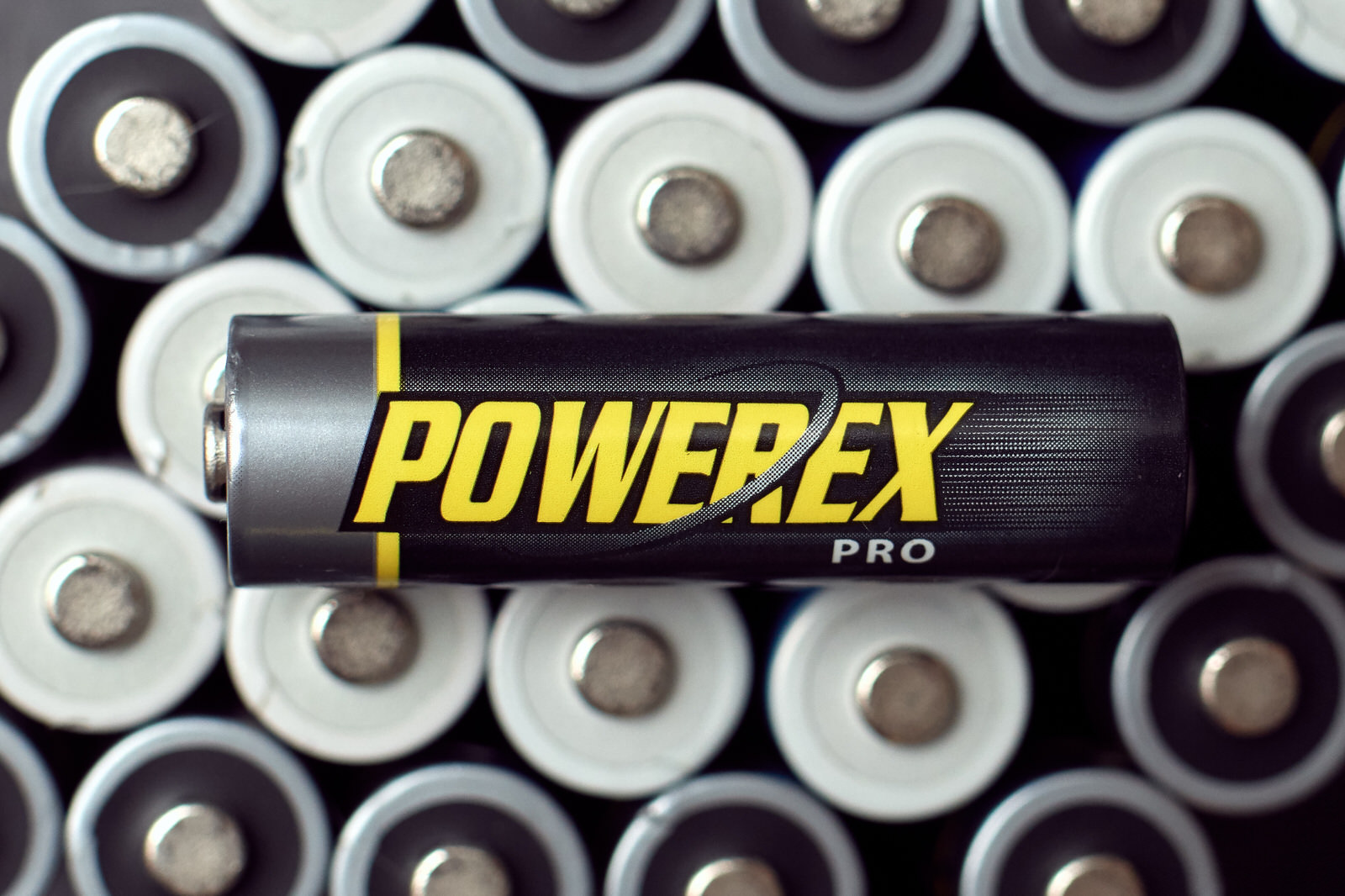 Becoming better and less expensive in the last several years, Rechargeable batteries have paralleled the development of the electronics that they power. With many gadgets on the market today you hardly see a battery as many times it is sealed behind a mixture of glass, aluminum, and screws.

The only time, it seems, that batteries come to the forefront is when they don’t behave properly or are dead. The ubiquitous nature of rechargeable batteries has almost made them an afterthought.

Maha has made batteries under the Powerex brand for years now. The company’s Imedion batteries have been raved in in the past for being a great mix of performance to value.  As technologies and terminologies changed, so have Powerex. The ‘Powerex Pre-charged’ and ‘Powerex Pro’ lines happen to be the latest development from Maha.

With a 2700 mAh AA capacity and an ability to hold a charge up to 75% for one year of storage, Powerex Pro batteries seem perfect for photographers who are need of long-lasting dependable power for devices without a built-in Li-ion battery. 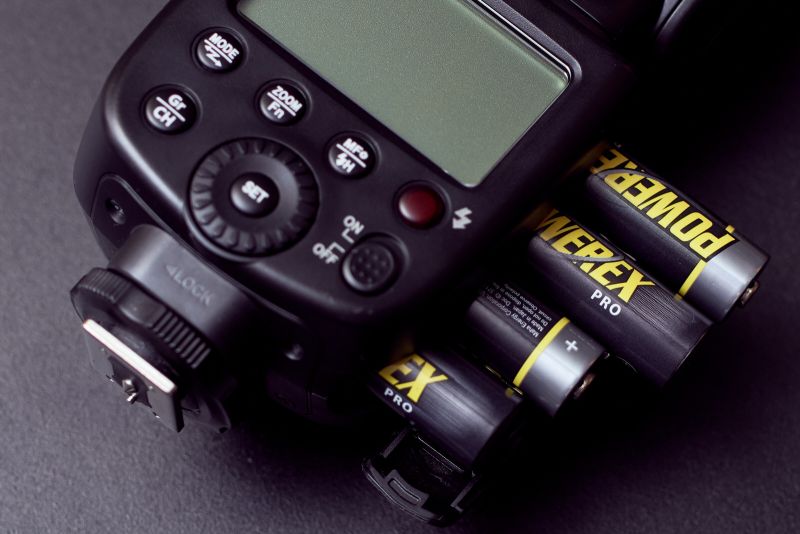 Regarding practical high-drain uses, most photographers will use AA for their collection of speedlights and radio triggers, so those were the focus of testing. The test consisted of a set of Powerex Pro AA batteries against Eneloop AA in a Flashpoint R2 Manual Flash (Godox TT600), as well as, the Flashpoint Zoom Li-on R2 TTL (Godox V860II-N) with, I might add, interesting results. 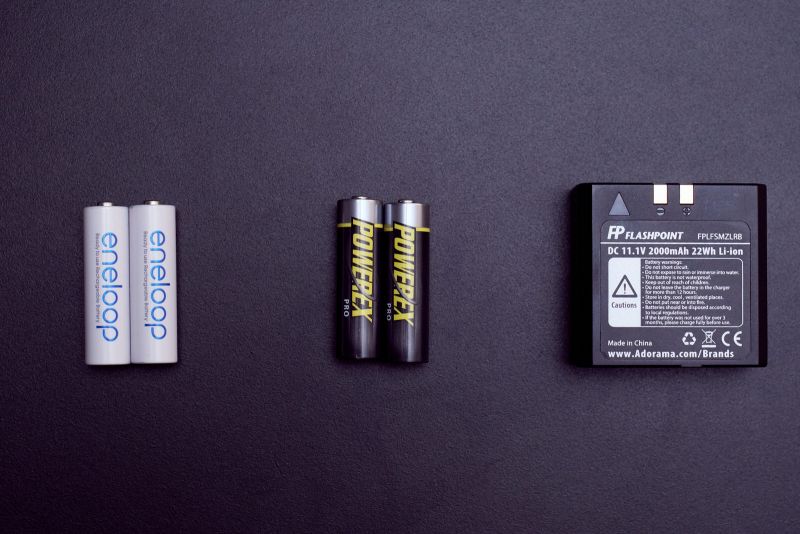 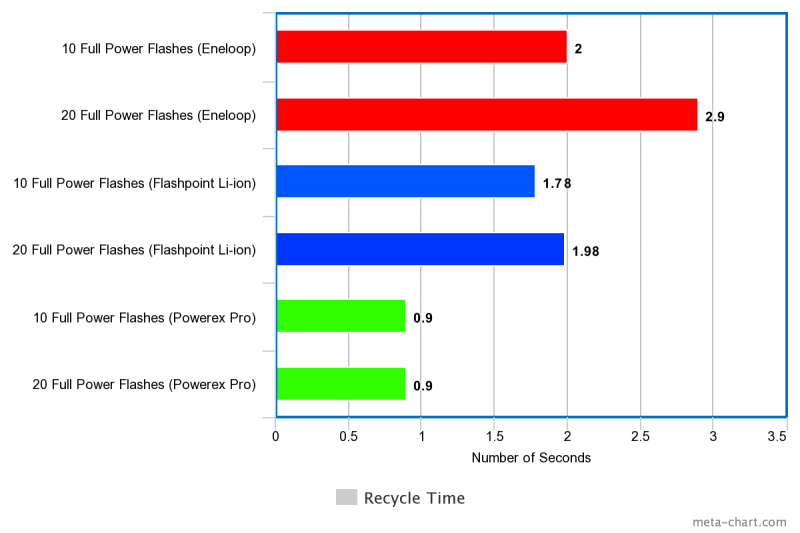 Each set of AAs were cycled twice and charged with the Powerex MH-C801D 8-Cell Charger, then left sitting for a week. The Godox V860II-N was charged to full and left to sit. Letting the batteries sit gave them time to cool and to reflect real-world use. Each flash was fired at full power with the test button in rapid succession and waited for the flash to recycle.

The Maha MH-C801D charger was used because it has the ability to restore batteries to their optimal performance level by repeatedly charging and discharging them. (Also, it has intelligent charging technology and overcharge protection.) 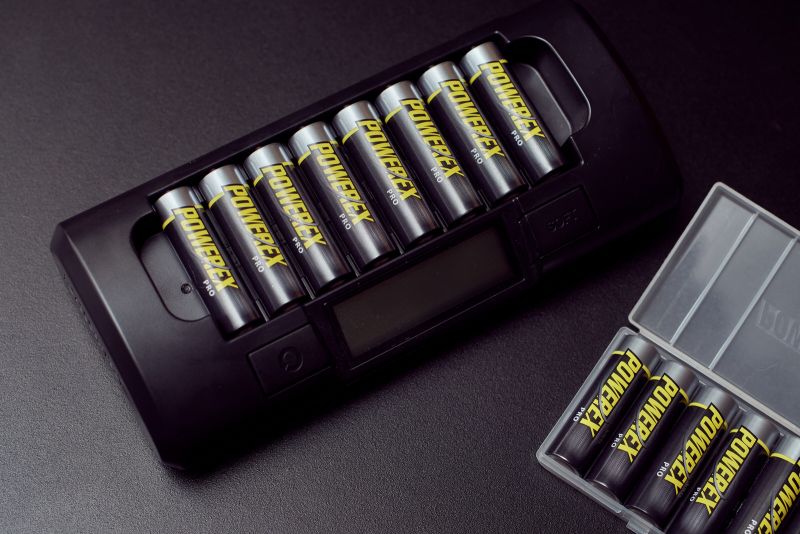 In the test, the Eneloops were the worst performer taking 2.9 seconds to recycle to full power after 20 full power flashes, the Godox V860II-N took almost two seconds to full recycle, while the Powerex recycled as if only one flash was fired, coming in at 0.9 seconds. It is interesting to note that the Eneloop AA test batteries were very hot to the touch after testing, while the Powerex Pro test batteries held ther cool.

For a low-drain test, I placed each AA battery in a LED Flashlight and timed how long it took until no light was emitted. Both the Eneloop and the Powerex Pros lasted a little over 2 hours and 10 minutes. The Powerex Pro did last a few minutes longer, but that should be expected to its slightly bigger capacity. 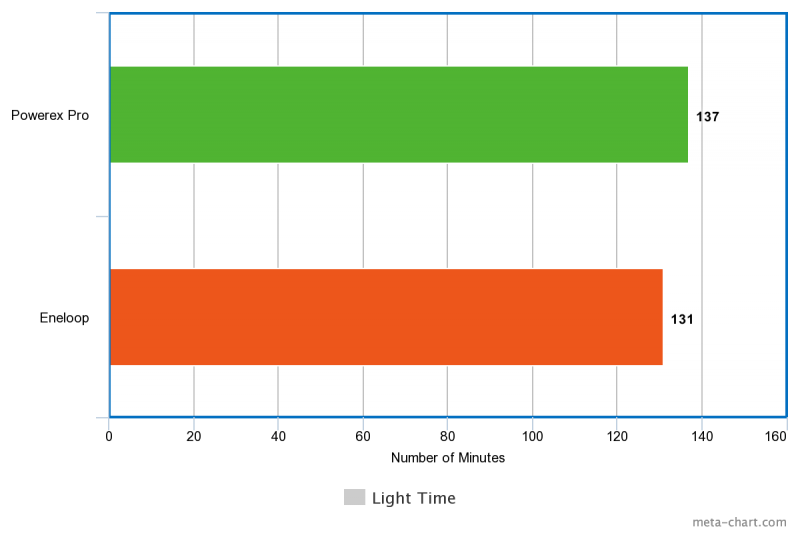 At a typical 10-hour wedding I would go through multiple sets of similar Eneloops. The cells would overheat from use and I would receive overheating warnings on my flashes. After using the Powerex Pro AAs exclusively for a wedding season, it is difficult to return to AAs that have changed manufactures more than Rihanna has had albums (Eneloop). Highly recommend.

You can pick Powerex Pro AA batteries in either a 4- or 8-pack from B&H and if you don’t have a smart charger the Powerex MH-C801D 8-Cell Charger is definitely worth a look as well.

*All Product Images were made using Powerex Batteries