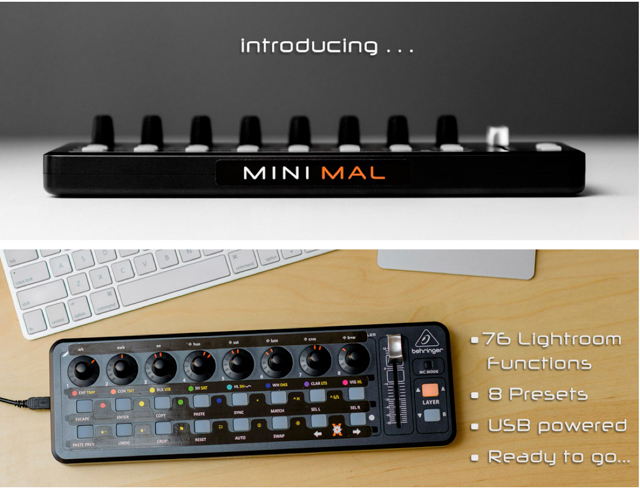 Within the past nine months, I’ve written a few times about various ways to control Lightroom from some sort of modular device. Lightroom, for all its worth and value, can sometimes be its own worst enemy in terms of efficient/accurate control, and thus our problem.

If you’re working on a small monitor, like on a laptop, the sliders at times take careful (slow) movement to get just right within the Develop module. Using the mouse or trackpad isn’t necessarily the best way, though, of course, the most common. Numerous companies are creating modular interfaces to control Lightroom with, and frankly, many of them seem great. 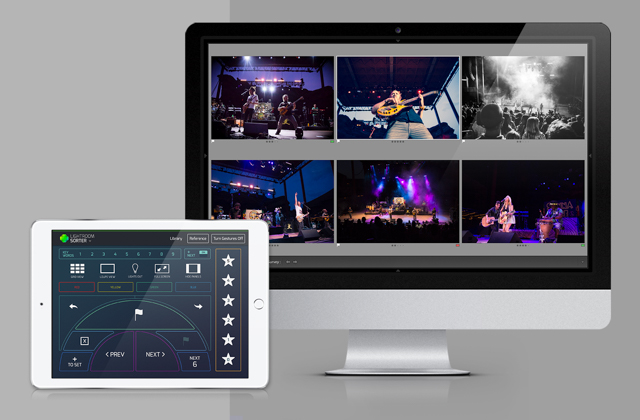 As an Apple user and having a few iPads laying around, the CTRL+Console Lightroom Sorter that was just released has turned out to be my favorite way of culling and sorting through my images. The finger gestures are brilliant, survey mode is nice, and on a big screen I can sit back with clients and not be hunched over the keyboard. It just works, and for like $30 or something, it’s a great deal. But it’s not complete yet because the Develop module controller isn’t finished. 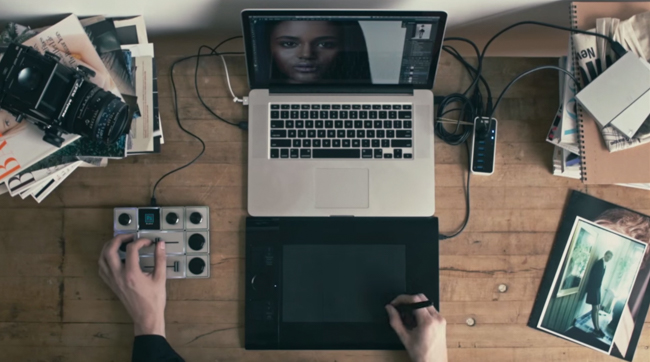 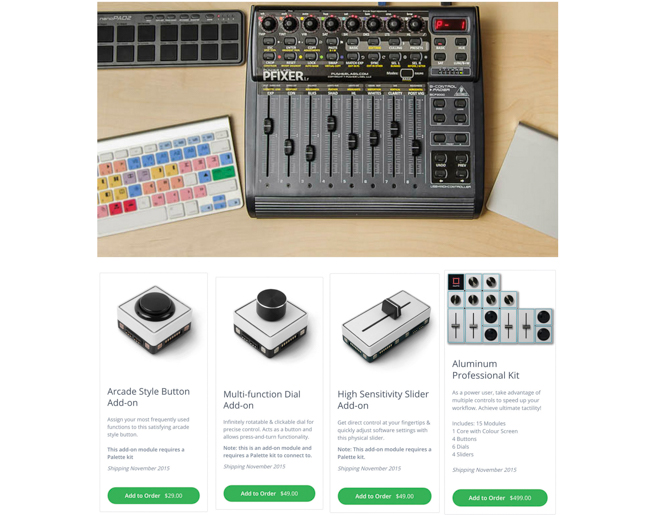 Also, for those who don’t have iPads or those who prefer something a bit more tangible, it’s not the answer. A company called Palette came out with a modular system of sliders and knobs to control LR and seems good, but is around $500 for the whole kit, and that’s a bit steep for most. The other option was from PFixer, which basically took a physical and motorized MIDI controller and repurposed it through mapping software to control Lightroom and Photoshop.

This whole package was around $350 for the whole thing and honestly seems pretty incredible. The only drawback appeared to be the size – it’s not exactly portable, and many of us are always on the move. It’s the main reason I hadn’t bought one. Well, now Pusher Labs has addressed that with the PFixer MiniMal MIDI controller.

Unlike the older, bigger brother, this doesn’t have a host of sliders, but only one. It does, however, have 33 buttons and some of which double as dials. This is because where the other version used the Behringer BCF-2000 MIDI controller, this uses the much smaller Behringer X-Touch Mini. The precision of adjustment using this, in theory, makes me a bit giddy actually, and at $180. Well, allow me to clarify, the PFixer software is $99 and the device is another $100, but the bundle deal is $180. But hey, if you have the MIDI controllers already, you’re halfway there. Get it here.

We have not used this as yet, but will hopefully be getting a review unit to give you a proper look into the build and usage qualities. So keep an eye out.

Can You Tell The Difference Between Golden Hour And Artificial Golden Hour?