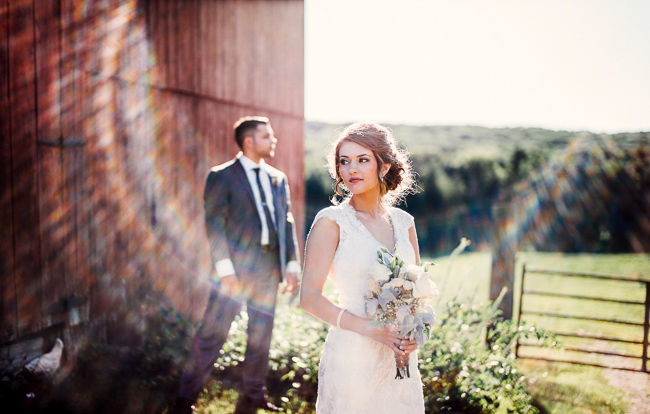 In a time where separating yourself from your competition and standing out is more important than ever, thinking outside the box and trying new things can be crucial in doing just that. In an extremely flooded wedding industry that is only growing by the day, building a successful business and a brand that sells can seem impossible at times. Not only do you need to stand out artistically and create a marketable product, but you also need to know how to build and maintain a successful business around it.

The photography business, in general, is one of the most challenging and competitive you can get into, and even if you get to the point of tasting success, the odds are still against you. As per Dane Sanders in his book, Fast Track Photographer, in the 1st year, 60% of photographers give up their business. Of that remaining 40%, another 25% will fail within the 2nd year. The ones that make it are the remaining 15% who endure through the 3rd year.

Recently, I found myself mid-way through that 3rd year of running a successful business. I began to evaluate what it would take to continue down the path of beating the odds. I looked at what I had done to get here, and what it would take to not only keep growing what I started, but make it even bigger. There were things I had done right, things I had lucked out on, and things that I still found myself struggling with. I had made enough mistakes by this time to start learning from, and I knew I had a lot more to make.

In the first three years of business, there had been a lot of big decisions and risky moves. What I decided to do next not only was something I had not seen anyone else do before but would also be a huge leap of faith. Now, six months later, that leap of faith has turned out to be one of the best business decisions I have made. It’s also made entering into my 4th year a very exciting one, and one that I will no longer have to do while still holding down a day job on the side to support my family.

I wanted to write this article for a few reasons. The first being that I felt that it’s something that a lot of you would find interesting. The second, to explain why the move that I made worked so well for me. The third reason is that I think this is something not many have thought of, and I feel like it is something some of you should consider. So, what was the move? Well, I partnered up with my direct competition, leaving behind the business I had spent three years building, to start a completely new company in a partnership with him.

Why I Did It

Before I get into the five reasons why I think you should consider it, or more so, why it has worked so well for me, let me explain how it happened. As my business began to take off, going from 15 weddings to 45 the following year, things started to really become overwhelming. From answering emails, scheduling, consultations, shooting weddings every weekend, engagement shoots, paperwork, editing, and album designing, to all the other time-consuming tasks, I was still holding a full-time job as an engineer. Working a full-time job is something many of you are doing while trying to get your photography business off the ground. So, I had a reached a breaking point. I was getting burned out, extremely burned out, to the point it was unhealthy. Something had to give, and I wanted to make a move that would either take my business to the point that I could leave my day job, or leave my photography business behind. My dream was in reach, I just had to do something to grab it.

Another photographer in my area, one that I considered to be the most talented, had stressed the fact that he was in the exact same position. This photographer was also one that I had gotten to know very well over the previous couple years. We had become good friends and often tossed work back and forth to each other. In a joking manner, over drinks one night, the idea of merging our businesses came up. A couple weeks later, that idea grew into serious talks and meetings to see if it would work. A month later, Twisted Oaks Studio was formed, and the rest is history.

So, why has it worked so well? Let me show you the top 5 reasons I think it was the smartest move I could have made, one that led to me very confidently leaving my day job, something I didn’t think would ever be possible.

All business expenses are now shared and split down the middle. From advertising costs to paying for a new website, every cost is now split in half. Under one business name, splitting costs also allowed for us to spend a little bit more on certain areas that we may not have been able to do on our own.

While some photographers have partnered up and started shooting weddings together, we went a different route. We still shoot separately. We each book our own weddings; that way instead of us booking 40 weddings a year together, our goal is to book 40 weddings each, totaling 80-90. Just like with expenses, all income is split down the middle.

One big reason we were able to even consider the partnership is because we each have a very similar shooting style and view on how to do things. With that being said, we each complimented each other nicely. While my strengths were more with creativity and artistry, he was much stronger on the business side of things, such as pricing structure and sales. Coming together gave us the opportunity to learn from each other and use our strengths to help the business hit the ground running.

Since we were one business, we wanted consistency in editing so that our work was very similar, and clients would have a tough time telling the difference between our images. Outsourcing our post production was one of the smartest decisions we made right out of the gate. Not only did it take a lot of work off our plate and gave us a lot of time back, but it also kept the editing the same between us.

Partnering up was a risk. We each had built a successful business on our own that we both were individually proud of. Leaving that behind to start something new, and take a chance on the other partner, was a big risk. A risk we were willing to take for the future and turning what we had into something much, much bigger. At the time of the partnership, we each held a solid full-time job making close to 6 figures. A few months later, we both left those jobs behind. Teaming up gave us the chance to work together and confidently raise our prices, make other moves, and start planning for the years ahead. All moves that we would not have been able to do on our own; it would have simply been too much work. Now, we are in the process of hiring two associate photographers, a videographer, and a studio manager.

The bottom line is that to succeed in business and life, you need to be willing to make bold and risky moves, nothing you haven’t heard before. This was a move that I had never seen before, never considered before, and never imagined would prove to be so positive so quickly. If you are in that third or fourth year of business, and you find yourself in the same shoes that I was in, needing to make some changes, maybe this is something to consider. You obviously have to find someone that you can trust and has your same vision, but it’s possible. Don’t be afraid to take a big risk for the sake of your business. I’m glad I wasn’t.