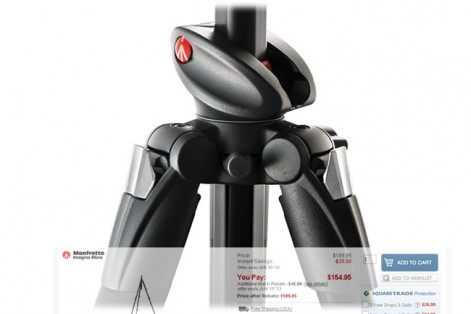 Here at the Studio for SLR Lounge, (and Lin & Jirsa Photography) we have a LOT of tripods.  For some cazy reason, we probably have 2-3 tripods per photographer!  I don’t know how that happened, but as a landscape and time lapse photographer I certainly don’t mind having a couple backup tripods.  One stays in my car at all times, another is somewhere around my apartment for lens calibration and testing, and you can never have too many tripods (or cameras!) when you’re out shooting time lapses in the desert…

Of all the tripods we own, however, the most tried-and-true model is hands-down the simple, basic Manfrotto design. We have about a dozen of these bad boys!  The 190 series is their latest version of this popular model, and it stands rightfully on the shoulders of Manfrotto’s long legacy of rock-solid support systems.  Heck, half the landscape photographers I know still have one of those massive, tank-like Bogen / Manfrotto “beasts” laying around somewhere, simply because they REFUSE TO BREAK!!! 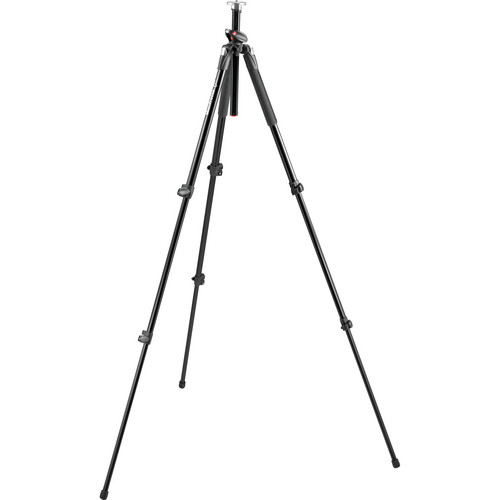 Of course while heavy-as-a-brick tripods are great when you are trying to take pictures in gale-force winds, we’re certainly glad that Manfrotto’s newer generations (such as the 190 series) are much lighter.  The 190 (without a head) weighs in at just 4.6 lbs.  Yeah, it’s not the feather-light backpacking Gitzo tripods that you can carry on a backpack for days without tiring, but still incredibly light and compact for car travel, and general portrait or wedding photography use. 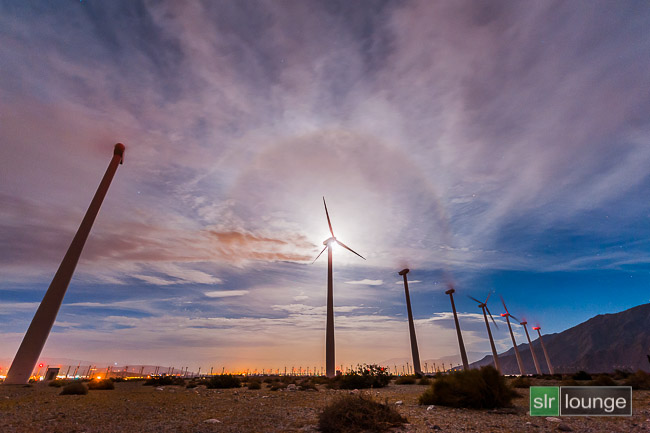 Many beginner photographers complain about tripod prices, saying that they just can’t afford the $300-$900 models.  Why should they have to spend so much, since they barely ever use a tripod anyways?  It’s just not as exciting a purchase as a new lens or bag…  Unfortunately, most of these photographers wind up buying knock-off brand tripods for $59 on Ebay, or they “splurge” for the $99 model that comes with a cheap head included.

Well as a landscape photographer who has been seriously abusing tripods for over a decade, I’m here to say that most generic brands just don’t last.  They will literally rattle apart within a year or two.  Sure, if you’re a gentle photographer who treats all your equipment very delicately, then by all means go and buy the cheap stuff, and it will probably do the trick just fine for many years if you barely use it.  But if you’re like me,  (I once used a tripod to dig through some tough snowpack; those spikey feet were the only thing that could do the job!) …well, you need something burly, something that remains rock-solid no matter how much it bumps around in your trunk between your portrait sessions and weddings… (and crazy adventures to the middle of nowhere.) 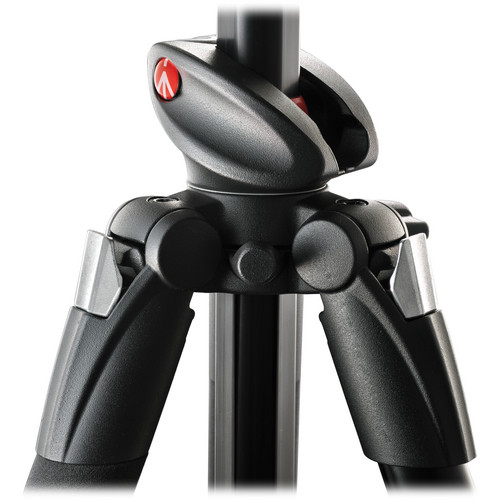 At the end of the day, the Manfrotto is your safest bet.  You just can’t go wrong.  And right now, thanks to B&H and Father’s Day, the 190 series is on sale, doubly!  There is currently a $35 instant savings discount, and on top of that a $45 mail-in-rebate.  At a final price of $109, in my opinion you have no excuse to buy a knock-off model right now.  Even if $109 is just slightly out of your budget for tripod legs with no head, you’ll thank yourself in the long run.  Let me put it this way:  Of all the many tripods that I have owned over the years, I have had three ~$100 generic tripods completely fall apart in the same lifespan of a <$150 Manfrotto tripod.  You do the math! 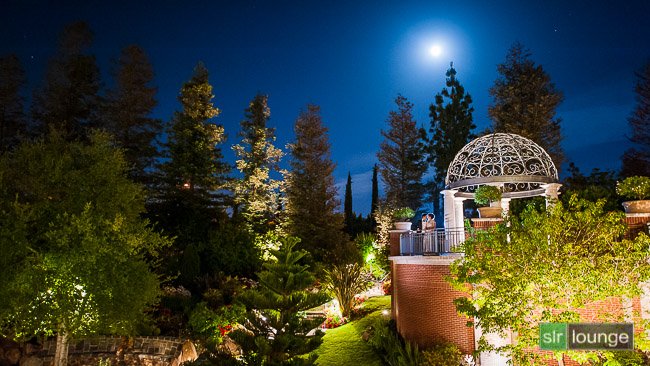 Wedding Portrait under a full moon, Spring 2013
(For those of you wedding and portrait photographers who think tripods aren’t even necessary!)
Nikon D700, Nikon 14-24

UPDATE:
Since this sale is for a set of legs with no tripod head included, a lot of people have been asking us for a recommendation on heads.  Our best recommendation is for the Manfrotto ballhead that is most often paired with this set of legs, the 496 series ballhead: 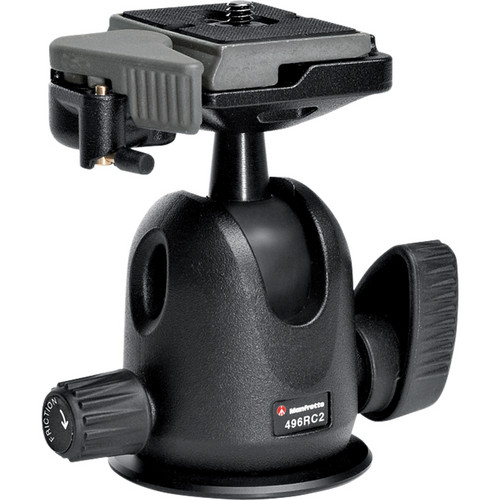 The ballhead is $89 and this will put your total cost at just under $200 when all is said and done.  (Yeah, we hate waiting for MIR’s to arrive in the mail, too!)

Also, a note about tripod support and weight:  The Manfrotto 190 leg set is rated to support 11 lbs, which is more than enough for a pro-grade DSLR and most lenses.  Heck, we have even been able to use a 300mm f/2.8 on these systems from time to time with no problems, although we don’t recommend it of course!