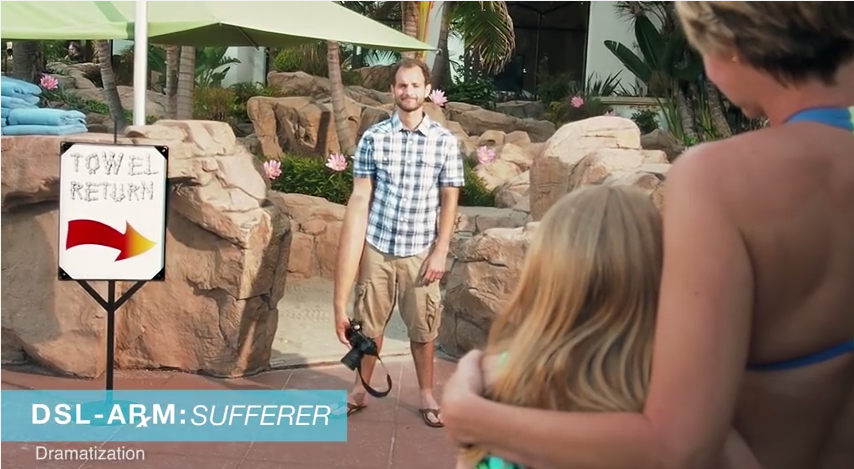 Photographers are jumping from DSLR cameras to their mirrorless competitors in droves, with many of them citing the size and weight differences as one of the main reasons for the switch. This is a fact that Olympus capitalizes on in their new campaign to promote the OM-D EM-5 Mark II. The two mockumentary videos make fun of the weight of DSLRs with a fictional condition that affects DSLR users, called ‘DSLR-ARM’. 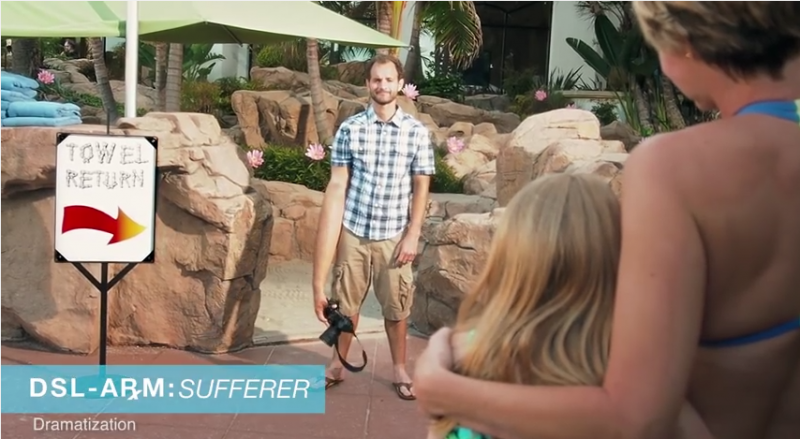 DSL-ARM is a syndrome that occurs in the right arm of DSLR users causing it to lengthen due to the sheer weight of the camera. Those that have shot a 12+ hour wedding with a DSLR and 70-200 plus a flash know that the struggle is real. The videos follow “Paul,” a DSLR shooter with an extremely long right arm and his struggles through life with this affliction. The first video is a 30-second commercial that shows Paul and a series of embarrassing moments due to his gigantic arm. From awkward high fives to swimming in circles, the cure to DSL-ARM is, of course, the Olympus OM-D EM-5 Mark II.

The second video is a mocumentary that gives us a tongue in cheek, “behind the scenes” look at the filming of Paul’s commercial with interviews with his family and friends and how Paul’s condition has affected their lives as well. The final video is the real behind the scenes video of the making of this series with interviews from the actors, some of whom are actual Olympus employees, and interviews with the filmmakers, who actually used the Olympus OM-D EM-5 Mark II to create the series.

All in all, a great and humorous way to promote a product. If you want to avoid DSL-ARM, get your Olympus OM-D EM-5 Mark II at B&H here.

Watch the Actual Behind the Scenes Video