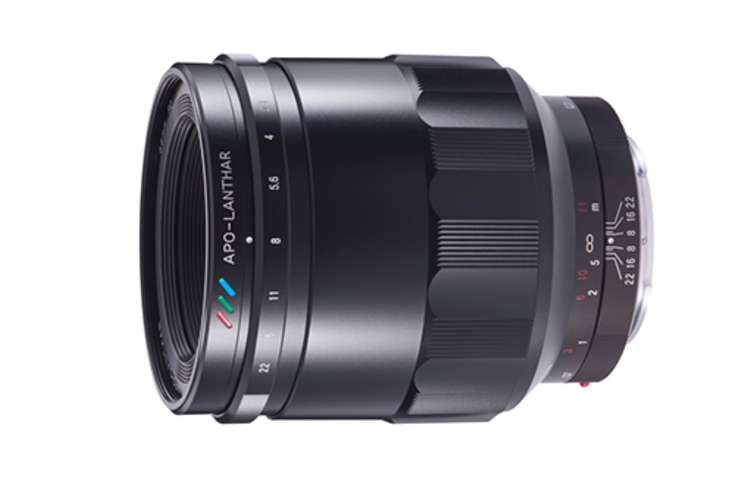 Bankrolling Sony shooters, get ready to indulge in yet another fine piece of E-Mount glass. If all that Zeiss wasn’t enough, Voigtländer has just gifted you a fifth E-Mount offering in their all-manual MACRO APO-LANTHAR 65mm f/2 lens that they say “rates as one of the finest” in their history. Listed on their site at €999 ( and $1059 USD at B&H for preorder) it’s priced about where we’ve come to expect for luxe Sony-compatible lenses. 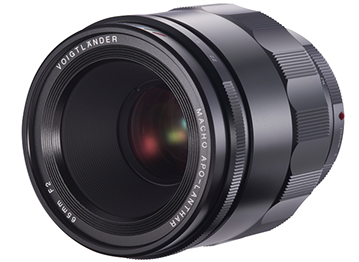 This is a 1:2 macro lens with a minimum focusing distance of 31 cm (just under a foot and a quarter for us Imperial holdouts.) Its focus and aperture are manual, but it has electrical contacts for all the important communication, like focus peaking, 5-axis image stabilization, and EXIF recording.

[REWIND:] 5 ACCESSORIES YOU NEED FOR YOUR SONY MIRRORLESS CAMERA

Its 10-blade aperture should provide creamy bokeh, and we expect no less than the finest optics from the ancient lens brand, long known for their quality. It is constructed from 10 elements and is an aspherical, apochromatic lens. These two factors will cut down on a variety of lens aberrations, made especially with high-resolution digital sensors in mind. 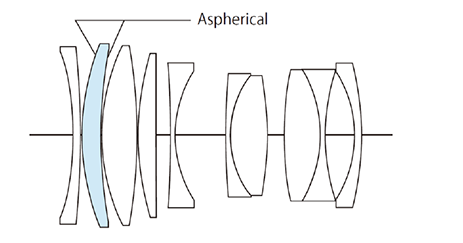 If you’ve handled a Voigtländer lens, you’ve likely noted that they are built like little retro tanks, harkening back to a time when things were built to last. This lens sounds like it will fit that image as well, described by Voigtländer as “extremely solid and durable.”

Check out the press release below for all the specs and a bonus history lesson.

We announce the release of the Voigtländer MACRO APO-LANTHAR 65mm F2 Aspherical, a Sony E-mount macro lens for full frame sensors. The APO-LANTHAR designation is given to especially high performance lenses in the Voigtländer lens lineup. The legendary APO-LANTHAR lens that continues to enthrall photographers with its outstanding imaging performace and beautiful rendering was born in 1954, but its origins can be traced back around 120 years (see additional info about the APO-LANTHAR below).

A need for apochromatic optical designs that reduce the longitudinal chromatic aberrations of the three primary colors (RGB) of light to practically zero arose with the increasing popularity of color film. Now, with the current range of high- resolution digitals sensors, this need for extremely high-level control of chromatic aberrations is even more pertinent than when film changed from monochrome to color. So rather than just being for already solved old technologies, apochromatic optical designs are indeed a subject requiring serious consideration in the digital age.

The Voigtländer MACRO APO-LANTHAR 65mm F2 Aspherical, which inherits the designation “APO- LANTHAR”, is a high performance manual focus macro lens optimized for the imaging sensors of Sony mirrorless cameras. The optical performance of this lens, which provides an image circle capable of covering a full frame sensor, rates as one of the finest in the history of Voigtländer. Sharp imaging performance is obtained from maximum aperture where you can enjoy blurring the background, and by utilizing a floating mechanism this lens delivers outstanding image quality for subjects from the minimum focusing distance of 31cm (reproduction ratio of 1:2) through to infinity. This lens is a manual focus and manual aperture design, but also features electrical contacts that enable the lens settings at image capture to be included in the Exif information of the image data. Furthermore, the lens is installed with a distance encoder to enable support for 5-axis image stabilization on bodies with this feature, for example by providing distance to subject information used in X,Y shift compensation. Focus peaking while manual focusing is also supported.

•Maximum reproduction ratio of 1:2 at a minimum focus distance of 31 cm

Additional info about the APO-LANTHAR

The history of the APO-LANTHAR begins with the HELIAR invented by Hans Harting in 1900. Despite its simple optical configuration of five elements in three groups, the HELIAR was a lens with superb depictive performance. As an example of the HELIAR optical formula still being valid in the present day, it is used in the currently available HELIAR Vintage Line 50mm F3.5, a lens known for its superb depictive performance. Furthermore, a HELIAR is recorded as being the lens used to take imperial portraits of Emperor Showa, and it is said the HELIAR lens was extremely highly regarded for its beautiful depictive performance and even treated as a family treasure by portrait photography businesses during the Showa period.

Moving forward about half a century from the birth of the HELIAR to 1954, Albrecht Wilhelm Tronnier developed a lens using the same five-elements-three-groups configuration as the HELIAR utilizing new glass types to achieve performance that exceeded the HELIAR. That lens was the APO-LANTHAR. The APO in APO- LANTHAR indicates an apochromatic optical design. The main characteristic of such a lens is that longitudinal chromatic aberrations caused by the different wavelengths (frequencies) of the three primary colors (RGB) of light are reduced to practically zero to achieve high-level color reproduction. Color film slowly gained popularity after its release in 1935, and one reason why the APO-LANTHAR was developed was to address a growing need to capture light more faithfully than possible with monochrome film.

The first camera to be fitted with an APO-LANTHAR lens was the 6 x 9 roll film rangefinder camera representative of post-war Voigtlander, the Bessa II. There were three different lens variations of this camera: APO-LANTHAR 4.5/100, COLOR-HELIAR 3.5/105, and COLOR-SKOPAR 3.5/105. The APO-LANTHAR 4.5/100 variation has red, green, and blue (RGB) rings indicating the apochromatic optical design engraved around the front of the lens barrel to differentiate it from the other versions as a special lens. Due to the rarity and high performance of the Bessa II fitted with APO-LANTHAR lens, this camera has become a legendary camera traded on the used market at high prices and the envy of camera collectors.

As homage to the RGB colors that differentiate the APO-LANTHAR from other lenses beginning with the BESSA II, the MACRO APO-LANTHAR 65mm F2 Aspherical also features three colored dashes indicating the RGB colors at the front edge of the lens barrel.

Your 7 Step Guide To Photography Permits