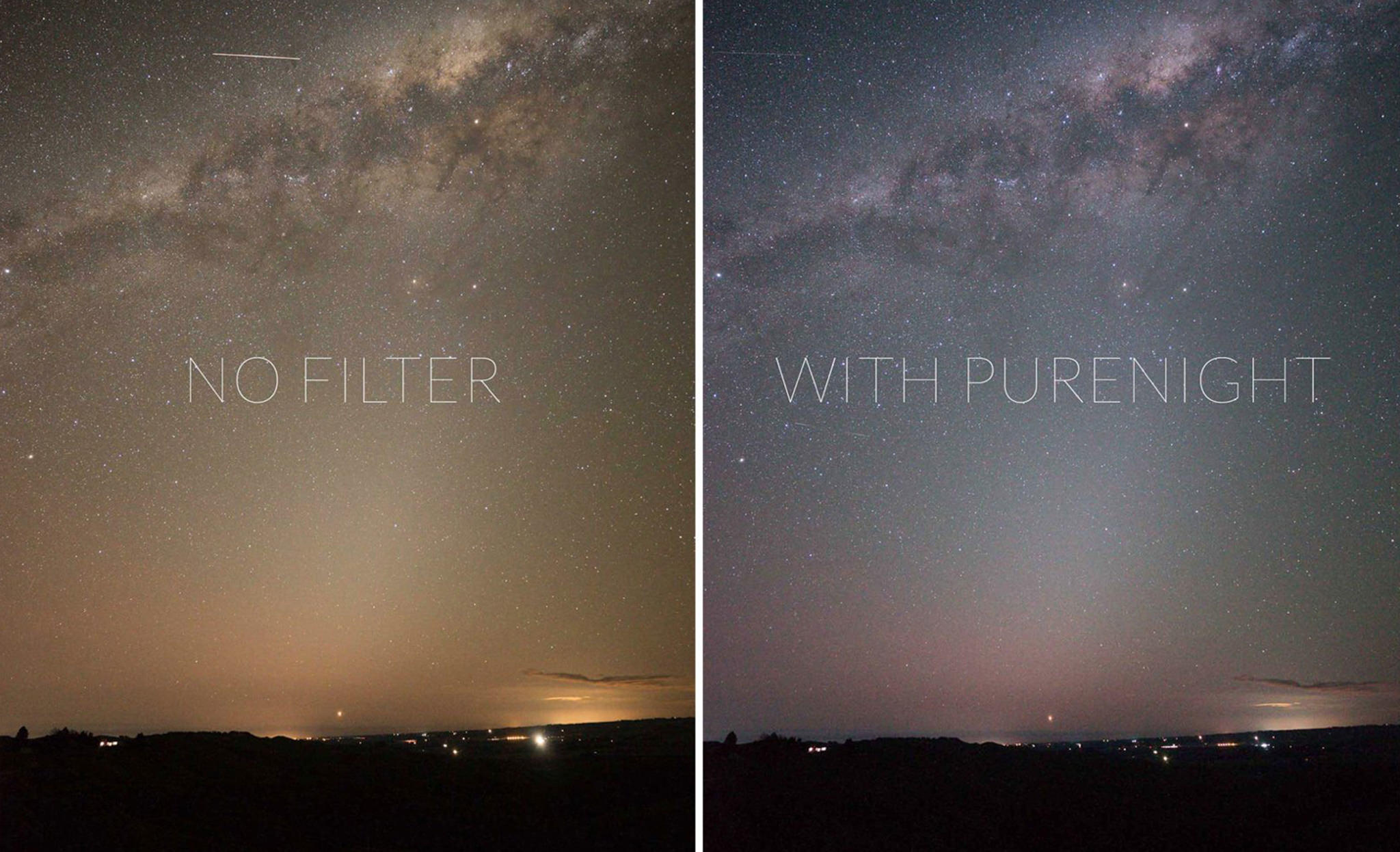 Light pollution is one of the major challenges that astrophotographers (among others) face. These photographers will drive hours away from major metropolitan areas just to get an unobstructed view of the sky, unfortunately however, the sodium vapor lamps that are used on street lights and industrial lighting fixtures can cause an orange-yellow tint that will affect the captured image; it’s light pollution. 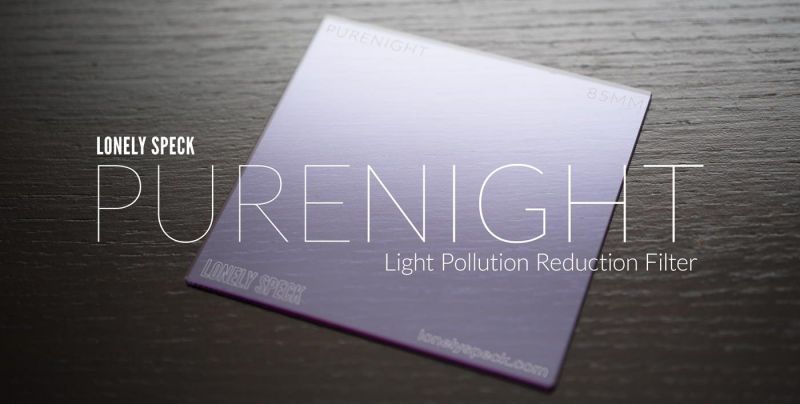 To combat this issue, photographers usually rely on post-production in Lightroom and Photosohp like the graduated filter and the color balance tool to adjust the image back to its intended color. While this method might be okay for some, others would want to get the capture right in camera with the use of on-lens filters; not only does it preserve more dynamic range, but it can also cut down on post-production. Currently being crowdfunded on Lonely Speck’s website, the PureNight Premium filter is a light pollution reduction filter that’s meant to combat the orange-yellow glow of sodium vapor city lights in your nightscape photographs. 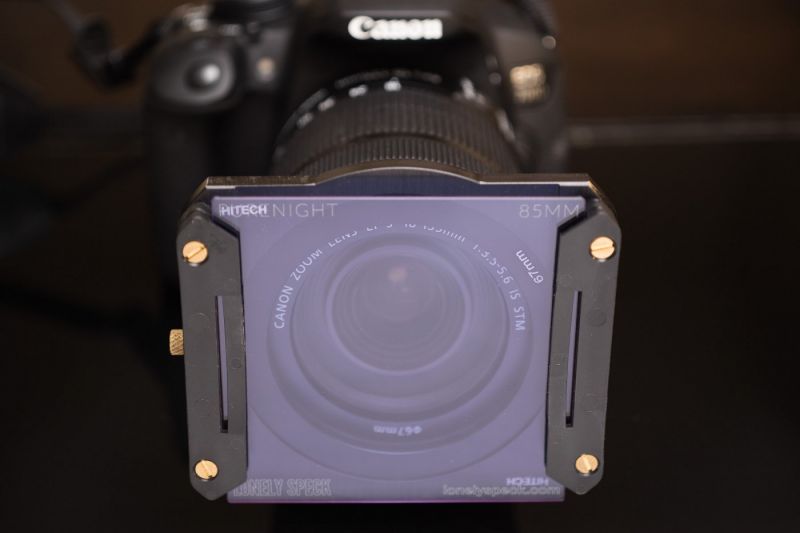 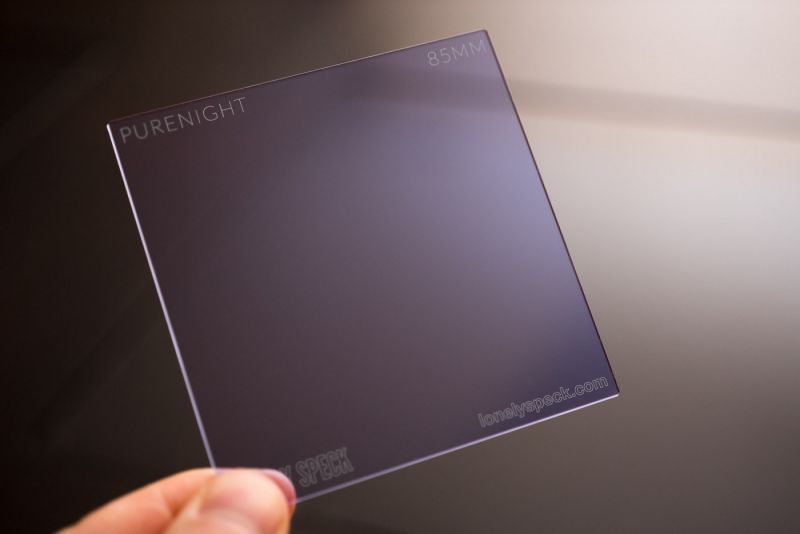 PureNight is made of a didymium glass that greatly reduces transmission of yellow and orange light in the 575nm to 600nm wavelengths – the same wavelength of light that is emitted by sodium vapor lamps. Each square filter is precision ground and polished and features an anti-reflective coating to reduce glare and ghosting that often occurs when capturing bright light sources. 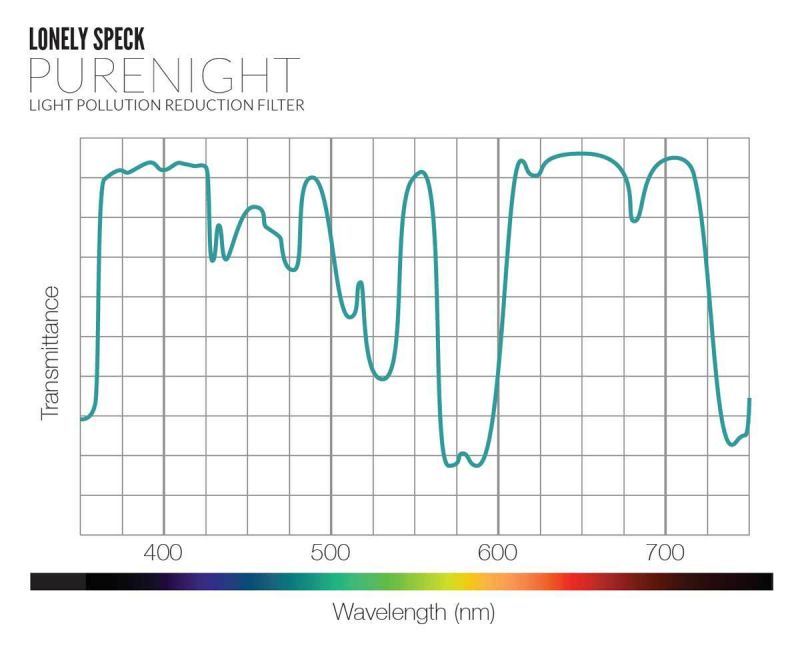 The examples below were made in Tekapo, New Zealand, home of the world’s largest dark sky reserve and some of the darkest skies in the world. The images were exported straight from RAW files with no edits whatsoever, and a one stop increase in ISO was used on the filtered image to compensate for the decrease in brightness in the overall image due to the reduction of light pollution while all other settings were identical.

Lonely Speck claims that the filter will have improved contrast and reduced haze from light pollution, reducing the effect of light pollution in your astrophotography for “truer colors straight out of the camera.” The final versions of PureNight are expected to have a -0.3EV to -1EV of reduction in brightness, depending on the conditions. 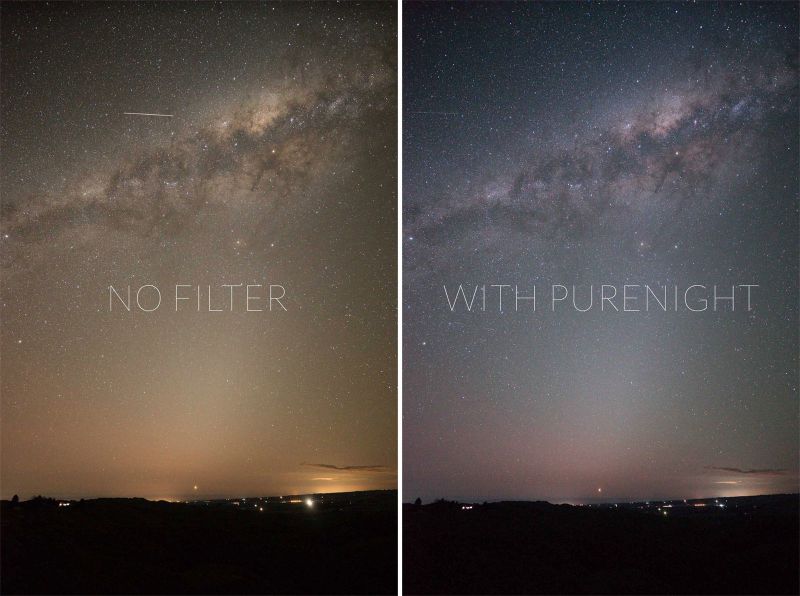 PureNight Premium comes in 85mm and 100mm sizes to fit the most popular holders like the ones from Cokin P, Lee, and Formatt-Hitech. The PureNight filter is available for pre-order from Lonely Speck for$219 and $239, respectively and is expected to ship in March 2017. Check it out here.