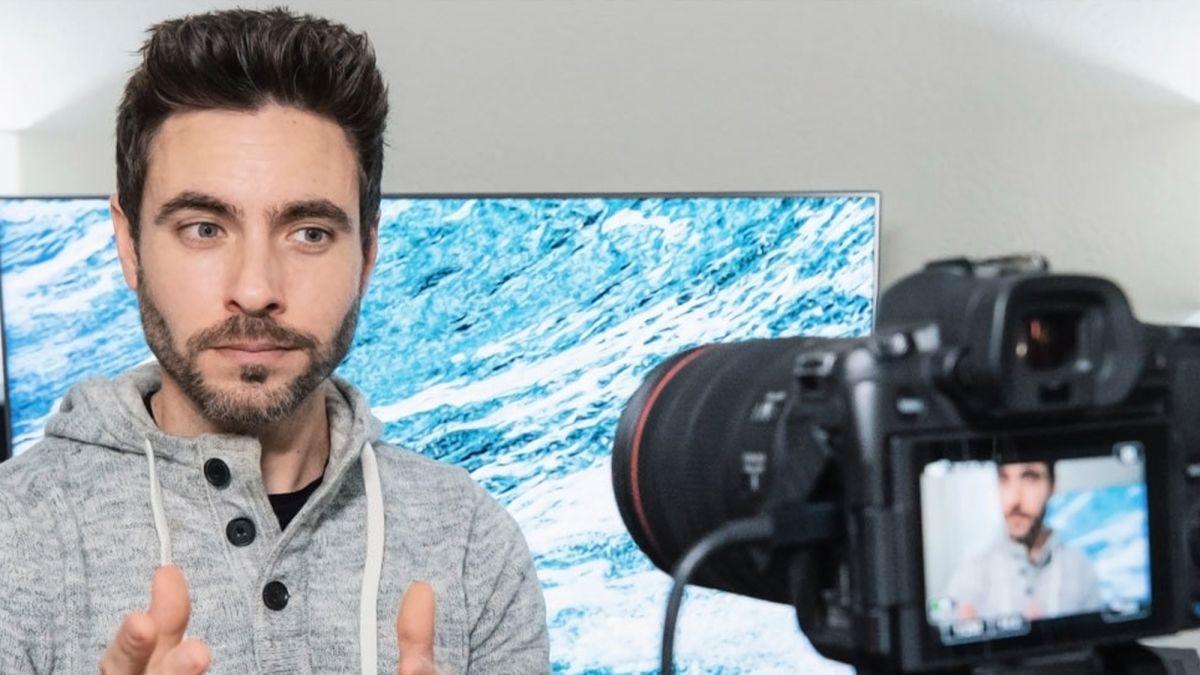 How To Use Your DSLR As A Webcam – Updated

If you’re a professional in any industry these days, I’m pretty sure you’ve had at least one Zoom, Kast, Facetime, or some other type of web-based meeting over the last few weeks. The coronavirus has driven an unprecedented demand for good webcams due to the shift for everyone in remote work, and with that demand comes a massive stock shortage & an increase in prices. When you hop into these meetings on your phone or laptop, you’re faced with a low resolution, wide-angle image, often recording from a weird and non-flattering point of view. Basically, as a professional photographer/videographer, it’s kind of embarrassing and frustrating. Thankfully there are several ways to boost that image quality on your conference meetings, and they are easier than you might think!

To help bridge the gap between your computer’s webcam and your professional cameras, several companies have released software to help take advantage of the gear you already own. Fujifilm and Canon have both released software that’ll allow you to use certain camera models as a webcam while connected to your computer via USB (Tethered), some you can wire up using HDMI cables and some existing tethering tools, and then lastly, there are some apps out there that’ll let you use nearly any camera when connected by USB (and in some cases even wifi) as your webcam! No matter what method you use, they will all add some serious quality to your streaming for your meetings!

Using your DSLR or mirrorless camera for your Zoom or Kast meetings will give you a lot more control over how you look and no matter who’s on the other end of your call, they’ll surely be impressed by what they see. Let’s have a look at all the options available to you so far; 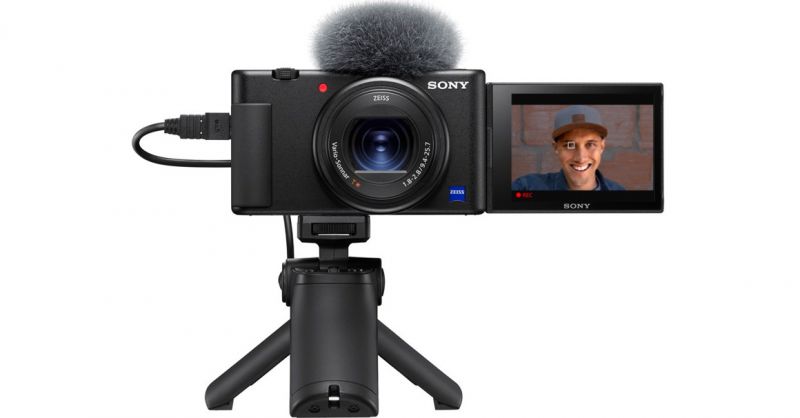 Today Sony is announcing the availability of Imaging Edge Webcam, software that will allow PC, and NOW, MacOS users to connect 35 different Sony models to their computers and turn them into a webcam.

Imaging Edge Webcam allows users to connect a Sony camera to a PC to live stream and video conference in one easy step while also taking full advantage of Sony’s advanced imaging technology such as industry-leading autofocus, high-resolution picture quality and additional unique features of each compatible camera.

“We will continue to adapt and evolve to meet the needs of our customers. Their voice is critical to everything that we do in this industry,” said Neal Manowitz, deputy president of Sony Imaging Products and Solutions Americas. “Given the growing demand for live streaming and video communication, we’re excited to share a new application that will give so many loyal Sony customers the ability to quickly and easily transform their camera into a highly effective webcam for live streaming, video calls and so much more.”

The new Imaging Edge Webcam software allows the supported Sony cameras to function as a cam directly over a USB connection.

Today, Nikon announced the release of the official version of the Webcam Utility Software, which enables Nikon Z series and DSLR cameras to be used as webcams when connected to a Windows 10 or macOS supported computer via USB.

With an increasing demand to live stream, connect remotely and participate in online meetings, the Nikon Webcam Utility Software will allow Nikon Z series and DSLR owners to use their cameras as high-quality webcams. By installing the Webcam Utility and connecting a compatible camera to a computer, users can enjoy superior image quality and flattering depth of field when streaming live, teleconferencing or gaming. 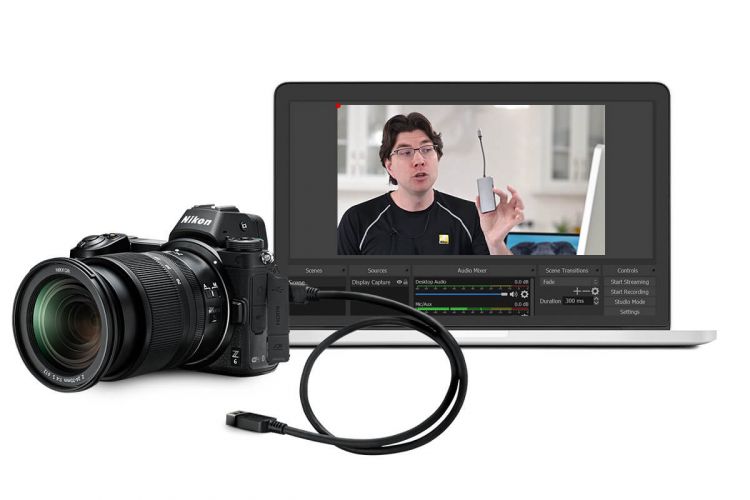 To download the official Nikon Webcam Utility for Windows 10 and macOS, please visit:https://downloadcenter.nikonimglib.com/en/index.html

For more information and instructions on how to use a Nikon mirrorless or DSLR camera as a webcam, please visit: www.nikonusa.com/en/learn-and-explore/webcam-utility.page

Using Fujifilm Cameras As A Webcam

Fujifilm just released a new software application that will allow you to use some of the X and GFX series cameras as a high-quality webcam by using The FUJIFILM X Webcam app which works over the camera’s USB connection. This lets you benefit from much sharper lenses and larger sensors than the system built into your computer or phone’s webcam.

Users will be able to install the software on any PC running Windows 10, (and now also MacOS), and using a USB cable, connect a supported camera to create a web-conferencing environment with much higher image quality than seen via traditional methods. The software even supports advanced functions including Fujifilm’s popular Film Simulation modes.

If you have a Fuji system and compatible computer, you can download and read the installation instructions on Fuji’s official website here.

Canon has released a similar webcam utility,  that works for both PC And Mac, for many of its cameras. Less than a week after Nikon released its official version, Canon follows suit with an app that is arguably, robust and offers much more than the others! Below are two guides from Canon on how to get started with using your Canon camera as a webcam input on macOS and Windows computers:

You have to download the EOS Webcam Utility Beta from the downloads page of your supported camera’s product page on the official Canon website. Once you’ve done that, just install it and follow the on-screen options and you should be good to go. Keep in mind, these are beta applications so there will be bugs and the developers are open to receiving any and all feedback you can give.

Canon has also improved compatibility with third-party videoconferencing and streaming programs. Canon says its EOS Webcam Utility has been tested and confirmed to work with the following programs:

Using a Panasonic Camera As A Webcam 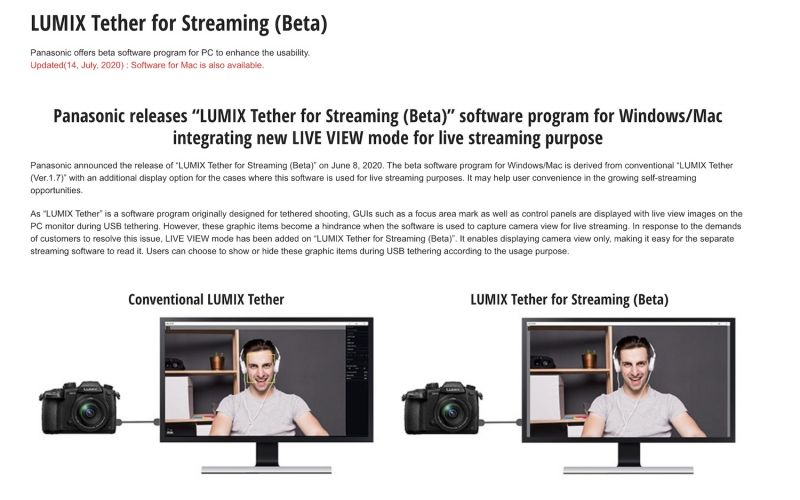 Today (July 14th, 2020), Panasonic has released a Mac & PC version of Lumix Streaming App, letting you use some mirrorless Panasonic cameras as a webcam. Built on the existing Lumix Tether software, the new streaming application allows for USB-based connection of select Lumix Mirrorless cameras but allows for a remote, clean “live view” of the camera’s screen without any of the system overlays. Leaving you with a nice clean view for streaming and web meetings. You’ll still need a separate app (like one mentioned below) to capture the video for your conferences or recordings, but it’s still a step forward. and Lumix has also announced they’re working on a standalone webcam software for both windows and mac that they expect to launch sometime in late September or October. The app is reported to support the following Lumix cameras: S1H, S1R, S1, GH5S, GH5, G9, and the new G100. For more information on the Panasonic Steaming apps be sure to visit their official page here.

Using Other Cameras As A Webcam

How To Set It Up

So to get things working here we’ll need to get an HDMI to USB cable that’s compatible with your camera, or one that’ll work with an HDMI adapter. Then it’s likely that you’ll need to get something called a USB Capture Card like the Elgato Cam Link 4K.

Once you’ve gotten your camera connected you’ll want to enable “clean HDMI” output, which will get rid of all the camera setting information that would otherwise show up in your video feed. Depending on your camera, this is done by putting the camera in video mode or toggling an option in your video settings menu. Check your camera’s manual to find the best way to do it on your particular camera model.

Once you’ve done this, other than the simple things like setting your exposure/focus and placement of the camera and lighting (if you so choose), you’ll also want to be sure your camera has enough power to last your entire meeting! Some cameras can be plugged in with an AC adapter, and others, well you can use what’s known as a dummy battery that you can plug in via a USB power pack or adapter to AC.

Now that you’ve gotten all the logistics taken care of, everything else is just as simple as connecting everything, powering it all up, and starting your video applications like zoom and choosing your source! Most windows and mac systems will automatically recognize the camera as a webcam and will be available to you as an option for things like Zoom, Google Meetings, FaceTime, and Kast!

On top of certain camera manufacturers making software specific to their brand, some external apps are available to help you take advantage of your existing gear to stream via web meetings as well. One such app I just tested with my Nikon Z6 is Cascable Pro Webcam and it was incredibly easy to use! This is especially helpful if your camera isn’t supported by the free beta software offered by Fuji or Canon.

Cascable Pro Webcam is a Mac app that lets you use your compatible Canon, Fujifilm, Nikon, Olympus, Panasonic, or Sony camera as a webcam for many popular videoconferencing and streaming applications. It’s built using the same technology that powers its other iOS and Mac apps, meaning you get a rock-solid experience. Since it’s beta phase, they’ve added a nice new unique feature that allows users to adjust their camera’s settings while it’s connected and being used as a webcam!

Cascable Pro Webcam is compatible with hundreds of cameras:

Pro Webcam has just come out of beta and has a 25% discount on its purchase price until July 24th, 2020! For more information on the app, you can visit their website here.

Cascable is available to get started with for free from the iOS App Store. Cascable’s Pro features come with a free trial when subscribing from $2 per month, or can also be unlocked with a one-time $29.99 purchase. Again, just like with the Canon and Fuji applications mentioned at the top of this article, the app is still in Beta and as such, we’ll likely run into a few bugs here and there. The good news is they all have a fantastic support system to report any issues and all are pledged to updating as soon as possible. Honestly, I tried this app and it took me all of 2 minutes to be up and running with it.

There are a bunch of different ways now to step up your work-from-home video conferencing game, ranging from the free apps from some camera manufacturers to the paid 3rd party ones, and then investing some additional money into a capture system like Elgato. Either way, if you’re looking to make a better impression on your next video call, be sure to check out the methods mentioned in the post here.  The only thing to keep in mind with this DSLR / Mirrorless setup, you’ll likely have to make your setting adjustments before you connect the USB/HDMI cables to our camera as most when operating in video mode connected to the computer won’t accept changes once it’s plugged in and powered up. Otherwise using your professional cameras for a webcam was surprisingly easy!

The hardest part of this entire test was finding space in my work area to set up a tripod and a little extra lighting for the videos. Please comment if there are any other apps or hardware that are on the market that I may have missed and should be included. We’ll be sure to update this post accordingly. Until then, I hope this helps some of you out with all of your upcoming video conferencing plans!

How To Save Space After Updating Photoshop (And other Adobe Products)