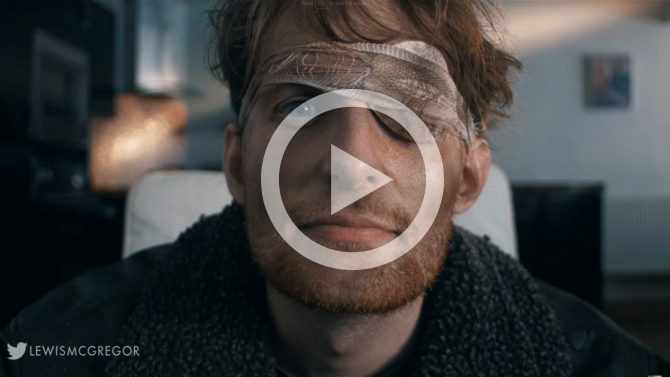 The Hitchcock Zoom or ‘Dolly Zoom’ was made popular with the film Vertigo. In the film, Hitchcock uses the technique to visually represent the effects of vertigo that John Ferguson (James Stewart) experiences. The technique can be used to create subject isolation or to show how much distance the character must travel, or even for a myriad of other dramatic effects – not even Hitchcock would begrudge taking creative license. And since 1958, many films have employed the dolly zoom including Psycho, Jaws, Poltergeist, Quiz Show and Apollo 13.

Trying to pull off the dolly zoom by yourself can be almost impossible as you need to match the speed of the dolly with the speed of the zoom; if your lens is not parafocal, you mush also pull focus. In the video below, Lewis McGregor shows a technique to create a similar effect without the use of a zoom lens, but there is one downside: it won’t work if your camera only shoots 1080p.

[REWIND: 3 Reasons Why Fuji Failed With The GFX 50s]

McGregor captures the sample footage with a GH4 at 4K, but places it on a 1080p timeline in Adobe Premiere Pro. Using the leeway the extra resolution provides, McGregor adds a few keyframes at the beginning and end of the sequence.

Most would say this is cheating or it doesn’t look as good a traditional dolly zoom. Granted, it may not look as good at a Hollywood budgeted film, but if you are running a skeleton crew or are a one-man-band, it is a good technique to keep in your post production bag of tricks.

Via No Film School