mænjuəl fokəs
Term:
Description: Manual focus is when a photographer manually focuses their lens so as to select what is in focus in the frame. Some lenses do not have autofocus and are manual focus only, but conversely, any autofocus lens can also be focused manually if the lens has a manual focus ring. Switching to manual focus can be useful in scenarios that are overwhelming to an autofocus system such as very low light, low contrast, or backlighting. It’s also useful when shooting any static situations, such as landscape photography or macro photography where precise focusing is necessary. 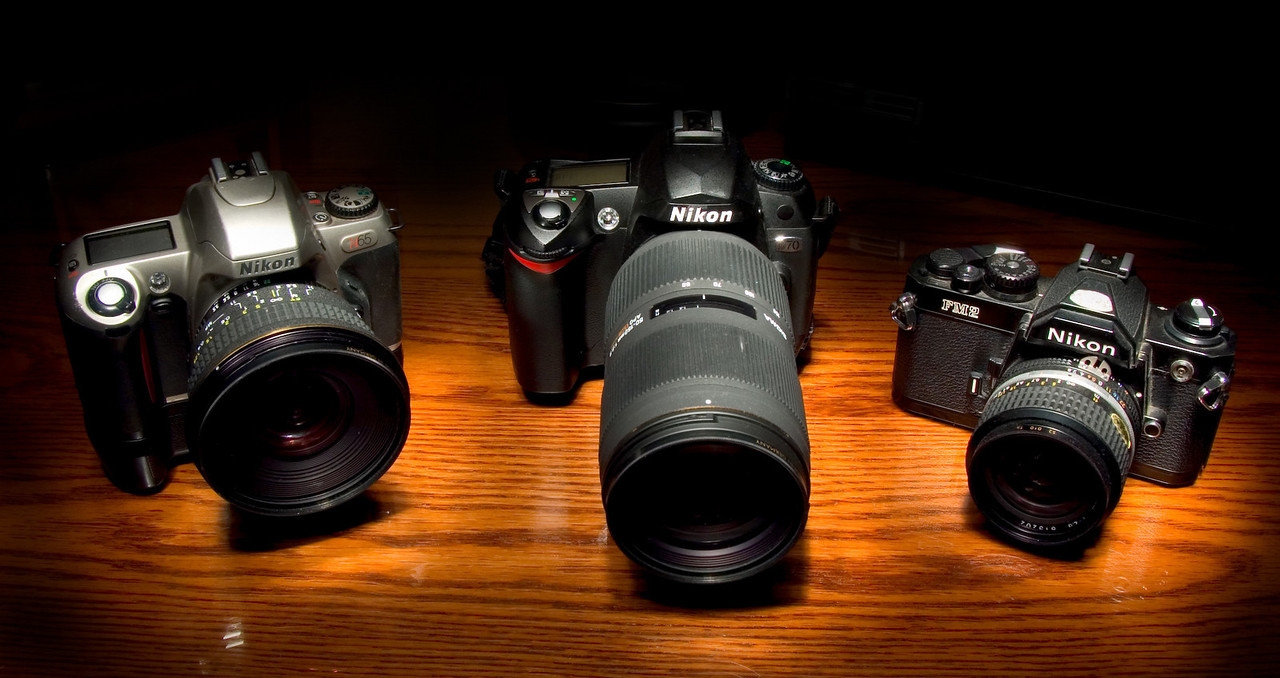 Manual focus is the process of bringing a lens into focus by hand. This can be done by turning the focusing ring on the lens, and observing the subject through the viewfinder or on the LCD display in live view.

Optical viewfinders on older, manual focus only film SLR cameras often had a split screen viewfinder, which is a feature that aided in precise manual focusing by displaying a split image circle in the center of the viewfinder. The photographer would focus by aligning the two halves of the split view, similarly to in a rangefinder camera but performed through the lens instead. 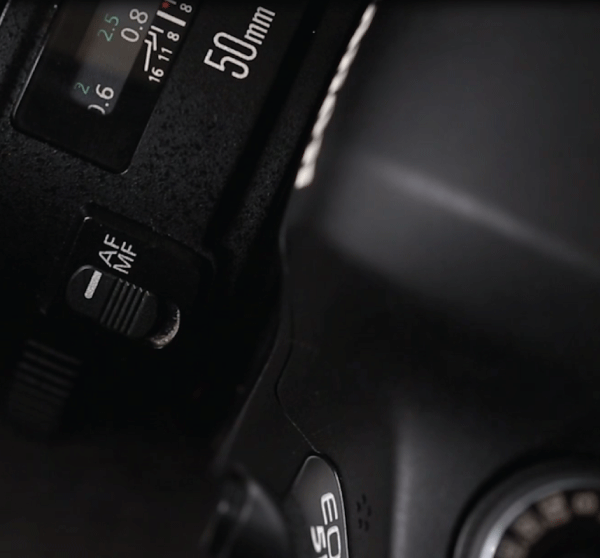 Modern SLR cameras, both digital and film with optical viewfinders, have mostly opted to use designs which were optimized for viewfinder brightness and autofocus. This made it more difficult to focus manually through the optical viewfinder, as precise focus was hard to discern. Other focusing aides were added to these systems, using the autofocus points themselves to detect whether a lens had been manually focused correctly. Canon's method involved illuminating an autofocus point when the subject was manually brought into focus, while Nikon's method involved a small "in-focus" indicator light, and "near/far" indicators on some advanced Nikon cameras.

Now, many modern digital cameras (with optical and electronic viewfinders alike) can use the live image from the sensor itself to aide in manual focusing. (Known as Live View on a DSLR camera)

Using the digital sensor itself, manual focusing can be performed using high magnification if desired, allowing for great precision whether shooting with the lens wide open or stopped down.

Mirrorless cameras with an electronic viewfinder offer this manual focus ability through the viewfinder itself, sometimes with magnification automatically applied any time the lens' focus ring is turned. This convenient, quick, on-demand precision has allowed manual focusing to become common among serious photographers again, and even preferable to autofocus in certain conditions such as shallow aperture shooting in low light, for either still photography or video recording.

Introduction When you are shooting consecutive HDR images, it is frustrating when your focus changes from the correct focus of…

If you’re looking for something exciting to do this weekend, then you should check out this year’s Perseid Meteor Shower! One of the strongest, most impressive meteor showers every year, the Perseids always deliver at least a handful of truly stunning, giant meteors streaking across the sky.

Because of their all-manual design, Venus Optics Laowa Lenses will likely be the 3rd-party front-runner for both Canon RF and Nikon Z Mirrorless lenses!

We usually think of photographs capturing a split-second moment frozen and preserved in time: a ‘snapshot’ – it’s even written in the name. However by taking a long exposure photograph, it’s an effective way to distil a moving image into a static one.

Long exposures have become an increasingly popular form of photography over the last few years. With the right tools and…

Many of us still use manual focusing and enjoy it. This looks to maybe make it even more enjoyable through precision and comfort.

What is Zone Focusing? And Why Is It Still Relevant To Photographers Today?

In this day and age, auto-focus is so quick and accurate that there is little reason to manual focus in most situations. So much so, in fact, that lenses and cameras nowadays hardly even have the features necessary to accurately manual focus even if you wanted to. This has lead to techniques like Zone focusing falling by the wayside.