ɔto fokəs
Term: Autofocus (AF)
Description: Autofocus (AF) is a focusing system found in modern cameras which can automatically control the optics in a lens to bring a subject into focus. Manual focus, by comparison, is when the photographer controls their lens' focus by hand, usually turning a focus ring on the lens. Modern autofocus can quickly focus on, and track, the desired subject with the press of a dedicated AF button, or with a "half-press" of the shutter release button.

Autofocus (AF) technology first came into being in very crude forms rather slowly during the 1960's and 1970's, and was only widely adopted by major camera companies in the 1980's. Today, most consumer and professionally oriented lenses and cameras offer autofocus, with only a few speciality lens companies offering lenses that must always be focused manually. (Read more HERE) Different types of autofocus technologies are used today, and the AF system included in your camera will depend on what type of camera system it is. Generally speaking, most autofocus systems fall into two different categories: autofocus that is performed by the image sensor itself, and focusing that is done by a separate AF module. 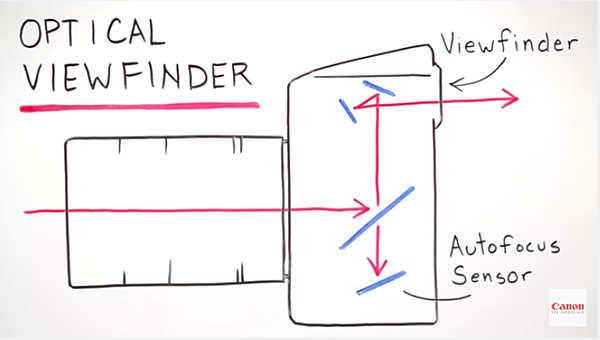 If a camera has a mirror and a shutter, it will use an autofocus technology known as phase-detect autofocus. This type of AF system usually relies on an AF module which is separate from the image sensor itself. This AF module focuses the lens by using light that is bounced onto it from another mirror hidden behind the main one. This AF technology has become highly accurate, and high-end professional cameras have impressive, intelligent phase-detect AF systems. However using a mirror and a separate autofocus module has one inherent flaw: it isn't actually using the sensor itself to verify focus. To compensate for minuscule (but consistent) discrepancies in a camera or lens' autofocus precision, many modern cameras offer an autofocus fine-tuning system. (See AF Microadjustment) 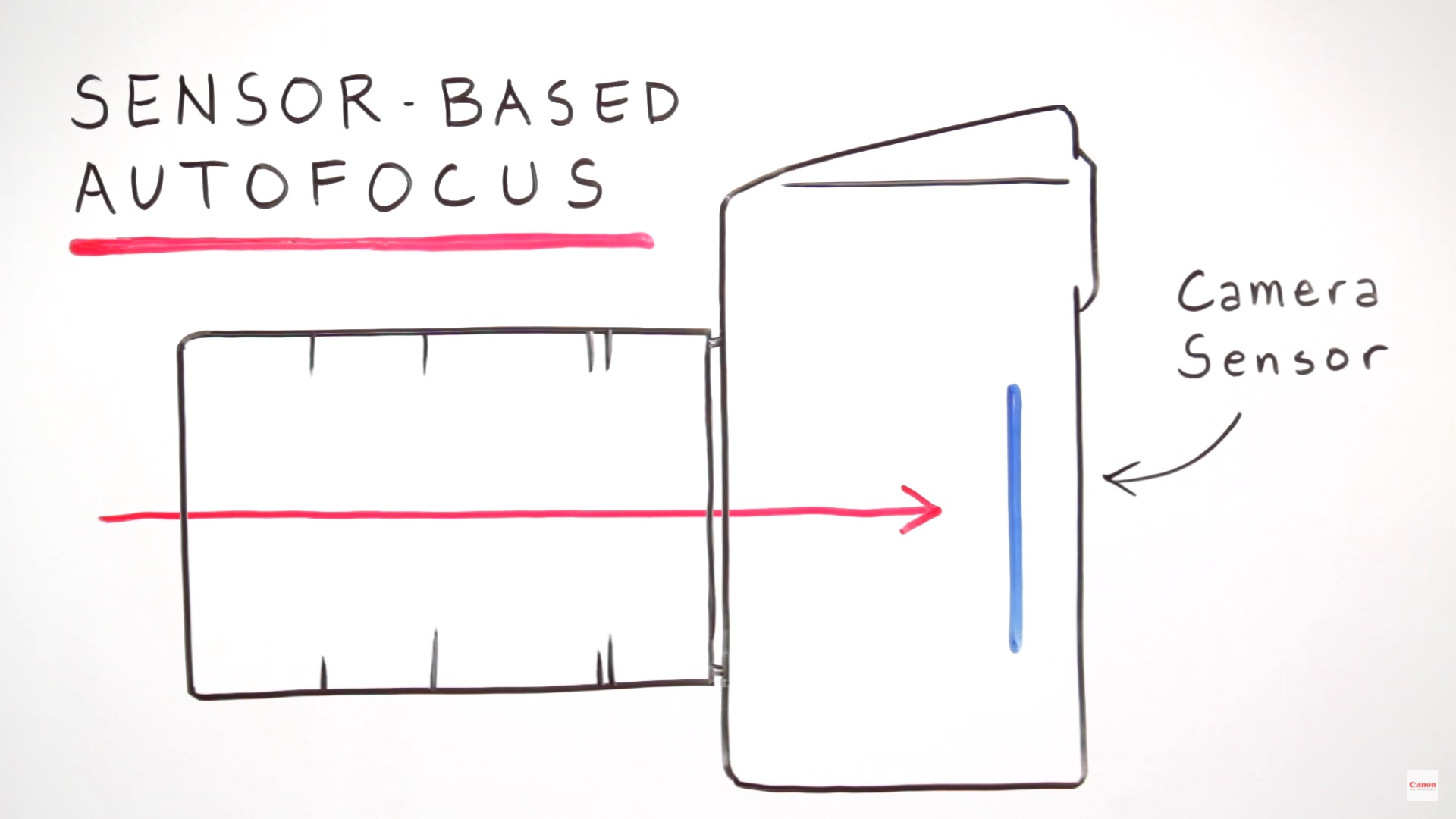 Cameras that don't have a mirror (also, SLR cameras that have a "live view" mode) use the image sensor itself to perform autofocus. This is usually performed by a method known as contrast-detect AF, which was previously inferior at both low-light autofocus performance, and continuous subject tracking. However, some recent mirrorless cameras (and live view DSLRs) have developed a method of using the image sensor itself to perform phase-detect autofocus. Other cameras have gained a hybrid autofocus system, that performs both phase-detect and contrast-detect autofocus on the image sensor. Both of these newest autofocus systems can be extremely accurate and less prone to errors, especially in optimal (bright) lighting conditions. The newest iterations of these technologies are finally rivaling the autofocus performance of even the best traditional optical phase-detect AF systems.

Autofocus systems have numerous features and options, some of which are sometimes confusingly named. Here is a brief list of some of the common terms used in Autofocus systems:

3 Primary Types of Autofocus | Transcription In this video, we’re going to talk about the three different types of…

Assignment | Focusing on Moving Objects This assignment is based on the previous video: The Assignment Capture and submit an…

The Nikon Z6 II is a near-perfect update to an already impressive predecessor. It stacks up well against its professional competition and offers access to the incredible Z-mount lens lineup.

After weeks of rumors and speculation, Panasonic has officially announced the release of the Lumix S5 (DC-S5 if you’re a…

Just a few weeks ago the Canon EOS R5 and R6 were officially announced and we couldn’t be more excited!…

For a Limited Time, Trade in Any Working Camera to Receive a $100 Bonus Towards a New Nikon Z 5, In Addition to Your Camera’s Trade-In Value