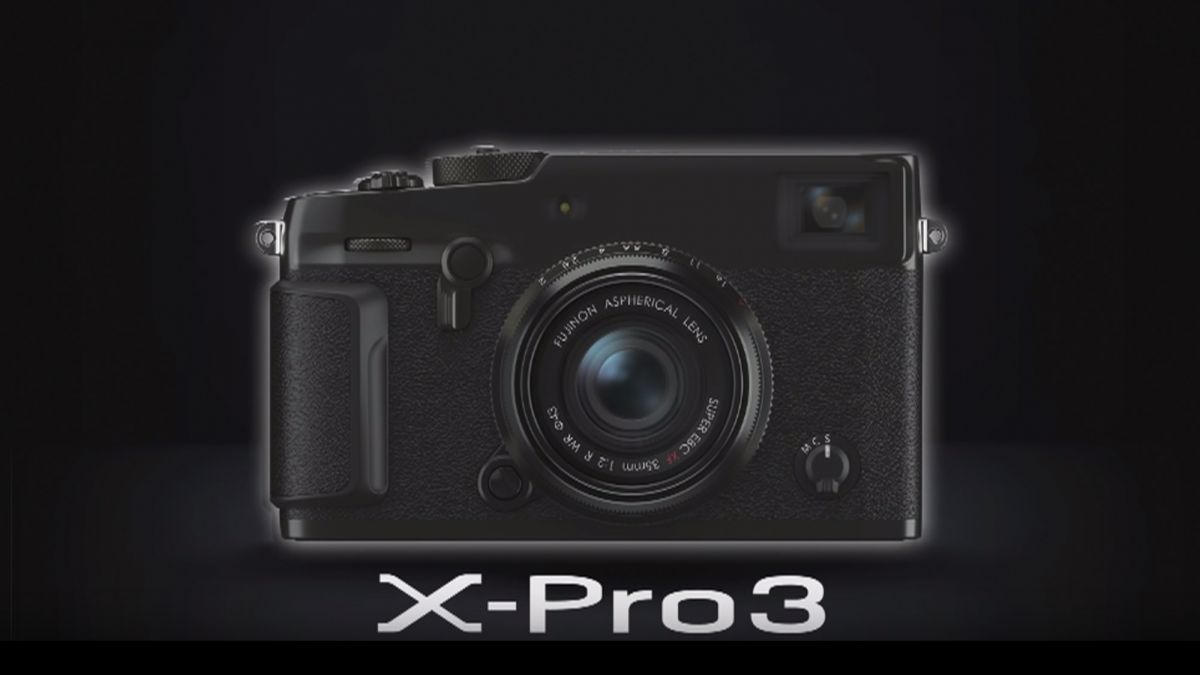 Over the weekend Fujifilm announced the X-Pro3 during the Fujifilm X Summit in Shibuya. Along with the new Fujifilm X-Pro3 camera, they will also add a new Classic Negative film simulation. The camera will be “officially” announced on October 23rd, 2019, (ironically timed during Photo Plus Expo), with more details available then.

The new X-Pro3 will be built out of titanium making it 10 times tougher than steel, and better suited to resist dings and scratches, and will come in three different coatings/colors, the classic Fuji black, a DURA black, and DURA silver

Check out some screenshots from the presentation here; 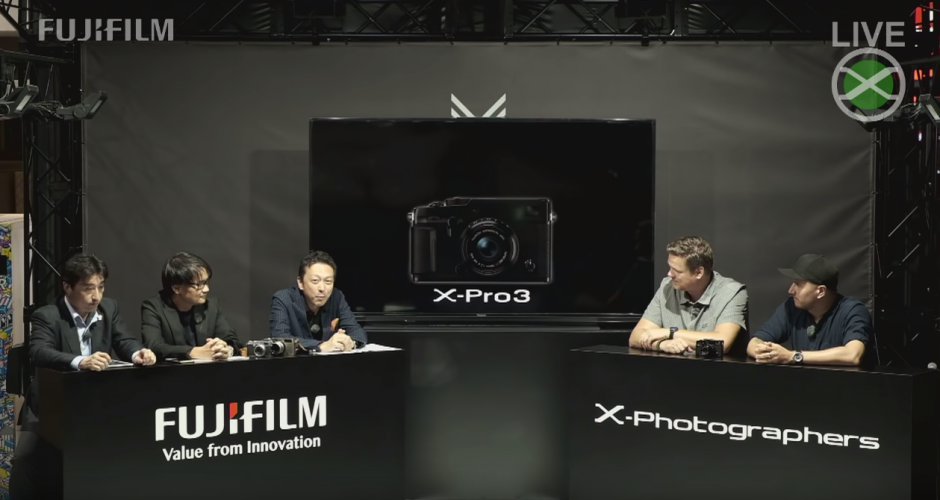 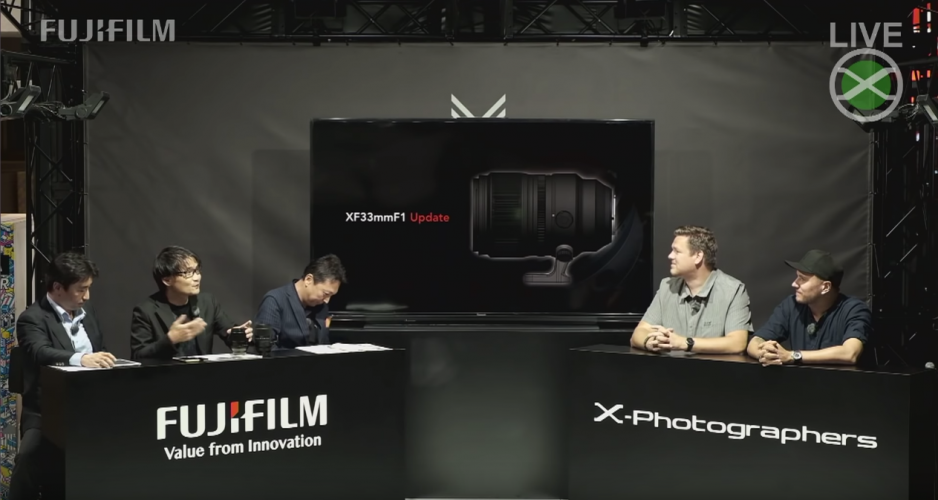 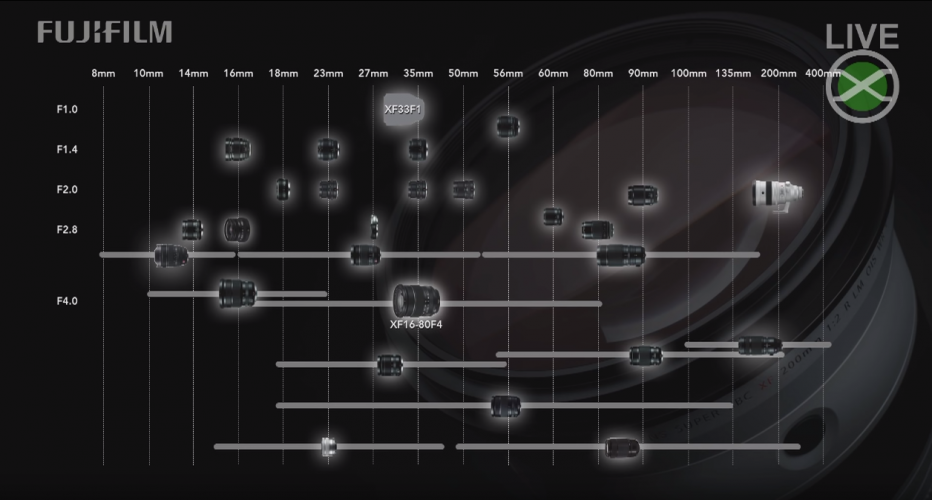 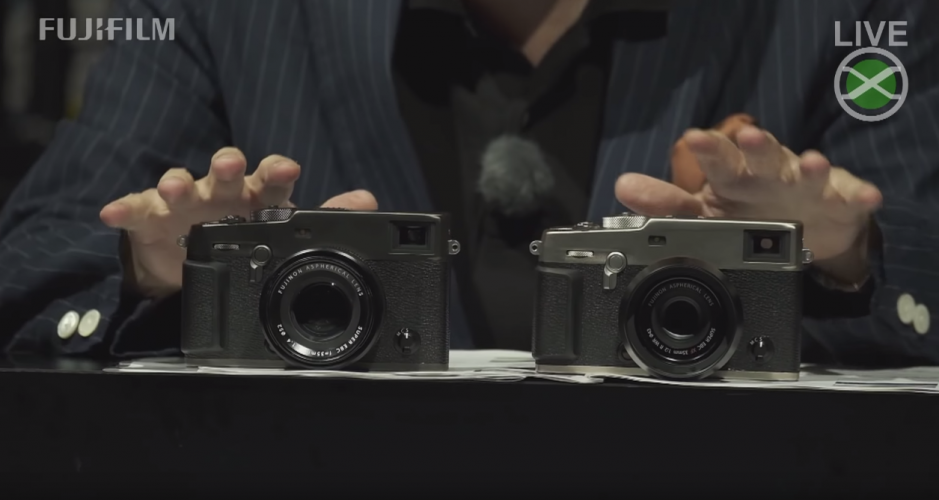 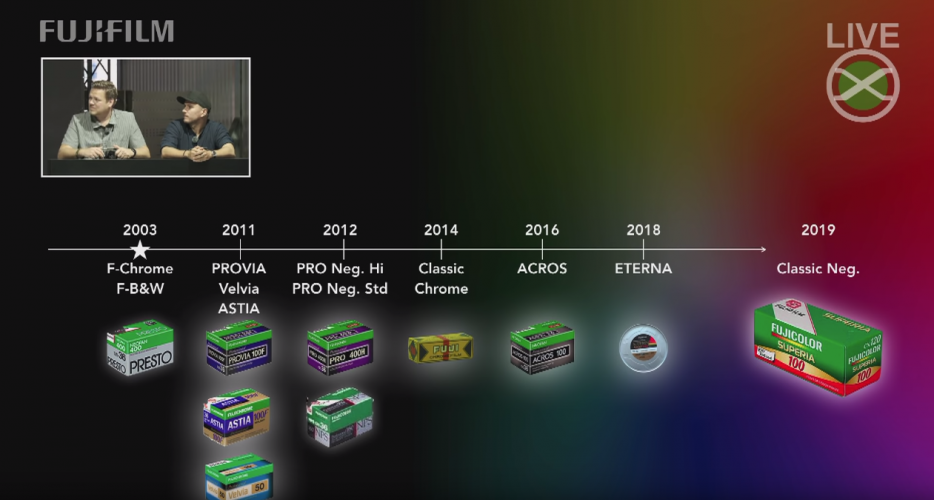 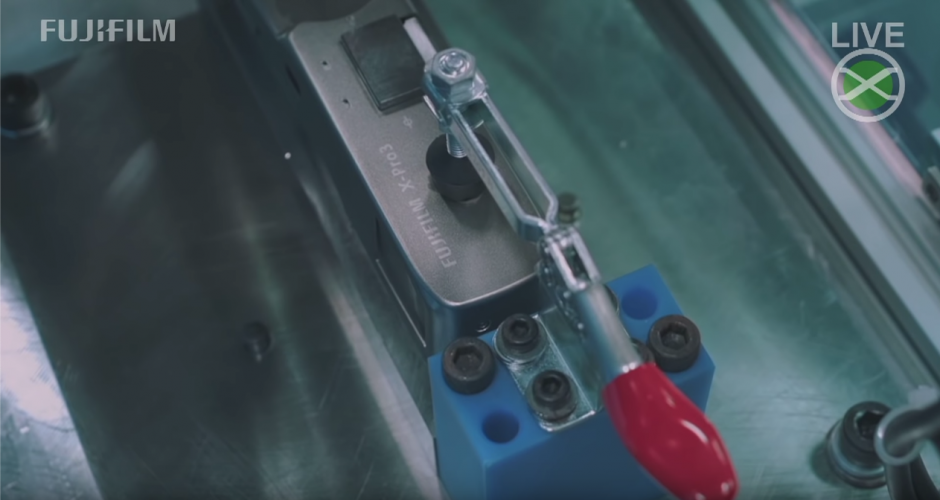 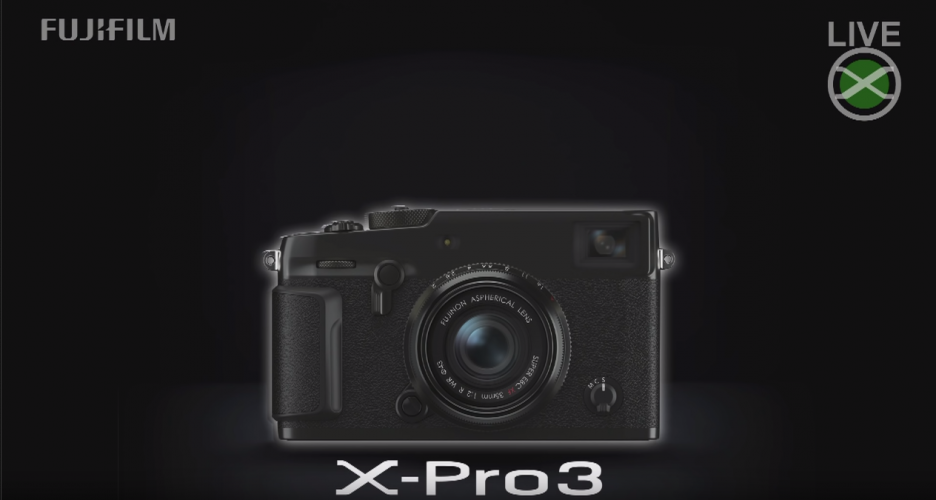 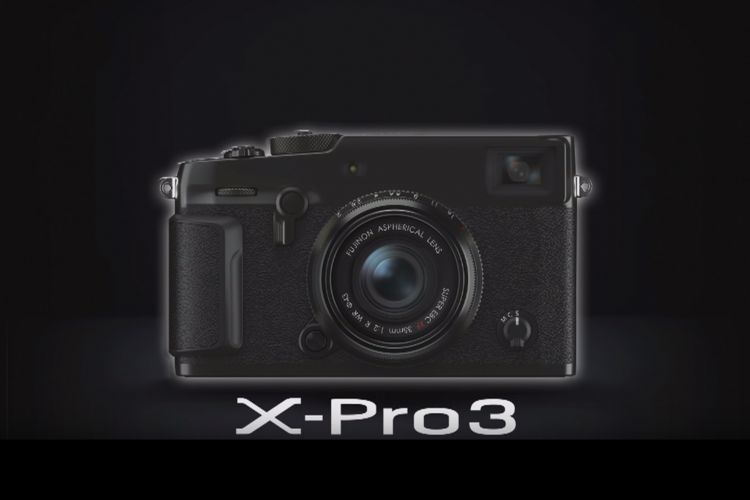 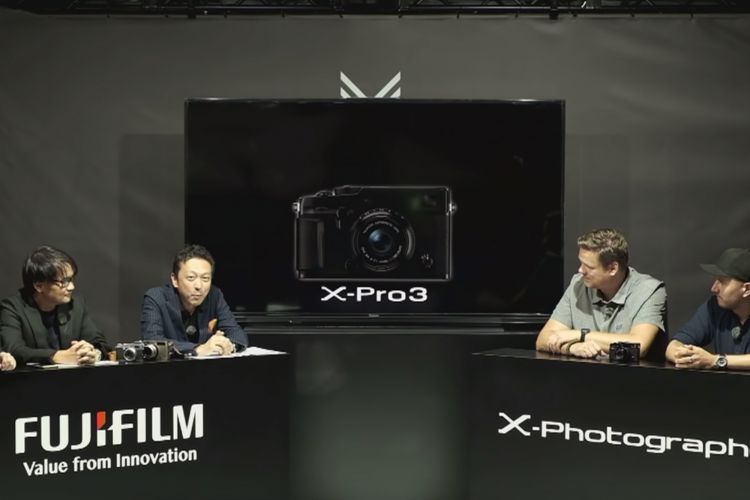 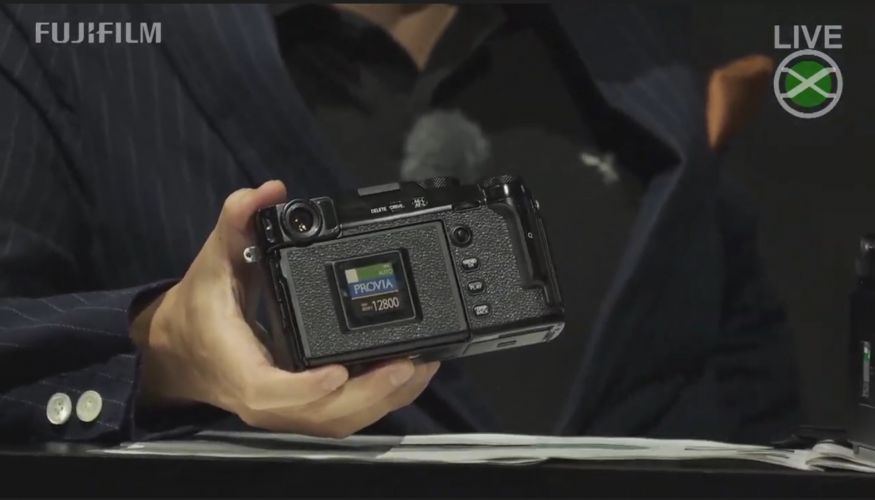 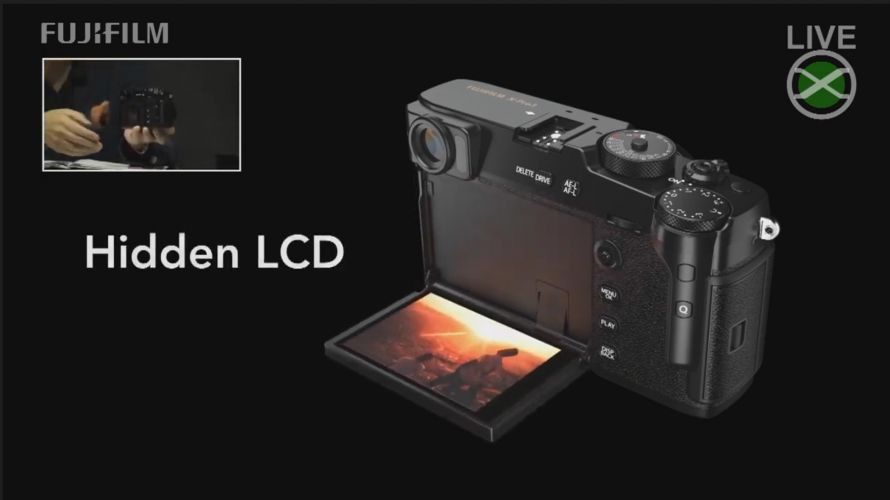 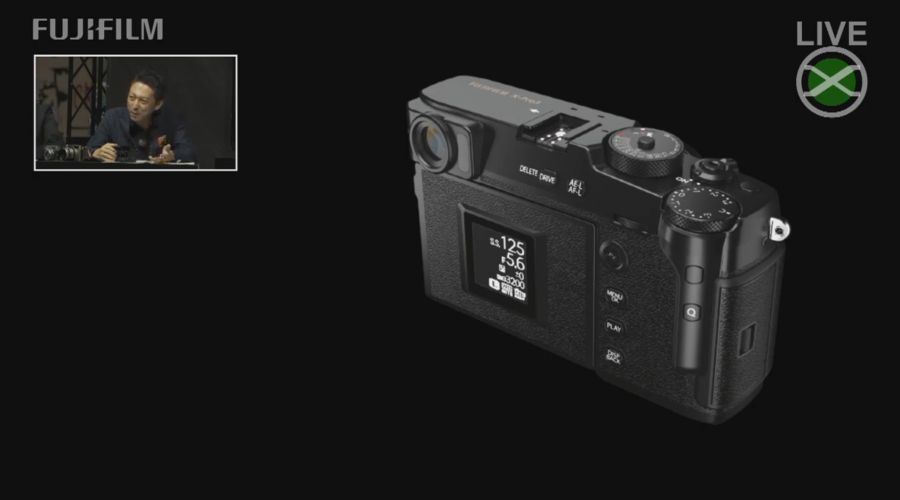 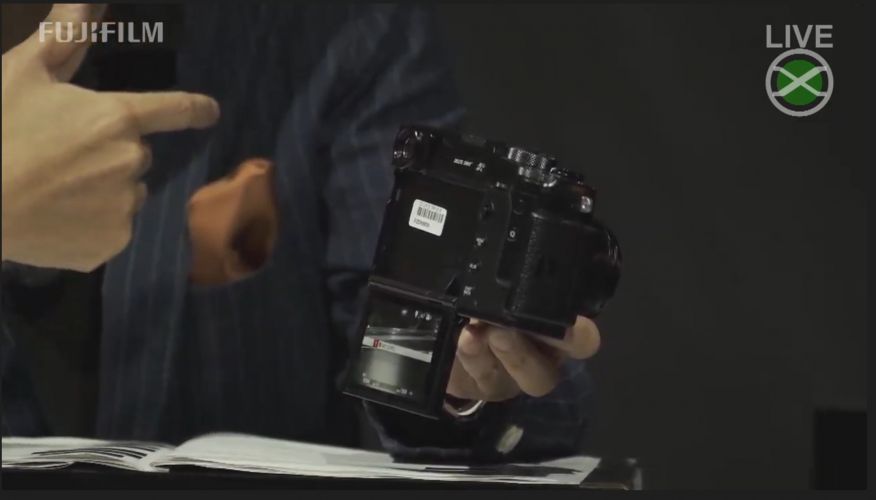 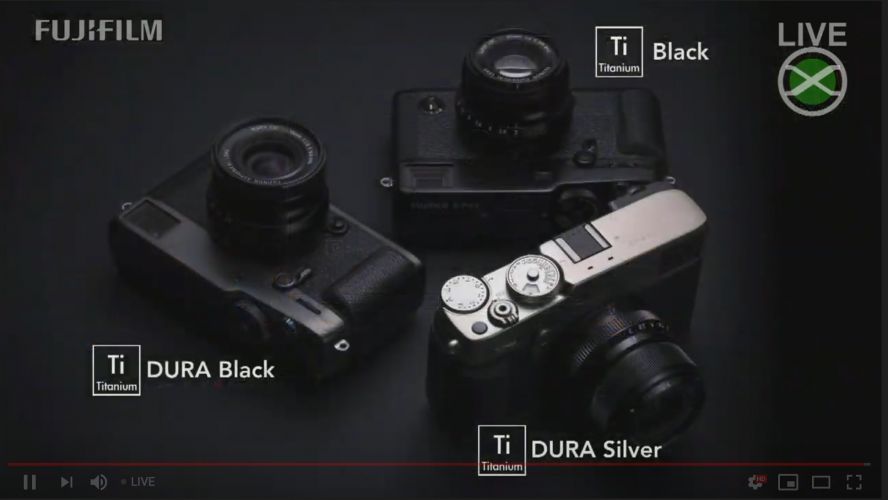 From the summit we were shown a lot of information, promising better performance in a better, more durable, yet lightweight system that seems to be targeted towards the street photographer, and retro camera enthusiasts. Additionally,  they’ve made improvements to the hybrid viewfinder by reducing distortion and increasing the angle of view in the optical viewfinder, while the EVF is entirely new. Boasting a higher resolution, better brightness & contrast, as well as a wider color space!

The big thing that’s different on this camera is it’s LCD. Fuji has opted to remove the traditional screen we’re all used too, and instead replaced it with a smaller “analog” style screen that just displays the basic settings. Much like the old window you had on film cameras that just showed you what kind of film was in the camera. Fuji’s reasoning behind this is to keep you “looking through your viewfinder” thus minimizing the amount of time you spend looking at the back of your camera. While personally I love this idea, in practice I think i’d be a little hesitant…but…thankfully they have us covered there also.

For those moments when you REALLY need to see what’s going on, the back panel can be flipped out to reveal a “hidden” LCD screen allowing us to review our shots and chimp away!

As mentioned above, they’ve also added a new “Classic Negative” Film Simulation, (which should replicate the Superia 100 film), to the X-Pro3, bringing it’s number now up to 10 available modes for Fuji.

You can watch the entire 1.5 hour summit below (Note, the actual summit starts at the 30 minute mark)

Additionally, during the summit they announced that instead of working on a 33mm f1.0 lens for the X systems, they instead have opted to create the XF 50mm f1.0 that will be under 900g!

The reason for abandoning the 33mm was the size. It was just too big and heavy to justify, (latest prototype weighting in at 1300g with 15 elements and a tripod foot). The proposed 50mm could be quite useful to Wedding and Portrait photographers (given it’s closer to 75mm actual focal length), especially if the autofocus system works as fast as hinted at.

Again, there’s a lot to take in here, with clearly a LOT more to come during the official announcements and release dates on the October 23rd event, so please take some time to watch the whole summit above, and let us know what you think in the comments below! Are you excited about the new 50mm? Personally I can’t wait to test it out and see how the bokeh looks and AF performs wide open! It’ll be especially interesting to see how it performs together with the X-Pro 3. I guess now we just have to find out when they’ll be officially available to test and get hands on with. It makes me wonder what other lenses will be coming on this updated roadmap!