If you talk to film photographers, they probably either shoot Fujifilm or Kodak film and usually not both. And of those films, the 400 speed is the most popular as it lets in more light than a film like Kodak’s Portra160. So what is the difference, what is the hype, and which should you choose?

Something that we at Film Supply Club typically preach is that the choices you make are preference and should be intentional. Film is a tool in your toolbelt that has certain attributes and distinct differences. Hopefully, through this article and video, you’ll be able to make the choice for yourself based on your own preferences.

Here is a link to a video showing the comparisons of shooting Fuji 400H and Kodak Portra 400:

For starters, in this video and for the photo examples, the film was rated at 200 ISO. A quick recap on what that means – the film’s Box Speed or recommended speed is 400 ISO. But we have found (again, a preference) that most color film needs a bit more light so we give it an extra stop. (one stop is either double the light or half the light depending on which direction you go) Color film does very poorly underexposed but holds well overexposed.

[Related Reading: Traveling with Film Anytime Soon? Don’t Let This Happen to You!]

Here are some side by side examples. All were shot with a Contax 645 camera using the 80mm lens. 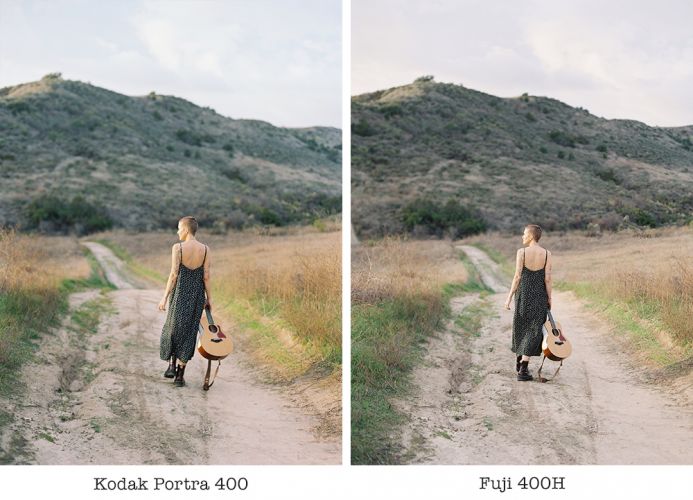 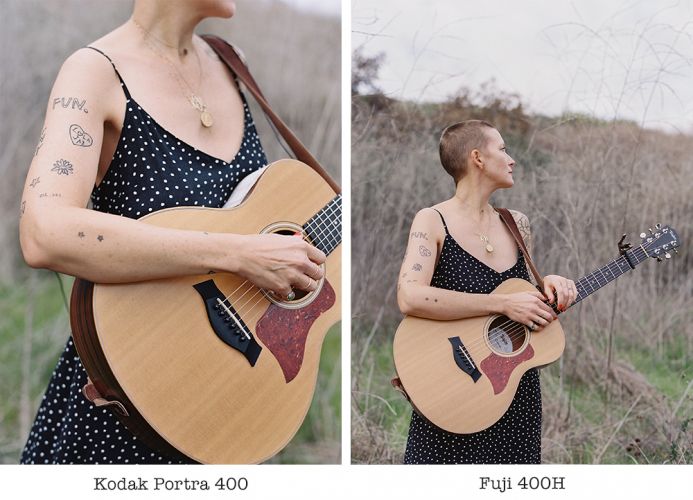 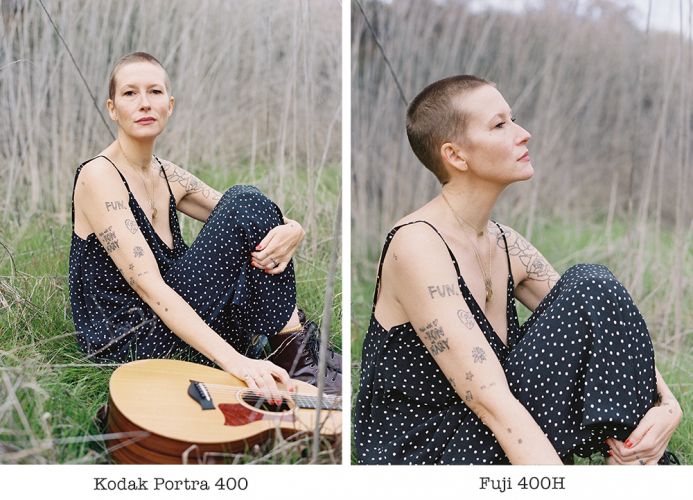 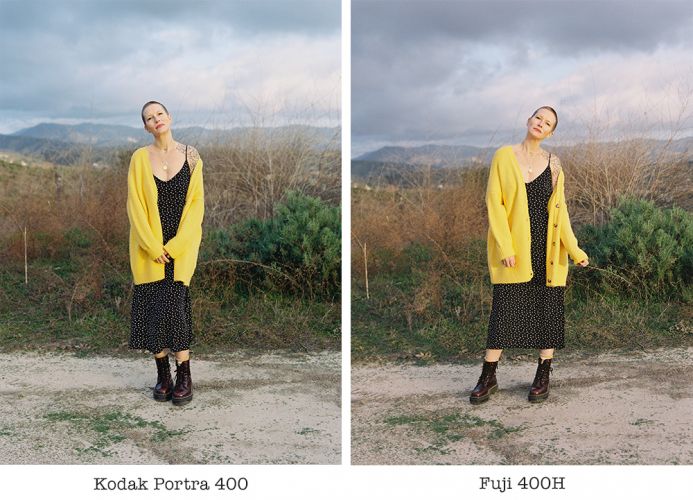 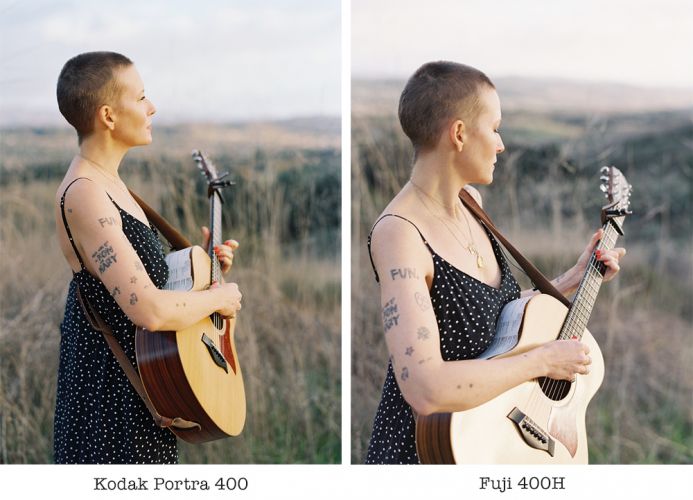 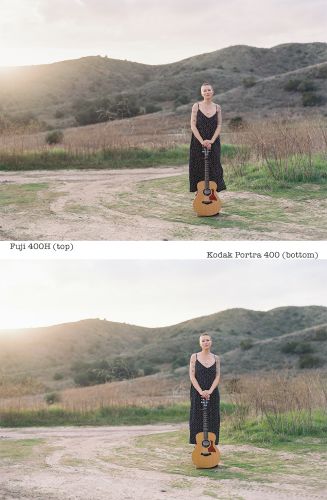 When comparing the photos, it really takes some deep diving to see the differences. Kodak film typically leans a little warmer than Fuji. Kodak is known to accentuate the yellows and reds while Fuji has richer blues and greens.

Something we say in a lot of our videos is that we are trying to give you the tools and options to make choices for yourself. There isn’t a right or wrong answer and often, what you are shooting or the results you want to get, determine the film choices you make.

From shooting both films for a number of years, I have found that Fuji film typically needs more light than Kodak. Over exposing Fuji film, especially when back-lit, can give the film a creamy, pastel look too it. Film photographers, such as Jose Villa, shoot primarily with Fuji 400H.

Hopefully, this was a helpful comparison to add to your knowledge arsenal. Go out and shoot in different environments and try to notice differences in the results. That’s how you learn and grow.

If you have any questions about film and how to shoot it, leave comments below. We would love to hear what you think of the comparisons. Which film would you choose?

A Masterclass on How to Use Portrait Mode on iPhone 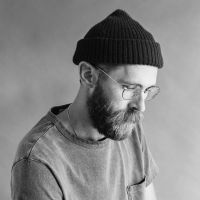 Braedon has been a photographer for 15+ years, shooting everything from fashion/lifestyle, to music/bands, but is most known for his work photographing multi-day destination weddings. Being a film shooting photographer himself, he started a company called Film Supply Club to support the film shooting community of photographers to save them money on film and film shooting cameras. Film Supply Club has a YouTube channel focusing on film photography, containing reviews, BTS shoots, and how to videos. Brsedon also runs a podcast, called The Photo Report, where he brings on big named photographers to chat through the business side of being a creative entrepreneur, freelancer or photographer. All of his projects focus on supporting, educating and equipping people that create for a living.