SLR Lounge > Photo Editing > Lightroom > What is “Exposing to the Left” and Should You Do It? Understanding Exposure Part 2 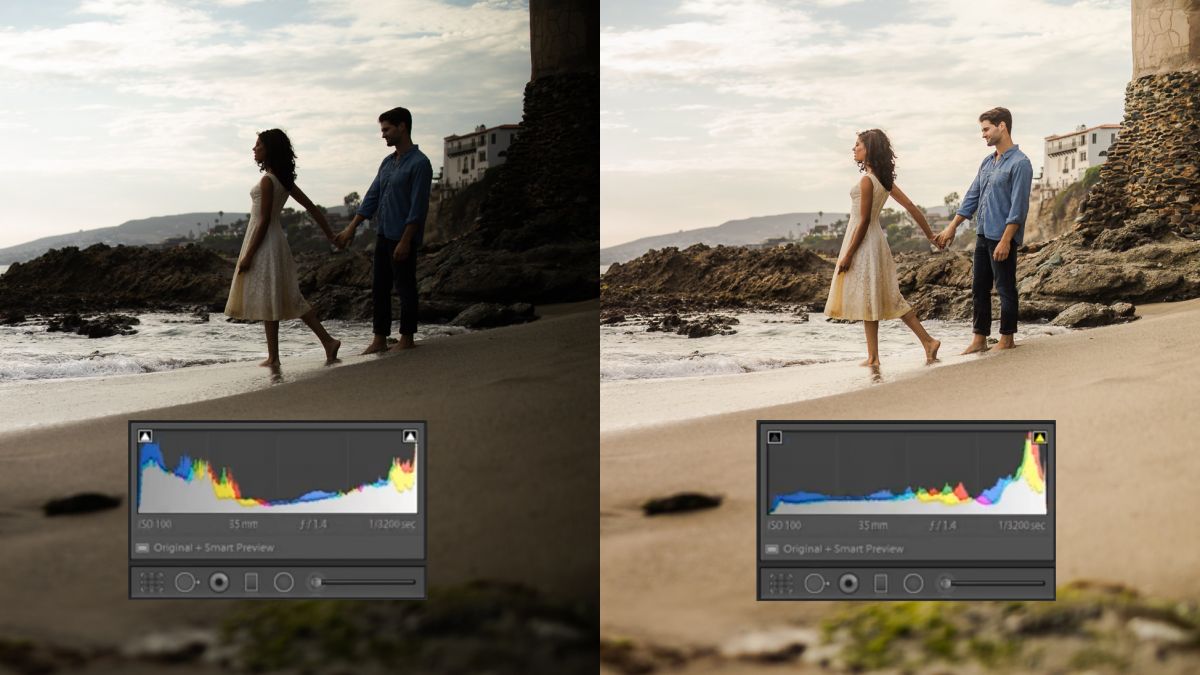 HDR Lighting Example for Exposing to the Left
Photography Basics

What is “Exposing to the Left” and Should You Do It? Understanding Exposure Part 2

Welcome to part two of “Understanding Exposure.”  The purpose of this series is to go beyond the basic understanding of the exposure triangle and help photographers utilize all available tools, like the histogram, highlight alerts, camera profiles, and more, in order to get the best possible image quality, with the most amount of detail, in any scene.

In part one, we demonstrated that what you see on the back of the camera often doesn’t match what you get in your RAW file once you’ve loaded the images onto your computer.  To help, we covered three critical tips and in-camera tools for getting proper exposures:

It’s as simple as below:

The problem with ETTR

When we expose to the right, we’re trying to avoid blowing out our highlights.  To problem is that with a high dynamic range scene like the image below, this could result in a very underexposed image, since we are trying to avoid blowing out that very bright highlight in the sky. This might not be a problem if you are shooting Sony or Nikon cameras that have an extreme amount of recoverable shadows. But with many cameras, lifting shadows in such a dark exposure would yield a lot of grain and muddy tones making the image undeliverable.

Why Expose to the Left (ETTL)

The alternative is exposing to the left, i.e. preserving your shadows.  Simply put, do not let your shadows clip against the left side of the histogram. When we expose to the left, we are preserving all shadow detail and allowing the camera to pick up as many highlights as possible. This is where some cameras that boast a broader dynamic range will excel compared to others. Other cameras may lose some image detail within the highlights, however having a few blown highlights is something that looks natural. In contrast, muddy shadows from an overly underexposed image does not. This is where ETTL shines, it yields maximum image quality on any camera, while allowing stronger dynamic range performers to excel.

Depending on the lighting conditions and the colors in a scene, histogram shapes will vary. In the examples below, some of the images represent an environment in which the lighting is controlled while other scenes would be well-suited for HDR and include a much higher dynamic range. Notice the different curves in the histograms, which illustrates how we can arrive at vastly different histogram shapes while effectively exposing to the left for each image. Again, the best general rule is simply to expose as far to the left as possible without clipping shadows.

Understanding the Benefits of Exposing to the Left

Why does this all matter?  Because highlights vary so dramatically, ETTR techniques can often leave us with wildly different exposures that make post-production more cumbersome, and in some cases, we’ve shadows that are just unrecoverable. However, ETTL techniques give us a much more consistent exposure that remains rather uniform when shooting in similar lighting conditions. By using ETTL techniques, you can build in a standard amount of exposure adjustments into your images based on the lighting condition which can dramatically speed up your overall post-production workflow.

This is precisely what we did with Visual Flow presets which are based on Lighting Condition-Based Development. As long as you follow ETTL exposure techniques, Visual Flow presets will compensate and add back in the appropriate amount of exposure based on statistical sampling methods from each lighting condition. While we’d love for you to check out the system, you don’t need to purchase them to build such an adjustment into your own workflow. For example, the image below shows the exposure adjustments that are built into an image that was following an ETTL exposure based on the “soft light” lighting condition. One click and the image has all the necessary color, exposure and contrast adjustments built-in.

This just wasn’t possible utilizing ETTR methods, and the ability to recover shadows was completely dependent on the camera used for capture.

Here’s a quick recap of the points we covered over the course of this two-part series:

Using these techniques, you’re going to optimize your workflow and reveal image quality that you never thought possible because you’ve already set the exposure to maximize dynamic range based on your camera’s make and model. That is the beauty of getting the right exposure in camera and maximizing your dynamic range. While some techniques, such as exposing to the right, only works for some cameras whose dynamic range exceeds most other brands, dialing in your settings with the LCD, flattening your picture profile, and exposing to the left will allow you to improve your productivity and get the most out of your images.

If you’re interested in more of our Premium photography education, be sure to check out SLR Lounge Workshops to gain access to over 30+ courses on everything photography.

NVIDIA’s New AI ‘Face-Swap’ for Pets Might Just Be the Greatest Thing AI Has Ever Accomplished!