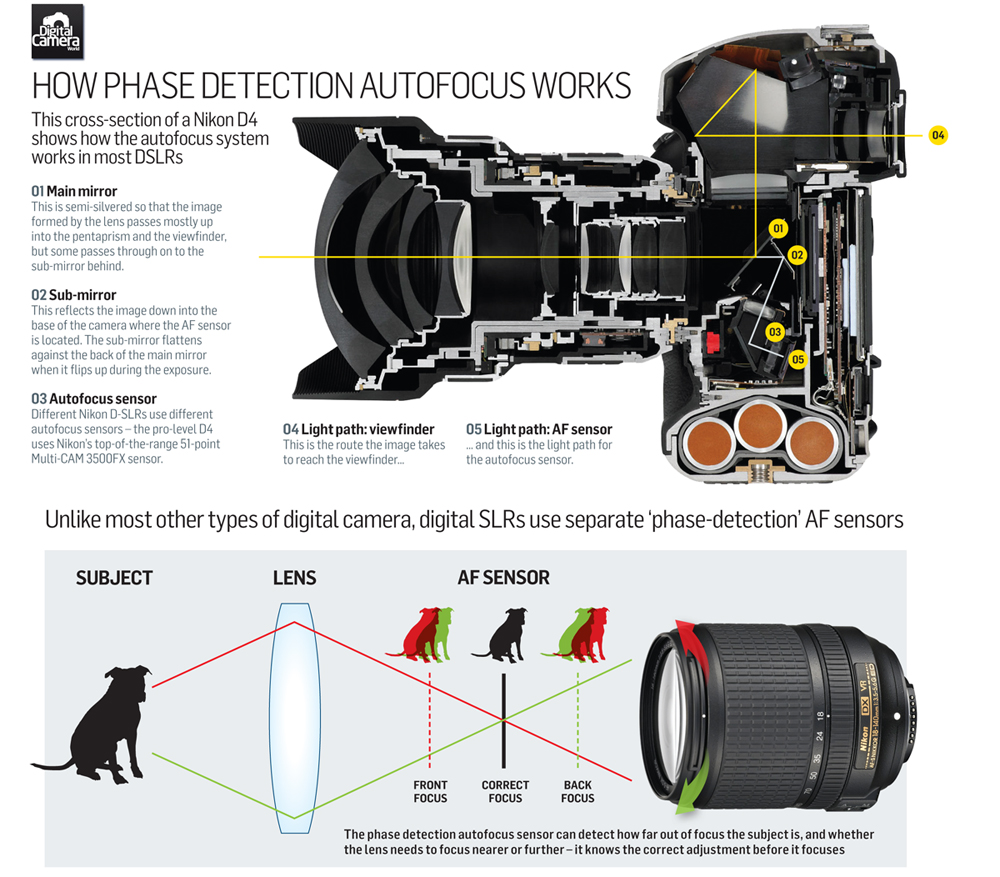 We all use the autofocus (AF) systems in our DSLRs on a daily basis, they are one of the most important aspects of our cameras – without them achieving perfect focus would mean a slow manual process.  We have all heard terms like “Phase Detection” or “Contrast Detection” and know they are referring to the AF system, but what does it actually mean? What is actually going on behind the scenes in our cameras?

[rewind: 6 tips for better dslr autofocus and getting sharper images]

Probably the most common type of AF in DSLRs today is what is called “Phase Detection” AF. Phase detection is achieved by dividing the incoming light into pairs of images and comparing them.

If an image in out of focus then the two images will not line up, and based on how far off they are the camera knows which way to focus the lens to achieve that perfect sharp focus. I am greatly over simplifying this for the sake of space and time, but hopefully you get the idea. Check out this illustration below to get a better feel for it.

The problem with this kind of AF is that it does not involve any actual measurements and in bad lighting conditions it can be thrown off, all of this leads to contrast detection AF systems being much slower – in general – than phase detection AF systems.

Canon just released the new EOS 70D which sports an all new “Dual Pixel” AF system. It is the first of its kind, but since we are talking AF I figured this should be discussed as well. 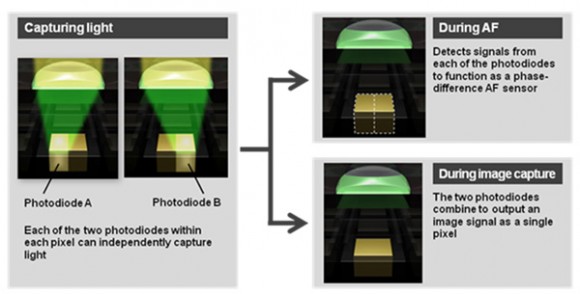 The downside to this system is that it suffers from the same limitations as far as focus tracking that the contrast detection suffers from. So for the foreseeable future classic phase detection AFs don’t seem to be going anywhere.

Hopefully this overview has given you at least passing understanding of how your camera’s various AF systems work. Make sure to check out our tips for achieving better auto focus and sharper images post from a little while back for way to improve your keeper rate.