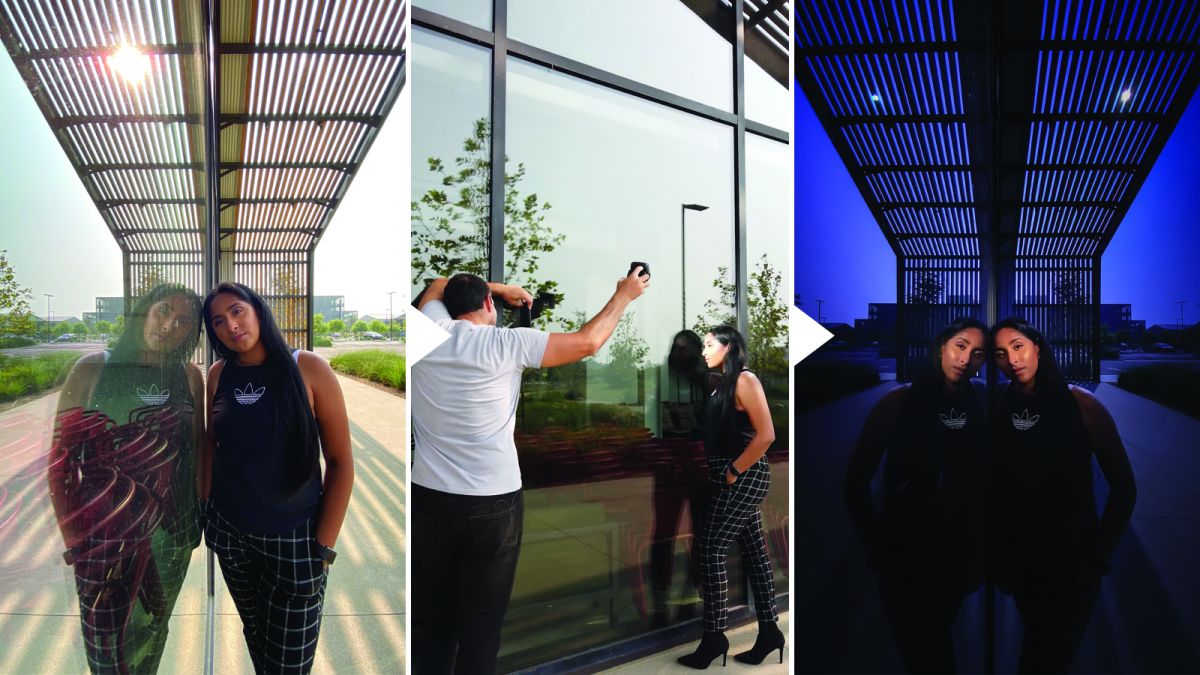 Dramatic iPhone Portraits with the Profoto A10 | Slice of Pye

Tune in to our next episode: October 14th at 11AM PST!

It’s always exciting to get your hands on new gear, especially when that gear creates new opportunities and is easy to use. The new Profoto A10 meets both criteria. Previously, Profoto released AirX technology, which allowed smartphones to be synced with the B10 through Profoto’s mobile app. The A10, however, comes mobile-ready, meaning you can sync your phone directly with the A10 while taking photos and you can install firmware updates wirelessly as well. In this video, we’ll show you how to capture dramatic iPhone portraits with the Profoto A10.

Before you pick up your camera or reach for your flashes, check out our C.A.M.P. framework and simplify your lighting process. You should use this framework, regardless of what camera you’re using to capture your portraits.

Here’s how to capture dramatic iPhone portraits with the Profoto A10 in 5 simple steps:

Syncing the A10 to your iPhone is very easy. Here are the steps to follow: 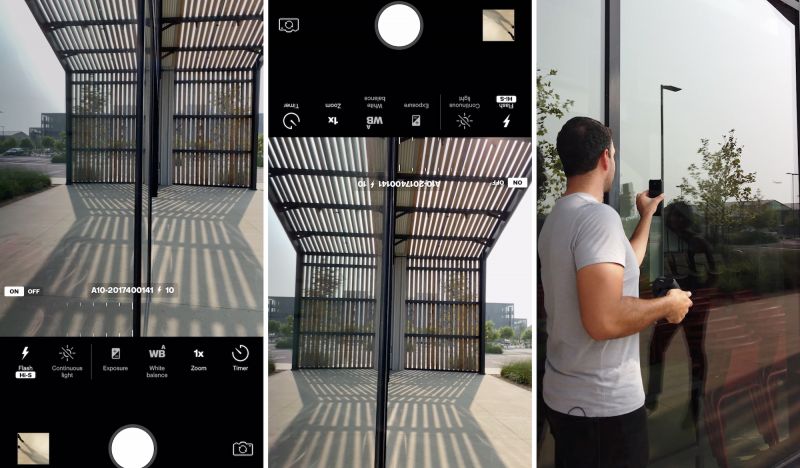 After scouting the area, I decided to use a reflection from a window at our location to frame the shot. Reflections can help boost visual interest in a photo and at times be used to conceal unwanted elements in the frame. To get the lens as close to the window as possible for a better reflection, I rotated the phone to place the lens at the bottom and put the phone up against the window.

The fun part about shooting in a spot like this with such a small footprint (smartphone, Profoto A10, and an Osmo for BTS), we’re less likely to get kicked out while trying to capture the shot.

By dropping the ISO to “32” and setting the shutter speed at 1/8000, we enter high-speed sync mode with the flash, which means we’re going to lose a little power from the flash. After snapping a test shot, I adjusted the white balance to roughly 3200K and zoomed out to full width for a wider angle.

Because I cooled down the white balance, which makes everything look sort of blue, I added a CTO gel (using Profoto’s click grids) to warm up Shivani’s skin color. The orange color of the CTO balances out her skin tone against the “cold” white balance temperature.

I also added a grid to funnel the light directly to Shivani’s face. Both the grid and the CTO gel will reduce the overall flash power, so you may have to make additional adjustments to your exposure when using them.

After taking another test shot, I found that the grid focused the light a little too much, so I removed it and just zoomed in the flash using the menu and the dial on the A10. The zoom function on your flash adds another layer of control when it comes to directing the light to go where you want it to go. Grids add yet another layer of control, and snoots yield the most refined and controlled light direction.

5. Cue the Action and Capture the Photo

All that’s left to do is direct your subject into a pose and capture the photo. You’ll be amazed at the results you can get with just a phone and a highly portable flash.

Final Image: Before and After 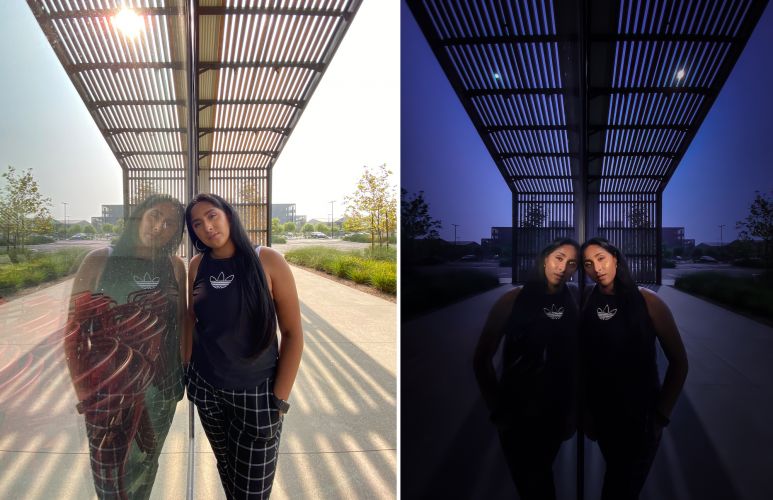 Why Do All This with a Smartphone?

Some might wonder why you’d pair a relatively expensive flash with a phone to capture portraits. Why not use a DSLR or mirrorless camera? I’m not here to say this replaces your professional setup, but it DOES open up a new world of creative possibilities. Moreover, this is exciting for several reasons:

Hopefully, you found our tips on how to capture dramatic portraits on an iPhone using a Profoto A10 in conjunction with the Profoto AirX app helpful. I’m also hopeful that you’ll take advantage of the opportunities this new technology provides to further hone your craft rather than oppose it simply because you refuse to use anything less than a pro-quality DSLR or mirrorless camera. At the end of the day, you can use those cameras to achieve similarly (and arguably even better results), but there’s more to the technique than strictly using gear.

For more Profoto lighting tutorials, be sure to check out our Slice of Pye Series on their IGTV.

Create Interesting Light With Your Phone