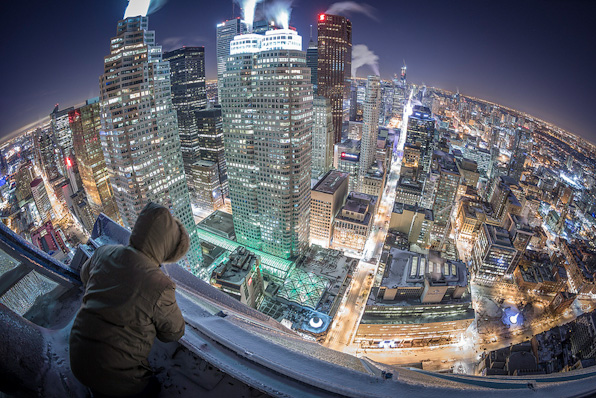 Daredevil Shoots A Frozen City From Above | Images by Ronnie Yip 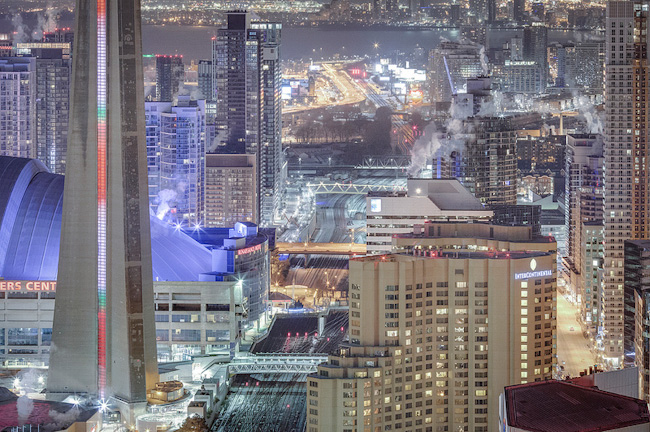 Boredom. In some way, boredom can be thought of as a gift; that your life is so untroubled at the moment that you literally don’t know what to do. No pressing deadlines, no tasks on the horizon that can be done right now, and no troubles that need addressing surely is a good thing, no? I’m convinced that half of DIY projects are born out of boredom, and half of all colds and the flu. Frankly, anything from the common cold up to and including a broken arm is better than the interminable cancer that is boredom. It’s something to focus on.

Photographers go through the same thing. Sometimes, I’m tired of what seems to be the same palm tree, or the same face, from the same angle, in the same place. I generally am content getting low and using a dog’s eye view. But, I’m not Ronnie Yip. Ronnie, takes us up where the elements are less forgiving and the missteps even more so. (gear list below)

…the incredible towering views were well worth the effort. Everything on the top 3 or 4 floors was exposed to the elements. And, due to the ice storm our city suffered through several days ago, it seemed like every object on these floors was covered with a thick layer of ice. 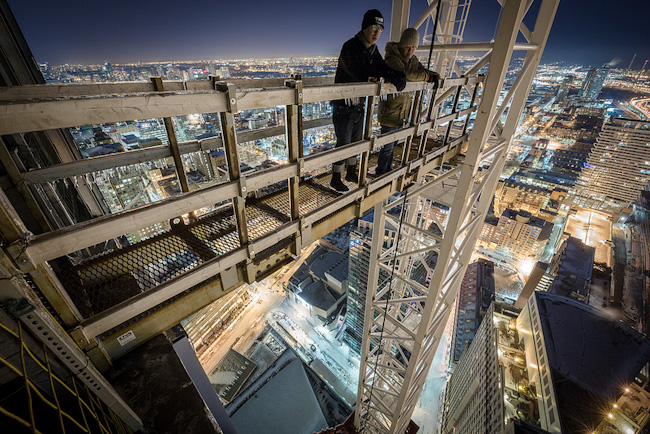 Based out of Toronto, Yip brings us angles and vantages most don’t get to see. Scaling frozen skyscrapers and rooftops, Yip shoots Toronto from probably the least boring views possible. It’s quite majestic, and it’s breathtaking. Recently, Toronto has had a winter more frigid than even the norm. The city, for all intents and purposes, was frozen. Yip saw an opportunity to document the city and what he went through to get the shots was as awe worthy as the shots themselves. He had these words to say about the adventure:

“The problem didn’t lie in getting into the high rise construction site, but with how one properly dresses for a rigorous climb (all 60 flights of stairs) and be prepared to shoot atop the skyscraper at -20 degrees C with windy conditions,” notes Yip “We ended up overdressing for the occasion. The climb was tough – I thought I almost suffered a heat stroke, having to carry all that camera gear, and wearing a heavy parka, two layers of sweaters, and very tight long johns. 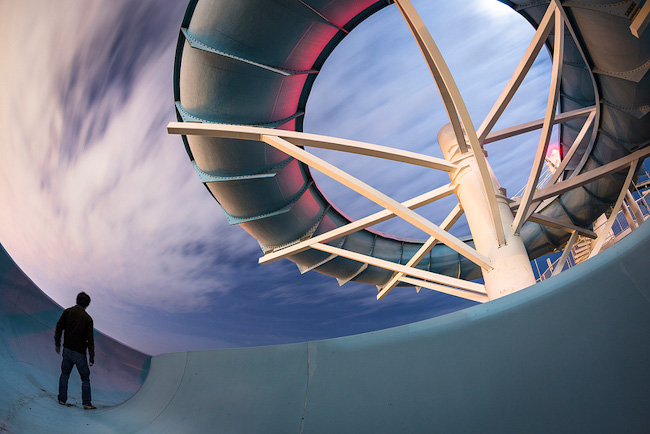 “We had to abandon our initial plan of climbing the scaffolding at the rooftop, which was too dangerously slippery. That hardly mattered, the views we experienced from inside the top floors were enough to make any grown man weep. The frigid air started pounding my body after several hours of shooting, and soon after, I recall telling myself that I really should have been more warmly dressed for this ungodly climate.” 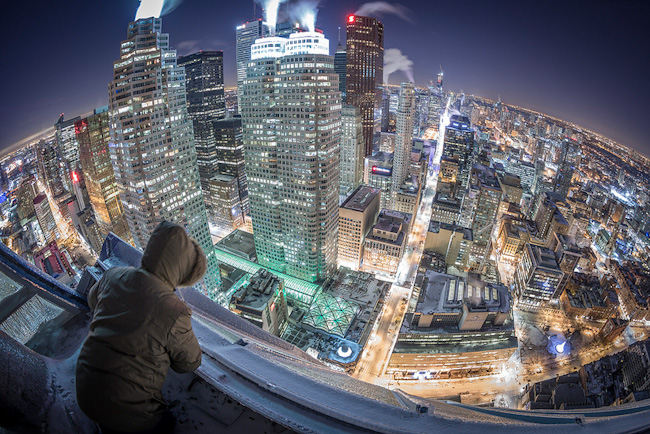 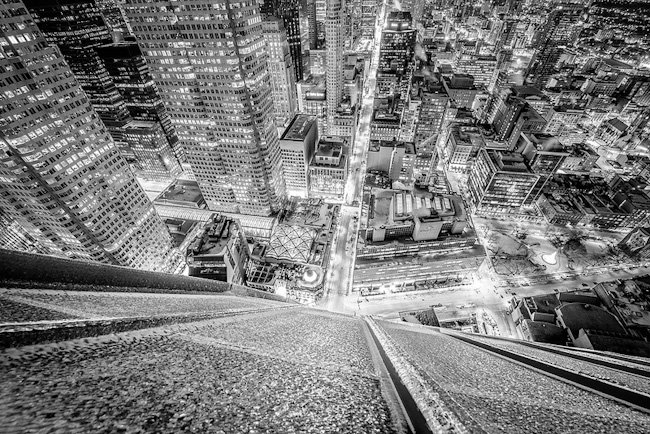 Toronto was my home for many many years, and a city that’s always going to make up part of my DNA. From my days at Crescent School to today, I know it well and over the past few years, it was my surprising pleasure to have spent many days traversing the entire GTA again, many of which, camera in hand. This history made this project a bit close to heart, but it was brilliant because in the photos, the city looked almost alien. It was like seeing it as perhaps how a visitor would see it, as something new and shiny, as if someone had just peeled back a veil or opened a door I’d never seen behind. I strongly urge you to check out his site and Flickr to see this beautiful city, especially in this gelid wintery climate Yip so wonderfully captures.

CREDITS: All photographs shared by Ronnie Yip are copyrighted and have been used with permission for SLR Lounge. Do not copy, modify or re-post this article or images without express permission from SLR Lounge and the artist.