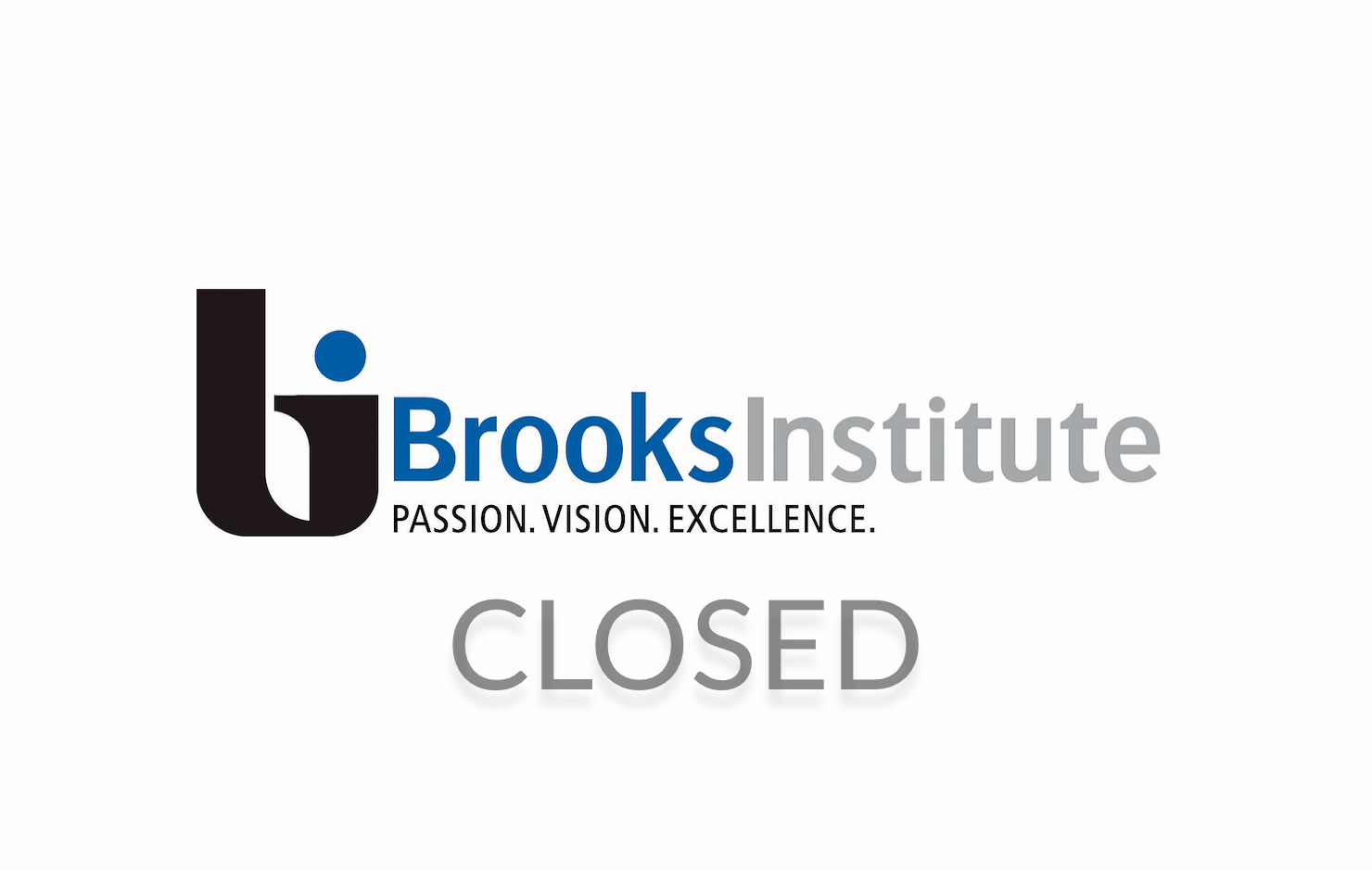 Once and originally called the Brooks Institute of Photography, the Brooks Institute was one of the well-known, accredited, and successful art colleges in the country, and has recently announced that it will be closing its doors for good in October this year, thus cancelling all classes for the fall semester.

The institution was well known for having its first cadre of students as primarily WWII vets supported by the G.I. Bill, and since branching into other visual arts and not just professional photography, but to graphic design, film and video, fine art photography Masters, and science and tech imaging. It was the lifeblood to photography businesses in the area, and the news is already being met with tears by some.

According to VCReporter, Christine Lin, founder and owner of Gphomestay, who had bought Brooks Institute last summer, terminated former President Edward Clift’s contract. It was a move that they say prompted the resignation of the majority of the board of trustees. The Brooks Institute is a for-profit school and has been struggling in recent years, even though this coming year was slated to be significantly better than the last, and this is also not the first time it has been in controversial waters.

In 2012, Brooks Institute settled some $12 million in a class action lawsuit that was brought against the college by the California Bureau for Private Postsecondary and Vocational Education (BPPVE) for ‘equitable restitution’ to students from 1999 due to their having “persuaded prospective students to enroll by “willfully misleading” them, “falsifying and omitting critical information,” according to the New York Times.

However, the school recovered and the news will surely come as a shock to many, and it has; some with fond memories, and others who are more than a little angry. the general consensus is that this type of move doesn’t happen over night, and given the late date, students of the fall semester are out of luck in more instances in finding other schools to apply to. Numerous complaints on the Brooks Institute’s Facebook page reflect these kinds of concerns, typically by parents of future students who have signed leases for apartments near the school, and have not accepted other college offers due to their supposed start at Brooks this year. It appears Brooks’ legacy may be one of controversy after all.  Here’s the quote from their FB post and you can read more reactions here.

Today is a sad day. After 70 years, thousands of careers started, and too many friendships and relationships made to count; we are sad to report that Brooks Institute will be closing October 31st, 2016.
The alumni board are discussing the future of the alumni association beyond Brooks and are currently scheduling meetings with the school administration to make sure that alumni services stay in place beyond the schools closure. We will update everyone via social media when we know how alumni services will be handled.
We know that this will mean something to each and every member of this community. Every person reacts to this type of news differently. Some will take to social media to voice their anger, sadness, and frustration. Along with this we hope that people will take time to reflect on their positive memories of their time at Brooks and the people they met there.
While the school is coming to an end, your education, experience, and careers that came out of the Institute will continue to live on long after Brooks’s doors close. So today is a sad day, but those of us who experienced Brooks at its fullest will continue to share our experiences with the next generation or photographers, filmmakers, journalists, designers and media artists.
We will let you know more as news becomes available. We expect to have an official statement from the schools owners soon.
Respectfully,
Matt Harbicht
President – Alumni Association of Brooks Institute
Class of April 2002

It also gives reason for a moment to pause and reflect to wonder about the future of formal, structured, degree bearing education for photographers going forward. Will specialized schools make it if not subsidized by a government or a wealthy owner/business who can absorb losses?

[REWIND: Light Modifiers | The Two I Can’t Live Without]

I had a chat with celebrity and fashion photographer Nigel Barker earlier this week, and one of the more interesting parts of out conversation was about the role a formal photographic education plays in today’s professional and commercial market. Nigel’s entire slew of assistants are all degree-bearing individuals with formal education and training in photography or a closely related field, and that’s a commonality within the industry. Given that, there’s certainly a place for the type of education Brooks would provide, and it’ll be curious to see who fills the void.

New Instagram Feature | 'Save Draft' Is A Much Welcomed Addition