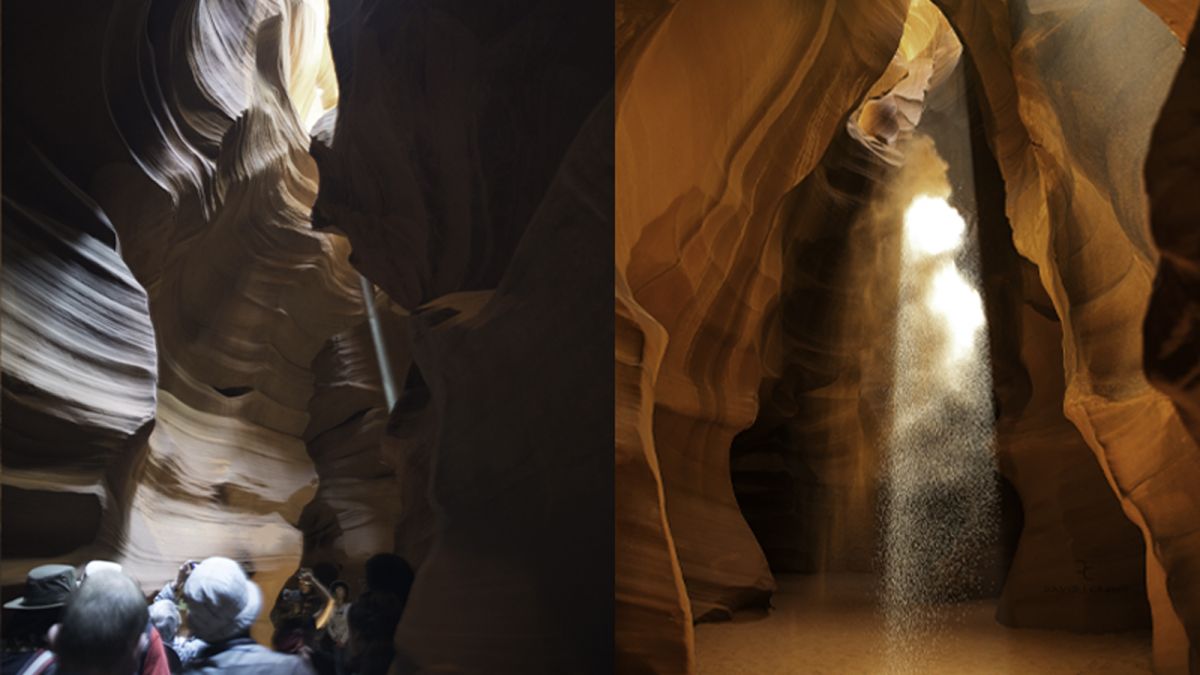 Upper Antelope Canyon Photo Tours to be Discontinued from 2020

Over the years i’ve been able to go on some pretty epic photographic adventures. One of my most favorite, and most frustrating, was the trip I went on with a group of non-photographer friends to Upper Antelope Canyon a few years ago. The place is absolutely breathtaking and beautiful and worth every penny for the tours you can get on…the frustrating part as a photographer…is there are so many other people on these tours and you’re kind of pushed through due to that quantity, it’s really hard to get “the shot” you’re been dreaming of. Either way, one look and you can see why it’s so popular. Sadly, this tour will be discontinued from 2020 and beyond, according to the Navajo Nation Parks and recreation organization.

Why Was The Decision Made To Discontinue The Photo Tours?

Antelope Canyon is one of the most renowned slot Canyons in the US southwest, famous for the light beams that are created in the canyon when the sun is high on the sky during the summer months. It became increasingly popular in the last years after being the location where the most expensive photograph ever sold in history (for 6.5 million) was taken, and especially the rise in social media.

Visiting the Canyon is only possible through the tours run by one of the official Tour operators of the Navajo Nation, and in the last years they have been running two type of tours: Sightseeing tours and Photography tours.

Taking photographs in the standard tours is challenging due to the big sizes of the groups, the amount of people in the canyon, and the prohibition to use tripods and monopods. For that reason, they created specific photography tours, based on spending a longer time in the canyon in a smaller group to increase the chances of shooting better images. In the photo Tours, the guides also block other groups from entering the photographer’s frame, in addition to help with tips and the creation of the compositions. This also includes the tour guides tossing sand into the light beams to help you get the shots you’re trying to capture in this stunning environment.

These tours have been equally successful as controversial over the last years, generating a debate about paying around USD $140-$190 to photograph under pressure scenes that are created by the guides.

After receiving the news about the photo tours being discontinued, Dan Zafra took it upon himself to call the Navajo Nation Parks department to confirm this information and find out what reason there was for it?

Along with the popularity, in the last years there has also been an increase in the negative opinions and reviews of the attendees, complaining about the over crowdedness of the canyon and the stress under which the tours were taken. For this reason, all the tour operators belonging to the Navajo Nation Parks and recreation unanimously agreed to discontinue the Photo tours from 2020, with the goal of freeing up space in the canyon and making the experience more enjoyable to the visitors attending the sightseeing tour.

They didn’t confirm if the space of the Photo tours will be used for running extra standard “sightseeing tours”, simply confirmed that this decision is aimed at improving the image that the general public has formed about the Antelope Canyon tours in the last years.

Will this shutdown make a difference? At this point it’s anybody’s guess since they will still be doing sightseeing tours. Guests will still be able to use handheld and smartphone cameras in the canyon, but no more setups, tripods, and monopods will be allowed. It’ll be interesting to see how the crowds will shift, if at all due to this. We’ll have to see if the regular tours end up placing more people in the canyon than were there with the photo tours, making it even more difficult to get a “beauty shot” for attendees. Either way, the Navajo National Parks insist the goal was to create a better experience for everyone.

So, if you have had Upper Antelope Canyon on your bucket list for a place to photograph, you have from now until December 20th, 2019 to book your tour to try and capture that shot! Let us know if you have gone on the tours and what you’ve thought of them. Do you think this is a good decision for the park? Let us know in the comments below.

About the Author – Dan Zafra is a landscape / travel photographer and co-founder of the travel photography & photo tours website Capture The Atlas. To See more of his work visit his site, Instagram, or Facebook page.