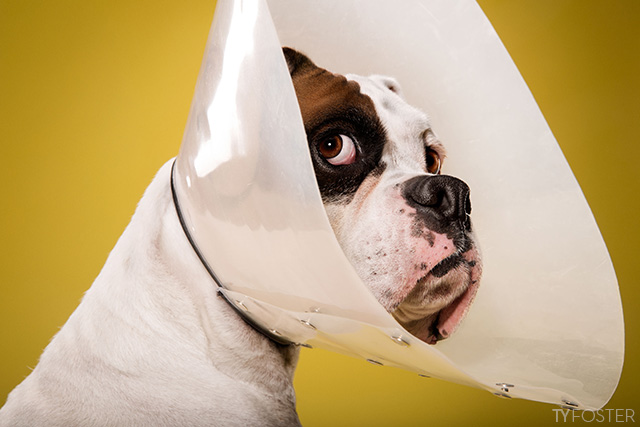 If you’ve ever been a dog owner, you most likely have had experience with an Elizabethan collar, also known as the “cone of shame.” The large plastic head covering that straps around a dog’s neck and looks like a lamp shade prevents man’s best friend from biting, licking or scratching at a wound or sore. Dogs absolutely loathe wearing one, and if the wearer encounters any other dog, on a walk for instance, you can almost feel the canine sympathy toward the shamed pet.

In the following series, Ty Foster explores dogs forced to wear the e-collar and “how dogs truly feel about the plastic prison that is the cone.” Ty’s adorable series shows dogs suffering the cone. From embarrassment to annoyance, you can see in the eyes of each pup their true feelings of the awful torturous contraption. 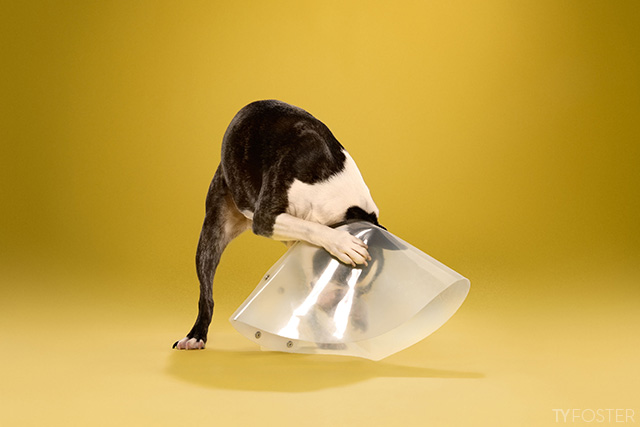 The idea of the project began when Ty received a photo text of his dad’s two dogs banished to doggie ‘timeout,’ each sporting the collar. Later that day, while Ty was walking his pit bull rescue, they encountered a neighbor dog with the cone and the idea for the series was cemented. Working with Lona Walburn, who retouched the project and Natalya Zahn, who worked on the titling, Ty’s project aptly named, “Timeout,” shows the humor and the angst of the pups in their plastic prisons. 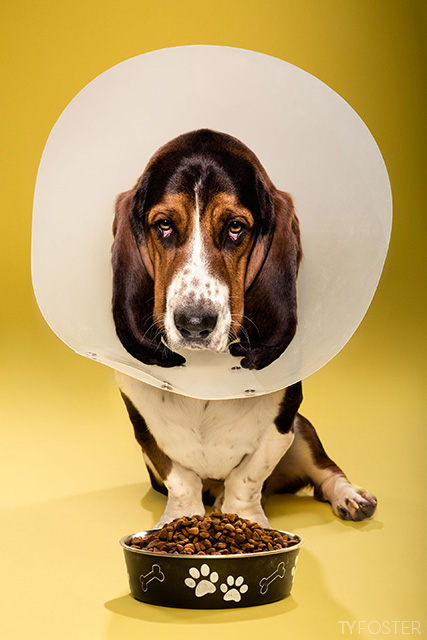 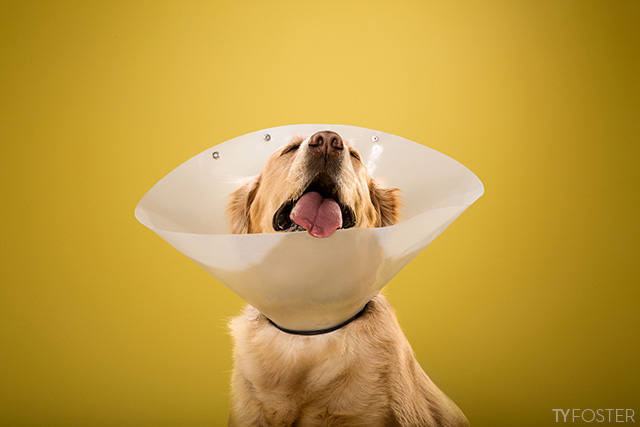 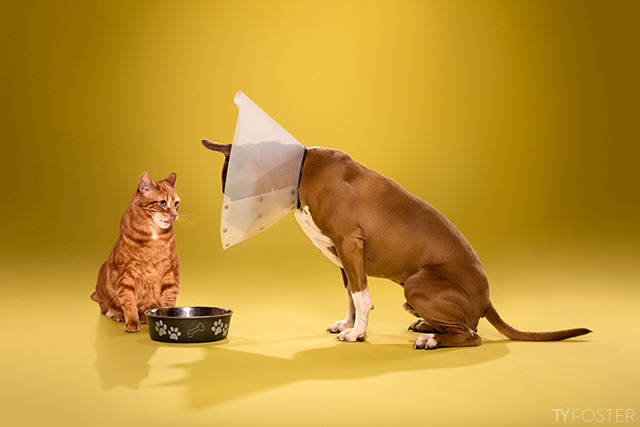 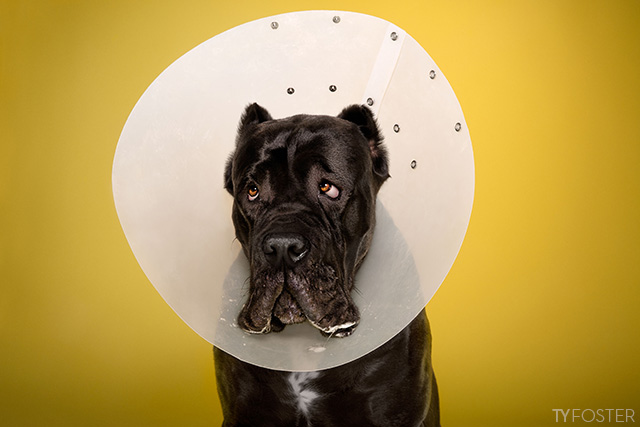 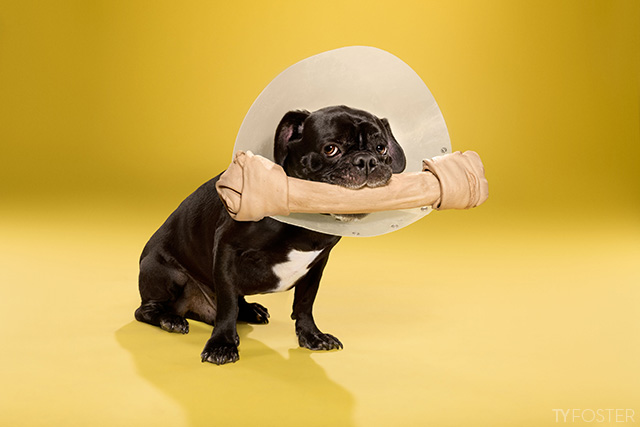 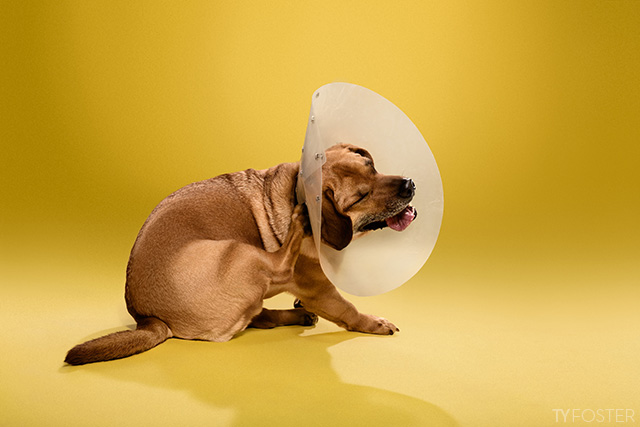 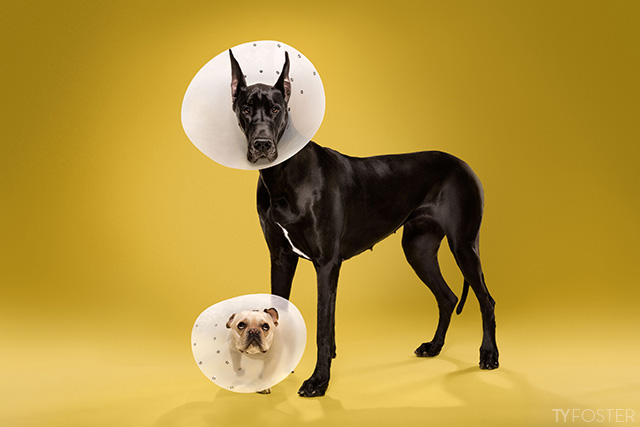 To see more of Ty Foster’s work as a pet photographer, including his viral series, “Lick,” check out his website here.

CREDITS: Photographs by Ty Foster are copyrighted and have been used with permission for SLR Lounge. Do not copy, modify or re-post this article or images without express permission from SLR Lounge and the artist.