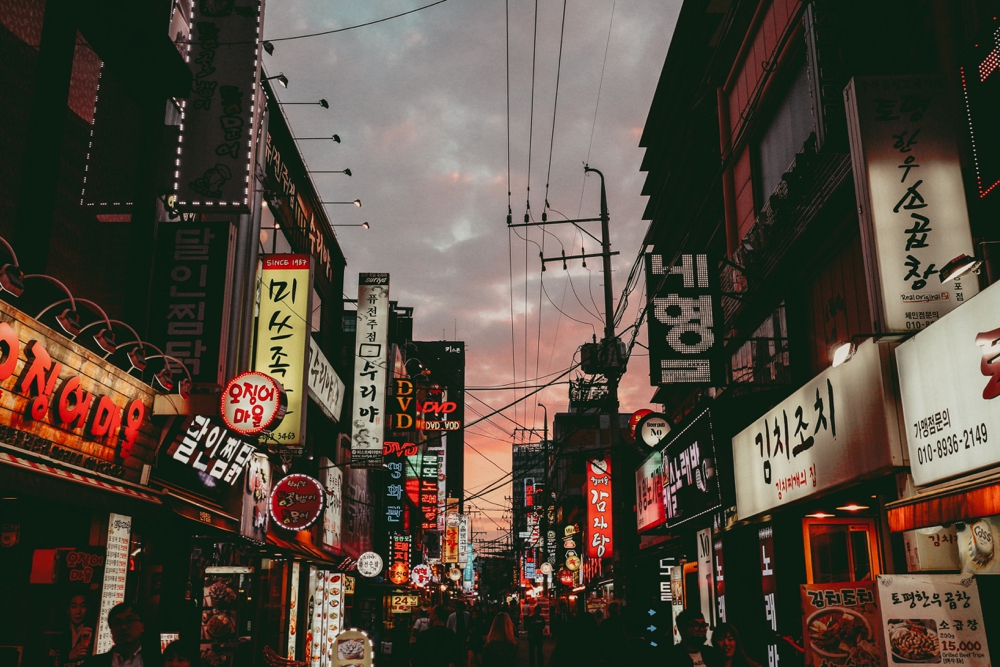 Recently, photographers Cruz and Jessica Kobeissi were in Seoul, South Korea on a photography trip. Their plan was to approach strangers on the street and ask them if they wanted their picture taken. They both had their reservations about what they were attempting to do, but they pressed on and things turned out better than expected!

We’ve said before that it’s always a good idea to ASK permission first before taking someone’s photo on the street. Cruz and Jessica were primarily in a university area, where most of the students spoke English, but they brought a translator, Ky, along just in case.

Being in an area mostly populated by university students, they thought going in that the Seoul citizens would be a little more receptive to getting their photo taken. But things weren’t panning out as they’d imagined. Jessica brought with her a Canon 5D Mark IV with a 50mm f/1.4 lens, and almost immediately after they’d gotten to the square, her battery started dying. But right when she thought the day was lost, she got her first photo. And then another. Then finally, she was on a roll!

Taking pictures of strangers in Seoul, South Korea ?? Video is in my channel with Korean and English subtitles ? YouTube.com/jessicakobeissi

Cruz brought with him a Sony A7SII with a Zeiss 35mm f/1.4 lens, and he knew he had some big shoes to fill after Jessica’s success. But he was able to coax some passerby’s into letting him take their photo. One thing he learned—a lot of people have great style in Seoul!

Very rare appearance of me IN FRONT of the camera on @jessicakobeissi YouTube channel in her series “Taking Pictures Of Strangers”. We ran around Seoul, South Korea for a day snapping pics of people on the street. How did I do? Swipe right to see some of my images. Link to full video in my bio! Thanks for having me Jess. ? ?

Next week I’m featured in the upcoming episode of @jessicakobeissi’s YouTube series “Taking Pictures of Strangers”. We spent a day in South Korea snapping photos of random people on the street. Two things I learned: a.) people in South Korea were incredibly friendly and fashion forward and b.) if you ever want to overcome the fear of approaching people you don’t know, take a camera, walk around your town or city and take photos of people. It forces you to open yourself up and see the beauty in everyone.

Even though they felt a little creepy, asking strangers if they could take their pictures, they got some great shots and learned a lot about the proper etiquette of a street photographer.

“If you want to become, like, a more confident person, walk about your city with a camera and start taking portraits of people because it’s a really good way to just deal with the fear of the unknown.” ~ Jon Brandon Cruz

Be sure to check out the rest of the video below and let us know what you think in the comments!

See The 2019 Astronomy Photographer of the Year Winners