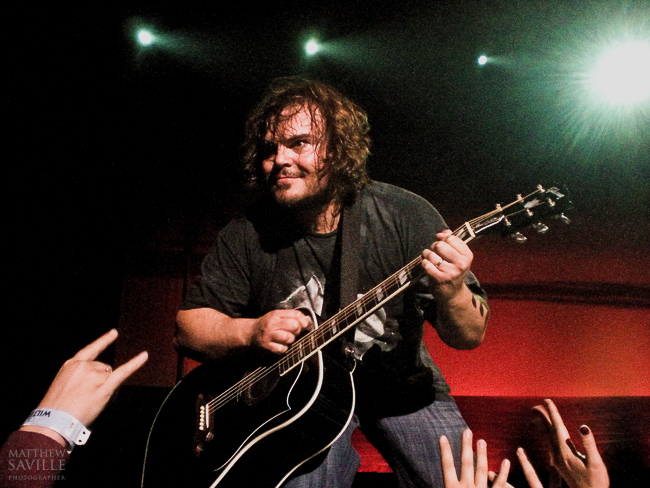 Every photography hobbyist who also loves music, theater, or any other type of performing art has, at one point or another, run into this dilemma: you’re not allowed to take “professional looking” cameras into a concert.

The good news is that there are more and more pocket-sized, unassuming cameras out there that produce amazing results. “Point and shoots” and even cell phones can nearly match results that were only possible with heavy, expensive pro cameras just a few years ago.

I am not a professional concert photographer. The photos I’m sharing here aren’t going to win any awards; they’re just good memories of some of my favorite experiences.

The advice I’m giving is based on personal experience as a casual photographer at various concerts and performances around Southern California. I do have professional experience photographing theater, and, of course, my full-time job as a wedding photographer, so this article will cover my basic tips on how to get decent photos in extremely difficult conditions. Enjoy!

I cannot promise whether or not you’ll be allowed into this or that concert, with this or that camera because each venue/performer is different, and I certainly haven’t tried all of these.

Simply put, the smaller, the better. Bonus points if the camera is a color other than black. I’ve borrowed my sister’s purple Nikon point-and-shoot camera once or twice and have never had security guards give it a second glance! 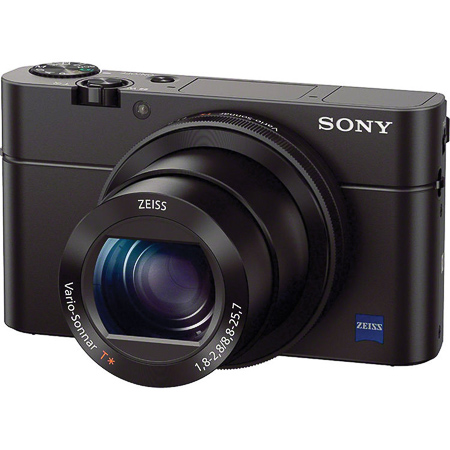 For example, you might get a Sony RX100 series camera into a concert but I doubt you’d get a full-frame RX-1 in. And although mirrorless folks brag about how small and compact their cameras are, I also highly doubt if you’d get a Fuji X-T1 into any concert. You might not even get in with an X100T! They just look too “professional” in a hipster/80’s sort of way. Try a Fuji XQ2 maybe?

Or if you’d like a more rugged camera, for the mosh pit at a metal (or Ska?) concert, I’m a big fan of the “indestructible” types of cameras, such as the Fuji XP80. And those come in flashy colors!

I think you get the idea. Basically, you want a camera that appears incapable of professional results and fits in your pocket. (Even an Olympus E-M1 still looks like a miniature pro camera.)

When in doubt, the latest cell phones are pretty darn good too.  Maybe even better than most of the compact “point-and-shoot” cameras out there. iPhones have delivered amazing results since the 5, and numerous others are now offering all kinds of things like optical stabilization, or manual control if you download a special app sometimes. Just be sure to charge up, and dim your screen as much as possible.

Four Tips For Better Photos And A Better Experience For Everyone

The following tips are going to help you get better photos while still enjoying the concert and not ruining anyone else’s experience. 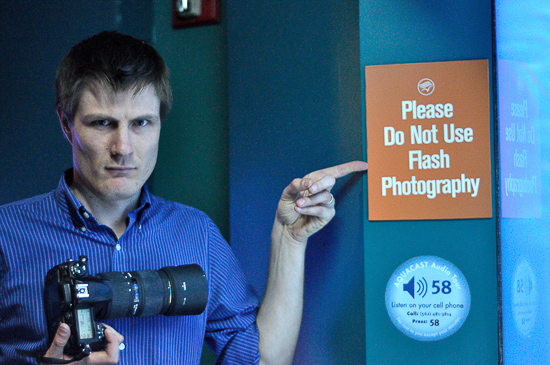 Rule #1, never use flash. Your weak little flash won’t be a part of your photos anyway unless you’re right up front. Pretty much all pop-up flashes don’t illuminate more than a few feet away from the camera. Even then, the photos won’t look that good. (So if you ARE in the front row, your flash pictures will probably still stink, AND you’ll be blinding the performers. C’mon!)

The lighting provided by the venue will not be enough some of the time, but there will still be plenty of opportunities when it is bright enough. The roadies know what they’re doing, so just sit back and wait for it to come together.

2.) Embrace Grain, Crank Your ISO Up!

If you’re not the paid professional, and you’re not a money-grubbing paparazzi, you don’t need to worry about whether or not your images can be printed poster-sized. Chances are, they’ll probably only ever be seen on Facebook or in a slideshow on someone’s phone, or maybe, just maybe, if you get that one epic shot, you might make an 8×10 just for fun. 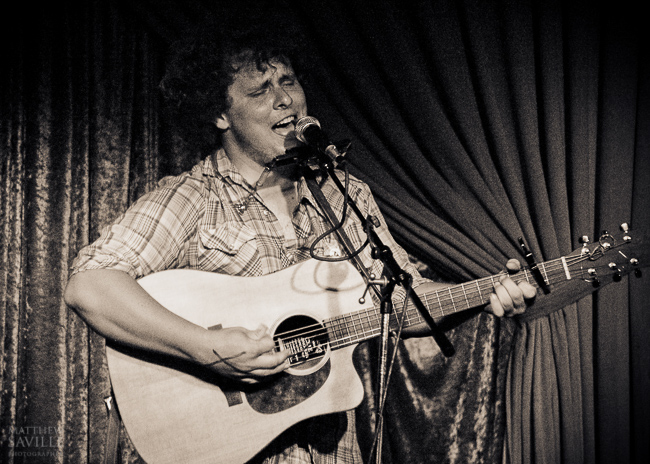 Either way, a little bit more grain in your photos is much, much better than having them be horribly blurry or horribly out of focus.

3.) Being Ready And Getting Lucky Is Different Than Shooting 1,000 Photos

Don’t be one of those annoying people who holds up their big, bright camera/phone LCD the entire concert. You’re going to ruin the show for the people behind you, and wind up with 99.99% photos that get thrown away anyways.

Check your camera settings, look around to see what the lighting setup is, and then chill out and enjoy the concert!  You paid good money to hear good music, NOT to spend the whole time obsessing over whether or not your pictures are coming out.

What I do is I snap a few test shots, and then I turn off my camera’s LCD screen and hold the camera down at eye or shoulder level. If you see the lighting and the moment coming together, rattle off a few shots. Chances are, that will be the one photo that is the memory you want. 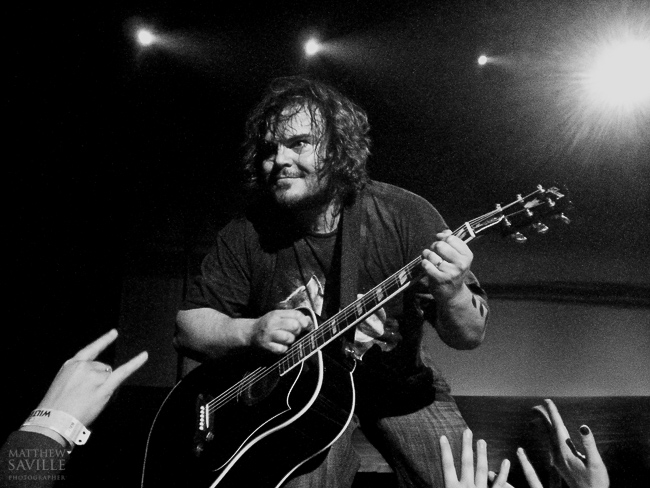 Of course if you’re not at the very front of a concert, and you can’t zoom in much without catastrophic camera shake, then sometimes the best thing to do is to just “call it good” with a couple wide-angle photos that at least use the lighting to give a good sense of the experience. 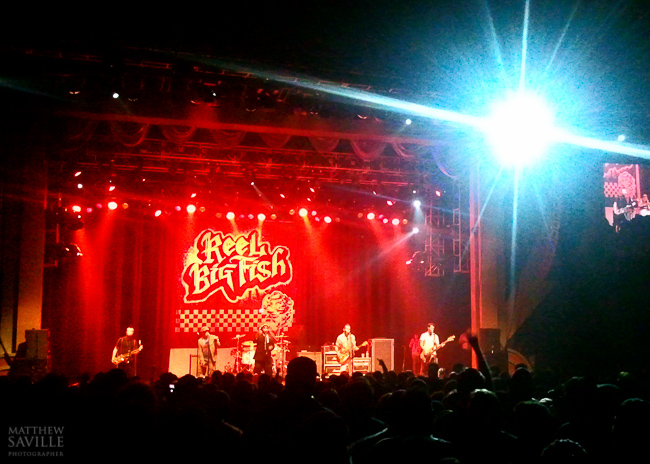 Don’t expect your images to be perfectly exposed with great highlight and shadow detail.  A concert isn’t meant to be experienced that way in the first place, why would you think it’s a good idea to go digging into your shadow detail anyways?

Over the years as a theater photographer, I’ve realized that stage performances are an awesome way to practice your skills at low-key and/or negative space imagery. 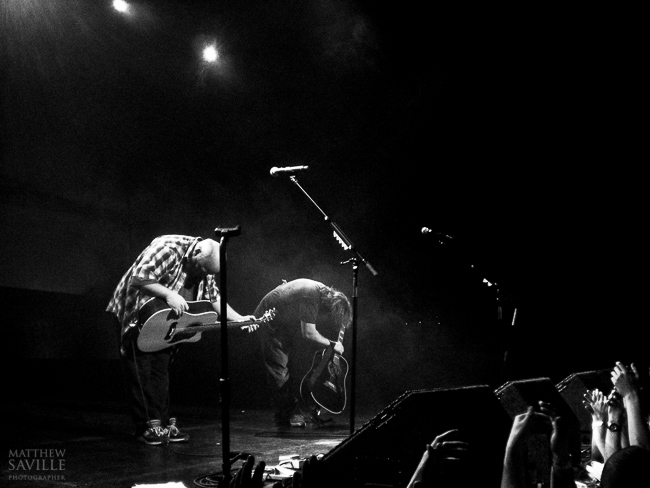 Another tip about low-key shooting is this: If you’re working with a camera or cell phone that doesn’t have manual exposure, it may still have exposure compensation. Because a stage is often extremely dark while performers are brightly lit, I almost always find that I get the best results by just cranking my camera/phone to -2 EV or so.

Plus, (even though you can take all the pictures you want) sometimes security guards will jump all over you if they see you capturing video footage. That’s always a buzz kill. Again, you’re paying good money to experience a concert, not to capture some audio that can’t possibly do the performance justice.

I think that many times in this day and age, we techno-folks become obsessed with documenting everything we see that we go through life not actually taking the time to soak it in and enjoy it. That’s no way to live!

If you’re actually thinking of getting into concert photography, or if you’d just like to shoot more stage performances of any kind, then festivals and similar events are a great way to get access to these environments, with your big fat 70-200 in tow.

I’m not talking about Coachella, of course, but the smaller fairs and festivals are usually no problem.

Last but not least, again if you’d simply like to practice low-light photography, with whichever camera you can, small local shows are a great way to get comfortable in such environments. Be sure to offer to share a few images with the artists for their own promotion, as long as you don’t expect them to shell out big $$$ to license your images. You’re just practicing, and usually free circulation/exposure are much more beneficial than a couple bucks in your pocket. 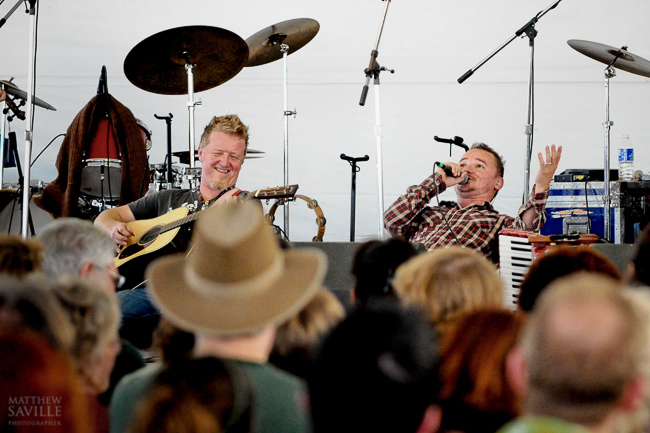 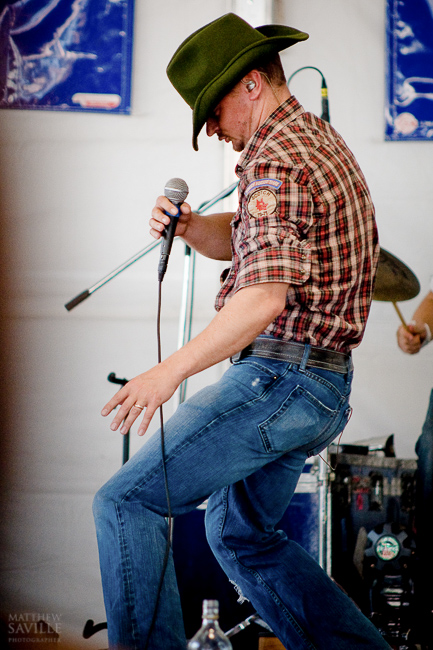 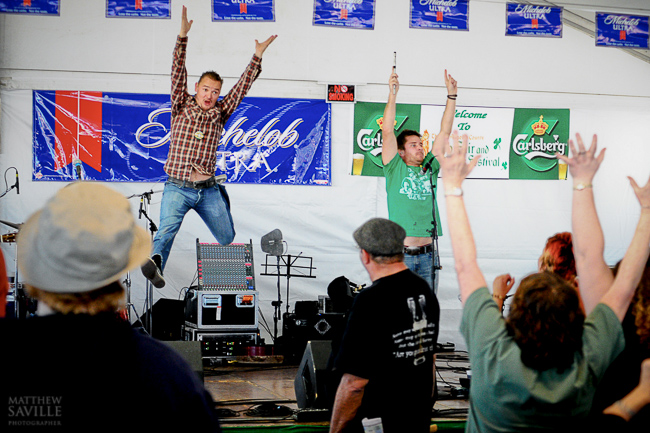 Gaelic Storm (AKA, the band from the steerage scene in Titanic)

While music festivals happen pretty much everywhere, if you’re lucky enough to live in some places such as Hollywood, you might be able to see other types of celebrities  a red carpet or similar environment. 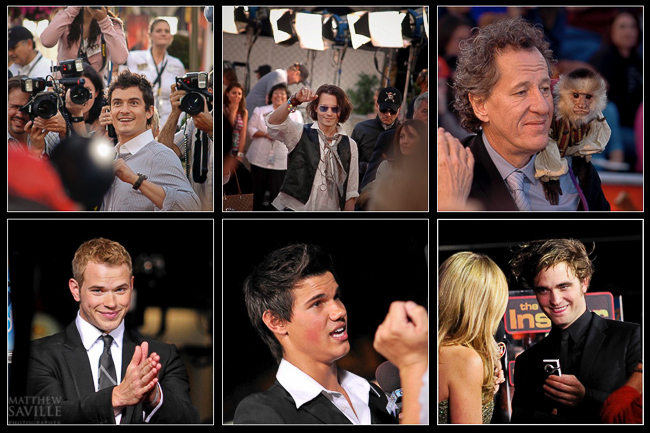 Happy clicking out there! Remember to be smart, don’t make a scene, if you focus on having a good time then a few great photos are sure happen…
=Matt=