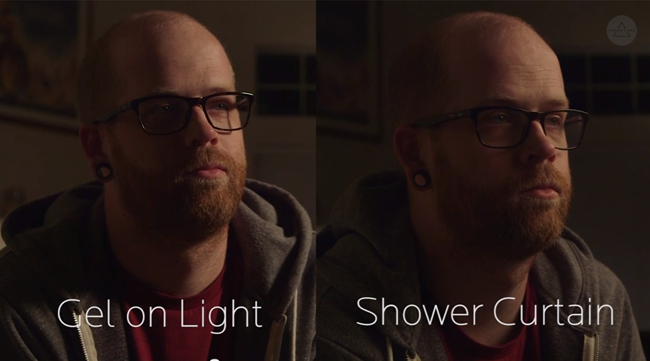 If you’ve been following some of my recent posts, you’ll know that I’m on this DIY kick. Maybe it’s in the air or I’m just feeling the need to create since I’m kind of over the scrapbooking thing. Either way, I’m starting to get to know my way around Home Depot now.

Last week, this article showed you how to make the DIY Light Bar below. This week, the guys over at Film Riot are back and shows us a cheap hack to diffuse the light from this bar to create a nice cinematic look. 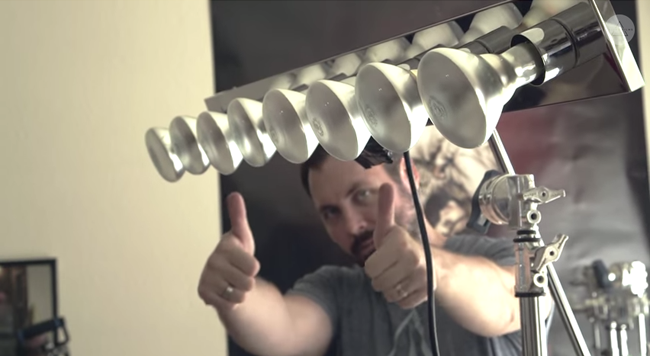 Light can make or break a film or a photo. That’s why everyone love to photograph during ‘Golden Hour.’ That delicious diffused light from Mother Nature gives your photos that extra yumminess. For more info on shooting in natural light, be sure to check out our Natural Light Couples Workshop DVD.

DIY Diffusion With a $4 Shower Curtain

The video below addresses a quick and cheap fix for the multiple shadows you may get from the above light bar because of all the different light bulbs. This one is not a new concept, but it’s new to me. It’s one of those fixes that are so simple, everyone uses and you wonder why you didn’t think of it. All you need is a shower curtain. It’s about $4 at Target. (At least it is for me, and I should know, since I have to buy a new one every month. So, if anyone has an easy DIY fix for making shower curtains last longer without it getting gross and moldy, that’s a video I want to see). Clamp your new and large ‘diffusion panel’ to something (like a light stand) and put it in front of your new DIY light bar.

The good thing about shower curtains are that they come in all sorts of opacities to choose from. Grab a few and test them out. Personally, I like the cloth shower curtains. I’m afraid of the plastic ones melting with the hot lights, or perhaps, you could try some muslin from the fabric store. The options are endless, you just have to be a little bit creative when wanting to save some of that dough. 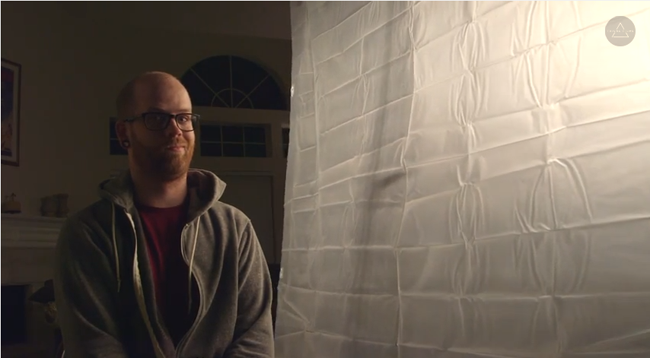 The video also shows some examples of what a scene would look like with your shower curtain diffusion and as a bonus, the last part of the video is a look at the Film Riot’s color grading workflow. Ryan Connolly, the host, uses Looks software, but mentions that other editing software will work, too. Check it out:

What are you gonna buy with all that extra money you just saved? I suggest the new Fuji X100T…that’s what I’d buy :)

Matt Granger's Fuji X100T Review From The Floor of Photokina