SLR Lounge > Inspiration > Sound and Audio | From Stills to Motion 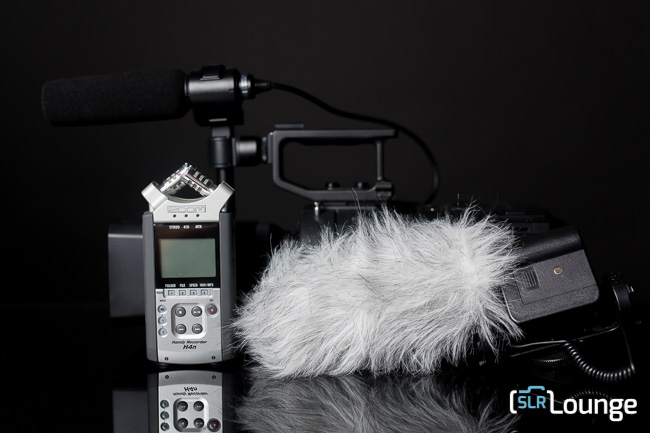 In this series of articles, Joe Cha, Photographer and Videographer, teaches the basics of DSLR Cimematography from a photographer’s perspective.

Sound is the unsung hero in cinema and film. When you do it right no one notices, but when you do it wrong it can potentially ruin the film. In this article I’m going to go over some of the basics in sound recording for video so you’ll know exactly what you need and how to approach a scene when it’s time to record.

On-Camera
Most cameras have microphones built in, but it’s not ideal to use because it’s going to pick up unwanted sounds like wind, other people talking, or even clicks from the user adjusting camera settings. 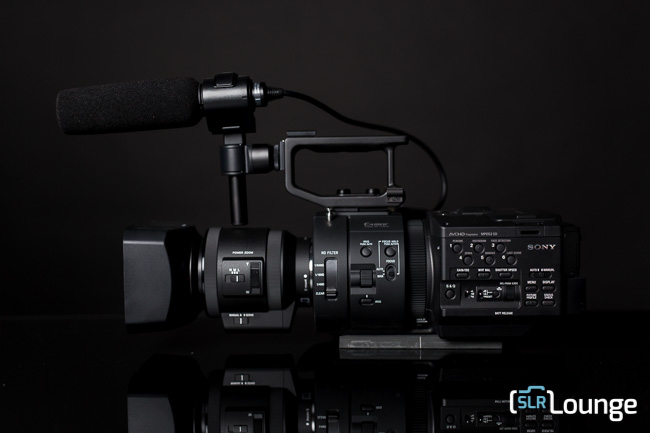 To give our camera sound direction and quality I like to use Rode on-camera mics because they mount directly onto a hotshoe, they’re relatively inexpensive, and the quality of your cameras audio increases noticeably. The benefit to having great on-camera sound is that your audio and video files are connected so there’s no need for post syncing.

Off-Camera
Off Camera recording is any recorded sound that isn’t directly connected to the camera. So during weddings I’ll plug in a recorder into the DJ’s booth to record all the speeches through the microphones they have set up already. In Pye’s studio room we have an off camera mic that he talks into so in the tutorials you can hear his beautiful voice clearly. 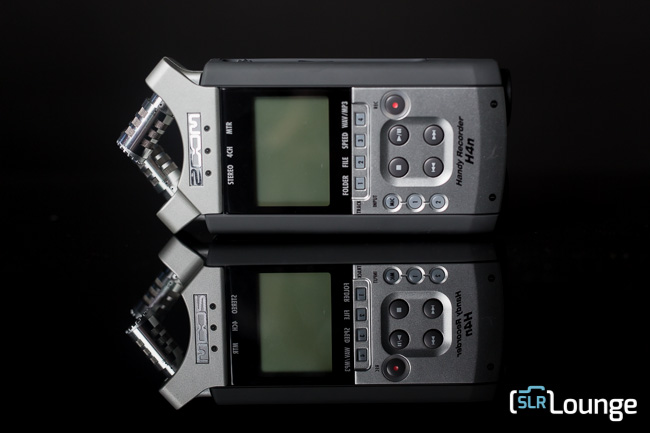 My favorite recorder for off-camera recording situations is the Zoom H4n. It has 2 microphones built in, it takes both XLR and 1/4 inch cables natively, and it’s inexpensive and simple to use. I can use the Zoom H4n when I’m plugging into a DJ booth, when I’m booming a shotgun mic, or when using a lav mic.

Lavalier Mic
Lavalier mics (or lav mics) are small microphones that are designed to capture the voice of the user. In all the SLRLounge shoots we put lav mics on our talent to capture their voice without the distracting sounds of the surrounding elements. We use the Zoom H4N recorder with our lav mics, but you can also use lav mics with your smartphone if you’re on a budget. 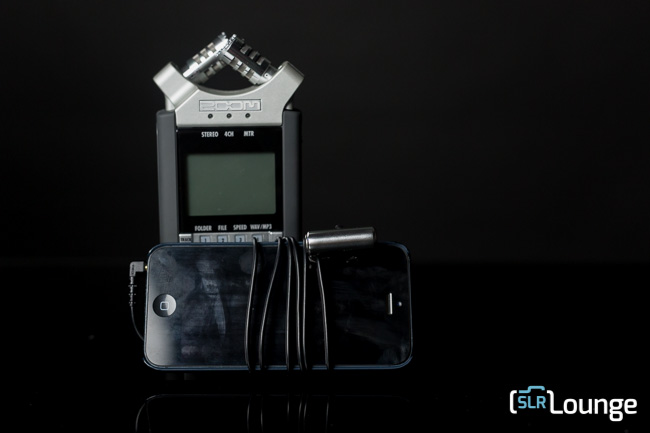 Shotgun Mic
Shotgun mics are highly directional and are commonly seen on Hollywood and reality television sets. Shotgun mics can be mounted on the camera and used for on-camera recording, or be mounted on a boom arm and plugged into an external recorder. The most common uses for shotgun mics are to capture dialogue, sound effects, or the ambient sounds in a scene. 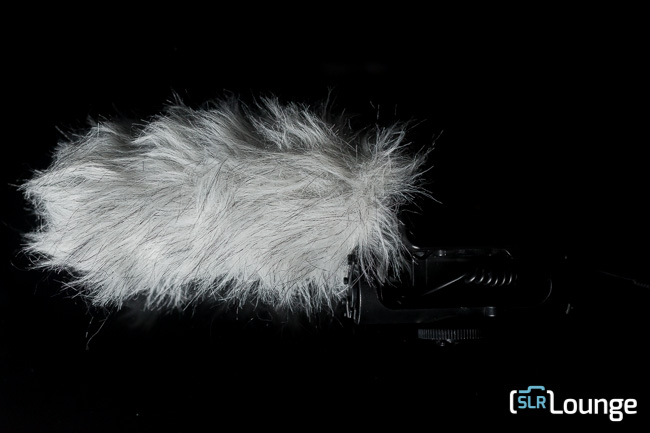 Like camera lenses, there are different types of microphones and they are all unique in the way they record sound. One way to choose which mic you need for a scene is to look at the Polar Pattern. The Polar Pattern will show you exactly where the mic will be picking up sound. 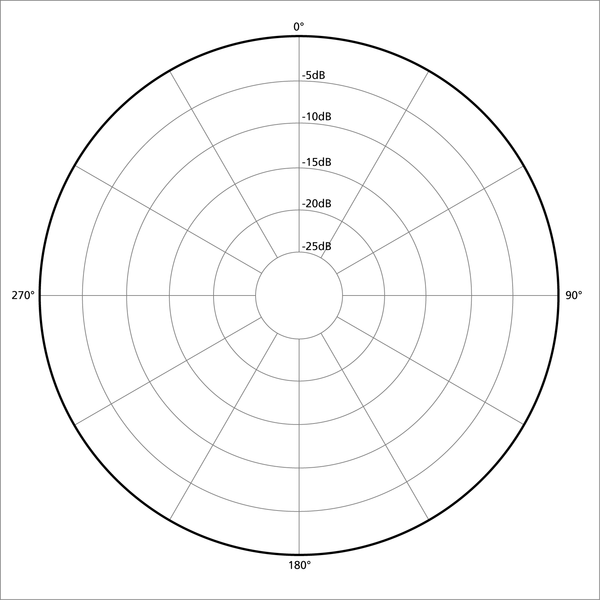 Bi-Directional or Figure 8
Bi-directional mics record sound from front to back (or left to right) and the mics sensitivity drops in the middle. 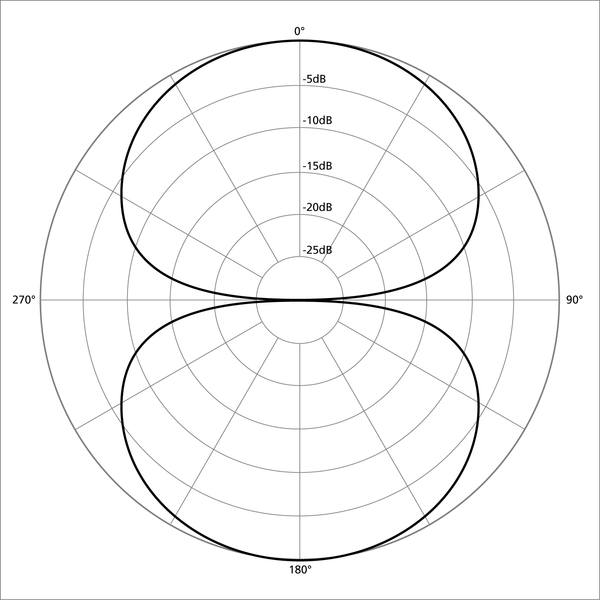 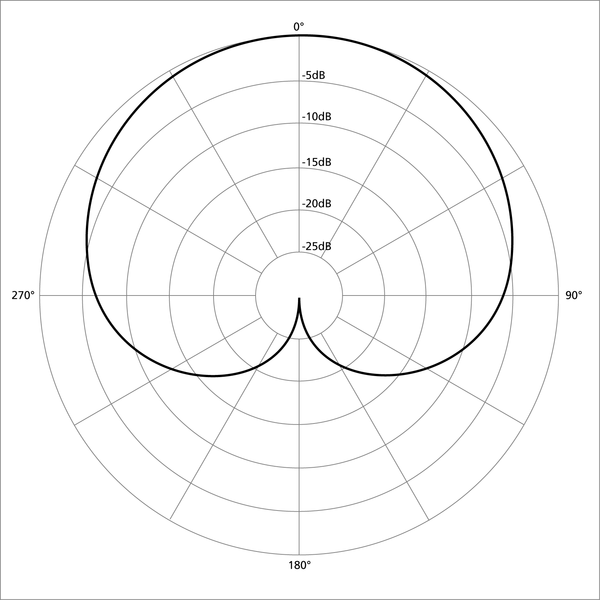 Directional or Shotgun
Directional mics have the most acute angle of sensitivity and can pick up sound from specific directions. 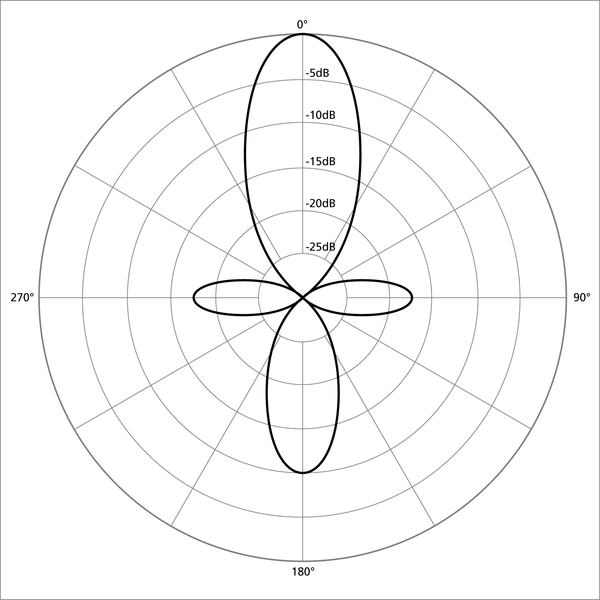 You should treat sound like the back of your teeth, although you can’t see it, you still need to take care of it. Poor sound can potentially ruin a film or video, but great sound can increase quality and the viewers experience. Next time you watch a film, pay attention to the sounds you hear and how that’s effecting your experience, then try to see if you can implement those techniques into the next video you record.

Tags #From Stills to Motion
Previous

Does Sony Have A New $1,000 Mirrorless Full Frame In The Works?