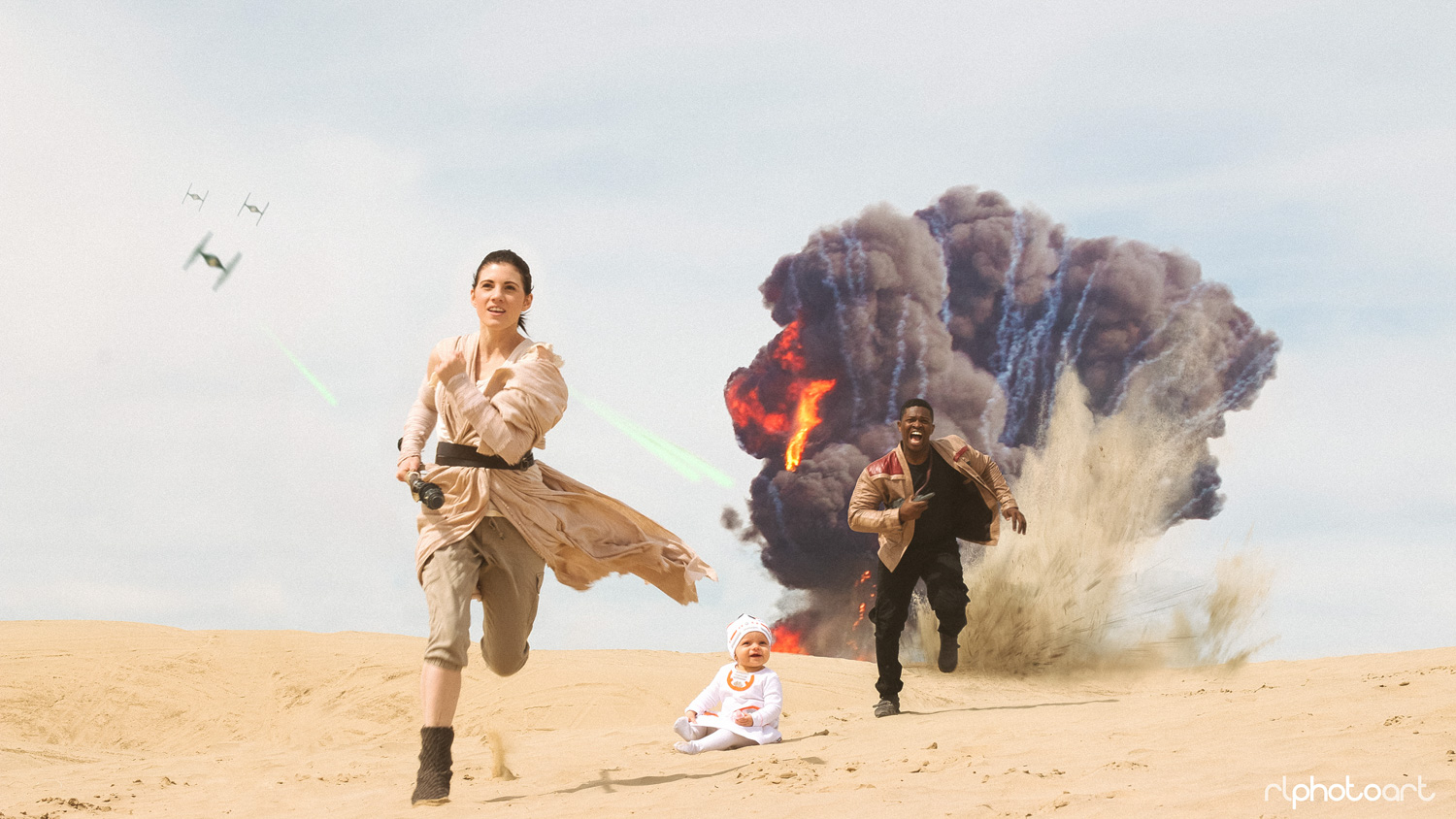 In the annals of history, Gene Roddenberry and George Lucas will go down even ahead of NASA as the creators of the greatest spaceships ever made. Roddenberry’s Starship Enterprise from that other space series could hustle along at warp 9, had photon torpedoes, and teleportation abilities, and was manned by the best, and brightest. But the Millennium Falcon had hyperdrive, was built to smuggle contraband, and was manned by a man and his…Chewbacca.

Where the Enterprise seemed to just work because of the ingenuity of Kirk/Piccard and co, Han and Chewie were forever making a hash of things and the Falcon was forever bailing them out. It humanized the characters and made characters out of the machines, where Star Trek felt comparatively antiseptic. 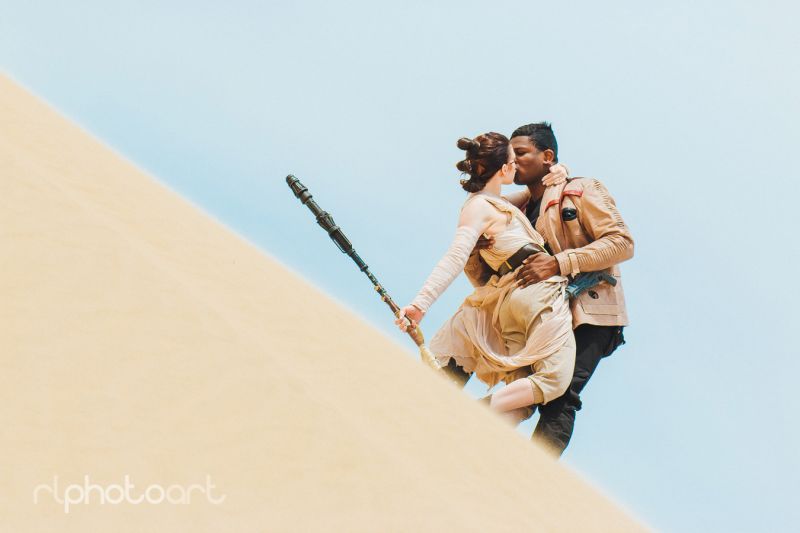 But this was part of the brilliance and wonder of Star Wars, it was total escapism of reality but the core was a story as old as time. There was the evil empire fighting the righteous forces of the princess, her guards, and some handsome, loner-rogue with a sidekick modeled after the director’s dog. It’s captured our imaginations for generations, and at one point or another, we’ve all wanted to be part of it. Luckily for photographer Lance Montgomery and soon to be married couple Finn and Rey, ahem, Victor and Julianne, they were able to.

In what can only be described as a serendipitous occurrence, Lance had met his engaged couple through family, and while he will be shooting their wedding, found out they were quite into cosplay and hugely into Star Wars. So much so, in fact, they were making their own incredible costumes, and even had their own live BB-8 (Addie)! Seeing this, then living so near the desert, Lance told me he had to carpe diem the hell out of that opportunity and asked them if they’d be up for doing this shoot on ‘Jakku’. There was no protest, and this Star Wars photoshoot is what we have here. 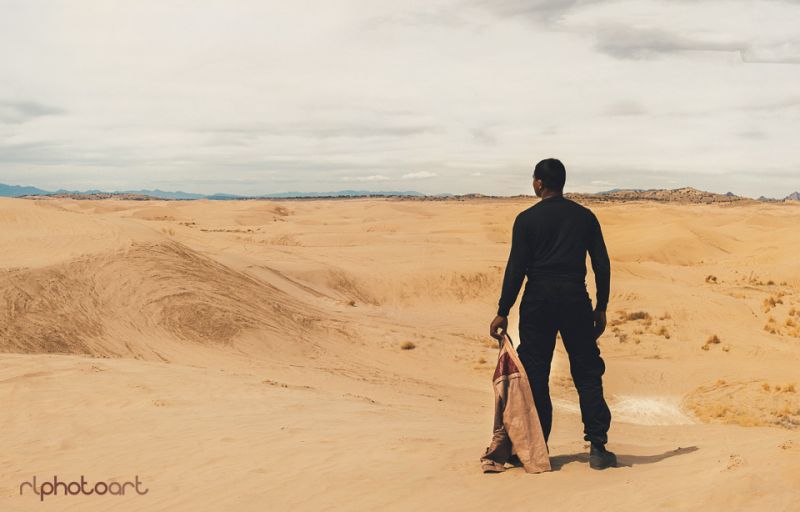 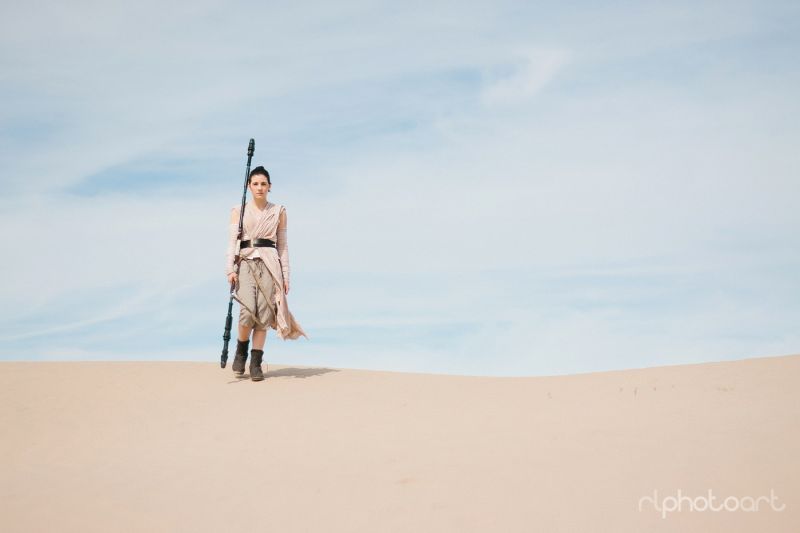 Lance is based in Utah, and relatively new to photography, though his background with Photoshop has helped him develop and nurture a creative eye. This series was his brainchild, and, I’m sure you’d agree, executed nicely. Here’s a look at his gear:

In this case, Lance says he used off-camera flash in HSS to augment the sun in a creative way, and you can tell from the shots, it’s all looking well balanced. 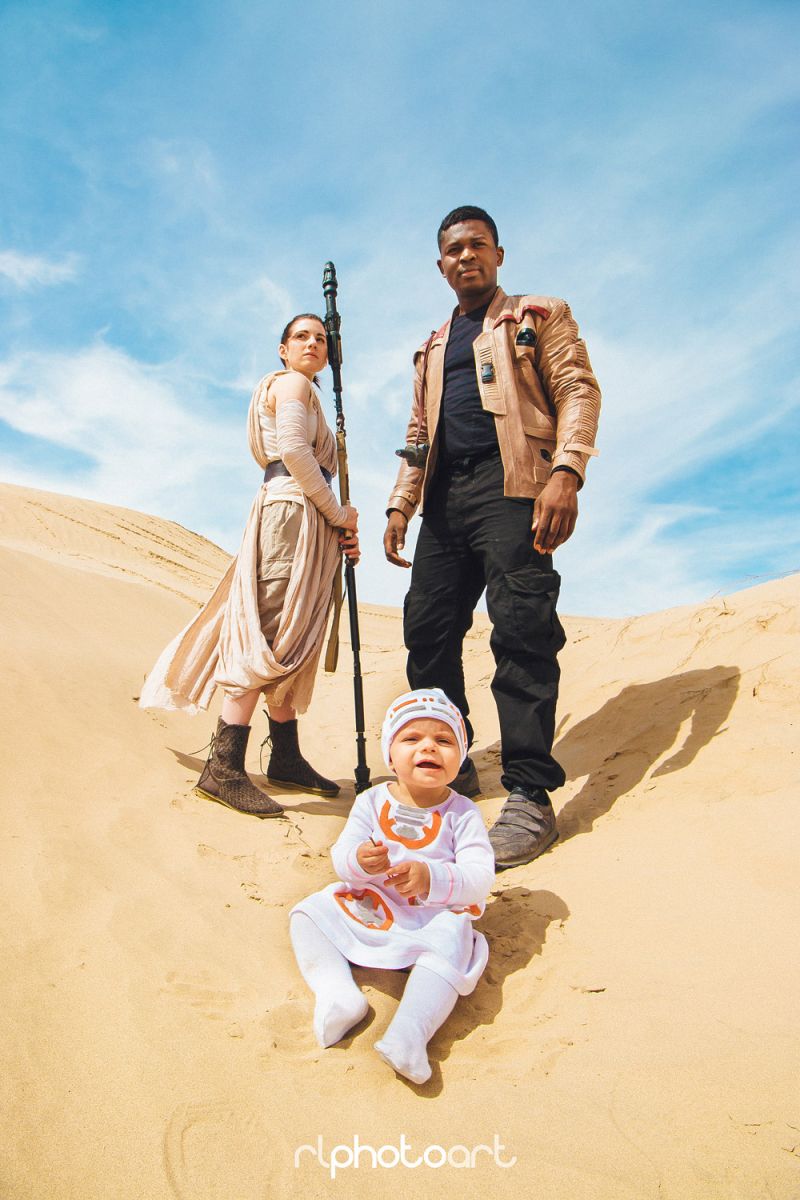 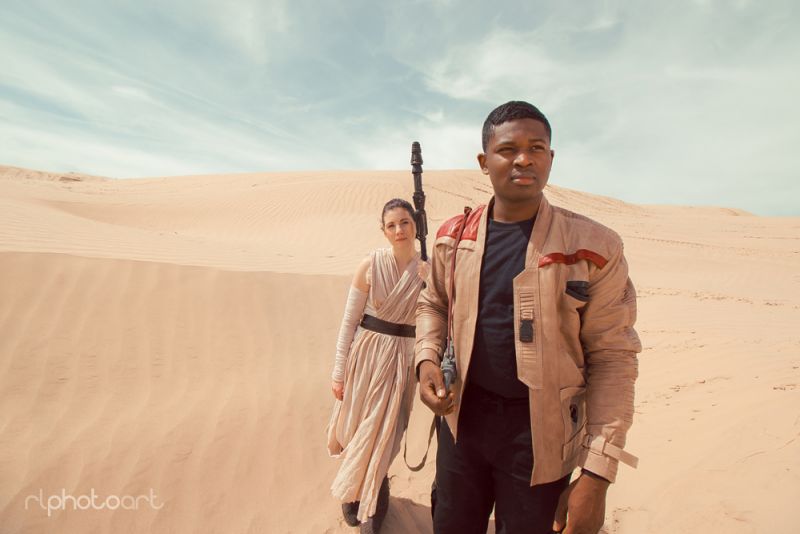 You’ll note some of the shots look so smooth as if there was a massive scrim or diffusion panel used, but Lance assured me it was again just making the most of the weather, as part of the day was incredibly harsh, making for nicely contrasty images that evoke the heat, and then the other half of the day was clouded in parts which gave that nice soft lighting, complemented by the flashes.

I remember once upon a time in a country far far away, going for a 1am jaunt down Petaling Street, Kuala Lumpur, where I bonded with a stranger over the beauty of photographing with simple equipment, and this series, shot on a Canon 70D and with a combination of 3 relatively inexpensive lenses and flashes, recalls that time in my memory; It serves as a poster child for the idea that you CAN get brilliant images with relatively basic gear. Lance uses presets at times, but usually his own and if any others just as a starting point.

You can see the full series of images over on Lance’s site, and you should because they’re all great. It would be also great to show this humble photog some love on his Instagram and Facebook where you can see more of his stuff. 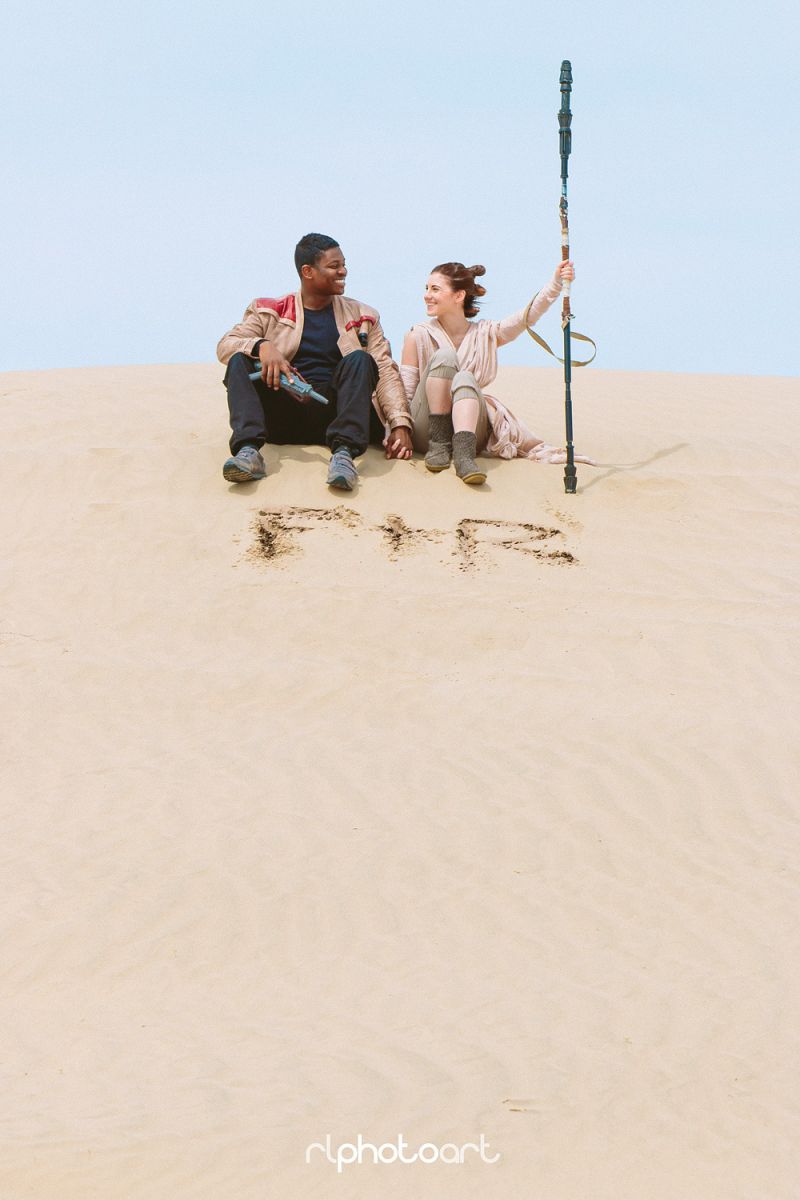 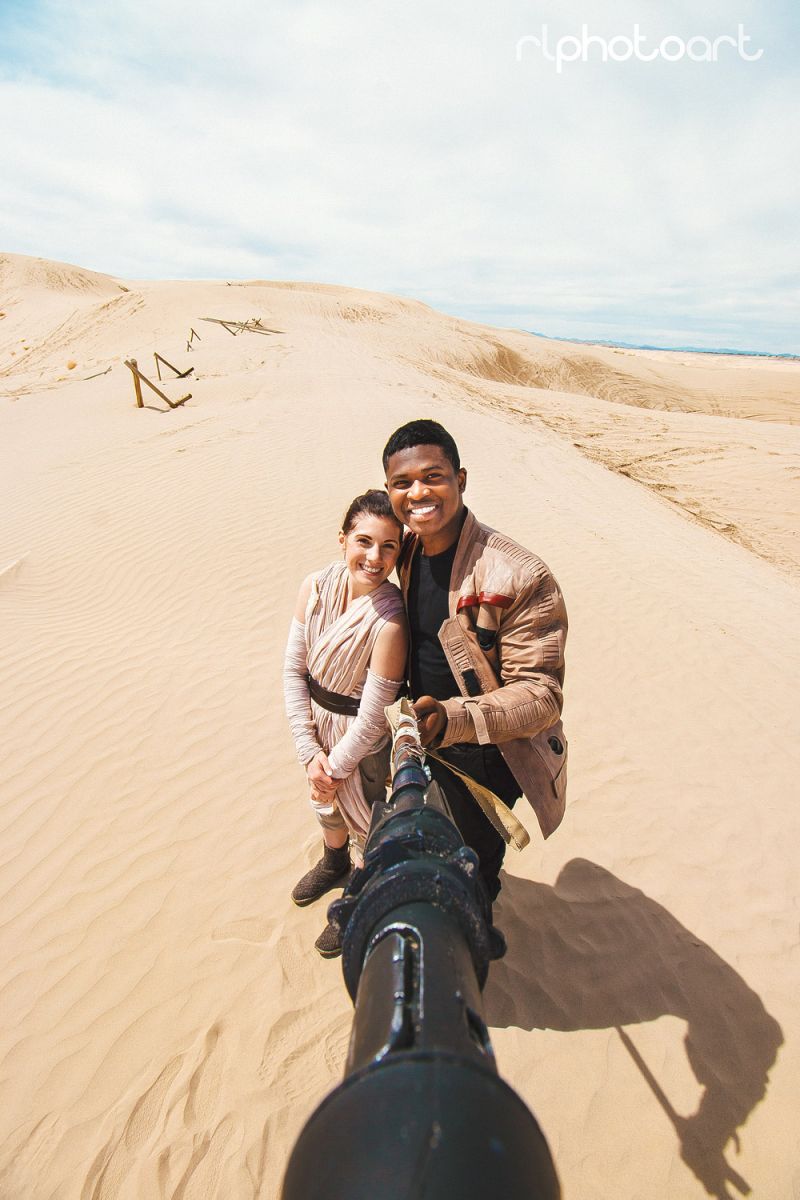 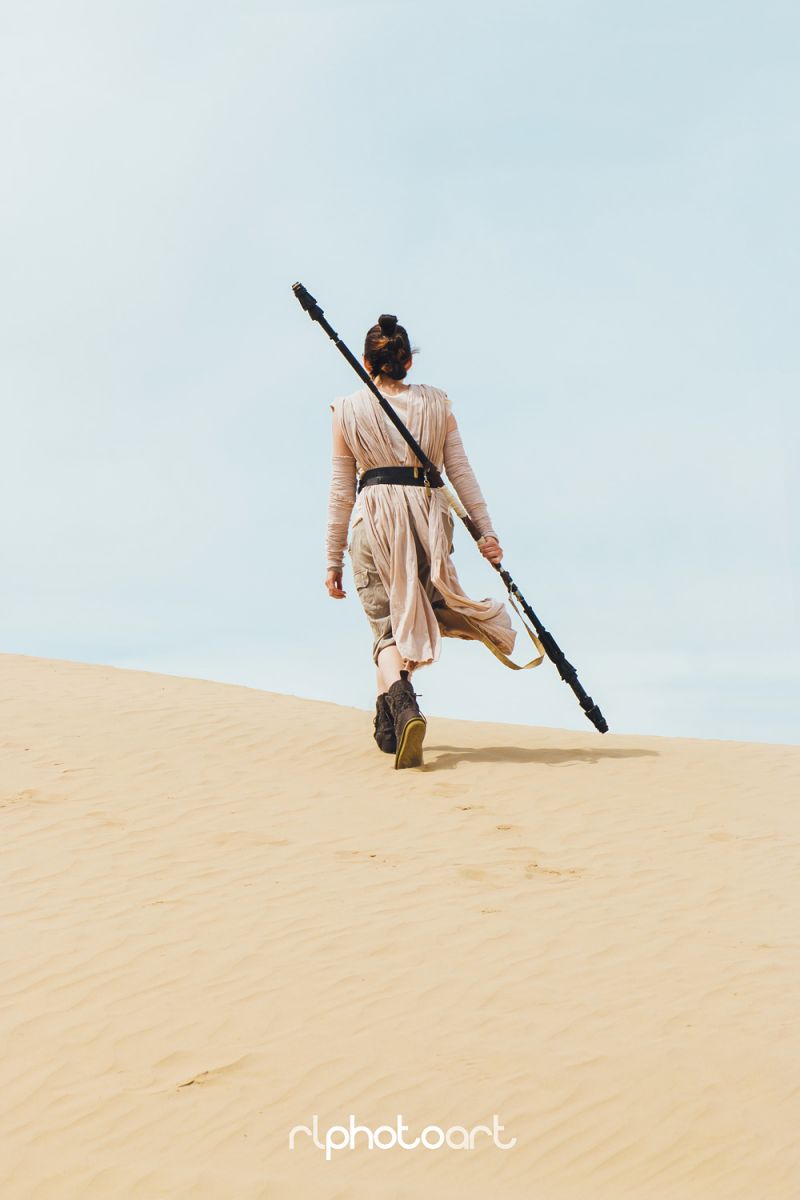 CREDITS: All images are copyrighted and have been used with permission by SLR Lounge. Do not copy, modify, or re-post this article or image without express permission from SLR Lounge and the artist.

Metrojojo: The AirBnB For Wedding Photography

5 Ways Your Lightroom Editing Is Ruining Your Images