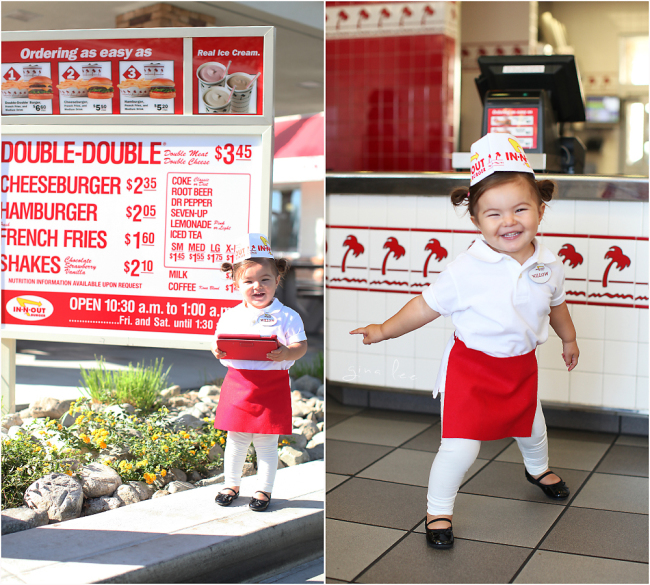 For Halloween one year, I dressed like a bunny. I painted my entire face white, wore a black leotard and bunny ears, pinned a cotton ball on my backside and suffered the entire school day trying not to scratch the terribly itchy face paint. My Halloween costumes got less elaborate after that year. I was in the third grade.

One photographer, though, has taken Halloween costumes to the next level (more like 20 levels) and has created some oh-so-cute costumes for her two-year-old daughter, Willow. What started as indecision as to what exactly to dress Willow up as that first year, became “Dress Up Willow Month,” as Gina Lee, a children and family photographer from Redlands, CA, made not one, but three costumes. (She did the same for her two older children their first year as well).

For Willow’s first Halloween last year, Gina dressed her up as a Roller Derby Girl, Carlos from the hangover and a Hot Dog on a Stick employee. 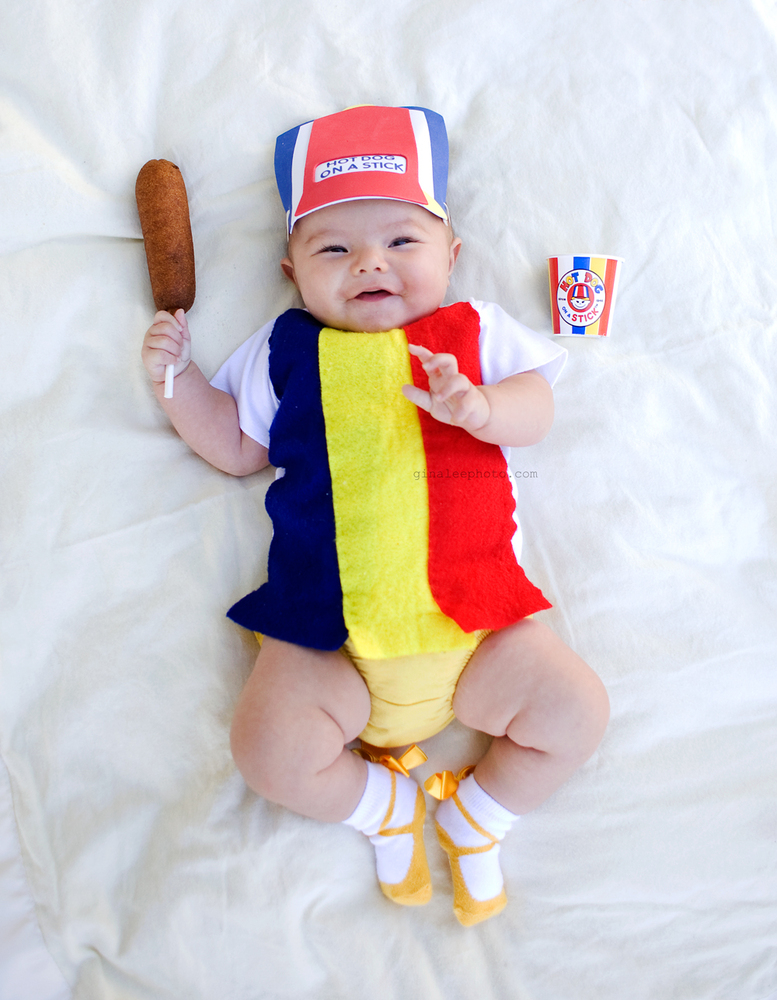 Gina then decided that she wanted to do some “couples” shoots and teamed up with fellow photographer Becky Hales and her son Cooper. The two adorable toddlers have since posed as some pretty famous duos in history, including Gilligan, characters from the musical Grease, and the Duke and Duchess of Cambridge – Prince William and Kate. Gina and Becky come up with a concept and then find items around the house to create the costumes, purchasing small additional items as needed.

Gina shares all the images on her Instagram account and has received a ton of attention lately for her creative and fun images. There are no signs of stopping as the ideas keep coming and Willow loves the camera, dressing up and posing for these photos. Plus, there’s still a week left before Halloween.

CREDITS: All photographs by Gina Lee are copyrighted and have been used with permission for SLR Lounge. Do not copy, modify or re-post this article or images without express permission from SLR Lounge and the artist.