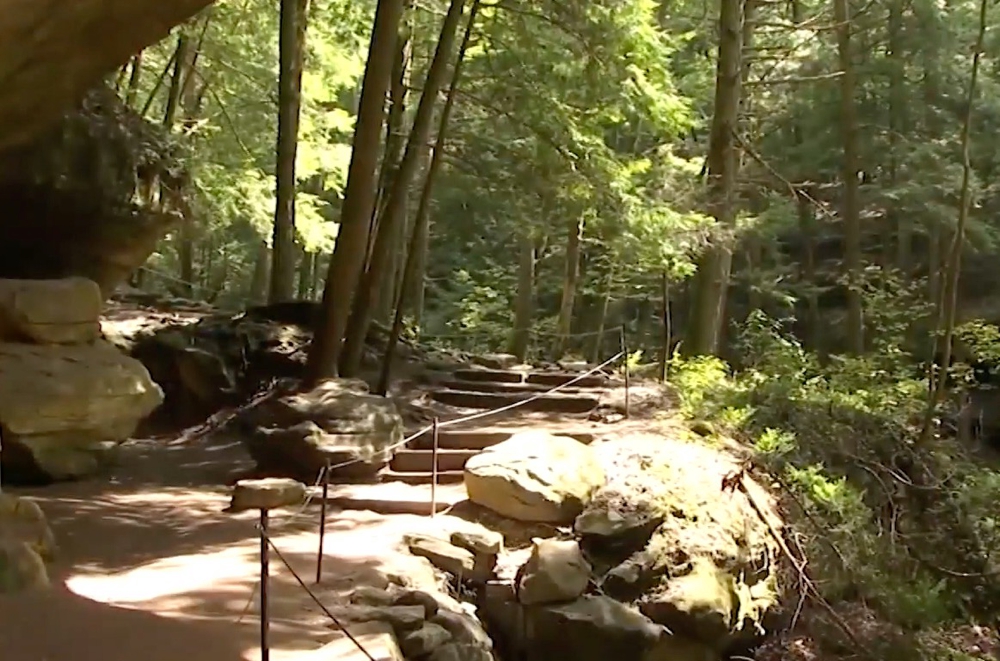 There’s been a recent death at Hocking Hills State Park in Logan, Ohio. Photographer Victoria Schafer was guiding a group of six local high school seniors through the park for senior portraits when a branch fell from a tree overhead, striking and killing her. Local authorities are saying Schafer’s death might have been the result of foul play.

FOX8 recently reported that Victoria Schafer had been shooting portraits for a group of local high school seniors at Hocking Hills State Park. She was standing on the stairs near Old Man’s Cave when part of the tree overhead came crashing down toward her.

When FOX8 questioned Captain Schaad Johnson of the Ohio Department of Natural Resources (ODNR), he said, “I would say we have information to support that the section of the tree that struck the victim did not fall by natural means.”

So was Schafer’s death the result of foul play?

“We do have evidence to support that individuals, and we have descriptions of them, were on the top section above where this incident happened and dislodged this section of tree,” Captain Johnson told FOX8.

The Ohio Bureau of Criminal Investigation and the ODNR are coming together on this investigation, and they’re requesting that anyone who might have been in the area at the time of the event come forward if they saw anything suspicious that day.

Not only that, but Southern Ohio Crime Stoppers (800-222-8477) is also offering a $10,000 reward to anyone who might have information that would lead to an arrest and conviction of the person/people responsible.

Southern Ohio Crimestoppers is posting a $10,000 reward for any information leading to the arrest and conviction of the…

[Related Reading: Police Officer Aims Gun at Photographer Because He “Doesn’t Know” What a GoPro Is]

Victoria Schafer was taken from us too soon. She is survived by her husband, Fritz Schafer and her four children. Victoria was a mother, a photographer, a volunteer, and she will be missed.

[Update] Two Ohio teens have been taken into custody in relation to Schafer’s death on charges of reckless homicide.

As per US law, the teens’ names have not been provided to the press, but they are now being held at the juvenile detention center in Lancaster.

Ohio Crime Stoppers are unsure whether or not the tips they received had anything to do with the arrest, but have stated: “hopefully this resolves everything for the family.”

Mary Merts, director of the Ohio Department of Natural Resources had this to say:

“I appreciate the public’s valuable contributions to this case and the perseverance and determination of the investigators.”

We’re glad the case is coming to an end, and we just hope the family can find resolution and peace through all of this.