SLR Lounge > Photography News > News & Insight > One Sigma 1.8 Zoom Or A Stable Of Three Nikon Primes | What Would You Choose? 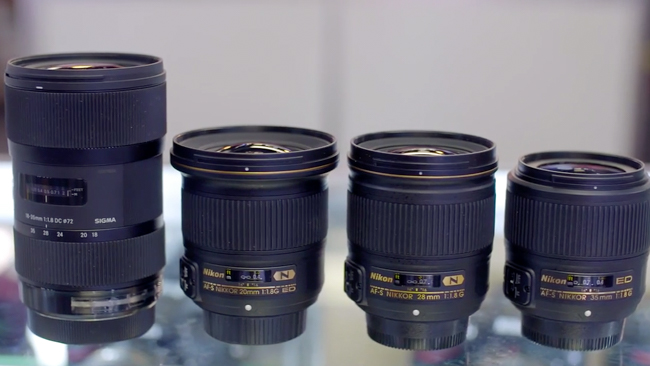 One Sigma 1.8 Zoom Or A Stable Of Three Nikon Primes | What Would You Choose?

Even with the more varied offerings and competitive pricing among full frame cameras today, cropped sensors still make up the majority of what’s created and bought. One of the ways that this has been sort of sad before, is that aside from the basic beneficial elements of shooting full frame, full frame glass was typically more ‘pro’ in terms of both build, and picture quality. Often, in the hopes and assumption that there would be an upgrade at a later time, cropped body buyers would purchase full frame glass to have some of these benefits, and to have a kit that was capable of elevating. But now, there may be a cropped sensor lens that will have you reconsidering a move to full frame.

Sigma, within the last year, has turned the entire DSLR industry a bit on its head, by making lenses so far removed from what anyone thought could come from a third party company. We almost exclusively use them for much of our work within the SLRL studio, and see little reason to change. Not only has the praise been ‘for a third party’, but overall, putting Nikon and Canon offerings to shame, and effectively putting them out to pasture. 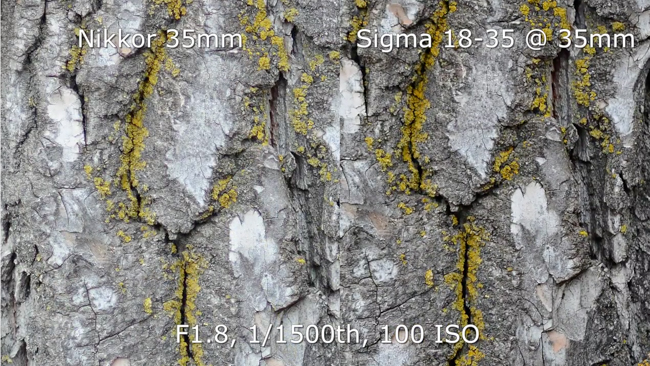 Not too long ago, they released the 18-35mm f/1.8 which we reviewed here and Matt, our resident camera tech geek and pixel-peeper had only good things to say about it. Now, the CameraStoreTV has put it to a new test. Essentially, the 18-35mm focal range covers a number of Nikon full frame ‘pro’ prime focal lengths, which together would cost north of $2000, and they wanted to see if this single Sigma offering was good enough and could replace the need for all those primes – saving money, change times, and weight. 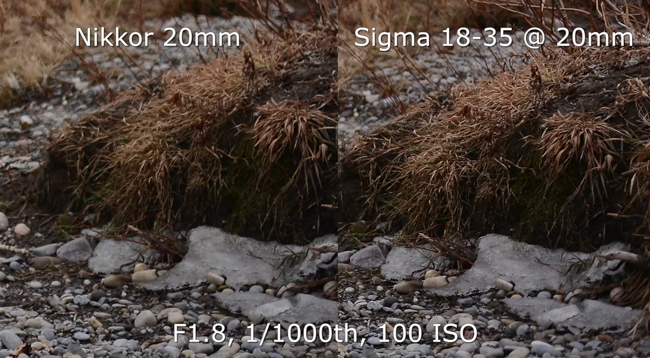 The test was not exactly scientific in nature, as it put FX primes (Nikon’s 20mm 1.8, 28mm 1.8, 35mm 1.8) on a DX D7100 body against a lens meant for the smaller sensor. Though they were using only the sweet-spot of the prime lenses, the results were rather telling. They’ll go through the gamut in the video, but suffice to say that other than in autofocus times, where differences were negligible, the Sigma outshot the competition in everything from edge-to-edge-sharpness, to bokeh, to color, and it did it all for around $800.

So if you were in the market, would you consider this an actual replacement for a stable of primes? See the full video and our own field review below.