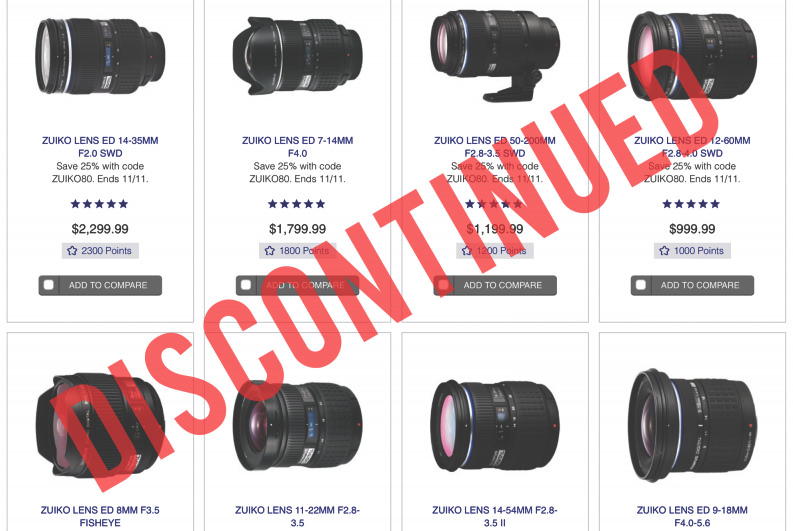 Any four thirds system hold-outs out there, it’s time to snatch up Four Thirds lenses while you still can. While some lenses are still in stock online, Olympus’s Zuiko lenses have officially been discontinued in favor of shifting focus entirely onto the still-relevant M. Zuiko micro four thirds lenses.

To anyone who is familiar with the Four Thirds system, this will come as no surprise. It is a true relic of the digital age, with no new cameras released for six and a half years, as reported by DPReview in an in memoriam post they’ve made which is also a handy primer if you are unfamiliar with the system. In its day, four thirds was was a hugely innovative system that paved the way for what has ushered in the next wave of digital cameras, likely to replace DSLRs unless something better comes along before the Big Two transition – micro four thirds and the birth of mirrorless.

The Four Thirds lenses can still be used on micro four thirds bodies with an adapter. Autofocus is said to be iffy this way, but if your main use for your micro four thirds system is video, that will pose no problem at all as manual focus is preferable anyway in that situation.

So, how are you taking the news? Is it a gut-punch like a ton of bricks? Or more of a “what’s this four thirds system anyway? Something in between?

Why I'm Considering Breaking Up With Canon For Sony