Some new, and very very interesting rumors, regarding the upcoming Olympus OMD EM-5 II, surfaced this morning. The new body, which is expected to be announced towards the beginning of February, is now rumored to have ‘sensor shift’ technology that will allow the user to shoot images up to 40MP.

This new report comes from 4/3 Rumors, which indicates that the original source of the information was new and anonymous, but that it has also been confirmed by one of his ‘best’ trusted sources. The report states that the E-M5 II will feature a 16MP sensor, that when shot with this new sensor shift technology will be capable of producing a 40MP image (using the sensor shift tech with up to 8 shots).

Currently it is thought that this will somehow utilize Olympus’s 5-axis image stabilization technology to shift the sensor. But the details about how this sensor shift tech will work are unclear.

The closest tech that we are aware of is Hasselblad’s ‘Multi-Shot Capture Mode’ on their H5D-200c. The Hasselblad tech currently only allows users to take up to 6 shots, the Olympus tech will allow for up to 8 shots, if the current rumor is to be believed. 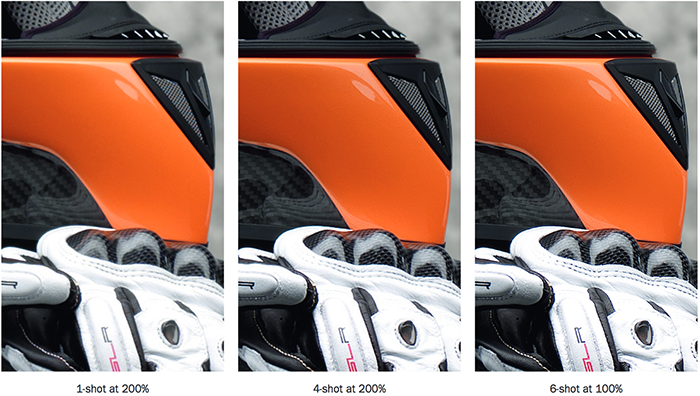 Olympus is clearly looking for a way to distinguish itself from other M4/3 offerings, and this tech would do just that. But I wonder how usable this tech will actually be. For example, if I shoot a landscape and the wind is blowing trees around, will it screw up my shot? I would also think shooting action of any kind would also be out of the question.

So my thoughts are that this is pretty cool tech, but at the same time it seems sort of limited in its uses. Maybe there is something about it that we don’t know yet that makes it better, but from what we know now, this seems like something that very few people would actually use on a regular basis, and if this is their ‘flagship feature’ for the E-M5, I think people will be disappointed.

What are your thoughts about this rumor? Do you see a wider use for this ‘sensor shift’ technology that I do? Would you use it on a regular basis? Leave a comment below and let us know that you think!

Sigma DP1 Quattro: Surprising On The Inside, Unique On The Outside