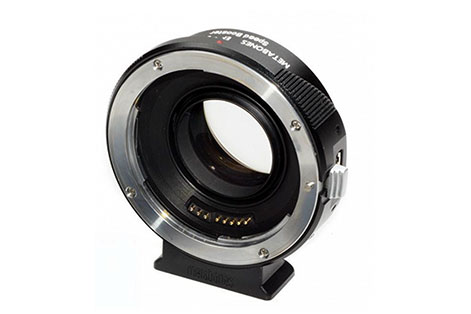 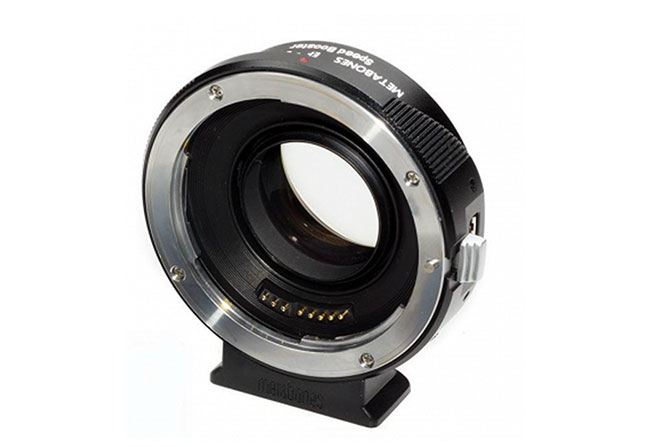 This is almost just too good to be true, but according to Philip Bloom, the soon-to-be-released Metabones Speed Booster for Sony E-mount and Micro 4/3s system will increase the maximum aperture of a full-frame lens by 1 stop, widens the focal length of the lens, and increase MTF resolution of the lens!

The Speed Booster adapter also allows for electronic aperture control and lens stabilization, but not AF. The adapter also houses 4 lens elements/optical system to focus all the light to the smaller image area.

Below is a diagram that shows how the adapter shrinks area of coverage of a full-frame lens. An APS-C sensor and a m43 sensor can utilize the smaller coverage of a FF lens, and the m43 sensor should be able to utilize APS-C lenses as well. 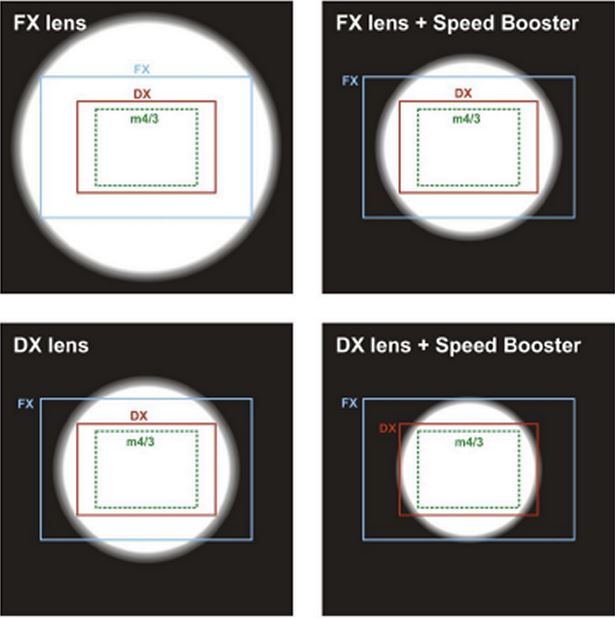 So will this adapter be worth it? I think so, especially since wide-angle lenses with fast aperture can be expensive. However, the Metabones Speed Booster will not be cheap. The retail price when it is expected to ship later this month from Metabones.com is $599.

Be sure to read Philip Bloom’s article to see his sample images and read a more in-depth look to the Metabones Speed Booster adapter.

You can also read more about the adapter on Metabones.com. The E-Mount version is the first to come out, followed by the Micro 4/3 and Fuji X-mount. If you want to read the technical white paper, it is available for download. 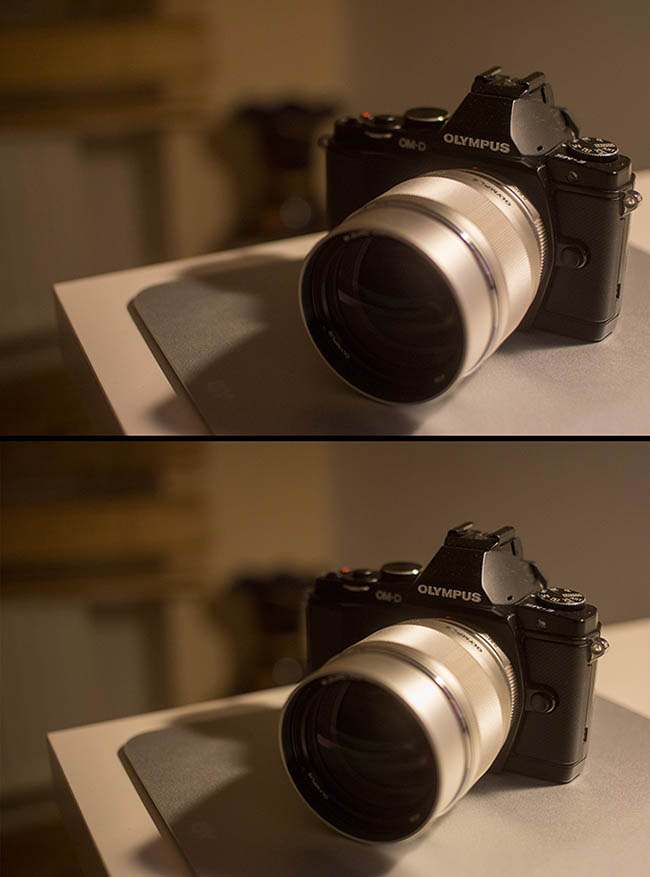 To read the rest of the test, visit EOSHD.com.

Petersburg, VA, USA, January 14, 2013 – Metabones® and Caldwell Photographic jointly announce a revolutionary accessory called Speed Booster™, which mounts between a mirrorless camera and a SLR lens. It increases maximum aperture by 1 stop (hence its name), increases MTF and has a focal length multiplier of 0.71x. For example, the Canon EF 85mm f/1.2L II lens becomes a 59mm f/0.9 lens on a Sony NEX camera, with increased sharpness. The faster F-stop allows for shallow depth-of-field and a lower ISO setting for decreased noise.

The optics of Speed Booster is designed by Brian Caldwell, PhD, a veteran of highly-corrected lens designs such as the Coastal Optics 60mm f/4 UV-VIS-IR APO Macro lens with exemplary MTF performance (focusing done with visible light requires no correction whatsoever for the full spectrum from UV to IR).

Speed Booster serves double-duty as a lens mount adapter, from Canon EF lens (but not EF-S) to Sony NEX, with auto-aperture, image stablization, EXIF and (slow) autofocus support for late-model (post-2006) Canon-brand lenses. It will be available in January 2013 from Metabones’ web site and its worldwide dealer network for US$599 plus shipping and applicable taxes and duties.

Other mount combinations will follow shortly afterwards. Leica R, ALPA, Contarex, Contax C/Y and Nikon F (with aperture control for G lenses) will be supported, as will Micro 4/3 and Fuji X-mount cameras. Support for other mounts will be added in the future.

Behind The Scenes: "Inferno" | Tuesdays With Lauri