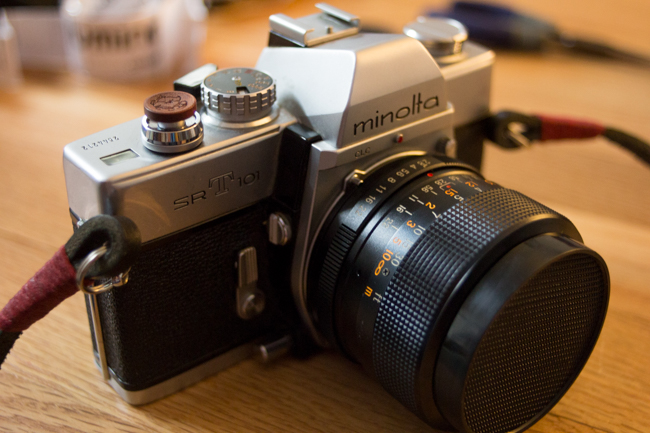 Lolumina Soft Release Buttons| An Option for the Threadless Shutter

When I look at Leicas or Fuji X-series cameras, I often fall in love with their stunning image quality wrapped in the allure of the tiny rangefinder-esque bodies. They are unobtrusive, inconspicuous, and non-intimating; three things that are perfect for street photography. Let’s not forget that the cameras themselves are drop dead gorgeous with their retro-inspired controls and classic looks. These looks have inspired cameras like the Nikon DF and the Olympus OMD series (something that hipsters everywhere will be thankful for). 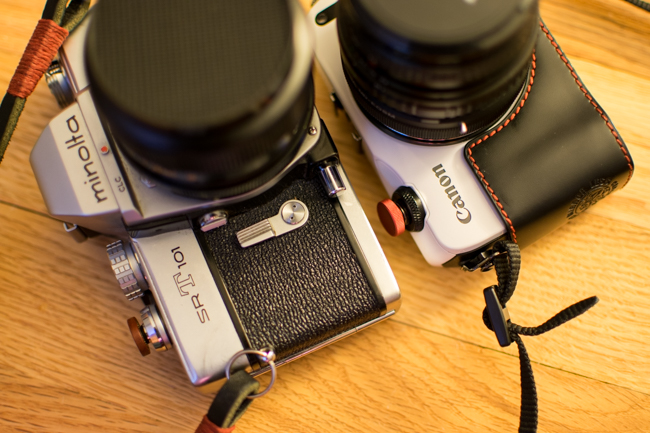 The one detail that I love the most about these cameras is the threaded shutter release. These were originally meant to attach a remote release cable. They are now antiquated with the inclusion of IR sensors and Wifi in the newest cameras, but a high contrast shutter button still possesses the romantic appeal of the film age.

Soft-release buttons serve a utilitarian purpose under their pleasing aesthetics. High-end cameras have a rubber o-ring under the shutter that gives a softer feel. The purpose is to provide a compression barrier between your finger and the firing mechanism. Adding a soft-release spreads pressure over a greater area allowing you to have more control when you activate the shutter. With the added benefit of reducing shake blur, soft-releases allow you to build up tension in a more organic way instead of mashing your finger onto the button, like so many point and shoots. 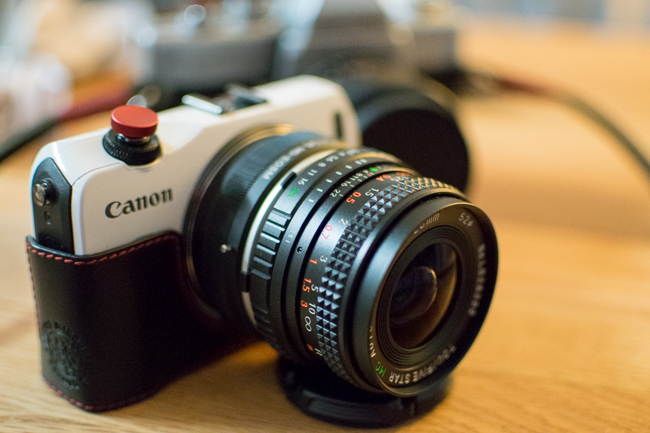 Few modern cameras have a threaded shutter release; even Fuji didn’t add one to their flagship X-T1. Companies like CustomSLR and Artisan Obscura have provided options for soft-releases. In my opinion, gluing a piece of wood or silicone to your shutter doesn’t give you that level of feedback that a true soft-release would (especially in lower end cameras). One company I came across that offered a suitable option was Lolumia and their series of soft-releases.

Like other products on the market, the Lolumia button mounts to your camera via semi-permanent adhesive, but that is where the similarities end. Instead of offering a one piece solution, Lolumia’s button has two stages. The base is a threaded shaft that sits on your shutter, a rubber gasket, and the button itself. The modular design allows for various designs to be swapped out. 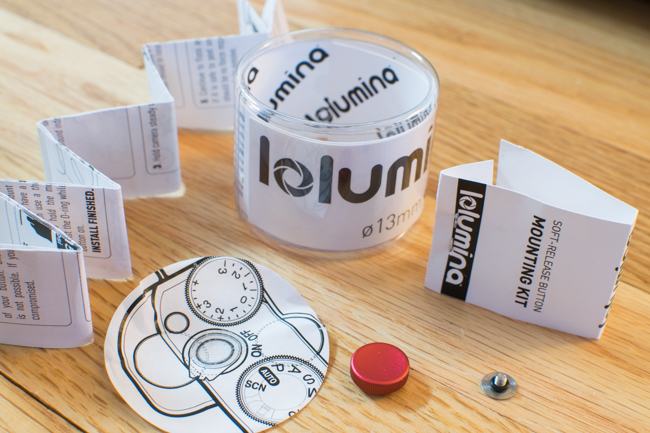 Each kit contains two bases (one curved and one flat). Make sure you use the appropriate base for your camera. My EOS-M has a rounded shutter and cameras like the Pentax Q, or Sony A7R would required the flat base. The adhesive will “cure” fully in about 24 hours and will be semi-permanent. If you decide to remove the base, some dental floss can be used to remove it easily. Also in the kit is an alcohol prep pad, and extra o-ring, the soft-release and a handwritten, personalized ‘Thank You’ note.

At around $12, the little button can help steady your camera so you can concentrate on getting the shot. I feel less like I am mashing the shutter and more like using a precision tool, making my camera more enjoyable to use. I chose the concave button for my camera (I like a place for my finger to rest on), but if that isn’t for you, Lolumia also offers a convex option in a myriad of colors and sizes on their website here.