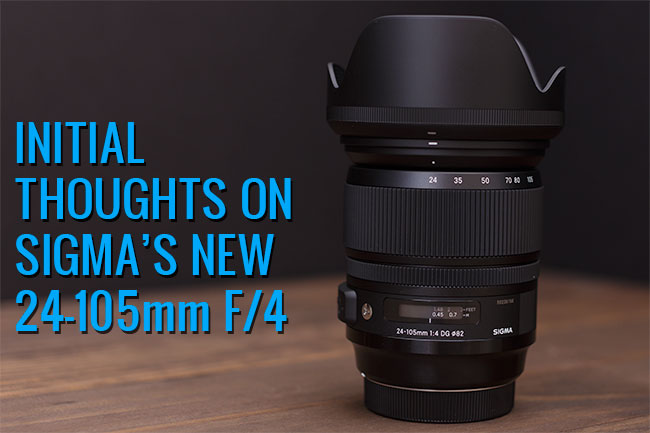 The 24-105mm range is the standard kit lens for most full frame DSLR bodies from Canon (though, recently they have begun to pair some bodies up with the 24-70 F/4). But, as was shown in our recent Canon Lens Wars Series, the performance of the Canon 24-105mm F/4L left a lot to be desired when compared to the rest of the Canon lens range. Its performance on its own was not bad , but when compared with the other Canon lenses, it was found to be wanting.

Enter Sigma and their new 24-105mm F/4. I have heard rumors that this lens’ sharpness wide open puts the Canon version to shame, and I can not wait to get a chance to test that out. I just picked up the lens last night, brand new from my local camera shop, so I wanted to share my initial impressions prior to giving it a good run through over the next few days. 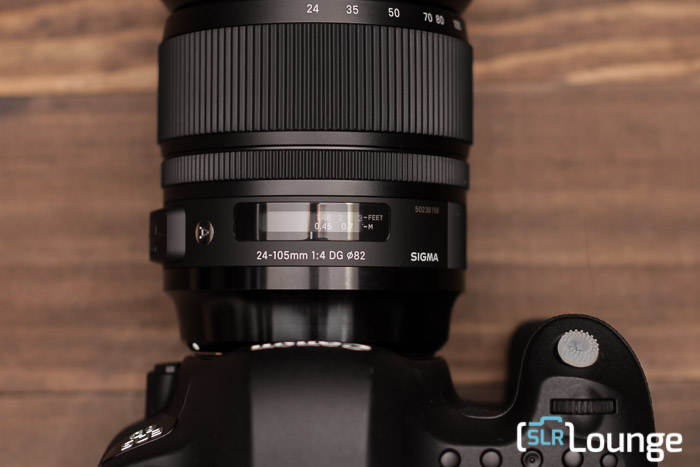 Before I can really go into the handling of this lens, I would be remiss to not talk about how gosh darn beautiful it is. Seriously, these new Sigma Global Vision lenses are drop dead sexy, and this new 24-105mm F/4 is no different. 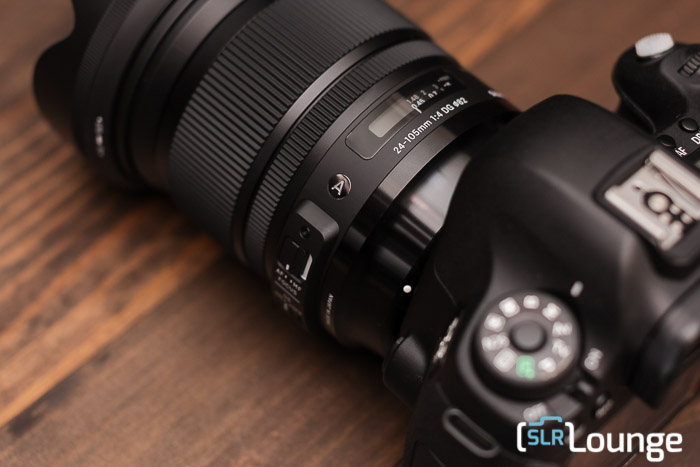 It has a noticeably more elegant style to it when compared to the Canon 24-105mm, the Sigma just looks expensive and high quality. In addition to looking the part, this lens feels the part as well. It has some serious heft to it when compared to the 24-105mm from Canon that I held while at the store. To some this may be a negative, but for me, I like my lenses to have some weight.

The zoom ring on this lens is smooth as butter, it really takes little effort at all to move along the zoom range of 24 to 105mm. That is not to say that it just flies around, it has some resistance, but just that perfect amount so that it’s easy to move, but not too “loose.” 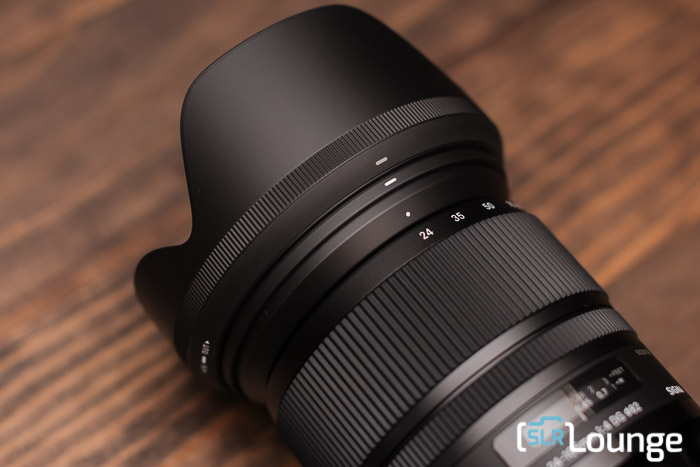 One other area that jumps out as an advantage to the Canon is the filter size. The Sigma has a rather large 82mm filter size, so filters will be expensive. But, being as I don’t use filters very often, this is not a worry for me. 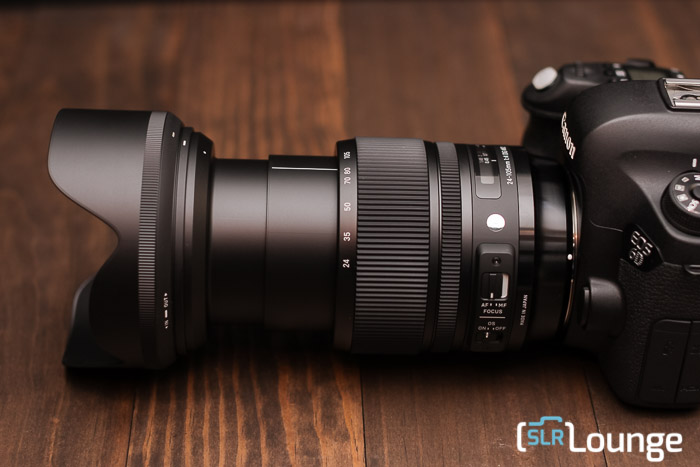 One other slight (and I mean slight) annoyance is the two step extension barrel when you zoom the lens out to 105mm. The Canon version of this lens has a single barrel that extends, the Sigma (as seen above) has this two step barrel extension that in my opinion looks cheaper than a single barrel. But it is just a perception thing and does not effect performance at all.

The supplied lens hood looks and fits well on the front of the lens. It is made out of plastic, but feels solid enough. This is important to me because I always prefer to shoot with lens hoods on for added protection of my front element (since I rarely use filters). 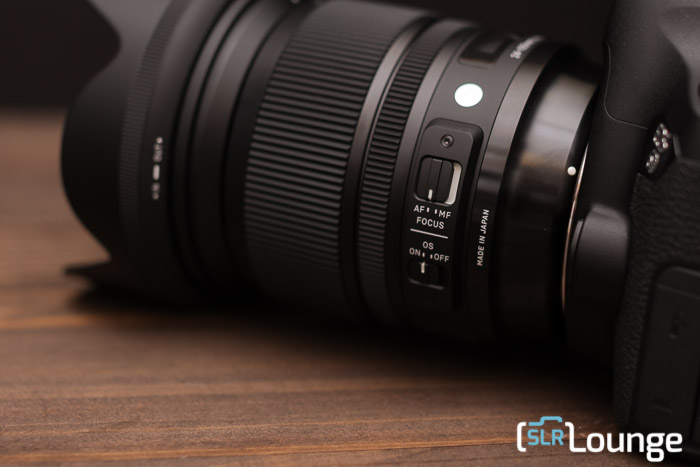 Finally, the OS in this lens looks to be pretty impressive. I am excited to test it out in a real life situation, while I am performing handheld video interviews of professional athletes later this week. The IS on the Canon 24-105mm is great, and it probably one reason why it is a fairly popular lens for video shooters. I am curious to see how the Sigma compares.

I hope to have some test samples and other observations on the actual performance of the lens within the next few days as I have more opportunity to try it out. In the mean time, please ask any questions that you may have regarding this lens in the comments below. What do you want to know about this lens? What specific tests should I try while I am out and about with it? Leave a comment below and I will try to respond to everyone as fast as I can.

Squarespace for Photographers | Pros and Cons