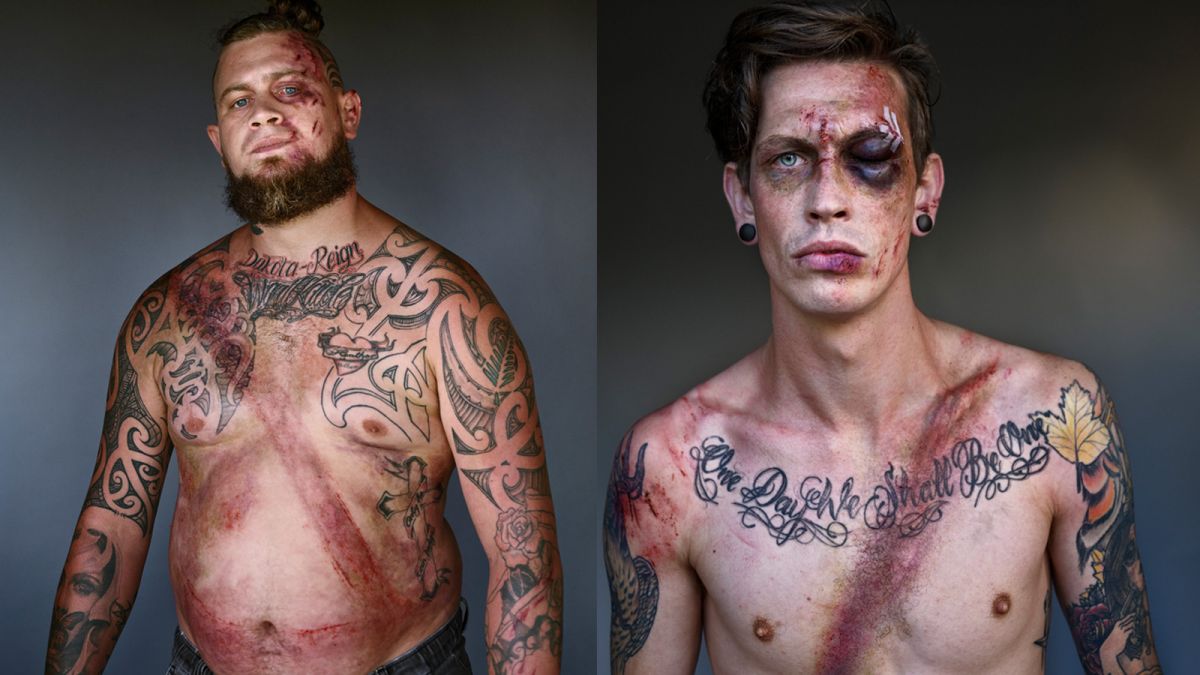 You’ve likely seen the signs posted along the highway at one time or another, “Click It or Ticket,” flashing in dim yellow lights on the side of the road to remind drivers to buckle up or else chance getting pulled over and fined. However, while monetary threats provide a somewhat compelling reason to obey the law, having to pay a fine is far from the worst that can happen as a result from not wearing one’s seatbelt. Recently, Clemenger BBDO Wellington, a creative marketing and advertising firm in New Zealand, teamed up with the New Zealand Transport Agency to create the “Belted Survivor” series, a visceral photo campaign that features real crash survivors to illustrate the importance of wearing a seatbelt while riding in a car. 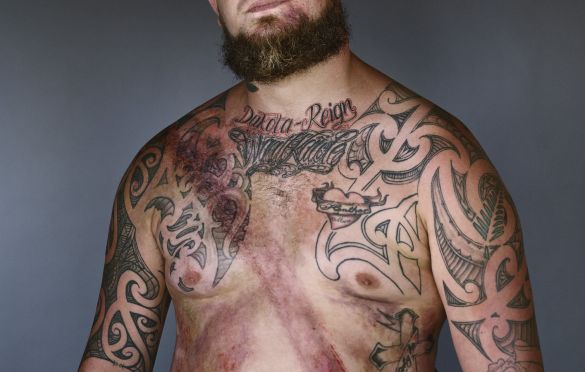 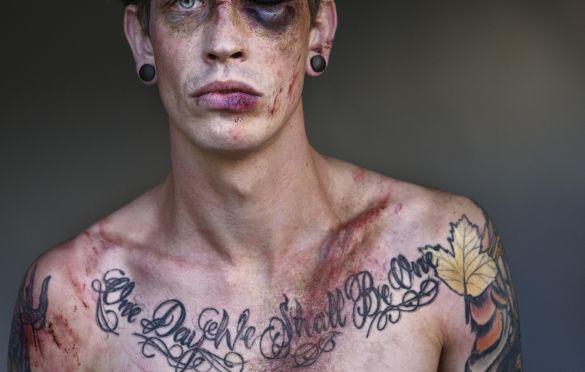 According to a statement from Clemenger BBDO, “Around 90 people die on New Zealand roads every year because they’re not wearing their seatbelt. Young males make up the majority of these fatalities.” Unfortunately, this particular demographic typically considers a seatbelt an “unnecessary accessory.” In order to relate to the target audience and drive the message home, Clemenger BBDO partnered with Vice to reach out to and gather testimonies from crash survivors and present them in a dramatic series of portraits. 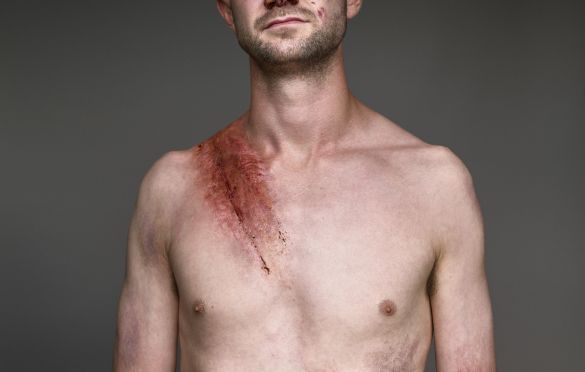 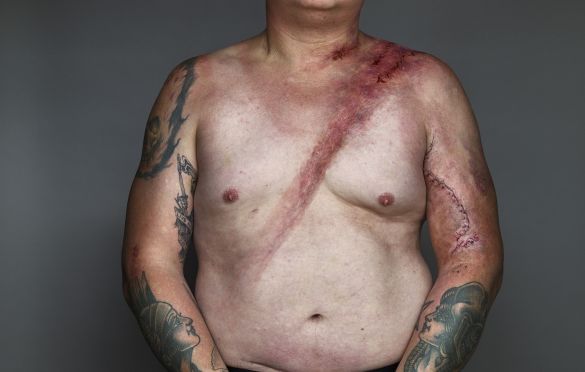 The campaign ultimately centered on ten individuals from the communities for whom the message is intended. A photographer and a team of special effects make-up artists from PROFX visited the survivors in their homes and used photos taken after the crash to recreate their injuries. The most striking visible mark, one that each young man represented in the series shares, reaches down from their shoulder to the opposite hip. It is evidence of the “accessory” that saved these men’s lives. As noted by Emergency Medicine Specialist Dr. Tash McKay, “A seatbelt really does leave a mark like this. They will save your life, but they will leave you a mark to show how they’ve done it.” 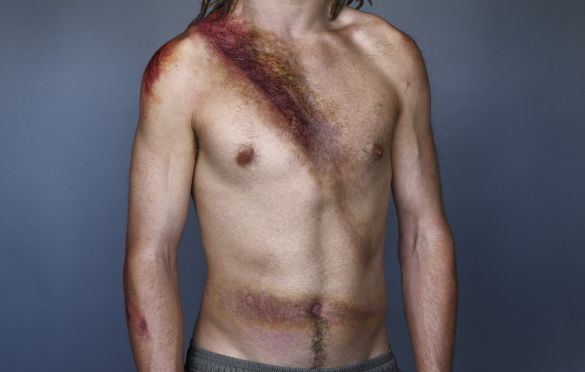 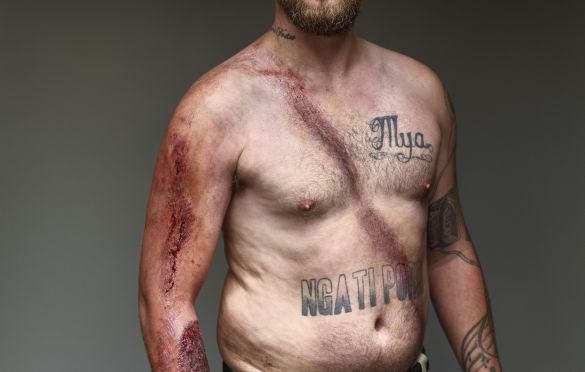 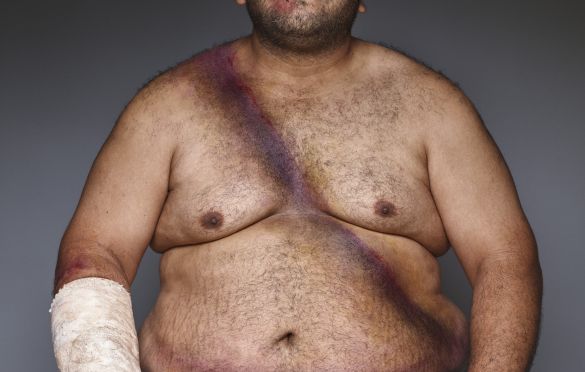 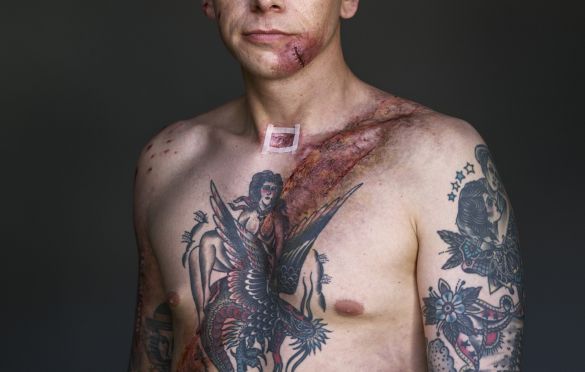 In addition to the portraits, a site (beltedsurvivors.nz) has been set up for others to share their own story of survival. As a result, Clemenger BBDO hopes the campaign will continue to “evolve as more of these stories are shared and amplified, highlighting the positive impact seatbelts continue to make.”

“You can’t argue with these stories. They’re real experiences, lived by real people. We hope this truth will move our audience to wear their seatbelt.”

You can learn more about the “Belted Survivor” campaign here.

All images used with permission from Clemenger BBDO

What is the Best Cold Shoe Flash Bracket? | Never Break A Speedlight Again

Canon RF 70-200 and 85 1.2 DS Images and Specs Leaked Ahead of Expected Announcement